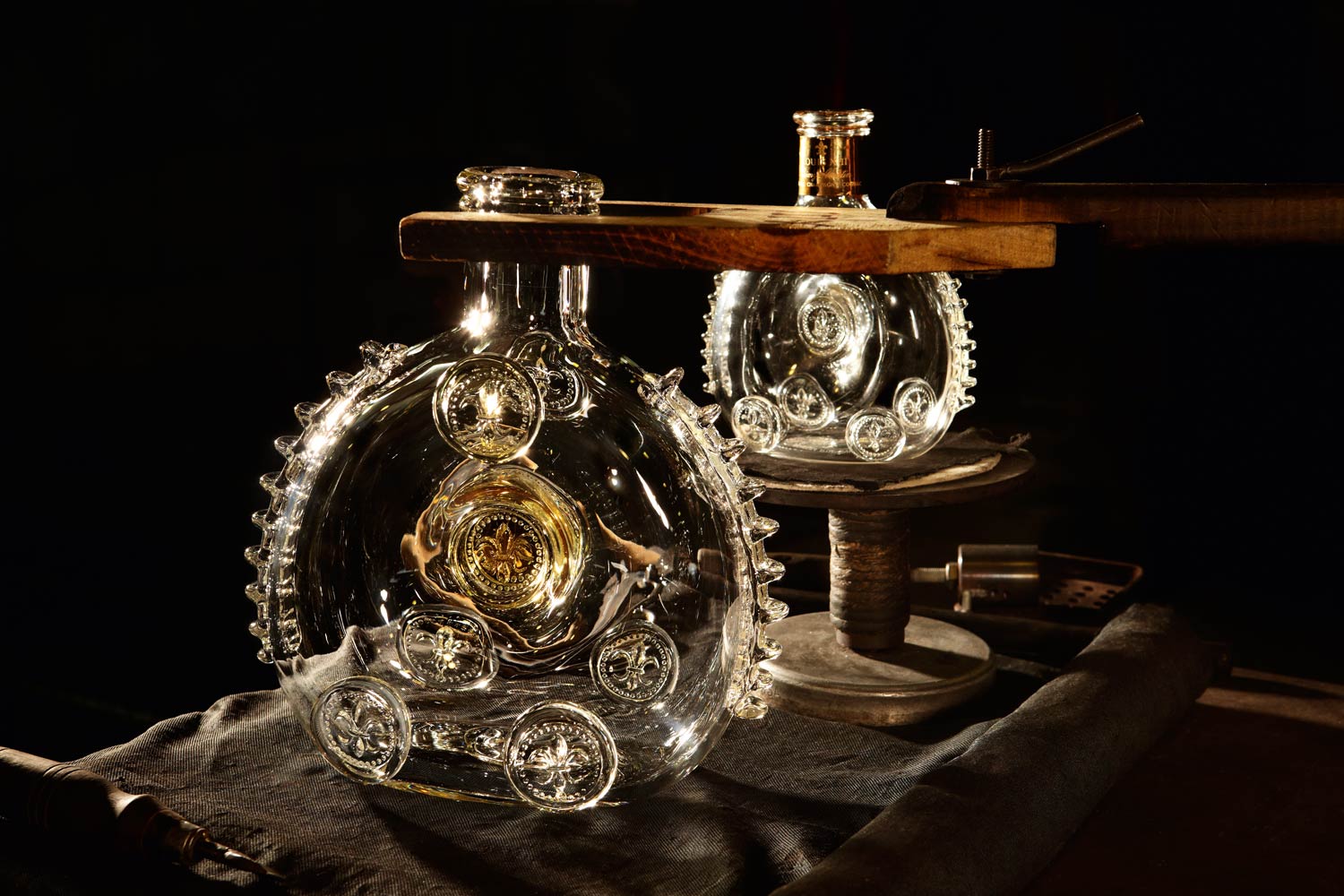 A worldwide quest to unveil a hidden treasure has been launched by the Louis XIII, considered by many as the most precious cognac in the world. The “Quest for a Legend” is a worldwide search for the rarest Louis XIII decanter on earth. 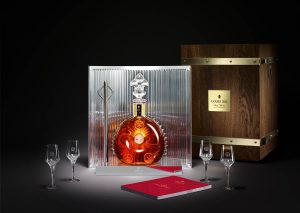 The Quest will scour the globe in pursuit of this hidden treasure and the search for the rarest decanter in Singapore, Malaysia, India and the Philippines will commence on 3 February, 2015 and ends on 31 March 2015. It is going to be a thrilling journey to encounter the Louis XIII legend.

Created in Cognac in 1874, Louis XIII set out to carve its footprint in various parts of the world. The first few decanters crossed the borders of Europe and set sail for the United States in 1876. In 1881, the fine French elixir reached the shores of Asia to be savoured throughout the region, from China and Hong Kong to Singapore. Louis XIII has continued its journey around the globe since. A century of craftsmanship is reflected in its complex blend of 1,200 eaux-de-vie bottled in an exquisite decanter and enjoyed by a select few for more than a century.

The “Quest for a Legend” will start in Asia, commencing first in Singapore, Malaysia, India and the Philippines; thereafter it will continue its search in other parts of the world.

A Quest to Reveal a Secret Treasure 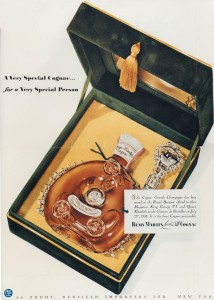 The “Quest for a Legend” seeks to find hidden decanters of distinctive value across the globe; the rarest Louis XIII decanter in existence, the most unique and best preserved. It might be stored in a cellar in London, locked in a French chateau, stowed on a distant island or located in a penthouse in Singapore. Whether it is an heirloom, a cherished memento or an acquisition from an auction, each decanter possesses its own story and holds dear to each of its owner.

Today, the house of Louis XIII invites private collectors in Singapore, Malaysia, India and the Philippines to unveil their treasures in the first ever quest to discover gems from its own legacy. Louis XIII collectors in Singapore who believe they are in possession of the rarest Louis XIII decanter are encouraged to send details and photos of their LOUIS XIII bottle via SMS Text, Whatsapp or to the local Rémy Martin office.

The owners of the rarest decanter found in Singapore, Malaysia, India and the Philippines will win the grand prize of a visit to the Rémy Martin Estate in Cognac, France.

According to Marie-Amélie Jacquet, the fourth generation of the Hériard Dubreuil family which has run the prestigious Rémy Martin cognac house of 90 years, Louis XIII is special because of the way it is made. 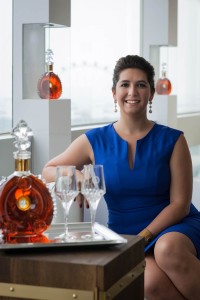 “The gamble to age the cognac for a few decades and see what happens and in 1874 the decision to ship the cognac not in barrels but in specially made crystal decanters makes it a unique product.” She says although in her family, Louis XIII is not really saved for special occasions, it’s such a unique product and exceptional spirit, it would be lovely to have it every day as you wouldn’t get bored with it. “It’s something to be cherished and enjoyed sparingly because even if the occasion is not special, drinking Louis XIII makes it a special occasion.”

“The ‘Quest for a Legend’, offers Louis XIII fans and collectors the chance to be part of the brand’s history. It is a chance to unite devotees of legacy, craftsmanship, beauty, history, adventure and legend. This Quest is not a race against time, it is time itself that we are after,” said Ludovic du Plessis, Global Executive Director of Louis XIII.

“We are proud to be the first region to lead the ‘Quest for a Legend’, in search of the rarest and most unique decanter. Louis XIII set foot on the shores of Singapore, Calcutta and Penang in 1881 and by 1883 it had reached Manila” added Christophe Bourrie, Regional Director (SEA, India and Middle East) of Louis XIII. “We amazed at this discovery and then we decided to search else and found that Louis XIII arrived in the USA in 1876 and Shanghai in 1881.” 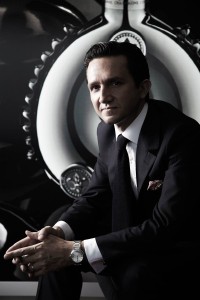 Bourrie says the idea for this search for the rarest Louis XIII decanter began during a trip in Malaysia which Bourrie undertook two years ago. “A journalist innocently asked when Louis XIII was first shipped to Malaysia,” Bourrie says he eyes lighting up. “She was expecting us to say something like 10 years ago but we had no idea so we had to go back to Cognac, France to search.” It turned out the first shipment of Louis XIII to Malaysia was in 1881 and landed in Penang.

This discovery blew Bourrie’s mind and set off a chain of event. “It was amazing; we found out that 146 cases were shipped in 1881 to Penang, more than the rest of South East Asia combined at that time. It was imported by a company based in Penang and together with this shipment, Louis XIII was also shipped to Calcutta, Mumbai and Bangalore and Singapore.”

Bourrie says he excited to hear the stories associated with any of the rare decanters. “If a decanter is that old, it must have a history and a story behind it, be it a family story or even a love story.” Bourrie says he is very hopeful and confident that they will find these rare decanters in some of the countries in Asia. But he emphasised that they were not looking for the oldest Louis XIII decanter, but the rarest one.

A Century of Expertise 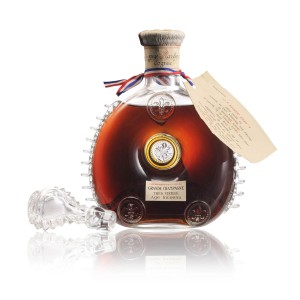 Launched 140 years ago by Paul Émile Rémy Martin, Louis XIII is a timeless legacy, passed down from cellar master to cellar master – a true legend. A symbol of French excellence, it has been featured in major historical events and enjoyed by the great legendary figures of both past and present centuries. Presented at the World’s Fair in Paris in 1900, the King of Cognac travelled on the maiden journey of the celebrated Orient Express and the luxury ocean liner Normandie bound for the United States. Since the late 19th century, it has been the prestigious cognac of choice at great royal courts, from the Tsar of Russia to the Court of Siam, consecrating it as the true cognac of kings.

The famous crystal decanter that holds this blend of precious 1,200 eaux-de-vie, aged from 40 up to one hundred years, was inspired by a metal flask lost in 1569 on the battlefield of Jarnac. It was found some 300 years later near the vines of Cognac.

Find out more about the Quest for a Legend and this timeless treasure, please visit: https://www.louisxiii-cognac.com/en-int/