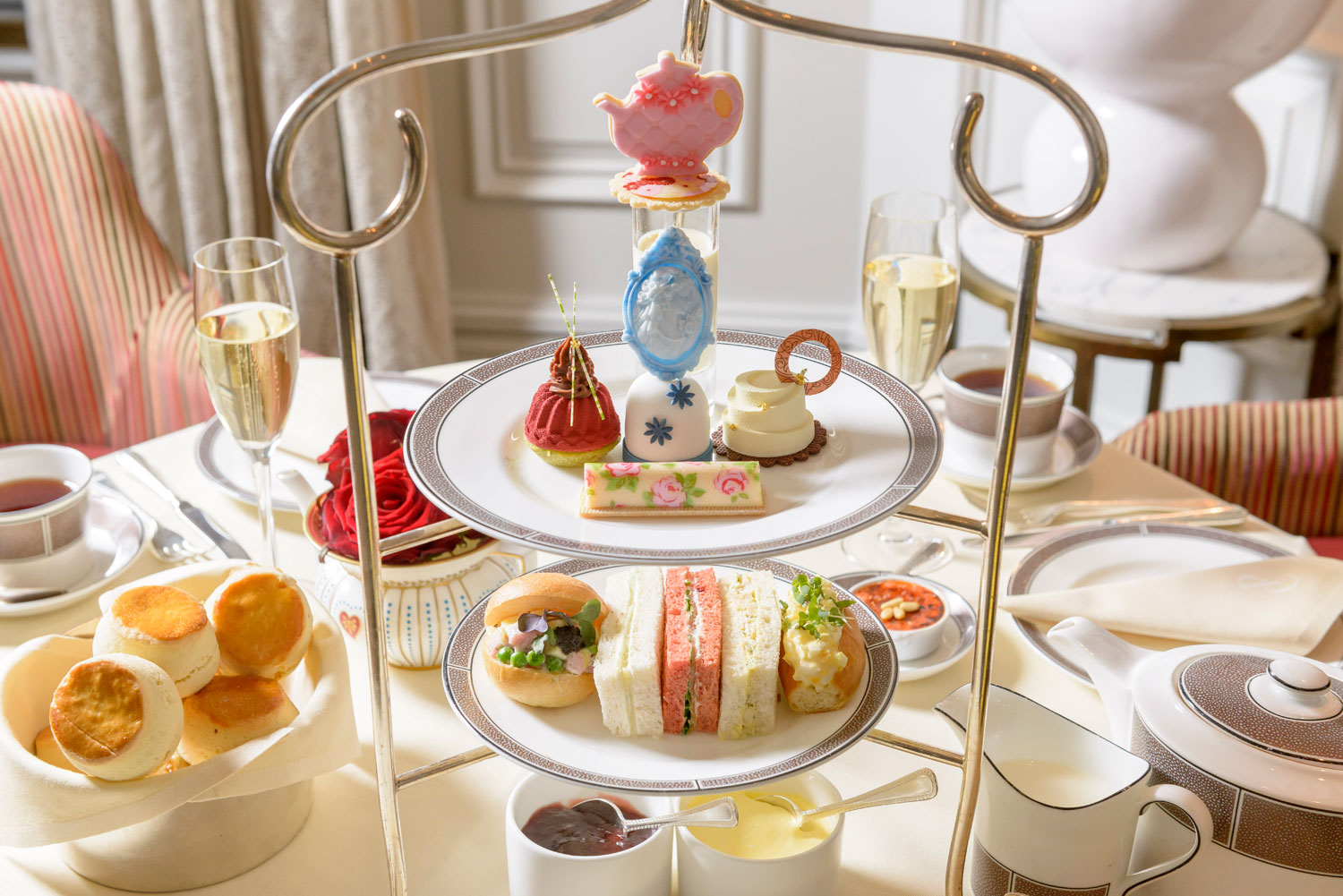 In November of last year, the five-star Langham Hotel in London, and Wedgwood, the renowned manufacturer of the ceramics, came together to unveil a new afternoon tea as a precursor to its 150th anniversary, when it was served at this property for the very first time in 1865. 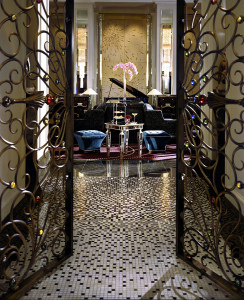 The Langham Afternoon Tea With Wedgwood is available across all Langham and Langham Place hotels, we sampled the latest offering in the calm elegant surroundings of the Palm Court, famed as the place where the tradition of afternoon tea actually originates from. Crafted by Executive Pastry Chef, Cherish Finden, and presented on beautiful “Langham Rose” chinaware, there is a choice of three champagne teas, with the only difference being that the more expensive version at £75 per person is served with Laurent-Perrier Grand Siècle instead of Laurent-Perrier Rose and Brut (£62 and £57 respectively).

Before you eat anything, the first thing to do is to choose your preferred tea infusion with the help of the in-house sommelier. There is a wide range to peruse, spanning speciality varieties such as Darjeeling First Flush (which my guest opted for) through to green ones and flavoured options including peach with flowers. Airing on the side of tradition, and after some lengthy deliberation, I decided on a pot of English Breakfast, and once this had arrived, the experience began to unfold, starting with a delicious amuse bouche. This took the form of a highly enjoyable rich red pepper Crème brûlée decorated with pine kernels.

Before the ‘sweets’, there were sandwiches to tuck into. For non-meat eaters, there is an alternative vegetarian and fish selection which is namely smoked salmon on beetroot bread, cucumber and cream cheese with white bread, as well as brioches generously filled with peas and sweetcorn, and egg and watercress. The afternoon tea is nicely paced, which means that between each ‘course’, there is the opportunity to sit back, relax and enjoy the live performance from the pianist. What’s more, for those who arrive the need to satisfy a healthy thirst or appetite, each of the dishes and respective teapots can be topped up by the very attentive and non-intrusive hosts upon request, allowing nobody to leave this establishment unsatisfied.

The next feast that was presented before the pièce de résistance was another British institution – a basket of warm plain and raisin scones complete with a generous portion of Devonshire clotted cream and strawberry preserve. These came courtesy of the in-house Palm Court bakery, and they all disappeared with relative ease thanks to their well-honed ingredients. After a short pause, it was the moment that we had been waiting for – exquisite pastries inspired by the Wedgwood collections. 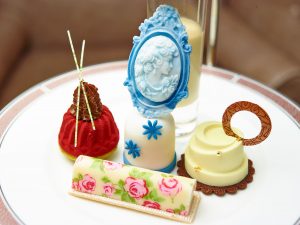 It was tricky to know where to begin, as it was a shame to disturb the magnificent and artistic display.

There were five to choose from on the Wedgwood plate, each boasting distinct flavours and textures. A pink-coloured cinnamon and shortbread ‘Daisy Teapot’ was perched on top of shot of a creamy light chocolate and lemon panna cotta. This was joined by an equally splendid white chocolate mousse, tropical jelly and dark chocolate sable, in addition to a white cameo on a blue, strawberry and white balsamic Victoria Sponge. Our favourite was by far the ‘Kouglof’, a 64% chocolate, raspberry and lightly-roasted pistachio financier which simply glided past your taste buds and melted in your mouth. The final masterpiece was the soft English Rose and lychee log sporting an intricate Hathaway floral rose motif. Had we had enough space, we would have had another round as it was truly exceptional. Unfortunately, we had no room left, thereby giving a good excuse to return to the Langham, London for another visit.

With tranquil and sophisticated surroundings, great service and spectacular creations, “The Langham Afternoon Tea With Wedgwood” really is the perfect way to share a special occasion with friends and family.

For more information on the The Langham Afternoon Tea With Wedgwood, visit: london.langhamhotels.co.uk

See more of the The Langham Afternoon Tea With Wedgwood below: