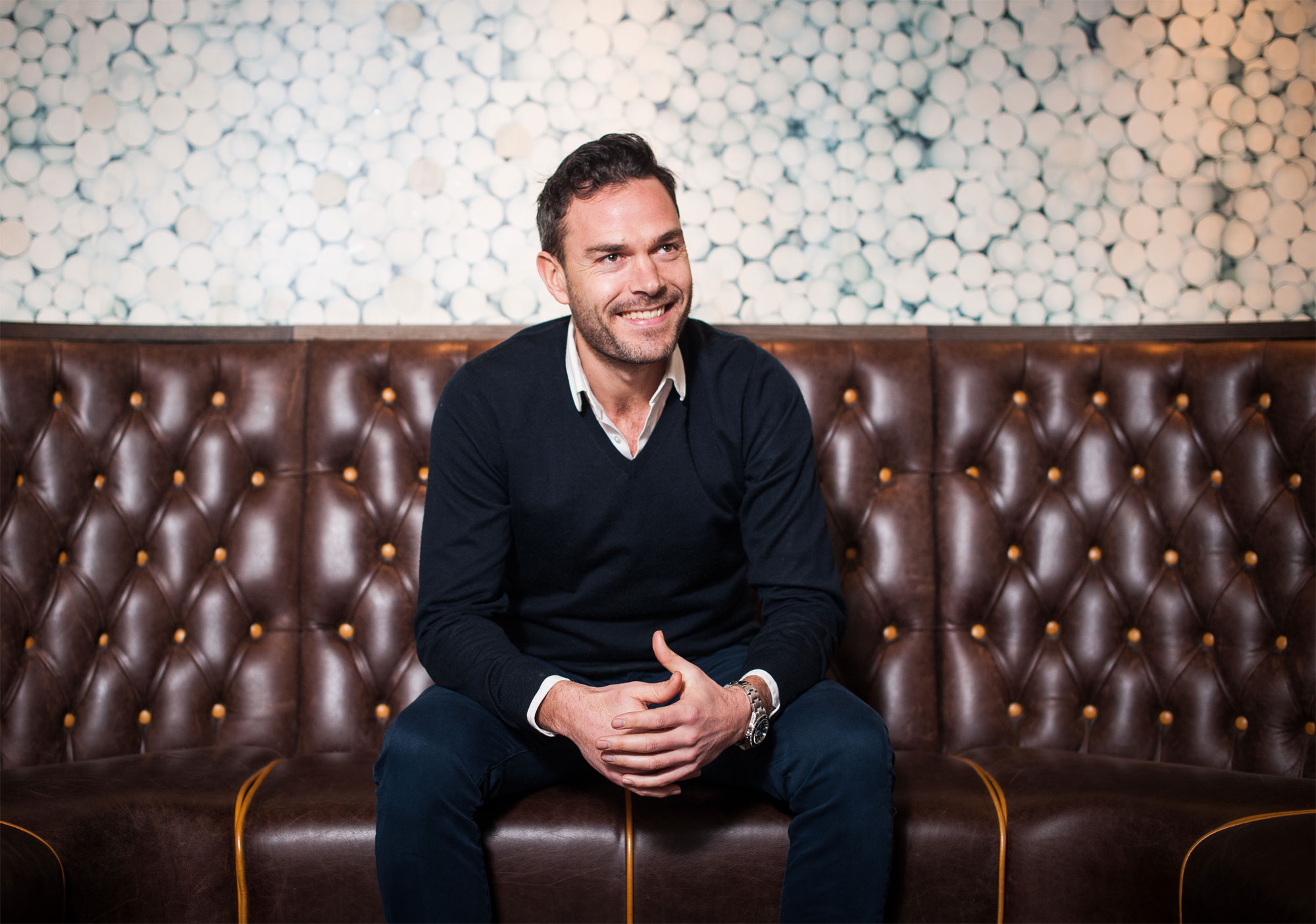 Adam Breeden is the CEO and co-founder of Bounce, a bar-meets-table tennis concept which has been widely regarded by the industry and its customers as a game-changer in social entertainment venues.

The success of its Farringdon site has translated into the recent opening of Bounce’s second London venue in Shoreditch and its first international venue in Chicago, USA, in early 2016. Adam is also co-founder of Flight Club, All Star Lanes and more social entertainment concepts. We caught up with him to find out more. 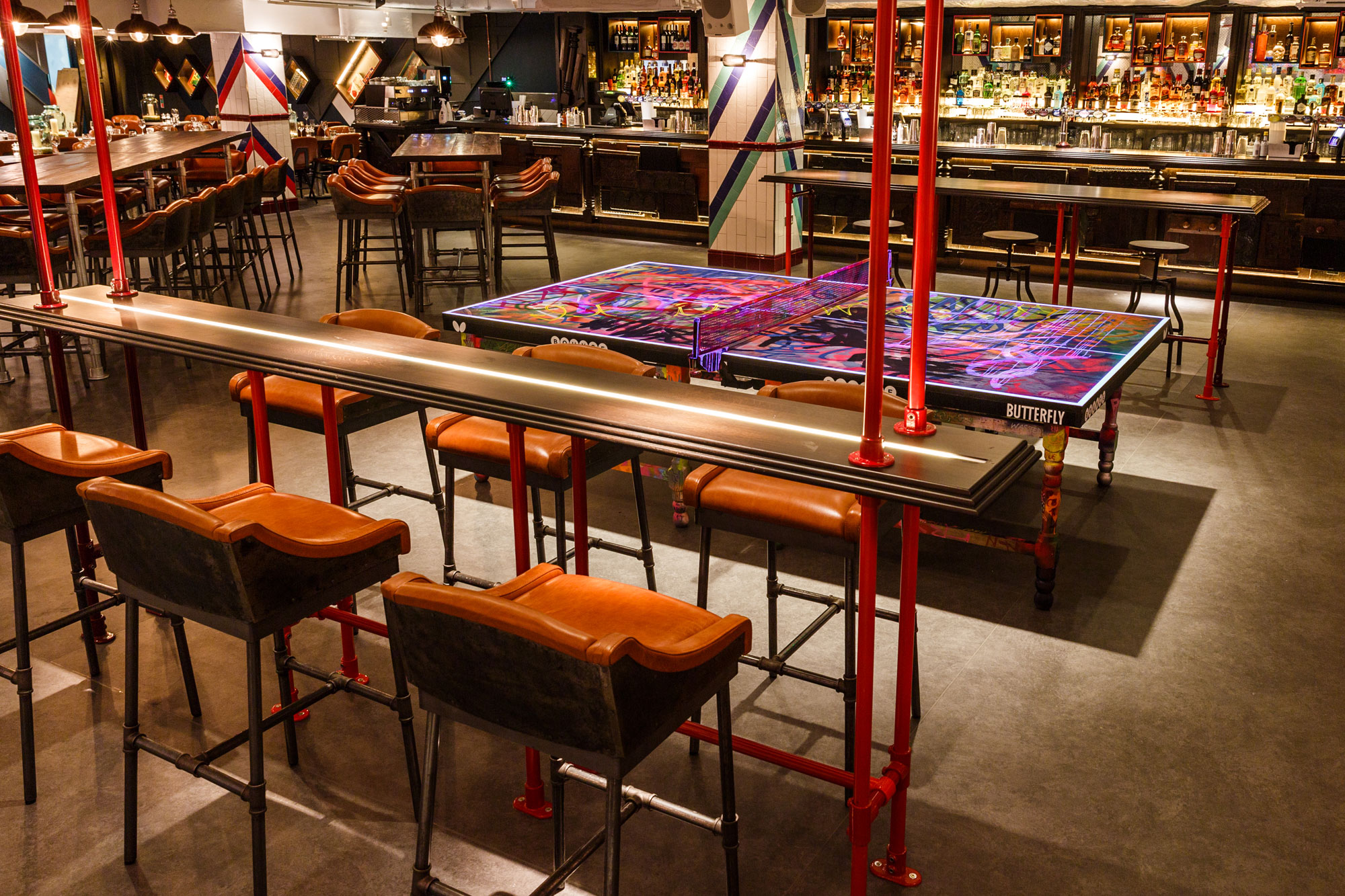 LM: How did you come up with the concept for Bounce?
AB: Dov Penzik and I started working on the concept back in 2010 (two years before opening), having identified it as a great opportunity to blend the hugely popular social pastime that is table tennis into a high quality, high design food and beverage concept. This was something that had not been done anywhere before in this way. My previous experience founding All Star Lanes provided a unique insight into how to get the right ingredients for a concept like Bounce to work, and built upon Dov’s initial conception of the idea.

LM: What is your professional background?
AB: My brother and I opened The Lonsdale in Notting Hill in London, and it went on to win eight accolades including the 2003 Time Out Bar of the Year award. We were pretty stoked to have created something so special on our first outing into business as it was regarded as one of the best cocktail bars in London at the time. It was a huge learning curve!

After The Lonsdale, I founded All Star Lanes in 2006 which was a brand new model. No one had fused a leisure activity with a well-executed and stylised food and beverage concept. The plan was again an overnight success and paved the way for other ventures. I was CEO of the company until late 2010, and we had opened three outlets in London and were teeing up for our fourth when I stepped down to work on Bounce. All Star Lanes demonstrated that people wanted to engage in fun activities as part of a night out, especially in a larger group – a market sorely under-catered for. 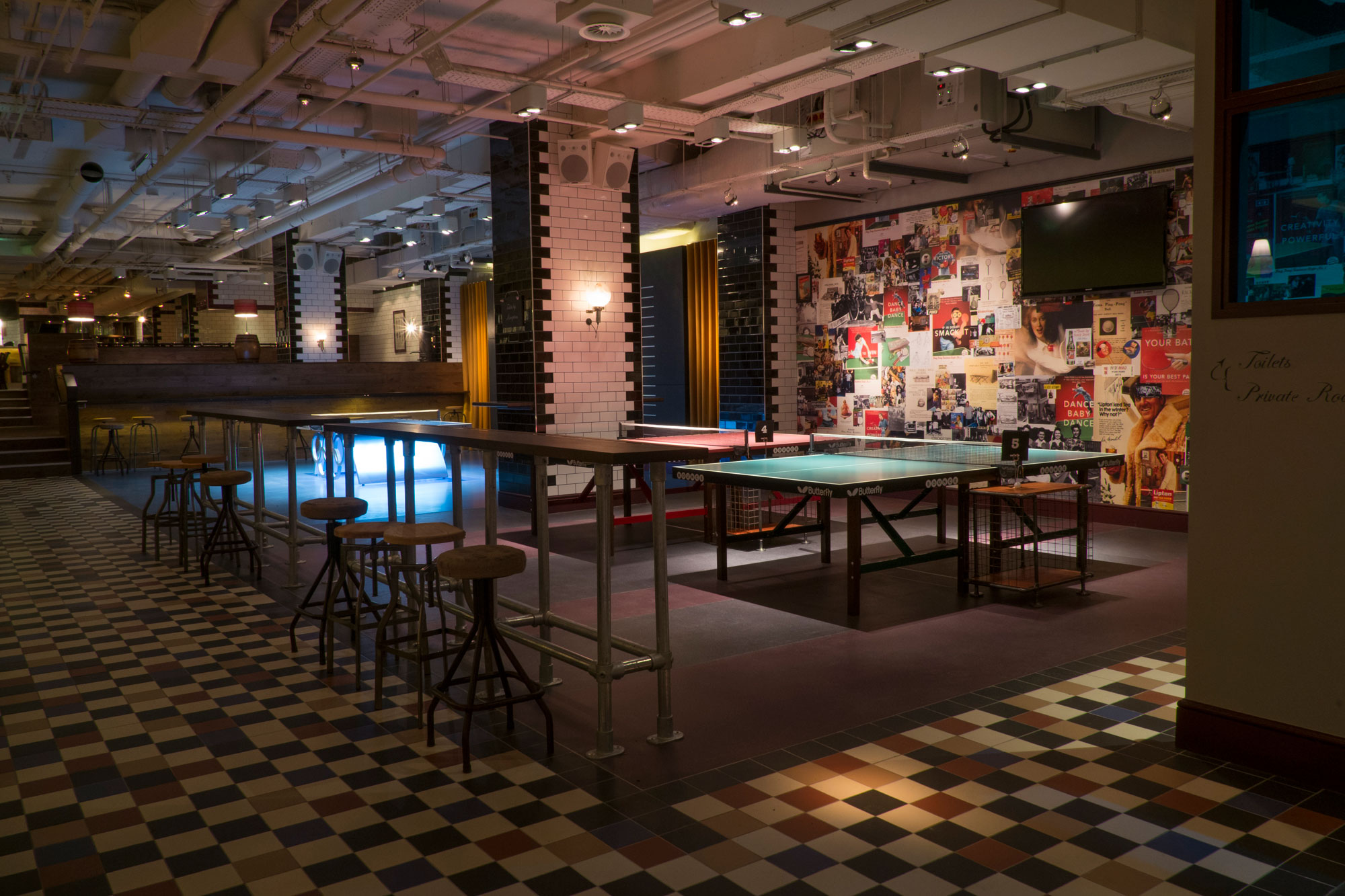 LM: Who is your target audience?
AB: It depends on the time of the week, but early in the week it is the 25-40-year-olds, professionals later in the week, and on the weekends, we tend to attract a younger, more trend-conscious crowd, particularly in Shoreditch. In reality, the appeal for Bounce transcends to almost all London demographics because it is so unique and table tennis is so widely popular. The brand itself is carefully pitched to be stylish cool (but not too cool for school!) and a balance of quality that excludes no one. There is something wonderfully democratic about the ping pong experience: it’s a social equaliser – when people play, they let go of their egos and experience fun in its basic form, so we see groups from all different corners of London come together to have fun, putting all differences aside.

LM: Was it motivated by your personal interest?
AB: Although I used to be a county level tennis player, and also harboured a secret passion for table tennis from a young age, it’s the hospitality side of the business that I’m really passionate about. It isn’t so much about the competition as it is about providing people with a much richer social experience, but without losing any sense of quality which one expects from a really decent going out experience. In the past, this was very much a sacrifice when going bowling in leisure parks or, for those that can remember, laser quest….

LM: How was the recent launch of Bounce Shoreditch received, and how does it differ from the venue in Farringdon?
AB: We’ve had phenomenal feedback about our Shoreditch venue, which is very different to Farringdon. It is the same size, but we have broken a few boundaries with a design that is totally unhinged. The venue is already full, and the vibe is awesome. 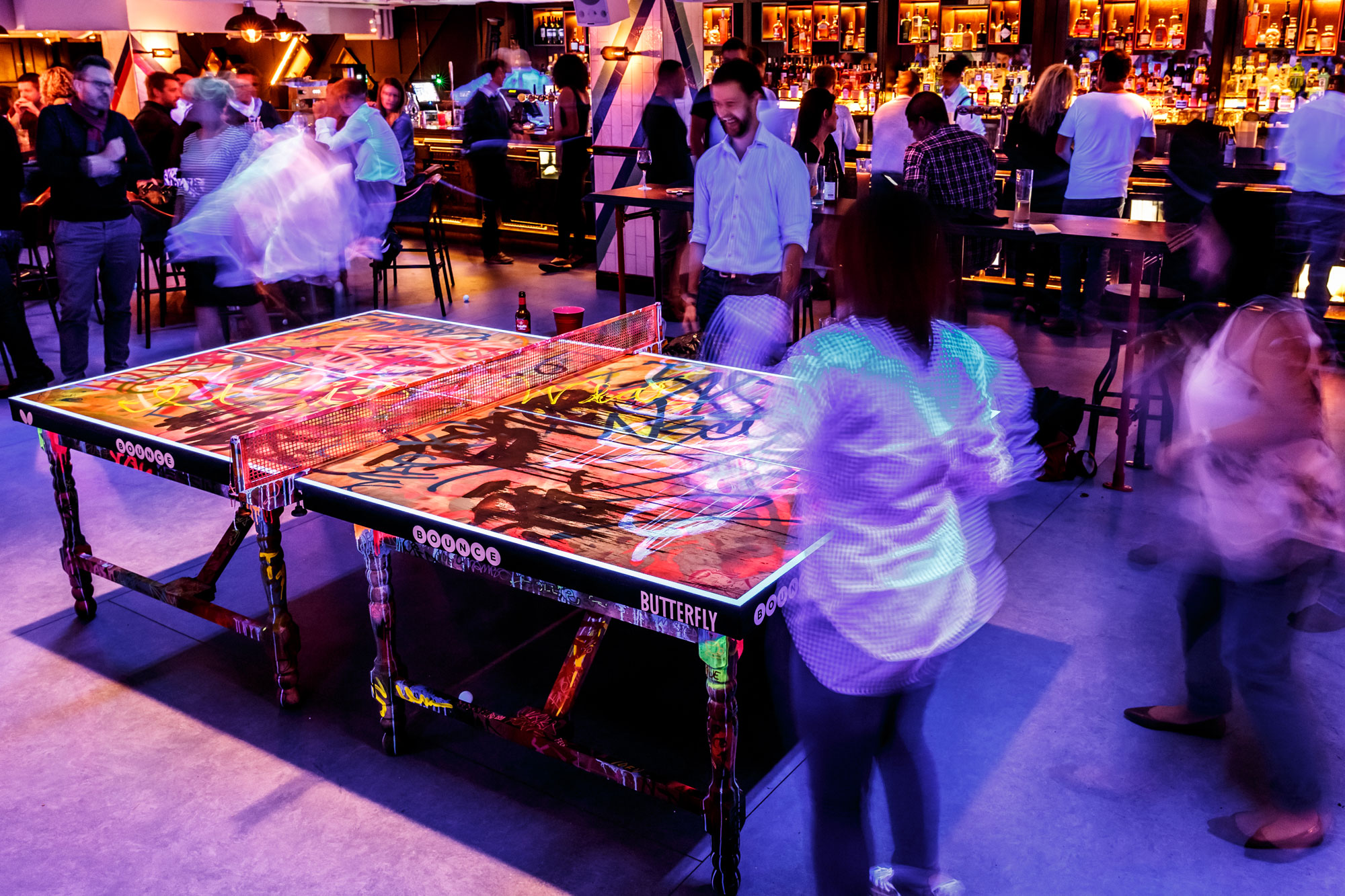 LM: What are your plans to expand the concept?
AB: Opening in the US is key for the business, because with the size of the Bounce operation and the inherent economies of scale that come with a venue of its scale, we do not see cities outside of London in the UK as a primary growth market. This is because the population isn’t big enough, and there isn’t enough spend, nor corporate presence to support a venue of 12-15,000 square feet.

I also consider there to be greater cultural differences between each of the cities in the UK compared to London, New York, Chicago or Hong Kong. People always underestimate the differences between UK cities, and I would rather tackle the challenges in adapting to local areas in much larger markets, with the US being the biggest single territory for Bounce. Once we prove the model works in Chicago, it opens up the whole of the US.

We also plan to roll out other concepts globally including Flight Club, a ground-breaking social darts venue that fuses state-of-the-art technology with an unparalleled drinking and dining experience, after its launch in London later this month.

LM: Where are the next openings, and how do you decide on the next location?
AB: Besides the US, our attention is also very firmly on Hong Kong (and Asia) as a key city to open in. Although the rents are high in Hong Kong, there is a great precedent for international hospitality brands being successful.

Our intention is to not only be the leading brand in social ping pong venues, but in the entire social entertainment market.

LM: What are your favourite travel destinations and hotels?
AB: My favourite place of all is a place called Kamalaya in Koh Samui – it’s probably the only place on the island that’s still tranquil and it’s totally incredible. I love Masseria Torre Coccaro in Puglia, Italy, and am a huge fan of Babington House in Somerset where I recently got married.

Bounce – Where and How? 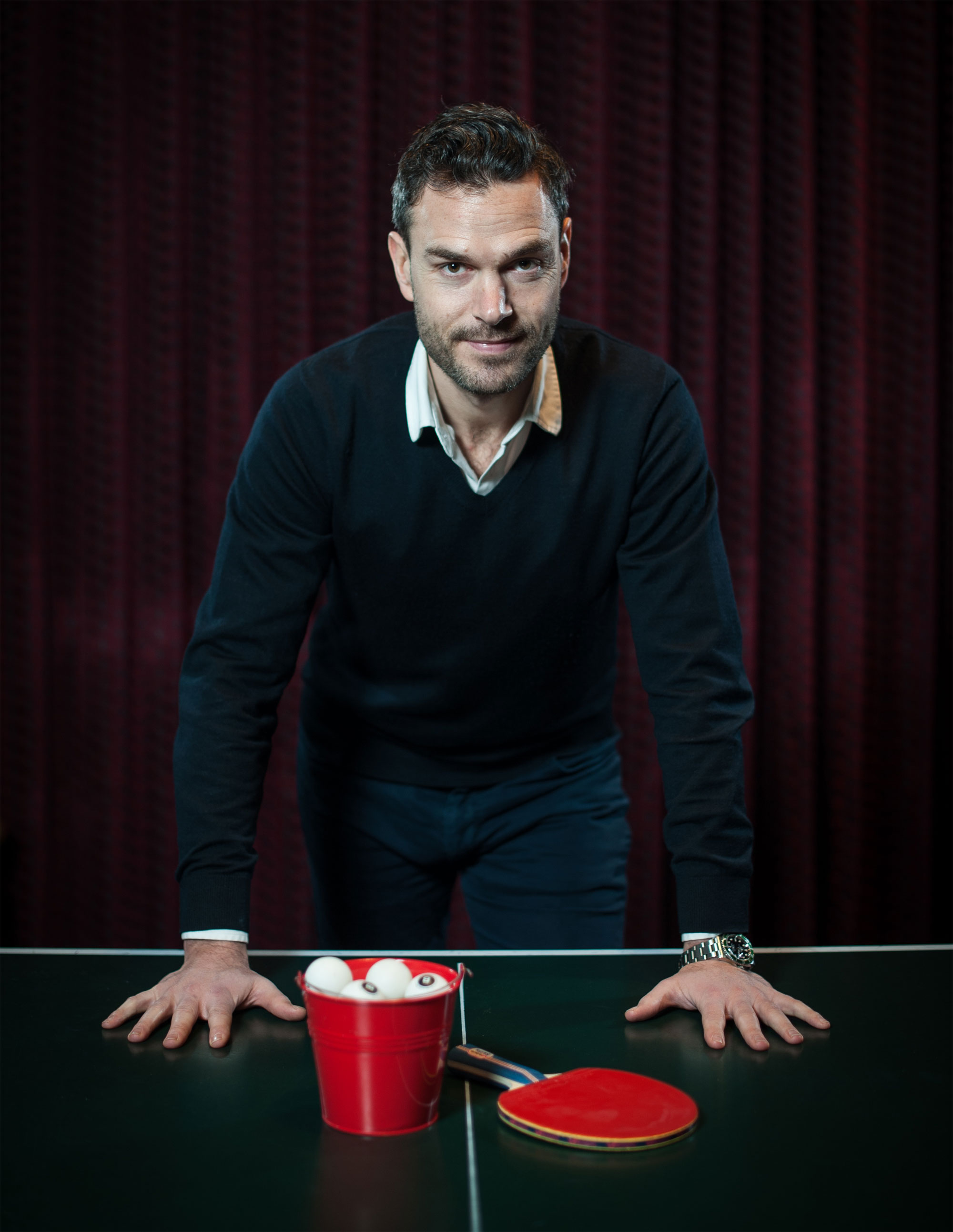