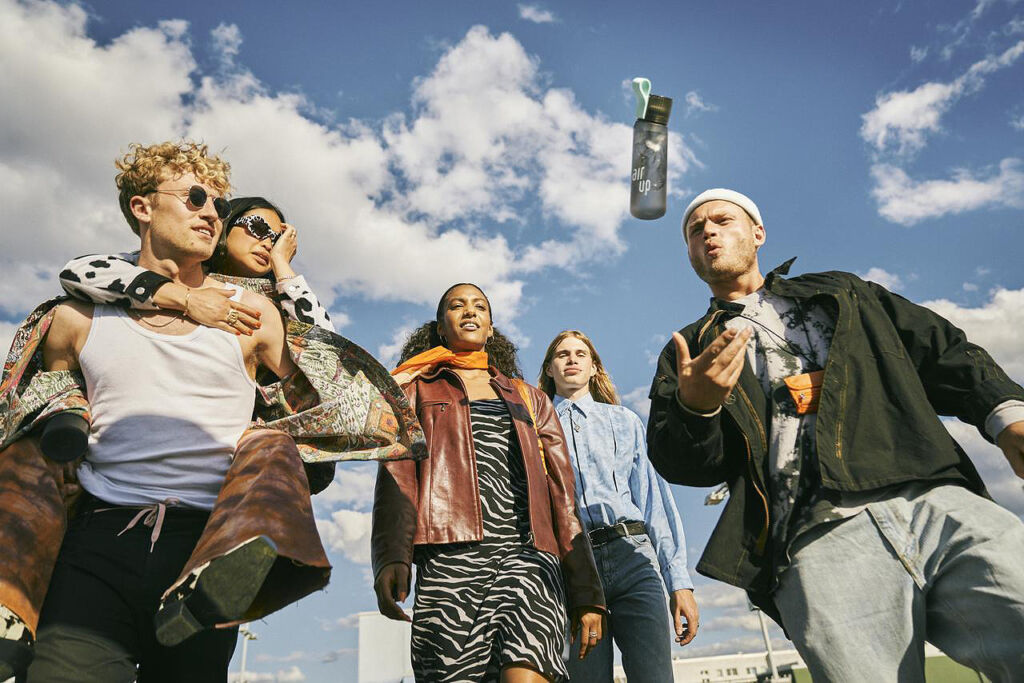 Let’s be honest; very few people don’t like sugar. However, there’s liking, and there’s sugar addiction. In this feature, we explore Britain’s sugar craving through facts and figures and garner the thoughts of Lena Jüngst, co-founder of air up, who explains how healthy hydration can combat Britain’s burgeoning sugar addictions.

Sadly, you’ll find sugar in the most unexpected of foods, and thanks to advancements in food technology, it’s becoming even easier to hide. Regular readers would probably remember our feature on Two-Bees honey. The article detailed how many companies weren’t selling pure honey; instead were selling sugar-based imitations. As with many things in life, particularly when it concerns business, it all comes down to the bottom line.

One thing that’s nigh-on impossible to do is stopping all food companies from putting unnecessary sugar into food. Even basic household staples such as ketchup, white bread, yoghurts and fruit juices often harbour high levels of it, and it’s because it enhances the flavours. The better the taste, the more people will continue to buy, resulting in a constant stream of repeat business and many executive-level “high-fives” in the food production and soft drinks companies. 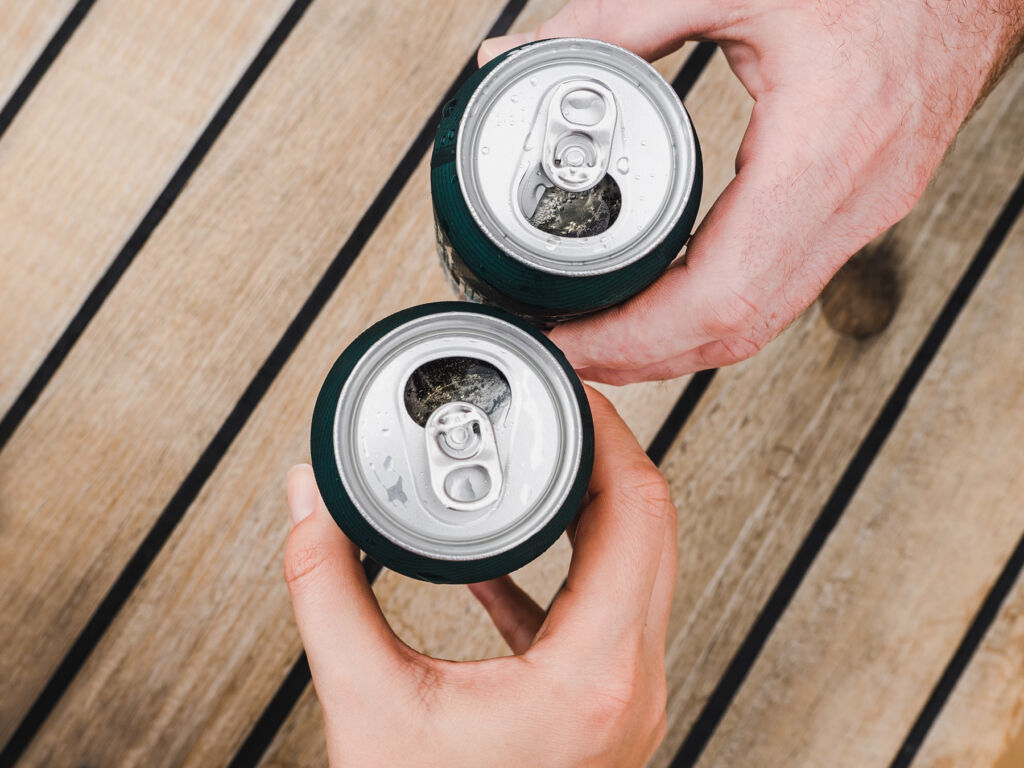 As I sit here writing this piece, I am conscious that today is World Health Day. Although I am not a fan of the multitude of special days we have during the year, if there’s one, I can’t cast a disappointing glance at it’s this one. The world does need to be regularly educated on matters relating to health, and any solution that will help cut down on people’s consumption of sugar is a good thing in my book. 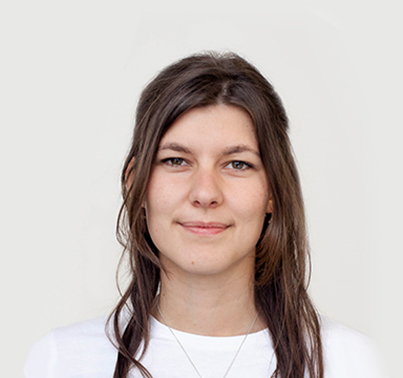 Lena Jüngst’s (right) air up has commissioned a brand new study by hydration experts, and it has uncovered some worrying data, with perhaps the biggest standout being that 1 in 5 Brits have confessed that sugar is the biggest vice in their life.

If you’re wondering what some of the symptoms are that could indicate you’re, let’s say, a “Sugar Junkie”, they are energy slumps during the day, low moods, bloating and increased hunger.

Although all of these can be linked to numerous other issues, at the same time, they could be a good indicator that it’s time to cut down on the sweet stuff.

One thing that many people turn to combat their cravings is sugary drinks. In fact, 73% of Brits mistakenly believe that sugary drinks hold lower sugar concentrations than sugary foods. Toronto University and St. Michael’s Hospital found that the power charged fructose in artificially sweetened drinks has the worst impact on our health compared to other sugary foods, increasing chances of tooth decay, type-2 diabetes, and more.

Sugar Economy
air up has taken a look at the cost of sugar on our health and our bank accounts, apt given the ongoing cost of living crisis. Their research found that a quarter of the nation spends up to £25 on sugary drinks every month. 12% spend up to £50, 7% spend up to £75, and a shocking 4% spend up to £100 – which translates to more than 1.5 million Brits! These statistics equate to around two-thirds of a billion pounds (£643 million) being spent on soft drinks every month. 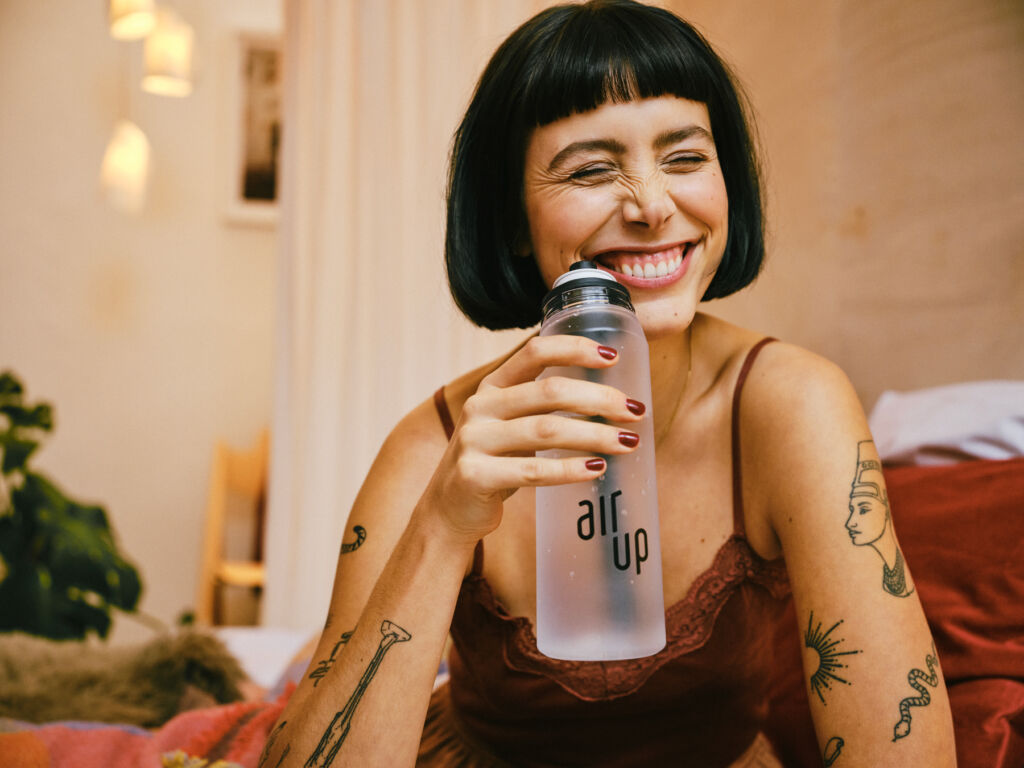 So what is the solution to the problem? Well, for one, there’s air up, which is a world-first in drinks technology. Their rather nifty technology can help quench thirsts, cut out the chemical nasties and does so without sacrificing the flavours we crave. Essentially, it is a healthy, cheaper alternative for the 37% of Brits struggling to find just that.

The unique design and innovation utilise retronasal smell to provide a better, more interesting way to enjoy favourite flavours. The clever bit is what you’ll be drinking is 100% pure water. It is a brilliant way to help educate Brits on the copious amounts of sugar they consume in their current favourite soft drinks whilst satisfying their cravings.

What is retronasal smell?
According to scientific studies, 80% of the flavour we perceive is surprisingly born from small and not taste, which also explains why people hold their noses when they have to eat or drink something they don’t like.

When we eat or drink, flavour-filled air rises up to our noses and takes our senses beyond the five basic tastes of sweet, sour, bitter, salty and umami. 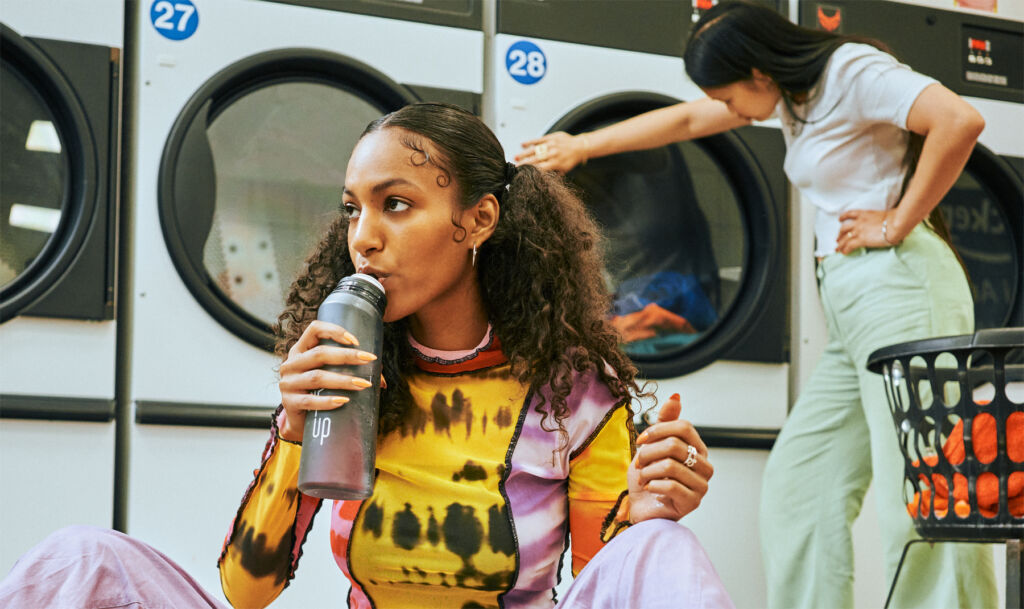 How does air up work?
As we’ve alluded to, air up is rather special. It is a brilliantly simple concept based on science. Every sip of water you take from the bottle is infused with flavoured air. This is done by adding one of fourteen different flavours into the air bubbles, courtesy of a flavour pod. The flavours range from everyday favourites such as Cola and Iced Coffee to the more exotic such as Orange and Passionfruit. Each pod only contains natural flavours and scents, and when combined with the ambient air, it makes ordinary water taste delicious. 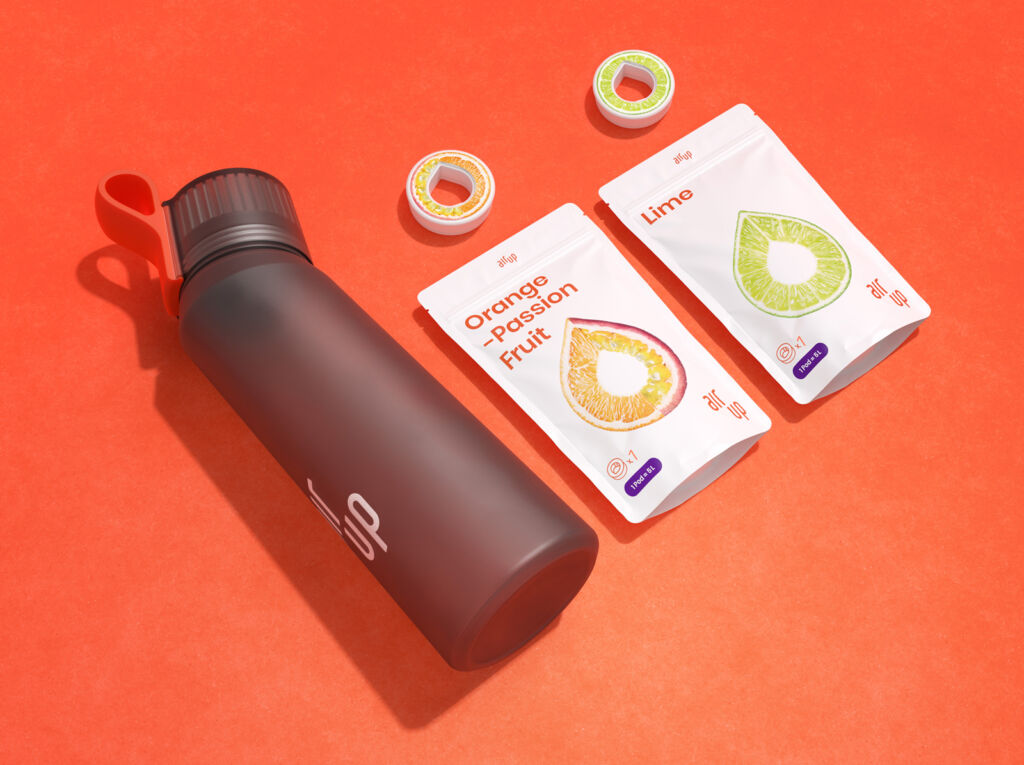 How to make a purchase and pricing
In a world where sustainability is at the forefront of consumer minds, you’ll be pleased to know that A). air up’s water bottles are reusable and B). their flavour pods are made from recyclable material. The brand offers a starter set that includes one bottle and two scent pods, and this is priced from £29.95 to £34.95, depending on your choice of bottle colour. Additional pods come in packs of three and flavour a minimum of 15L of water. Pod prices start from £5.95 depending on the flavour, and all the above are available to purchase from their website.

Lena Jüngst, a co-founder of air up, said, “air up is a new and fascinating way to taste. What I love most about our product, as a designer, is that it shows that a more healthy and sustainable lifestyle can still be fun and appealing. For me, that is a very promising sign for our future and something that we have worked hard to achieve.

Personally, I am really excited to make the step into the UK with air up. I have relatives here and have always seen it as one of the most welcoming places in Europe for innovation. We have had a great reception from our customers so far, and I can’t wait to see our water bottles being used in the UK!”

I realise that I have been somewhat hard-hitting in the opening of this piece, and to be fair, many companies operating in the food sector are doing what they can to help. However, in my view, it’s mainly the smaller companies operating in what is a massive £18 billion market that seems to be doing things correctly. At the same time, the bigger players continue to dominate supermarket shelves with sugar-filled fizzy drinks and their so-called “diet” drinks. 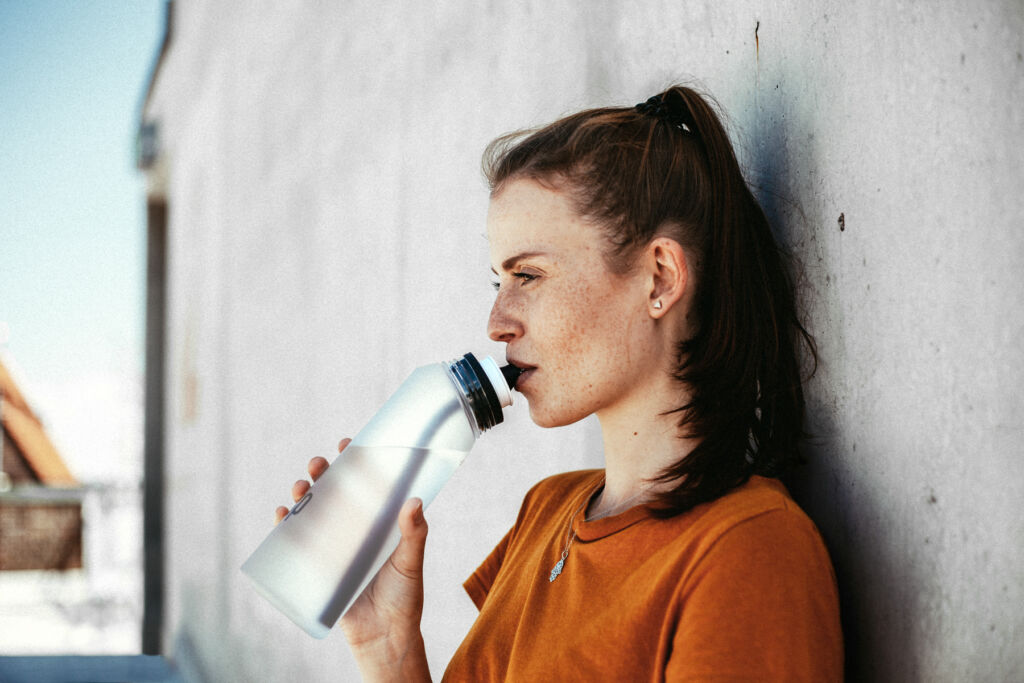 I am not in the position to vouch for how tasty the water is, as I’ve not yet tried the air up bottle and pods but have been assured that they’re on the way. It doesn’t take a rocket scientist to know that drinking water is a significantly better way to quench one’s thirst than a can or bottle of pop.

Any product, particularly one based on the science of retronasal smell, can only be a good thing, and if it lets you enjoy a great tasting drink using just water and no additives, it sounds like a winner to me.