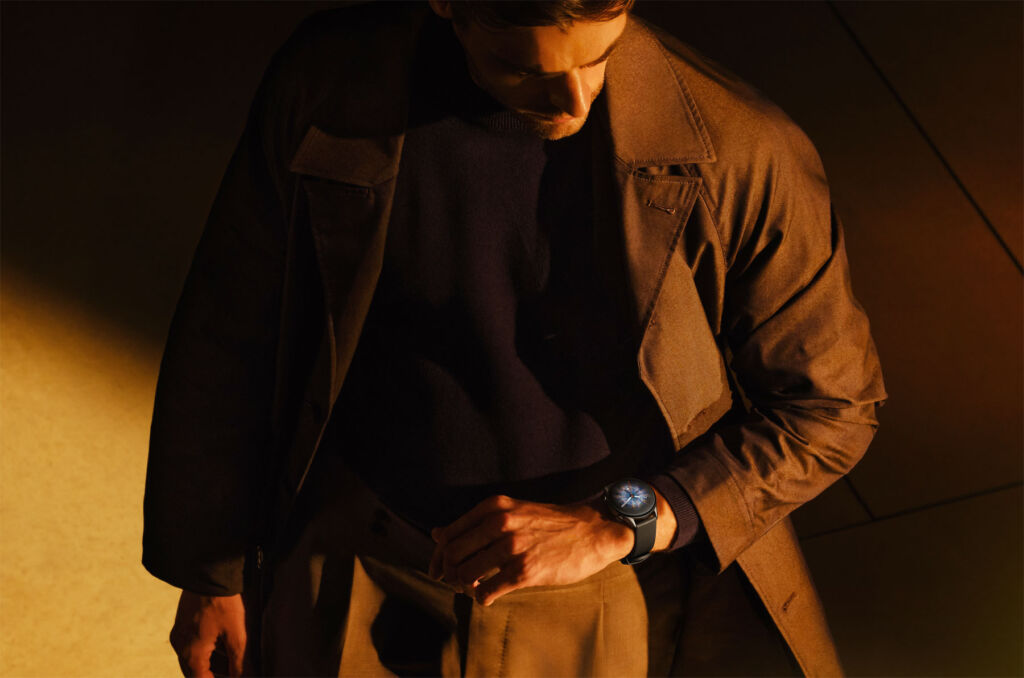 Amazfit has recently launched three new smartwatches. The Amazfit GTR 3 Pro is the top of the tree, and it’s a sleek, feature-packed model that comes in at a surprisingly low price point. The GTR 3 Pro is a lovely looking smartwatch that appears to do just about everything, but would the multitude of features be enough to persuade my wife to move away from her rather archaic looking Garmin?

There’s a seemingly endless stream of smartwatches in the market, and finding the right one is no easy task. Current day smartwatches seem to do just about everything. However, although most claim to do all you would even need, the question is whether they do what they purport to, well.

My wife Natasha and I are avid hikers, and no weekend goes by without us putting more than a few miles on our well-worn walking boots. Currently, we’re both wearing Garmin watches on hikes, with mine being the Fenix 5S. Although not by design, my wife wears a somewhat less capable model without a built-in GPS. Therefore when Amazfit suggested we try their newly launched GTR 3 Pro with a built-in five satellite GPS, it was a no-brainer and deserved to be put to the test. 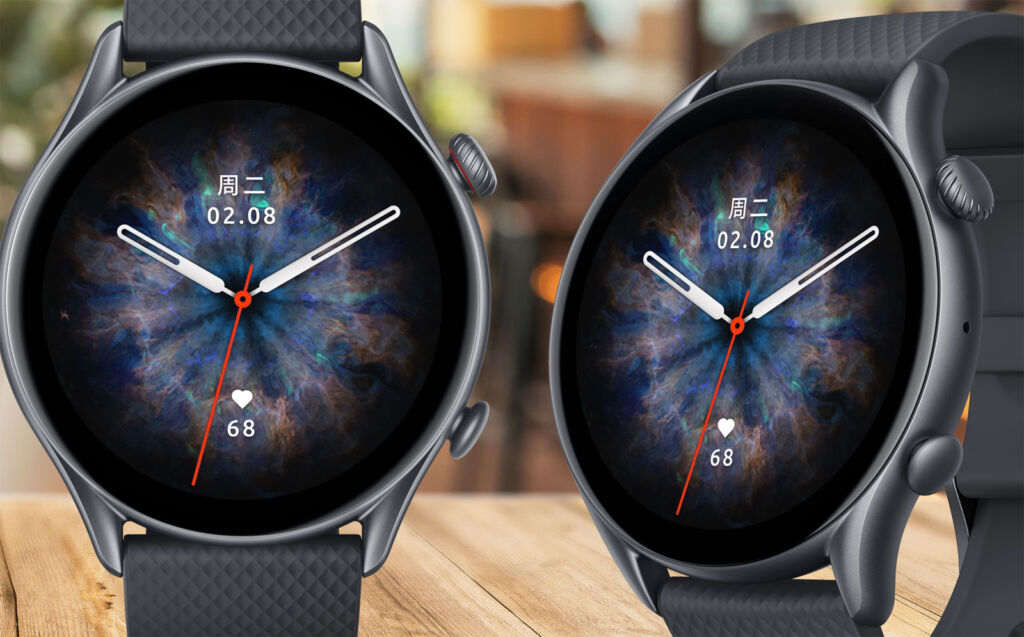 It was not long after we agreed to review the Amazfit GTR 3 Pro that it arrived. We opened the box and was greeted by a sleek-looking black coloured timepiece that, if anything, is somewhat understated, which is no bad thing as it makes the watch ideal for wearing with both formal and casual wear.

The Amazfit GTR 3 Pro surprised us by just how light it is, weighing in at only 32g; it also boasts a low profile being just 11mm thick. Our watch came with a matching patterned black rubber strap, and once on the wrist felt very comfortable and, just as importantly, was unobtrusive. 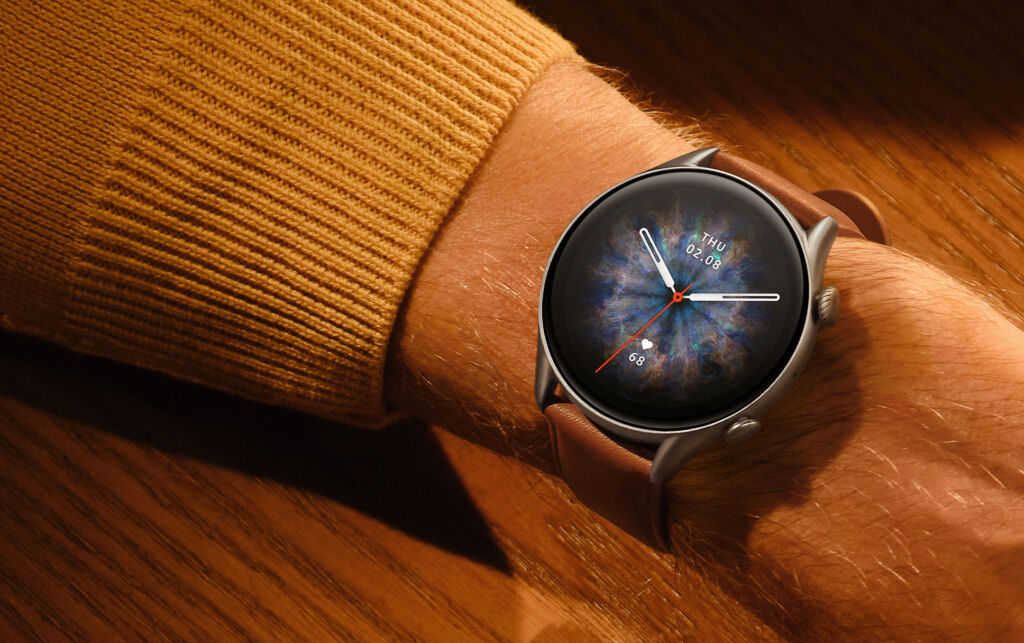 If you are among the one in ten people in the world who are left-handed, you’ll be pleased to know the Amazfit GTR 3 Pro can be worn on either wrist. As with its ability to automatically adjust its screens brightness, the GTR 3 PR can also recognise which wrist it is on (left or right) and orient itself accordingly. The strap also has a handy quick-release function so that you can adjust this to your preference too.

Getting started with the Amazfit GTR 3 Pro
Once the watch has been turned on, it prompts you to download the Zepp app. The screen displays a QR code that you can scan with your phone to make the process simple. Once you’ve installed the Zepp app, you can pair the watch using the built-in Bluetooth 5.0 technology, which is a very simple process.

Once connected, the Amazfit GTR 3 Pro springs to life, and I must say that the screen quality is superb. The default animated watch face installed on our GTR 3 Pro looked like an exploding supernova, and the brightness and crispness of the display put my Garmin Fenix and every other smartwatch screen I’d seen to shame.

The difference in screen quality between my Garmin Fenix and the GTR 3 Pro can probably be likened to watching a movie in 720 HD resolution and watching the same movie in 4K. The screen on the GTR 3 Pro boasts 2.5D tempered glass with anti-fingerprint coating, 331 PPI 480 x 480, 1.45″ AMOLED display, but due to its clever design, and even with a width of 46mm, at no point did it feel overly large on either of our wrists. 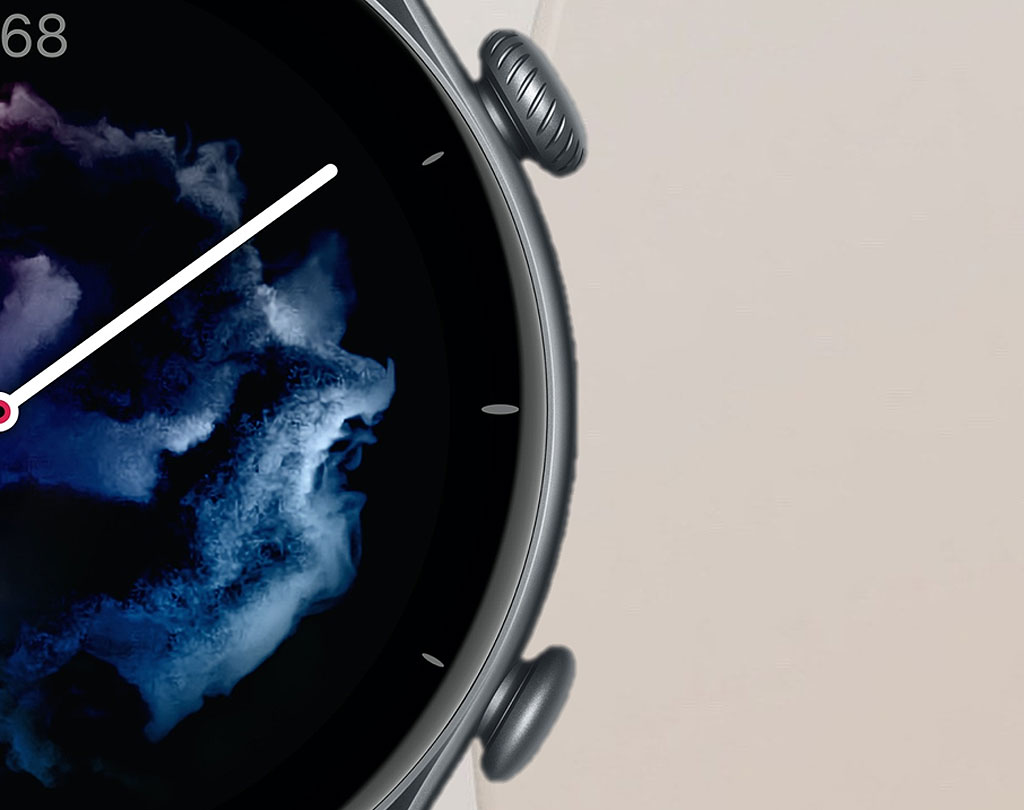 The smartwatch bezel is made from lightweight, aircraft-grade aluminium alloy and has two buttons on the right-hand side used to access the extensive list of features. The top one is a traditionally-styled rotating crown, while the bottom one is a push-button; on the other side of the watch case is the speaker grill.

In addition to the bezel and button, the Amazfit GTR 3 Pro also benefits from touch screen technology, something not available on my considerably more expensive Garmin Fenix. The touch technology makes accessing functions fast and simple. Swipe down for the basic settings, left or right for health information. 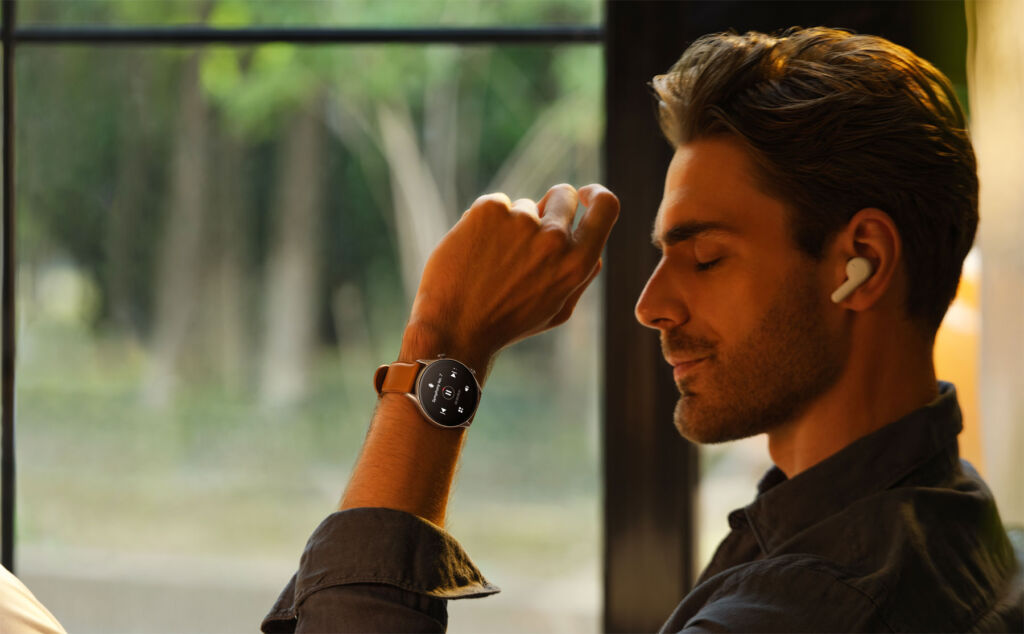 Another feature we liked is you can store music directly onto the watch. The music tracks stored on your phone can be transferred to the smartwatch, where there are more than 2GB of storage space. Once you’ve transferred your tracks, you can listen to them directly from the watch’s in-built speaker.

The watch is charged via a magnetic USB charger cable that connects to the rear. Charging takes around an hour and a half to reach its full capacity. It’s a nice change from having to jam in a lead and worrying that you might have damaged the port. The Amazfit GTR 3 Pro battery is a 450 mAh cell. However, although it’s said to be able to last for 12 days, with all the main features turned on, we found it was more like 2-3 days.

At this point of the review, you’re probably thinking, “Wow, that sounds amazing”, well, hold your horses as there are plenty more amazing features we need to talk about…

In addition to all the features we’ve mentioned above, the Amazfit GTR 3 Pro is also water-resistant to 5 ATM, making it ideal for tracking your swims or singing in the shower. It has a built-in barometer and compass, which is very useful when out on walks or hikes, hands-free calling, and Alexa voice assistant capability, which is available for voice commands online and offline more than 150 watch faces to choose from 150 sports modes.

All of these would ordinarily be enough to win most consumers’ wallets, hearts, and minds, but in addition to the above, it is quite extraordinary when it comes to health tracking. 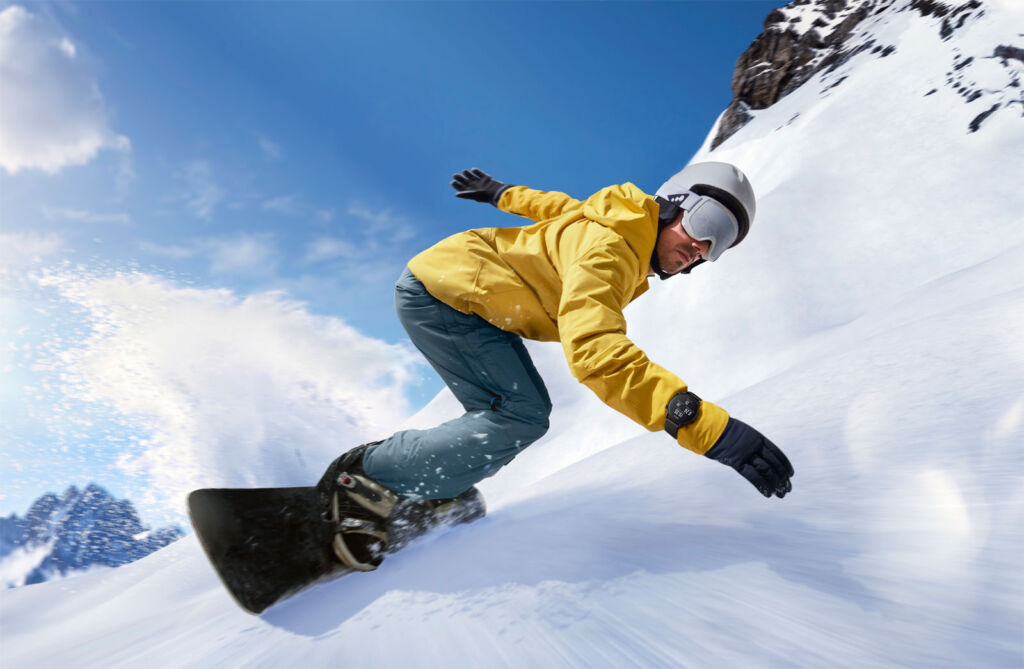 The health features
Thanks to the in-built tech, four areas of your personal health and can be tested via a single tap. These are your heart rate, stress level, your blood oxygen saturation level and breathing rate. The Amazfit GTR 3 Pro uses an advanced 6PD (six photodiodes) BioTrackerTM PPG 3.0 biometric sensor that enables you to track multiple health metrics simultaneously.

It also boasts 24-hour monitoring of blood-oxygen levels and will send you an alert if your SpO2 level drops too low while in a non-sleeping state. On the subject of sleep, it would be remiss of us not to discuss the advanced sleep monitoring functions built into the Amazfit GTR 3 Pro.

The watch is able to monitor the different types of sleep stages; these are REM, deep and light sleep. In addition to this, it also takes note of the waking times during the night. And, rather than access your phone for this data, it’s conveniently available directly on the watch. In addition to the above, the GTR 3 Pro also has advanced menstrual cycle tracking to help to plan ahead.

The Zepp OS
The Zepp OS is smooth, light and practical and works across Android and iOS devices. It can also connect to popular health platforms such as Google Fit, Apple Health, TrainingPeaks, Runkeeper and Strava. However, we’re still experimenting with setting it up with our go-to essential hiking app, AllTrails.

Compared to other smartwatch OS, the Zepp version is said to be far more friendly when it comes to power consumption as it doesn’t transfer power-draining smartphone OS to the wearer’s wrist. Zepp also has some pro applications which can be linked to the Amazfit GTR 3 Pro. Currently, there are more than ten apps available, including Home Connect and coming soon will be an app developer kit that will allow the customisation of watch faces.

Once you’ve found what you are looking for on the Amazfit GTR 3 Pro and Zepp OS, it’s easy to digest; however, there’s so many options and data available, it did become somewhat overwhelming at times. However, I am pretty sure that in time, both my wife and me will instantly know the shortcuts to take us to what we need to know in quick time. 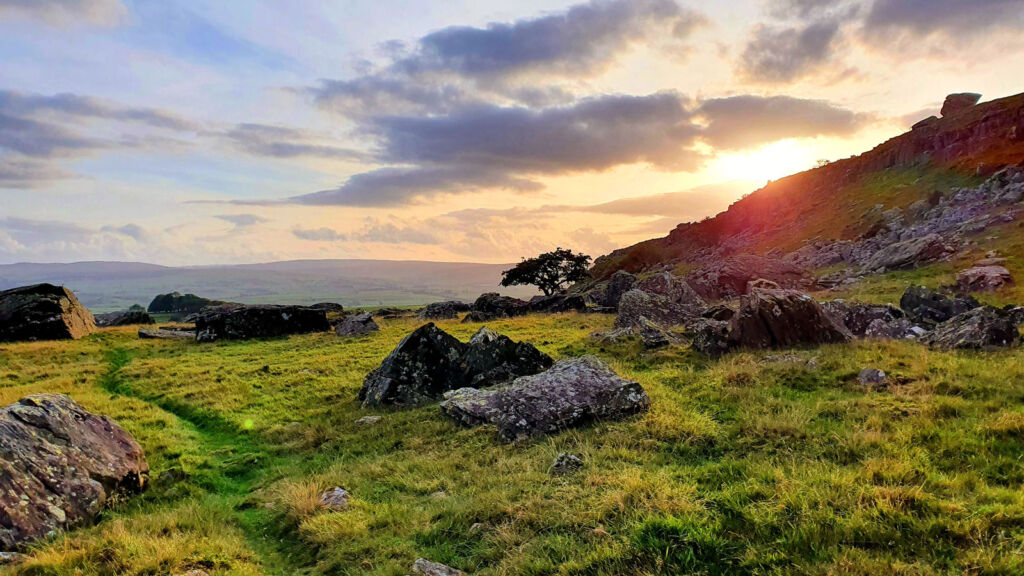 Photograph of the Yorkshire Dales at sunset by Natasha Godbold in 2021.

How did the Amazfit GTR 3 Pro perform?
We chose to test the GTR 3 Pro via two separate weekend trips. The first time, my wife Natasha wore it alongside her Garmin and I did the same for our second hike. The location we chose for both trips was the high hills and peaks around Giggleswick in Yorkshire.

We both wore one watch on each wrist and, using the other persons help, started the tracking simultaneously on each watch. Fortunately, on the two test days, the British weather chose to cooperate, and we trekked up steep hills, across fields, over streams, and even climbed a cliff face at one stage. 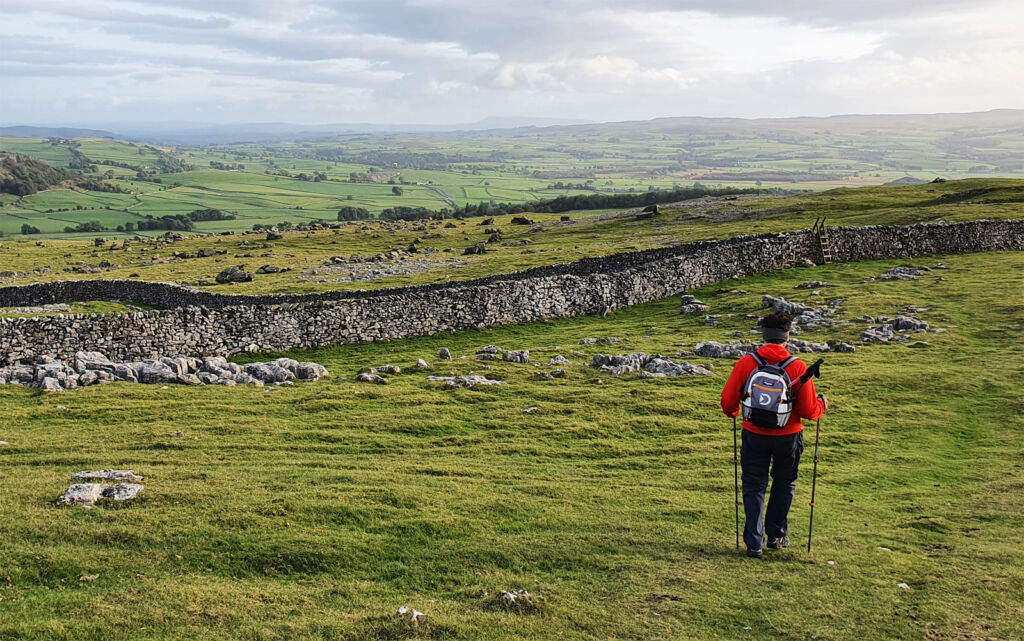 During the hike, we found the data offered by the Amazfit GTR 3 Pro was in-line with the far more expensive Garmin Fenix I was wearing; however, my wife’s lower-level Garmin was showing different readings.

As with the GTR 3, my Garmin Fenix monitors heart rate, distance, stress etc., and I found that both watches data were broadly in line with each other on the watch and later when checking both of the apps. However, my wife’s Garmin, which doesn’t have a built-in GPS, was vastly different from the data shown on the two other watches. 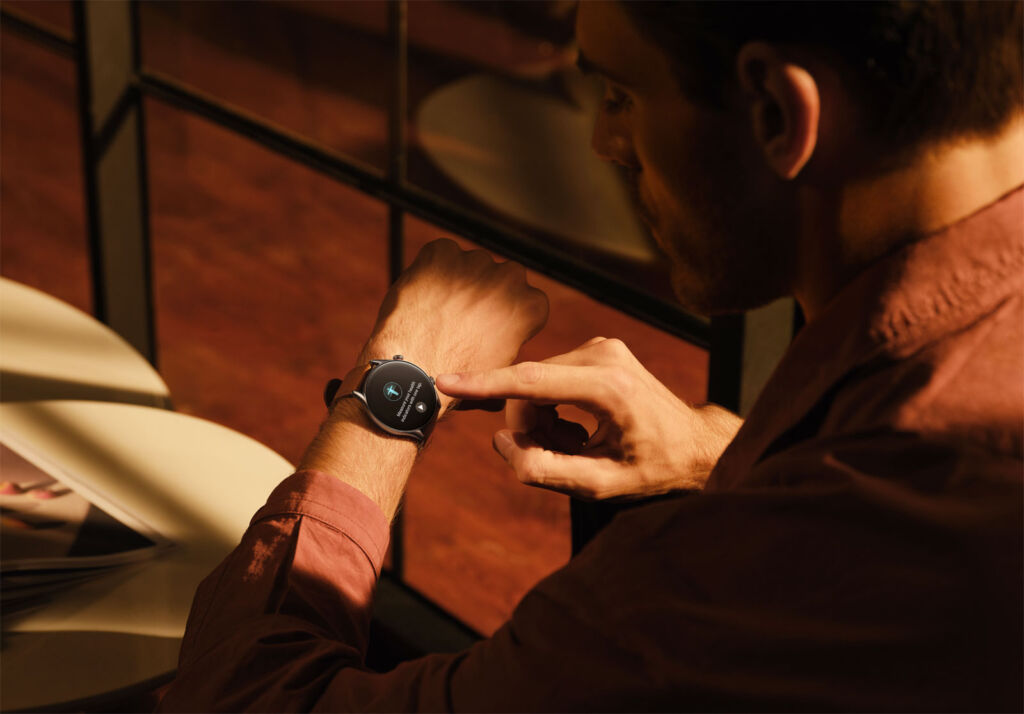 Final thoughts
I must admit that I was pleased and surprised as to how well the Amazfit GTR 3 Pro performed. After all, the GTR 3 Pro was going up against a watch with an RRP three times more. From my perspective, I must admit that the Amazfit GTR 3 Pro exceeded all of my expectations and, for the money, it is somewhat of a bargain. I always try to be balanced and highlight the good and bad with my reviews, and with regards to this smartwatch, I am struggling to see any negatives aside from perhaps the overwhelming amount of data it offers.

This leads to the question asked at the start of the feature, would Natasha swap her seemingly antiquated Garmin watch for the Amazfit GTR 3 Pro? The answer is no, and not for the reasons you probably think. My wife believes that the Amazfit GTR 3 Pro is too attractive a watch to take on what could be a muddy, treacherous, rock-strewn hike. She will wear it, but only paired with smarter attire. Essentially, she’ll enjoy using the GTR 3 Pro when it is in safe surroundings but will leave the muck, rough and tumble to her comparatively outdated Garmin! 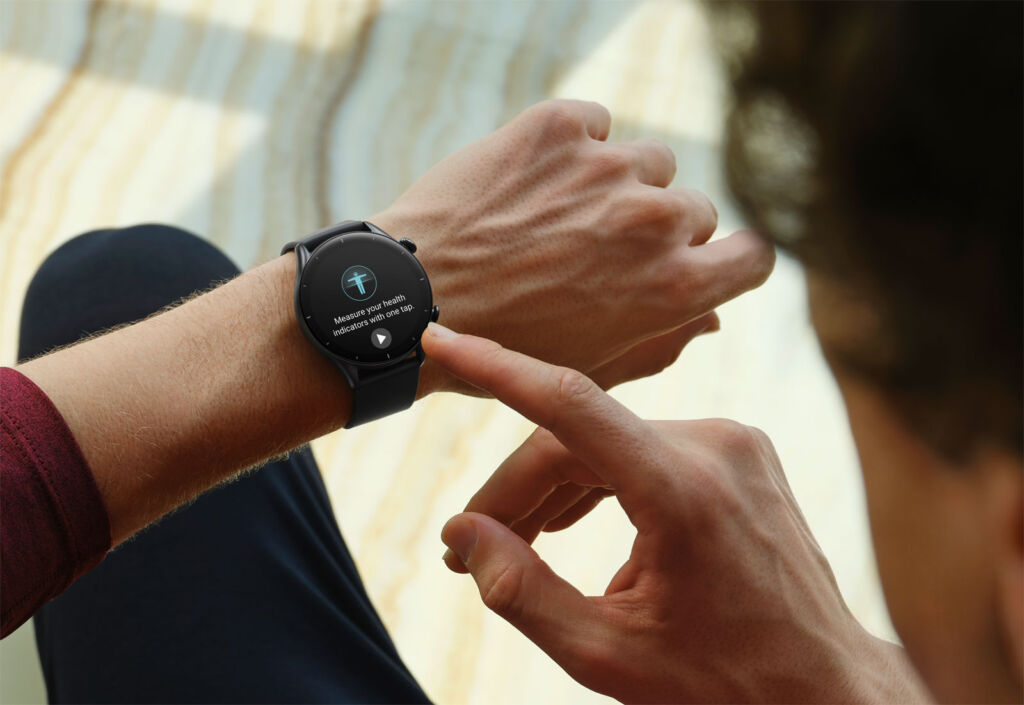 The other newly launched Amazfit models
In addition to launching the GTR 3 Pro, Amazfit also introduced two other models. They are the GTR 3 (shown above), which has a 326 PPI AMOLED HD (not Ultra) round screen, which is slightly smaller than the Pro’s at 1.39″. What differentiates this model from the Pro model is although it has the same sized battery, the non-pro model will last considerably longer at 21 days as it doesn’t have all of the same functions. What the GTR 3 is missing are the external speaker and WiFi capability. Also, it does not support calls via Bluetooth and does not have the music storage capacity. 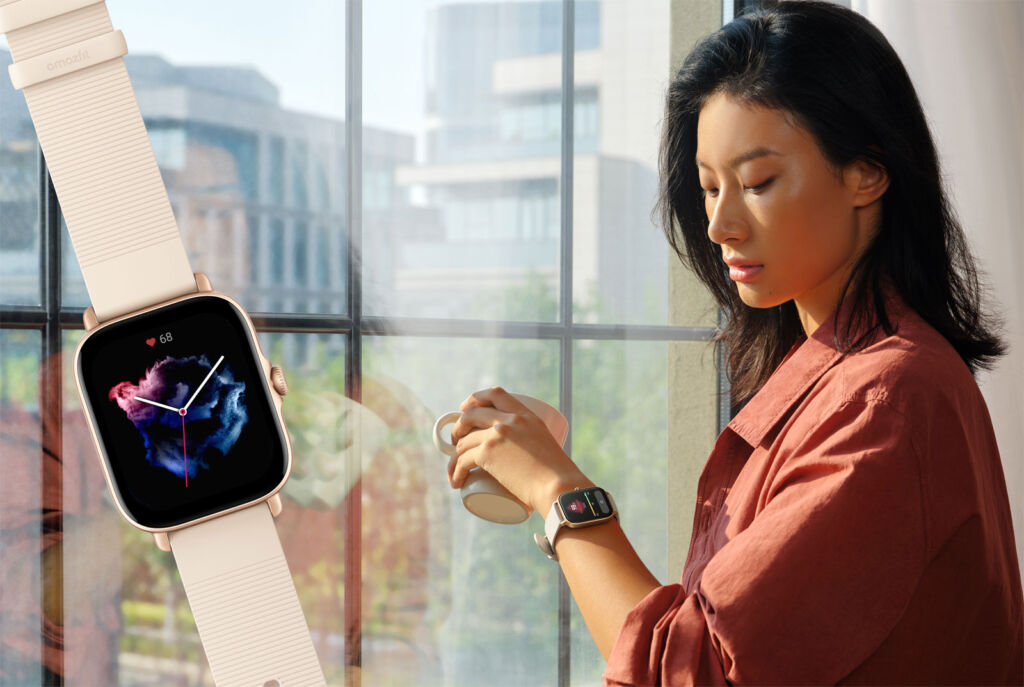 Joining the GTR 3 models is the GTS 3, which has a 341 PPI 1.75″ AMOLED Ultra HD square-shaped face. This watch is slightly lighter than the other two at 24.4g and is missing the same features the GTR 3 is when compared to the Pro model.