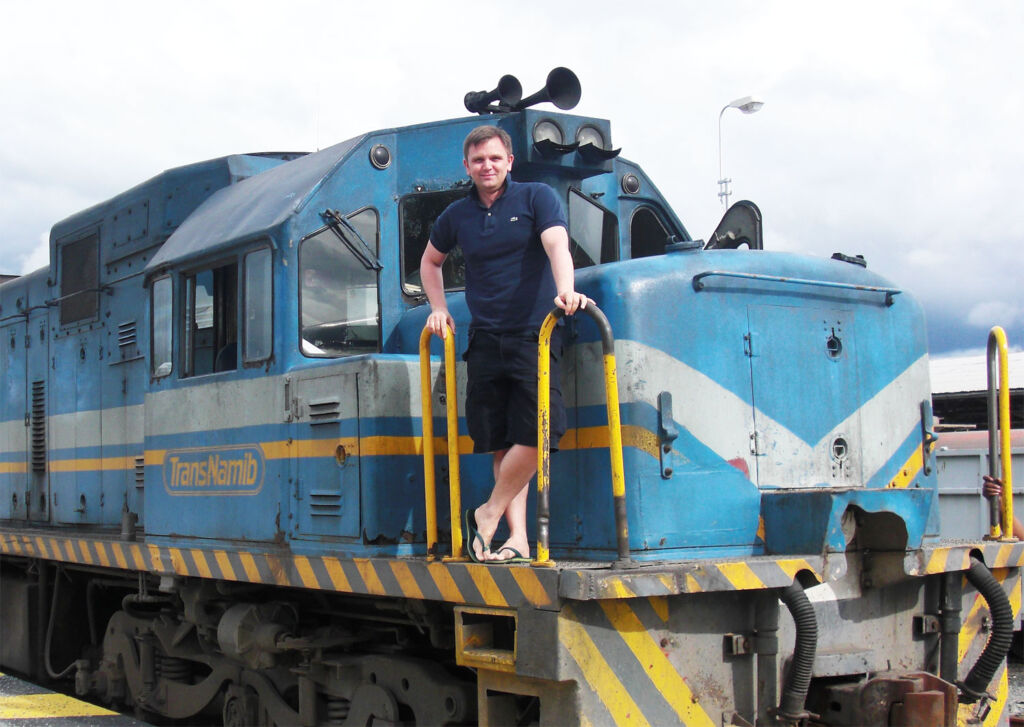 As the world tentatively opens again and people are thinking of holidaying once more, we spoke to avid rail travel enthusiast Andy Brabin about his global rail escapades, his latest venture, UKByRail and his obsession with ‘gricing’.

When entrepreneur Andy Brabin left his busy corporate life as the founder of one of the UK’s leading rail holiday operators, he went loco for his passion for rail travel. Dedicating most of his time to exploring the world’s rail lines, the Lancashire lad has crisscrossed Europe several times, journeyed on all continents with rail track and estimates he has racked up hundreds of thousands km’s on the track.

He’s travelled the world’s longest, highest and deepest rail lines. When he’s not actually on board a train, he’s busy helping others explore by rail as a Travel Architect. He founded discoverbyrail.com in 2016 but will be launching another rail-based service later this year. UKByRail will design bespoke trips for those preferring to travel by train.

His signature ‘come along for the ride’ has built Andy a loyal social media following, so we chatted with him to find out more on his favourite rail journeys and where it all began.

Luxurious Magazine: As far as job titles go, ‘Rail Adventurer’ is pretty out there, tell us more…
Andy Brabin: I love travelling by train and discovering Europe, and the wider world, by rail. You get to see, feel, smell and experience a country as a local – after all you are travelling by public transport, with the honourable exception of the luxury trains.

The passion for travelling by train is something I love sharing. Hopefully, it will encourage people to get on board to discover more by rail. My Travel Architect service, discoverbyrail.com, gives me the privilege of working with clients to create unforgettable travel experiences based around train travel. As one of the world’s leading train travellers, my experience and knowledge are a treasure trove that I love to share! It is a bespoke service that is provided based on decades of experience.

LM: It goes without saying that you are a little loco for rail travel, when did you fall in love with travelling by train?
AB: Railways are in the family blood – my father worked at the Horwich Locomotive Works in Lancashire. My great uncle was a Shed Master at Bolton.

At secondary school, some of my friends were trainspotters, and I joined in with them collecting engine numbers, but the passion for exploring was what I really wanted to do.

We would travel around the country visiting different locations to spot trains and to ride them. One aspect of this was known as ‘bashing’, which entailed travelling on trains hauled by different locomotives. In the height of my bashing days, this saw me travel from Wick to Penzance and all points in between. Another aspect of the hobby is ‘gricing’, which involves travelling on different rail routes. I have travelled on all the passenger rail routes in the UK.

My passion for European rail started with an InterRail with a friend in 1984 – and I have never looked back! 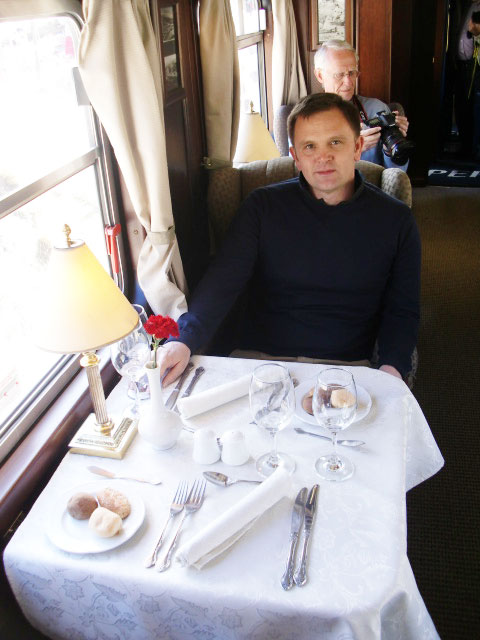 LM: So, no soggy Sunday mornings with your boiled egg butties taking note of the engine numbers at your local station these days, but would you still class yourself as a ‘train geek’?
AB: The days of noting down engine numbers are long gone, but I still enjoy the butties! My passion, some say obsession, is ‘gricing’. Currently, I have a project #allthelineseurope which aims to see me travel on all passenger rail lines in Europe. I am quite advanced with this and have completed, or I am 99% there throughout Spain, Portugal, France, Germany, Czech Republic, Slovakia, Netherlands, Belgium, Luxembourg, Austria, Switzerland, Denmark, Sweden, Norway, Finland and Montenegro. There is nothing I love more than sitting down and looking out the window and watching a country pass by.

LM: Do you have an all-time favourite rail journey?
AB: It has to be The Bernina Express. It is a stunning ride, at any time of year, and is easily accessible meaning …I can keep going back!

LM: You have crisscrossed Europe by rail several times, are there any routes you are yearning to travel still on the Continent?
AB: The railways in the Balkans. As part of my #allthelineseurope project, I need to explore the region. It can be challenging to travel by train in that part of the world. Patience and time are needed. You get the rewards of travelling the lesser frequented rail routes and seeing off-the-beaten-track parts of Europe.

LM: Luxury trains…tell us a bit more about these.
AB: Most people are familiar with the concept of cruising, taking in multiple destinations without having to unpack, pack and unpack again, constantly. What are less well known, are train ‘cruises’ which have the same concept as a sea cruise, but you are on the rails. And the scenery out the window is definitely more interesting! 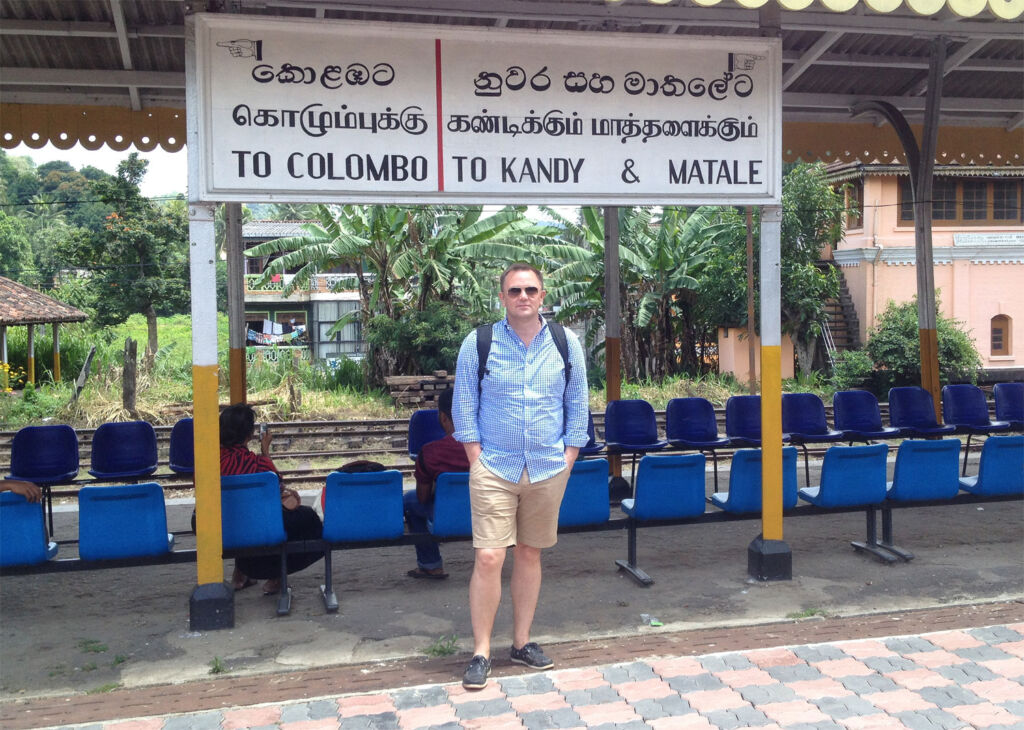 LM: Some of those trains and journeys sound incredible, worthy of the bucket list. Is there a luxury train you have yet to jump aboard?
AB: I’ve been privileged to travel on many of the luxury trains around the world and recommend each and everyone I’ve taken! The Indian luxury trains are a great way to see the country BUT get a taste of ‘real’ India; the local trains are much better. Railway stations are where you see all of Indian life.

I have not yet had the opportunity to travel on the Grand Hibernian in Ireland nor the new trains cruises in Japan. However, what I consider to be the best train in the world, is the Pride of Africa operated by Rovos Rail. The South African based operator has launched a new route that takes in DRC and Angola, and if I have one luxury train goal …this is it!

LM: Heritage railways and the nostalgia surrounding the ‘golden age of steam’ seem to be very popular with day tourism, are you a fan of steam trains?
AB: People may find the answer to this one strange… I can take or leave them! They are fun to travel on, but I don’t go out of my way to ride them – I grew up in the age of diesel and electrics and just have very vague memories of steam as it was being phased out in my early years.

LM: All this sounds like a wonderful life to live! As a non-stop global rail adventurer, have you commercialised this?
AB: I’m very fortunate that my passion for travel and trains has been enabled by my career. I founded the award-winning tour operator Railbookers and now have a Travel Architect business, DiscoverByRail, creating unique itineraries for people who want to see the world by train. Later this year I will launch UKByRail, focusing on travelling by train throughout England, Scotland, Wales and Northern Ireland.

LM: You are currently involved in a research and development project about travelling by rail, is this to highlight the benefits of rail travel over the air?
AB: Yes I have been commissioned to come up with practical solutions to break the barriers that ‘force’ people to fly rather than take the train for both UK domestic travel and trips to Europe up to 700kms.

Rail is the way to go, for so many reasons, yet people are automatically lean toward flying. The rail industry shoots itself in the foot by making rail a non-viable option…. watch this space for the report’s launch in the autumn. 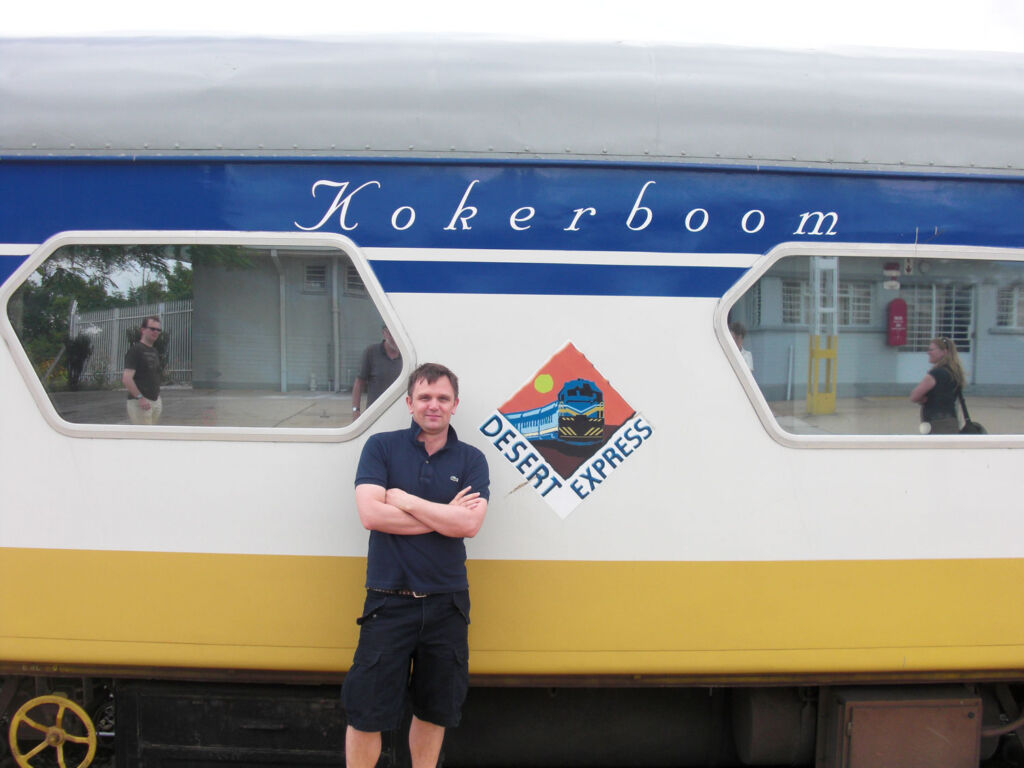 LM: The current 2020 restrictions on travelling must be more frustrating for you than many of us, have you got any trips planned now the world is beginning to show signs of opening up for us to explore again?
AB: I’m already back on the rails and since Lockdown ended in the UK have been to Italy, Germany, Czech Republic and Poland – riding the rails of course!

In Conversation with the Bowes-Lyon Partnership Founder Hayley Bystram 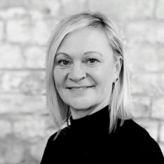 Emily’s experience delivering content includes communications, features, round ups and reviews spanning more than a decade. Nosy by nature, Emily loves seeking out interesting people to interview and sharing their story as well as indulging in her real passion, travel. Following her previous global wanderings to more than 85 countries, which have seen her scale Himalayan mountains, sail Caribbean coastlines and survive a three year overland journey from the UK to Australia, she resides with family in Northern England. For now.