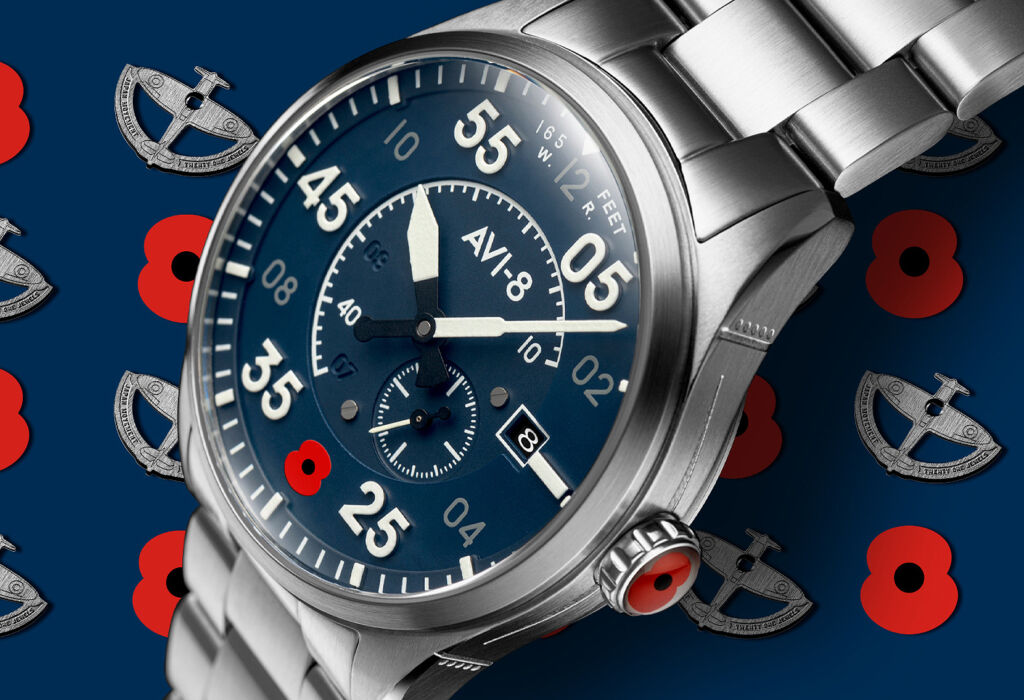 Two thousand and twenty-one marks one hundred years since the formation of the Royal British Legion, an extraordinary organisation formed to help soldiers who were engaged in the Great War. The British watch brand Avi-8 watches have designed a remarkable limited-edition timepiece subtly adorned with poppies to celebrate this momentous occasion.

Every so often, writing about a product becomes an honour. The Spitfire Type 300 Automatic Royal British Legion limited edition from Avi-8 is one such product and brought a tear to my eye upon opening the box. It evokes so much sentiment with beautiful poppies sympathetically placed on the dial and crown. It is not an expensive watch by any means, but the value to any owner will be priceless. 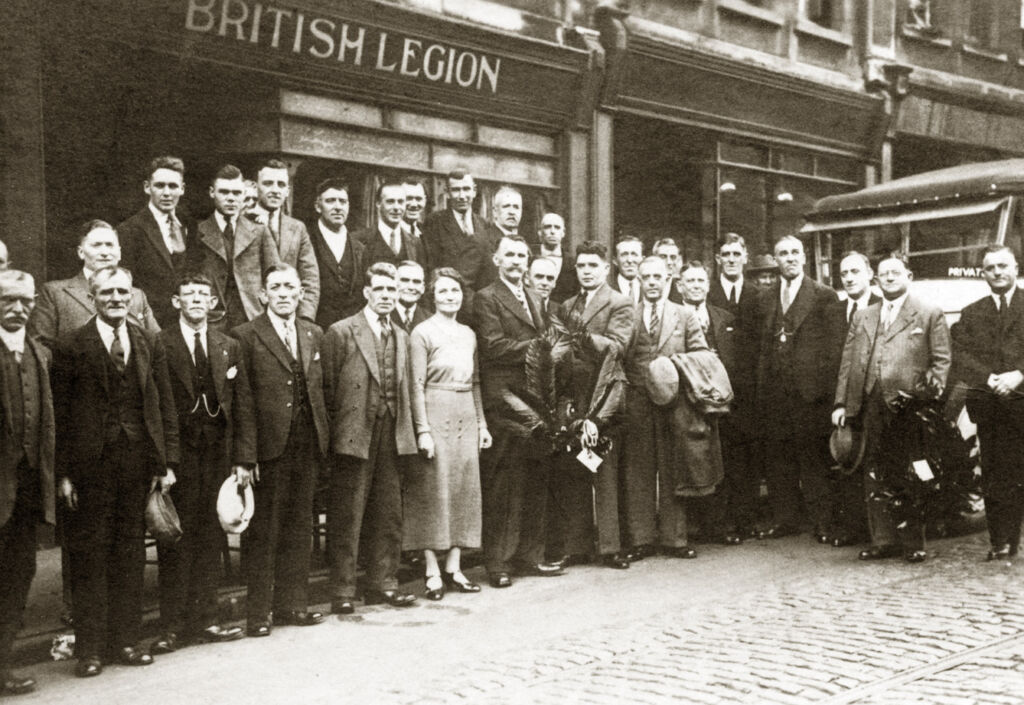 Out of adversity sometimes comes hope and development. This was certainly the case when the Royal British Legion formed after the horror of the First World War. In 1921 the aftermath of the war was still affecting Great Britain and the millions of men who were fortunate to return from battle three years earlier. They needed support in many ways; this was long before anyone knew about PTSD.

In the hundred years since the formation of the Royal British Legion, they have supported all the Armed Services and their families.

The Charity is famous globally for organising the yearly Poppy Appeal, which raises millions of pounds to allow veterans and serving personnel support. Avi-8 honours the Royal British Legion charity, with the Poppy placed on the Limited Edition Spitfire 300 Automatic. 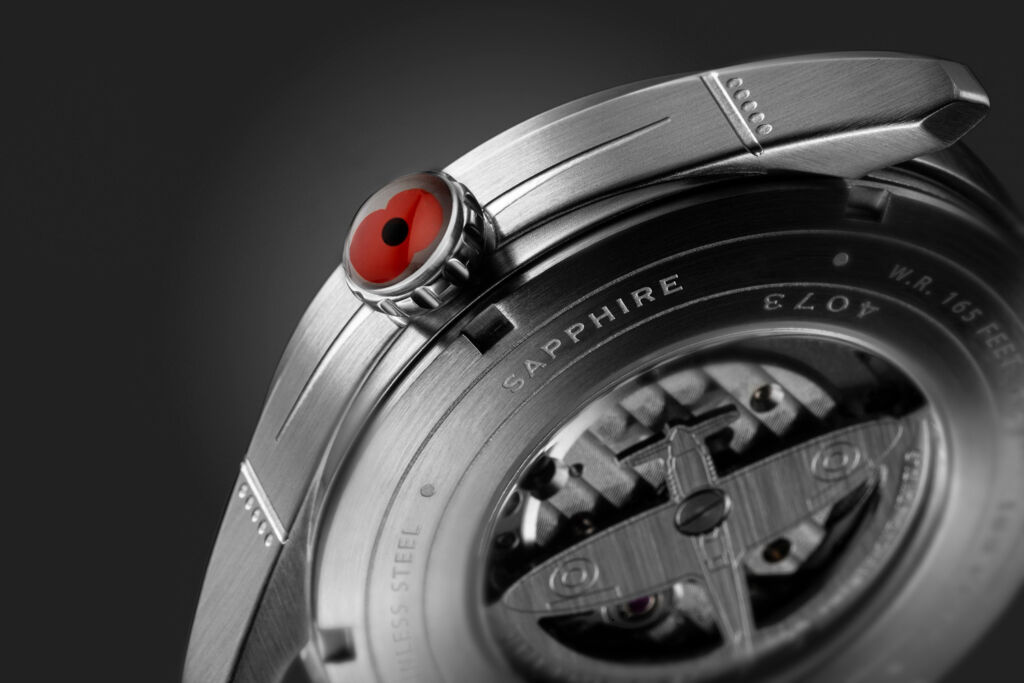 The case is 42mm in diameter, shaped to follow the elliptical form of the Spitfire. From lug to case body, the sapphire lens to the case back, Type 300, is a quick form-driven echo of this iconic aircraft. A beautiful touch is a crown expertly topped by a red two petal poppy encapsulated in epoxy.

The Spitfire Type 300 employs an automatic movement with a custom rotor. It is designed to reflect a birds-eye view silhouette of the Spitfire, which is fixating. An ever-spinning reminder of the plane and the brave people who flew it. 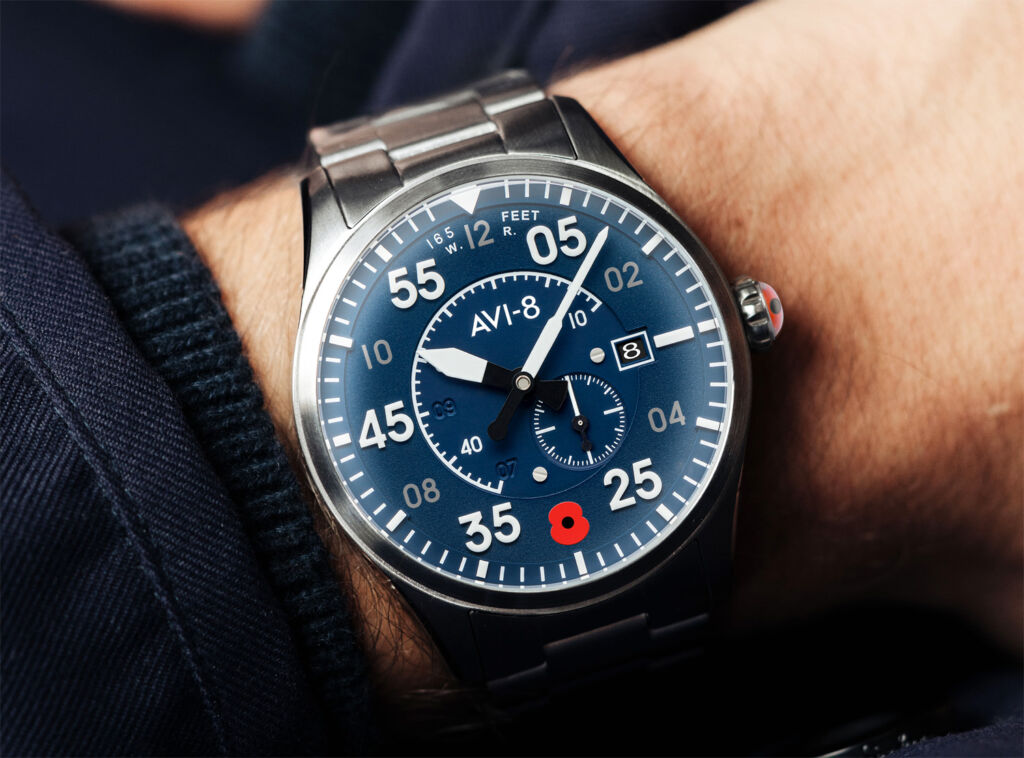 A solid stainless steel bracelet with an excellent clasp attaches the watch to your wrist. It is comfortable and completely secure. Adding to the uniqueness of the timepiece is its limited run of only five hundred pieces, each one with an allocated number. Packaged in a distinctive blue and red gift box, resembling the Royal British Legion’s branding brings emotions with it.

Ben France, Head of Corporate Partnerships at the Royal British Legion, said, “We are delighted to be working in partnership with AVI-8 and are incredibly grateful for their support. The limited-edition timepiece is a fantastic way to mark this significant moment for the Royal British Legion when celebrating 100 years of supporting the Armed Forces community. The funds raised from sales of the timepiece will ensure we can continue to provide life-long support to all serving and ex-forces personnel and their families.”

I have parents that lost family members in the first world war and then again in WWII; the Spitfire Type 300 Automatic Royal British Legion goes a long way in honouring those and every other person who lost their lives serving Great Britain. 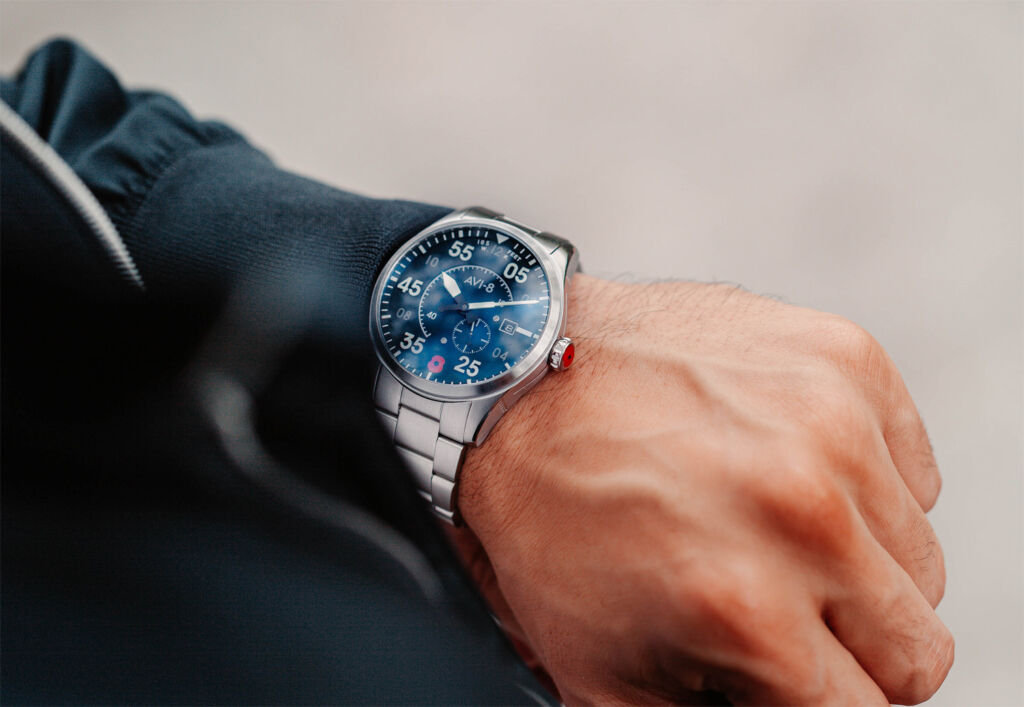 The watch is also a symbol of peace and pride, recognising a fabulous Charity, the Royal British Legion. I love the Type 300 for many reasons, some personal, some material, and I wear it with pride.

Avi-8 Spitfire Type 300 Automatic Royal British Legion – Where and How?

Avi-8 watches is based in London, and watch and accessory purchases can be made via their website https://avi-8.co.uk.