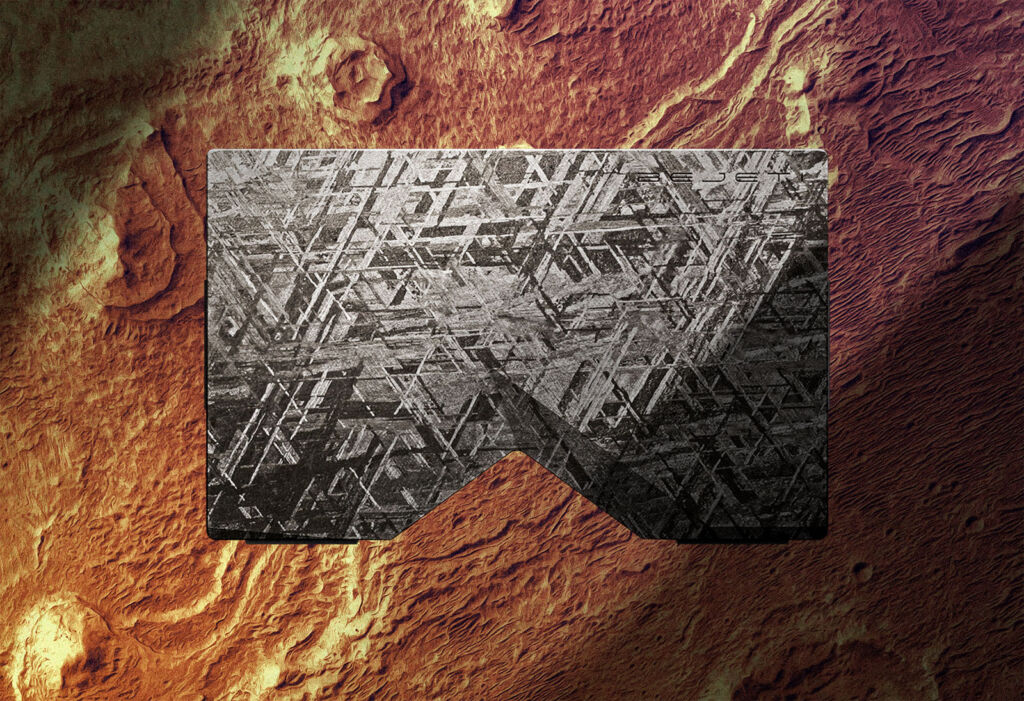 The U.S. company Bejeti is taking recycling and repurposing to a whole new level. The company manufactures unique, luxurious wallets, but not in the way you would imagine. Within their exquisite creations are some extraordinary materials, with one, the Planetesimal from its Celestial line using a material more than 4.5 billion years old.

It takes a lot to get me enthusiastic nowadays. Although I am the owner of Luxurious Magazine, I haven’t agreed to go on an overseas press trip or have the latest supercar delivered to me for a review in more than a decade. Having already lived a life beyond my wildest dreams even before I created the magazine, I thought I had pretty much seen it all. However, I was recently surprised when a small black package arrived from the U.S. based company Bejeti.

Within the package was something I’d always dreamed of owning. It was an iron meteorite estimated to be billions of years old. Also inside the box was a metal card with a passcode inviting me to discover more about Bejeti. Being the curious soul I am, I did, and what I saw and read, was simply out of this world.

As I browsed the Bejeti website, I couldn’t stop holding and examining the meteorite; it was a thought-provoking and humbling experience. In my hands was something created before any life had emerged on the planet and had travelled an unimaginable distance to get to me. Whilst holding it, I thought about just how short a time humans have been on the earth and how fleeting our individual lives are. To be frank, the word insignificant kept popping up in my mind.

Meteorites are not a new thing to the luxury industry. Over the years, a few forward-thinking brands and designers have introduced them into special edition watches and jewellery; however, meteorites in luxury is still somewhat of a rarity. The main reason behind this is that it’s not the most straightforward material to work with, and locating the ideal piece is far from easy.

Iron meteorites are samples of metallic cores and molten pools formed in diverse planetary bodies, and incredibly, what one began as the molten remnants of a celestial body has now been transformed into a wallet. Just that statement alone gives pause for thought. 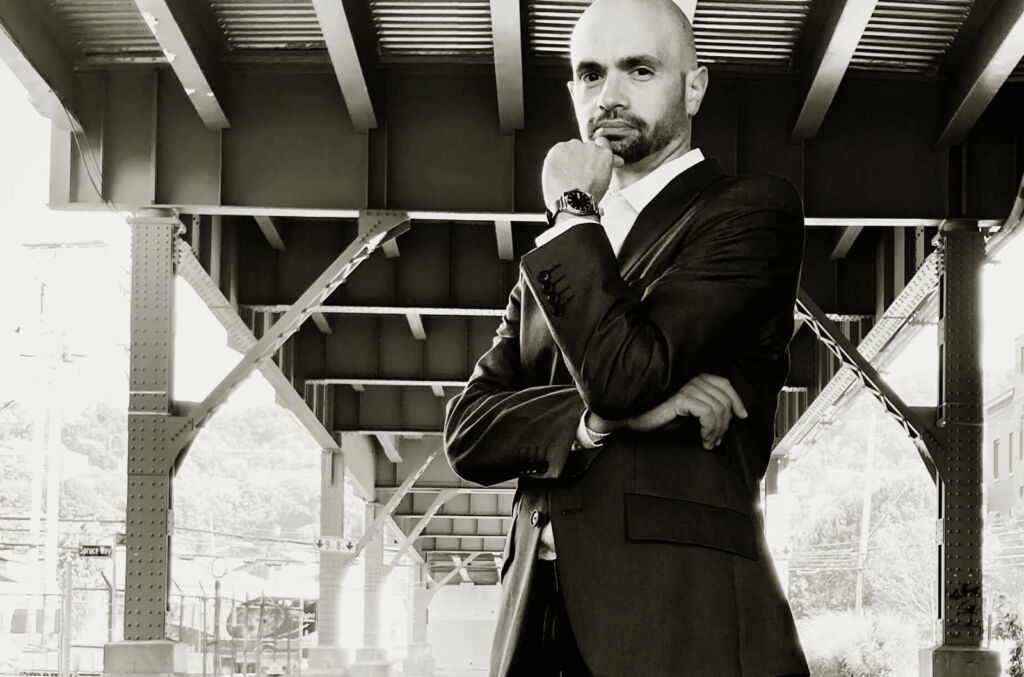 Eduardo Sande is the brains behind Bejeti. He is a first-generation Uruguayan American with a B.S. in Chemical Engineering from Penn State University and an MBA from Carnegie Mellon University. From his base in Pittsburgh, also known as “The Steel City”, Eduardo has somehow found a way to make the impossible possible by making a wallet out of a meteorite.

Eduardo is no stranger to designing, having been inspired by his father and grandfather’s skill in creating exquisite furnishings. Twenty years later, this legacy of fine design continues with the creation of Bejeti and its ultra-luxe, hand-crafted wallet designs. 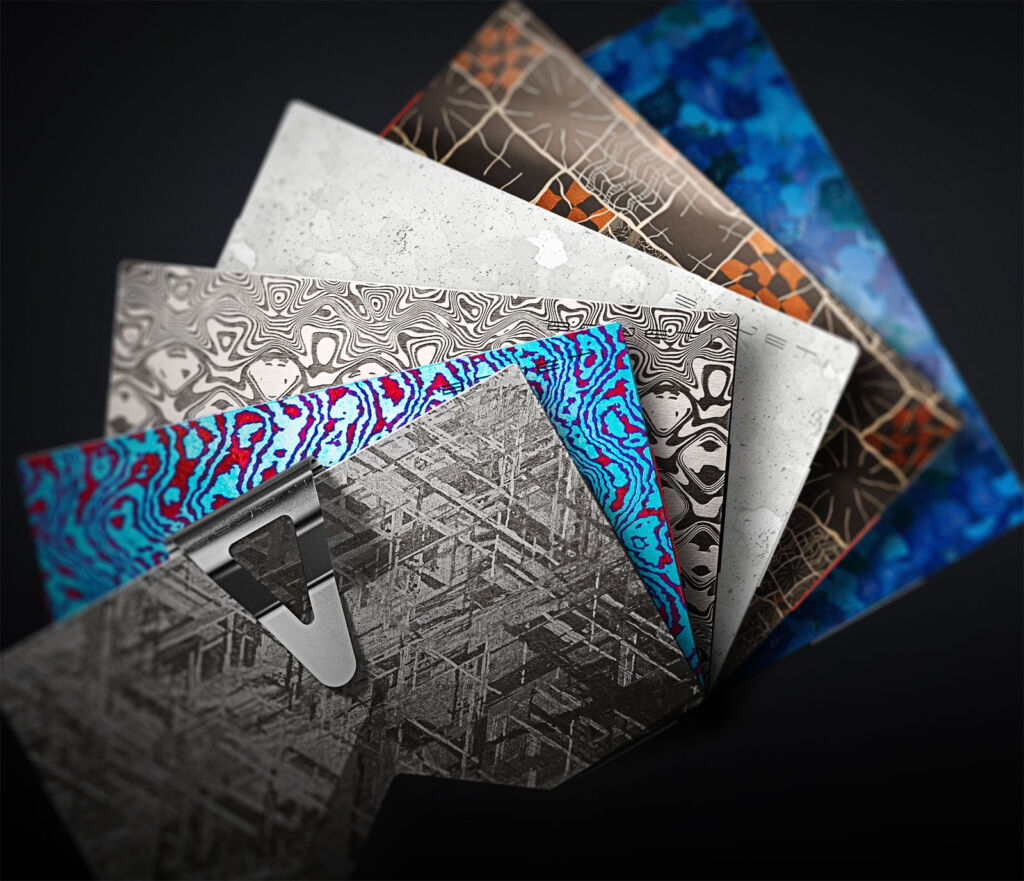 I believe that the key to any business being successful in today’s world hinges on two words, recycling and repurposing; Eduardo and Bejeti have taken these two things to an entirely new level. The material they are using in their Planetesimal wallet is 4 to 4.5 billion years old, and scientists estimate that it likely took a thousand years to cool down just one degree Celcius during its journey.

It almost seems unfair that it had taken so long to cool down before being heated up once again into a molten fireball, finally hitting the surface of the earth between four and six thousand years ago.

It’s far too easy to use words such as otherworldly when writing about Bejeti’s Planetesimal Wallet and their other creations; they are probably better described as hand-crafted works of art that will be an heirloom that can be passed from generation to generation. 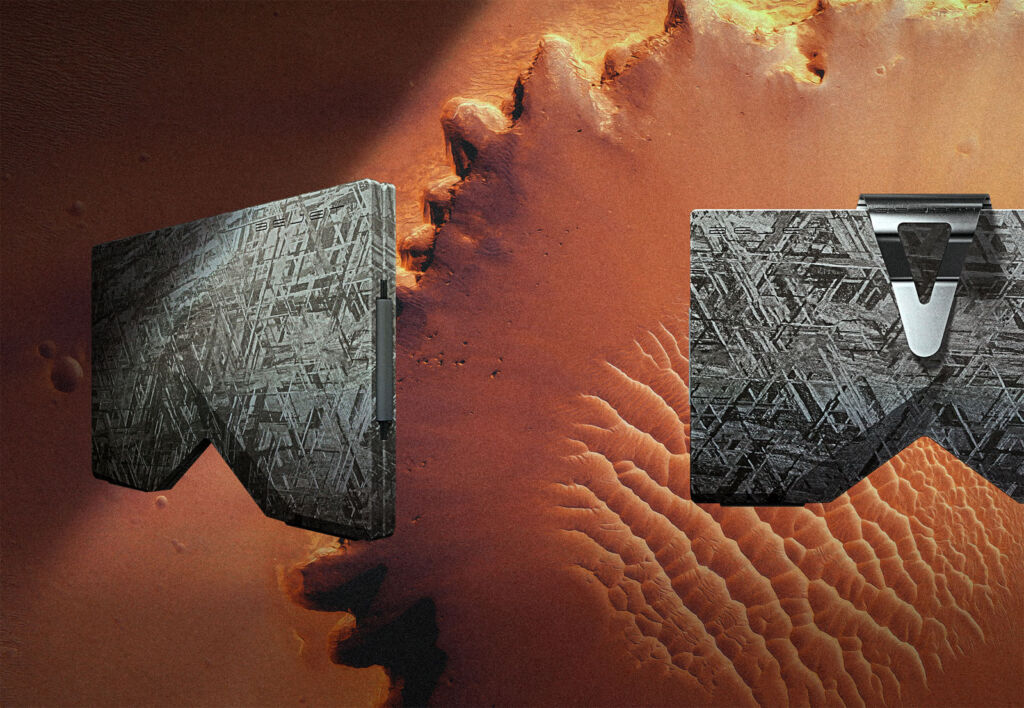 The Bejeti Planetesimal Wallet (see above) is made from a meteorite and weighs 6.2oz or 176gms. It is about the same size as a small smartphone and measures 3.4″ in length, 2.1″ wide and 0.3″ thick, and each Bejeti wallet comes with a certificate of authenticity as any piece of original art.

Bejeti is a company with a clear focus on the future; it seeks to demonstrate how humans can create incredible things using the stars, earth natural materials and even man-made waste.

I doff my hat to Bejeti. Not only have they created something incredible and unique, but they have also broadened the spectrum when it comes to recycling. The company’s commitment to manufacturing products that originate from the environment and its drive to preserve them is something I hope other companies will be inspired to replicate.