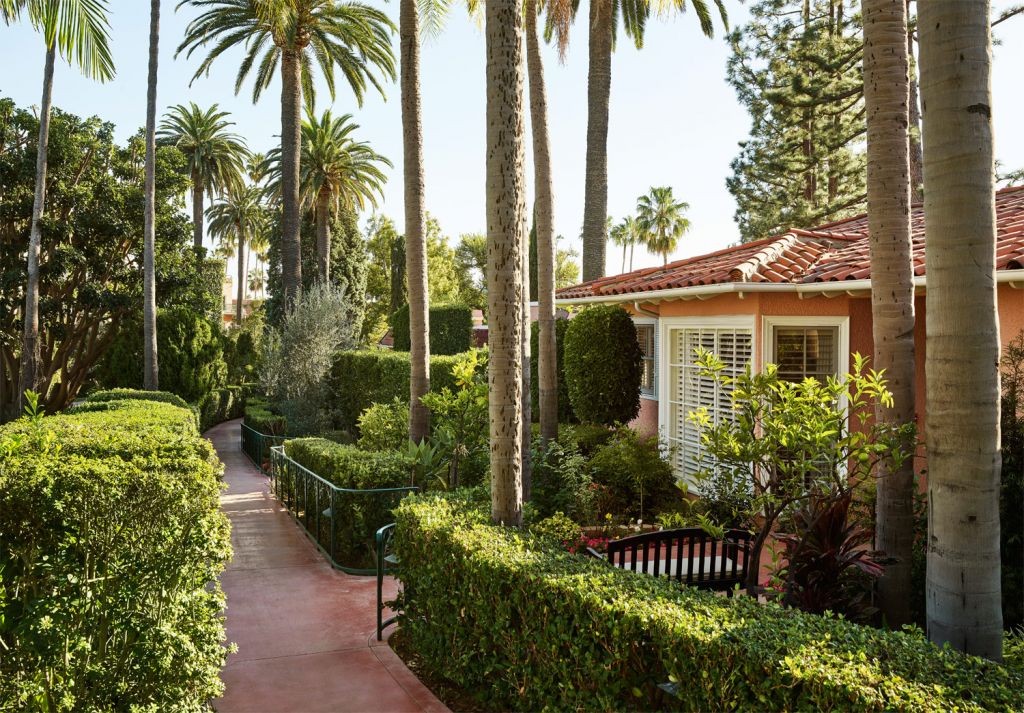 Affectionately known as ‘the Pink Palace’, the iconic five-star Beverly Hills Hotel has been a bastion of glamour, glitz and romance since it first opened in 1912. This iconic Mission Revival-style hotel boasts 210 luxurious rooms and suites, alongside 23 bungalows, surrounded by 12 acres of dreamy tropical gardens. 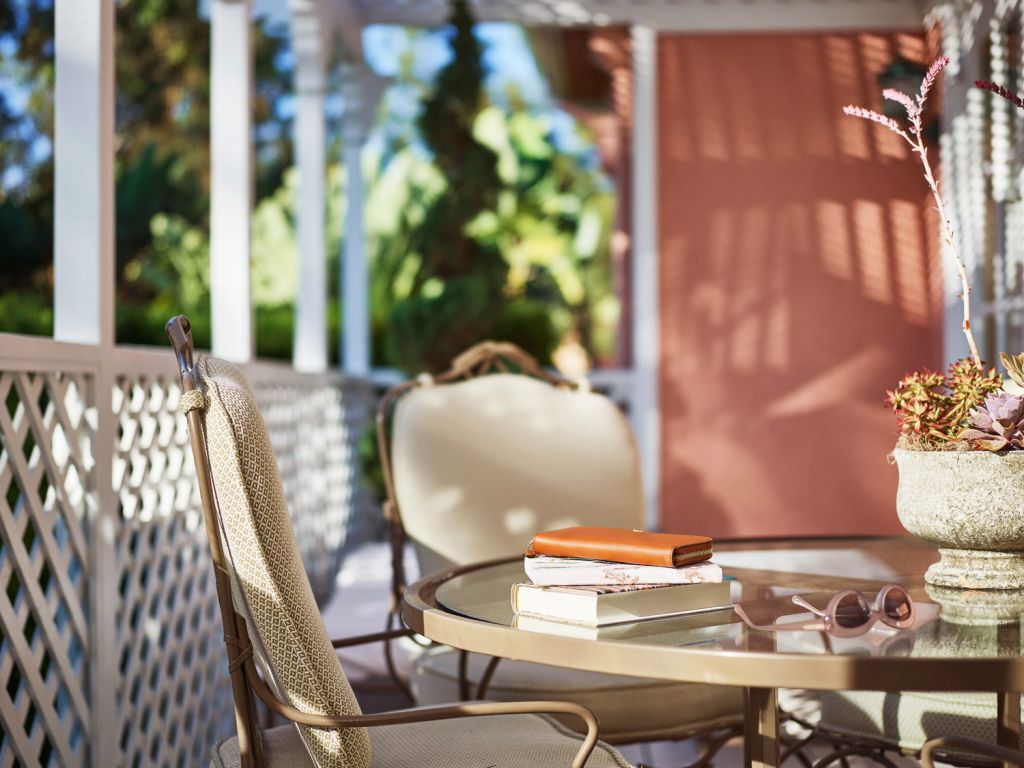 Pink and green are the signature colours here, in addition to legendary service that still ensures the Beverly Hills Hotel is the preferred home-from-home for the Hollywood elite. From the Rat Pack and Marilyn Monroe to Howard Hughes and Liz Taylor (she spent six of her eight honeymoons in the bungalows), the bungalows have played host to the cream of the entertainment industry. Lauren Bacall and Marlene Dietrich each lived in the bungalows for over a year, while Marilyn Monroe spent weeks in her favourite Bungalows 1 and 7, and filmed Let’s Make Love in Bungalows 20 and 21. 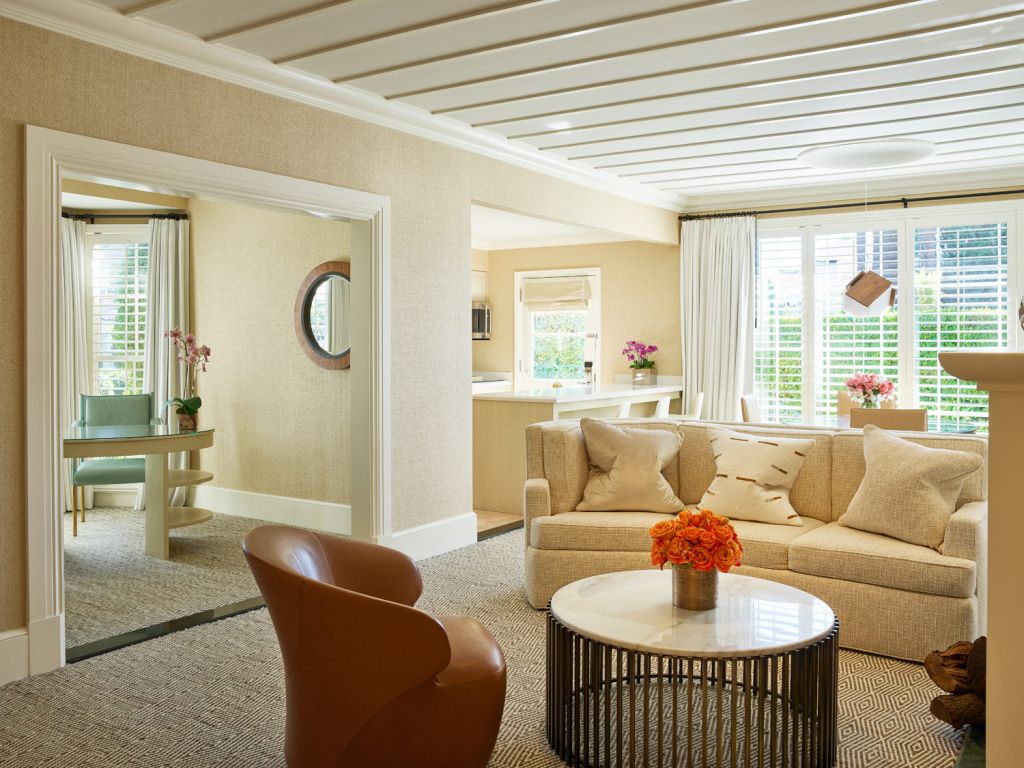 Concluding its extensive bungalow restoration, The Beverly Hills Hotel has just unveiled the final in its series of superbly redesigned bungalows – Bungalow 9, inspired by legendary and frequent guest, Charlie Chaplin. 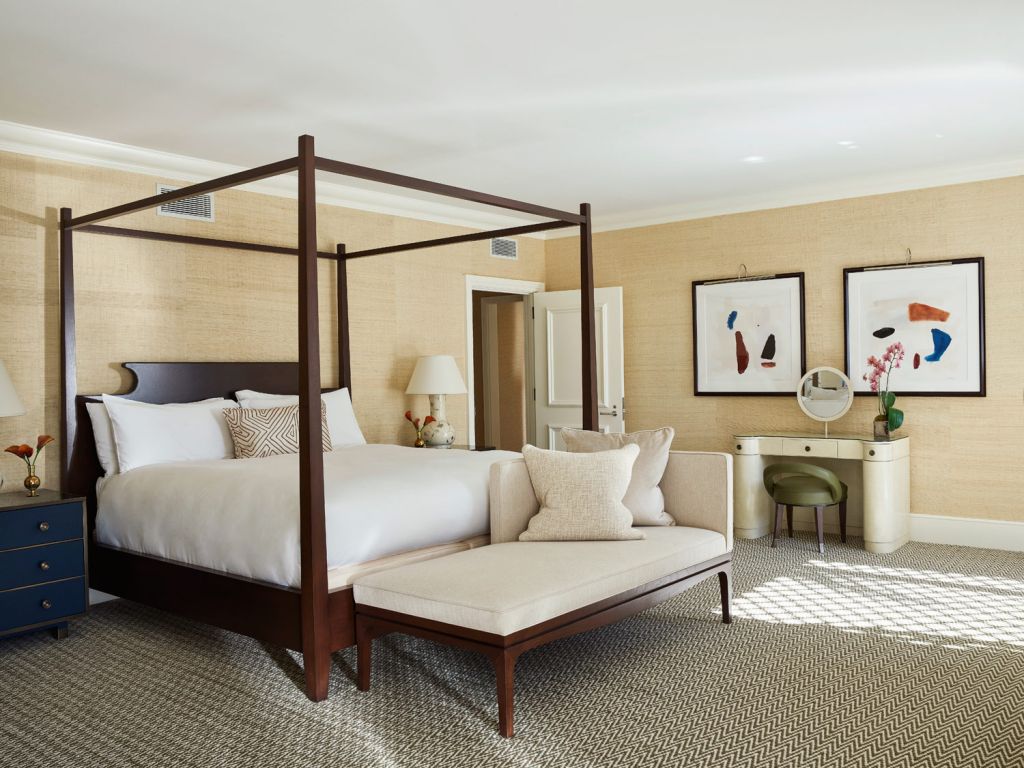 The silent screen star’s quirky persona comes to life thanks to classic design elements and subdued hues with character pieces and movie-palace architecture. There are subtle nods to the English movie icon’s English roots and an elegant mix of shapes and patterns in the 2030 square-foot space. 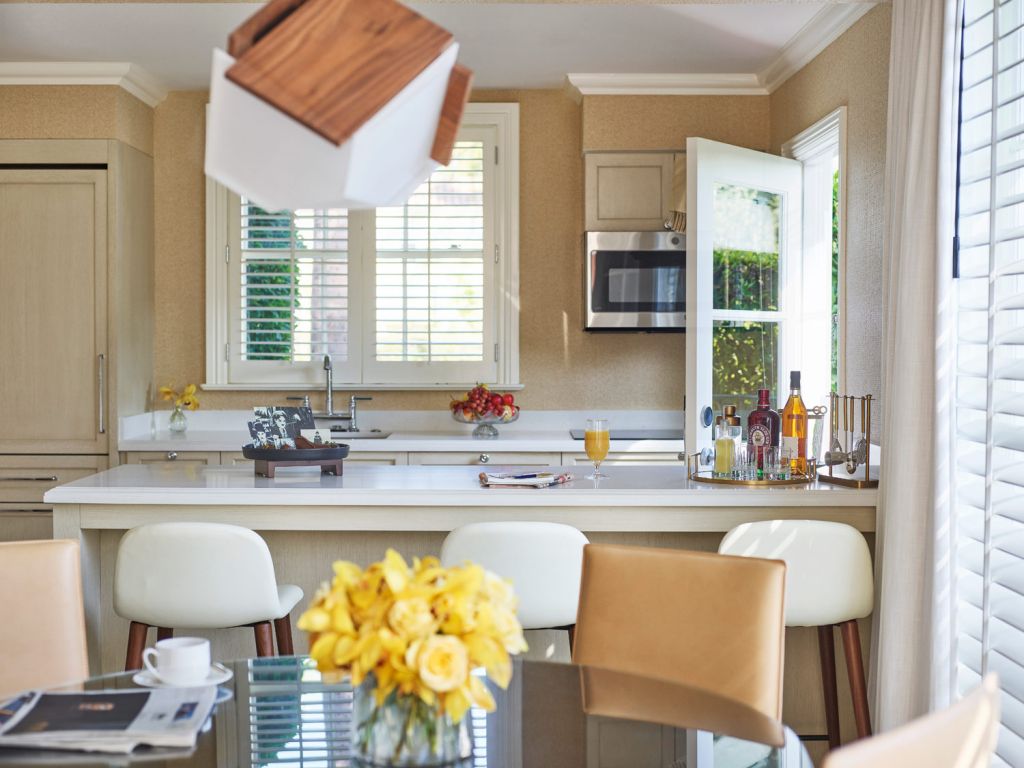 Guests staying in the bungalow can appreciate the following Charlie Chaplin-themed services and amenities: There’s a library with numerous classic Charlie Chaplin books. Also, the opportunity to enjoy a Charlie Chaplin cocktail which is made with sloe gin apricot brandy and lemon juice in a highball glass. On arrival, guests are served with a chocolate dessert inspired by his work – such as a chocolate shoe that pays homage to his role in The Gold Rush. 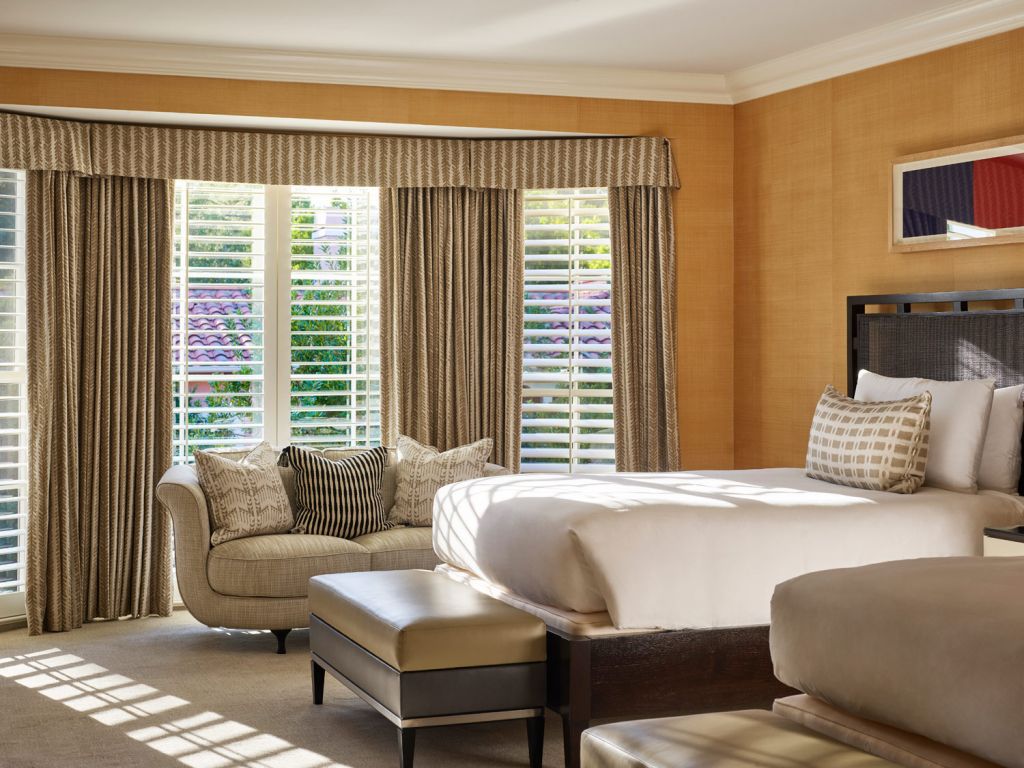 “We look forward to providing our guests with an enhanced experience that will lovingly highlight the bungalows’ unique features and legendary history with Hollywood and the Beverly Hills community,” says Edward A. Mady, regional director, West Coast, USA and general manager.

“Great care is being taken to maintain their beloved features, which include their residential style and privacy, while also allowing us to stay internationally relevant with the next generation of luxury travellers,” he adds.

The Beverly Hills Hotel – Where and How?