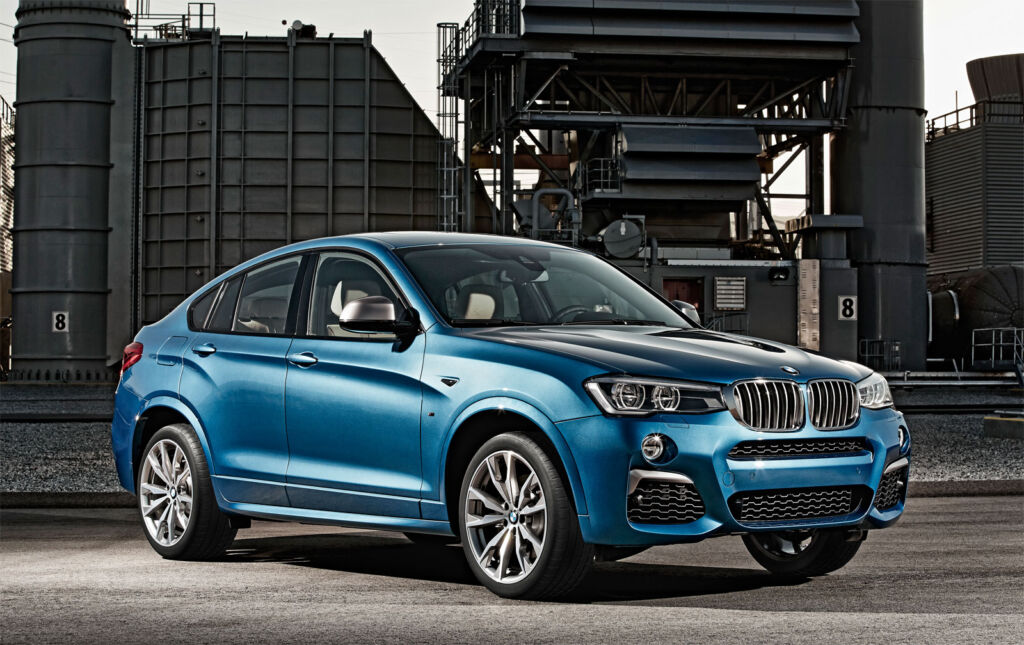 BMW labels its X4 a Sports Activity Coupè as opposed to an SUV. After driving the BMW X4 M40d model for a week, I found it to be an extraordinarily capable vehicle and, without a doubt, a wolf in very attractive sheep’s clothing.

When the stunning Blue BMW X4 M40d arrived outside my house, it drew positive attention as soon as people saw it. The X4 has a low silhouette, unlike previous large SUVs. Its competitors, such as the Mercedes GLC Coupè and Porsche Macan, have also adopted the same design route. It is a welcome change to the endless stream of bulky, slab-sided SUVs dominating Britain’s roads. 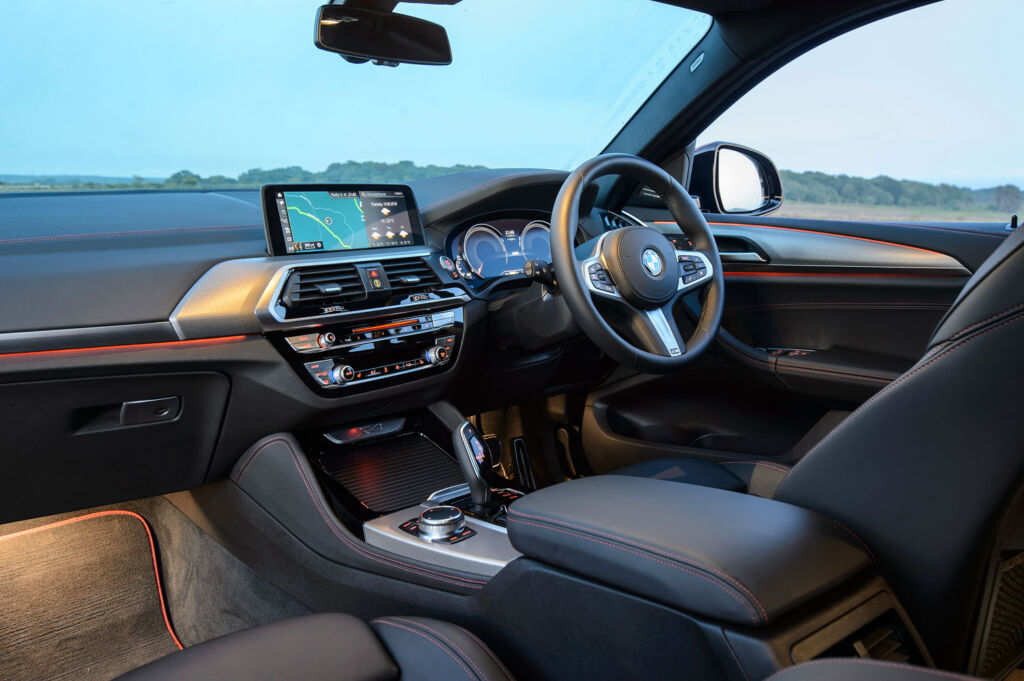 Behind the wheel
The BMW X4 M40d provides a great viewing position from the sumptuous driver’s seat, and all the most important controls are easily accessible. The cockpit and interior look and feel top-quality, ensuring you and your passengers will enjoy every trip in comfort.

The space inside is surprisingly large, yet you don’t feel like you’re behind the wheel of a big car when you’re driving it.

As you would expect with a car costing over Fifty thousand pounds, it is packed with technology. Driver aids and impressive infotainment ensure the highest possible safety while also providing fun and comfort.

The interior and exterior technology
Although the BMW X4 M40d is packed with technology, rather than write a vast dissertation, I’ll focus on just a few of them, starting with the superb rear parking monitor system. The parking camera system is quite simply superb and is engaged when reverse gear is selected, appearing on the car’s central infotainment screen. The screen displays coloured lines that help you manoeuvre at the right angles and, at the same time, shows any obstacles.

Next up is the HUD (Heads Up Display). It is technology taken from aviation and enables the driver to see important information on the windscreen directly ahead of them. Perhaps the most important benefit to this system is it keeps the driver focused on the road ahead. The on-screen data includes speed, navigation instructions and more information if required. It’s a well thought out and invaluable system that should be mandatory in all cars.

Another of the aids I liked was the Stop-Start, where the engine turns itself off when the car is stationary—saving on fuel and benefitting the environment. I also liked the Lane departure warning, which warns you if you are straying across lanes. If it feels the car is not under your control, it will try to correct your position for you. The last one I will mention is Active Cruise Control, which adapts the cars speed to the traffic ahead of it, maintaining a set distance from the vehicle in front.

Going back to the Infotainment system, the touchscreen is a very impressive 10.25″. In addition to this is the well-designed cockpit display, which measures 12.3″ and has adaptive mood settings, making information easy to read in any lighting conditions. 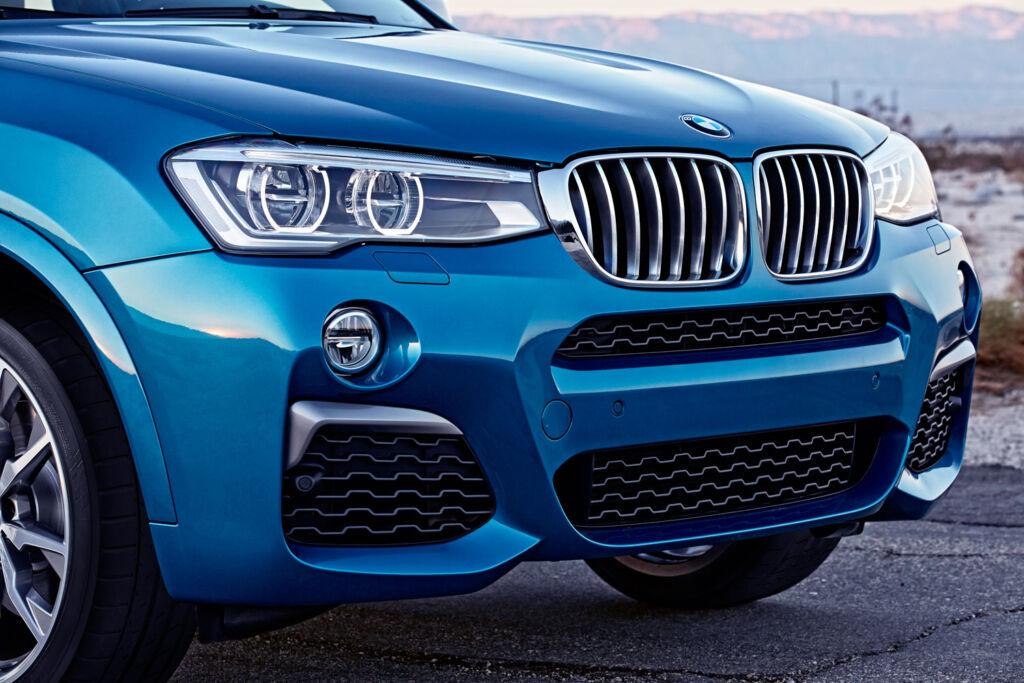 The exterior of the X4 also features plenty of technology, including 3D, LED rear lights, and Adaptive LED Headlights with beam control. The twin exhaust pipes sit on either side of the rear apron and look impressive.

As you would expect with a high-end modern car, connectivity hasn’t been overlooked. The X4 connects to BMW ConnectedDrive and gives you real-time traffic updates and much more.

Driving the BMW X4 M40d
The BMW X4 has a low centre of gravity which increases stability and handling. You don’t feel body-roll when turning into tight corners at speed, eliminating those twitchy moments. The excellent suspension more than copes with pothole-ridden roads, soaking up the bumps and numerous potholes, barely giving you cause to notice them. 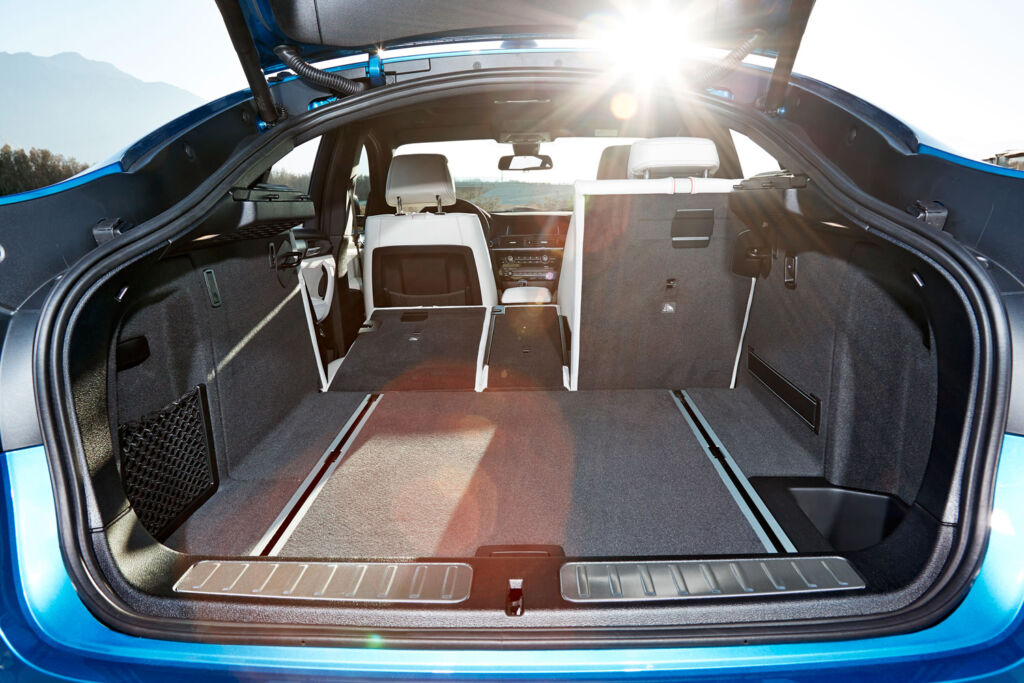 The X4 is cavernous inside and is able to cope with most types of cargo, ranging from small to large. The ample space also extends to the passenger department allowing three adults to travel in comfort without feeling cramped.

The week I spent with the BMW X4 M40d was great. I thoroughly enjoyed driving it along the country road and through villages. The less than pristine roads allowed me to test the handling and performance of the car, and it coped with everything superbly. It is a big car on the outside but drives like a smaller sporty one. On longer drives, such as the motorway, the luxury interior and comfortable seating make a journey a pleasure rather than a chore. 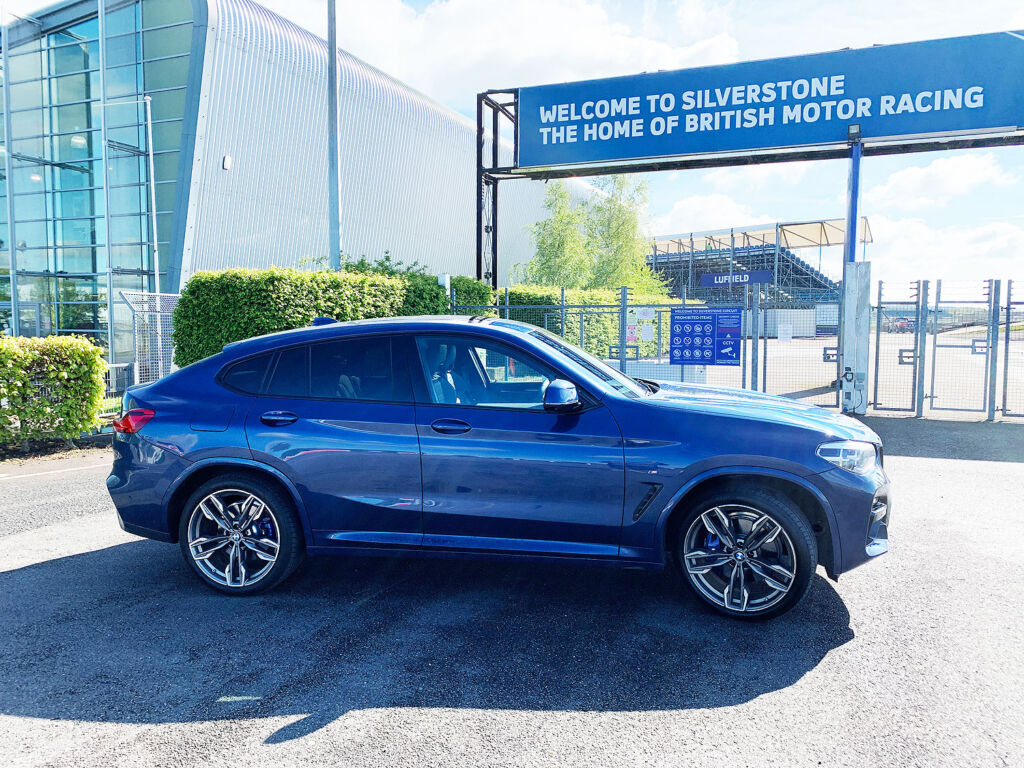 The BMW X4 M40d surprised me on numerous fronts, and I can now clearly see why it has such a wide-ranging appeal. It’s a brilliant combination of practicality and luxury, and although I feel it is likely to be categorised by many as a family car, to me, it felt more like a two-seater sports coupe.

For more information on the BMW X4 M40d and a list of dealers and accessories, visit www.bmw.co.uk.