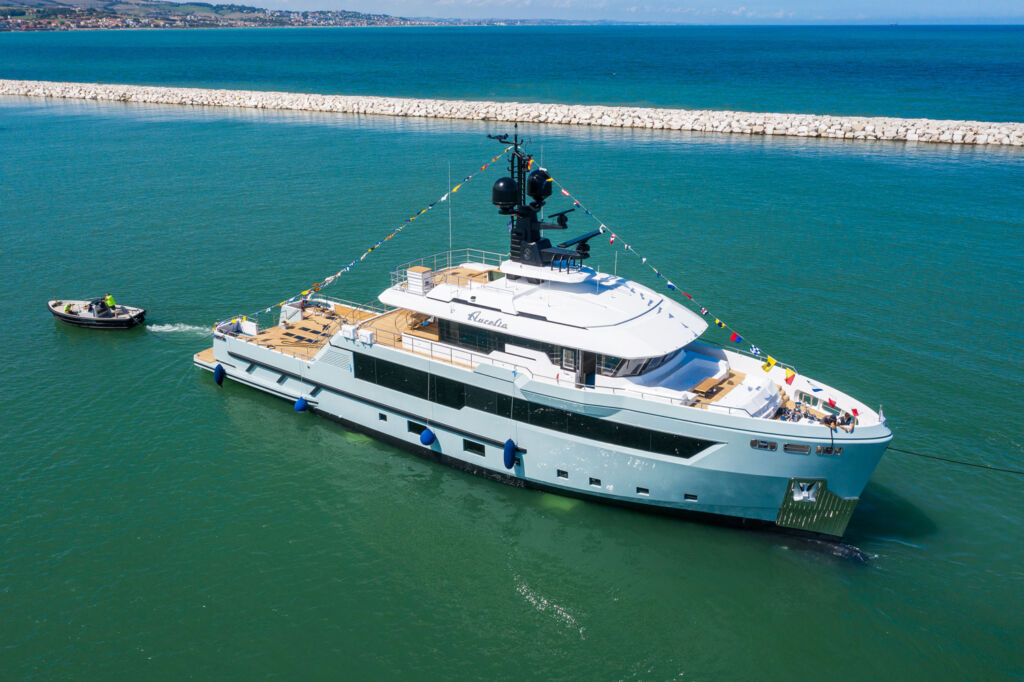 Cantiere Delle Marche’s Aurelia is far more than a rich person’s plaything; it is an elegant pure explorer capable of cruising the world’s oceans and is the first in a new generation of boats to be launched by the Italian boatbuilder.

In a world where looks override just about everything, it’s refreshing to find a boatbuilder that is not only catering for those with a taste for the finer things in life but are creating innovative boats that offer significant practicality and impressive globe-trotting capability.

Cantiere Delle Marche can lay claim to being the company responsible for bringing explorer vessels into the mainstream. When they first decided to build boats of this type, many shipyards were less than interested, and most private buyers were unfamiliar with the now obvious benefits. It’s now a rapidly-expanding sector that other leading boatbuilders are fast embracing. 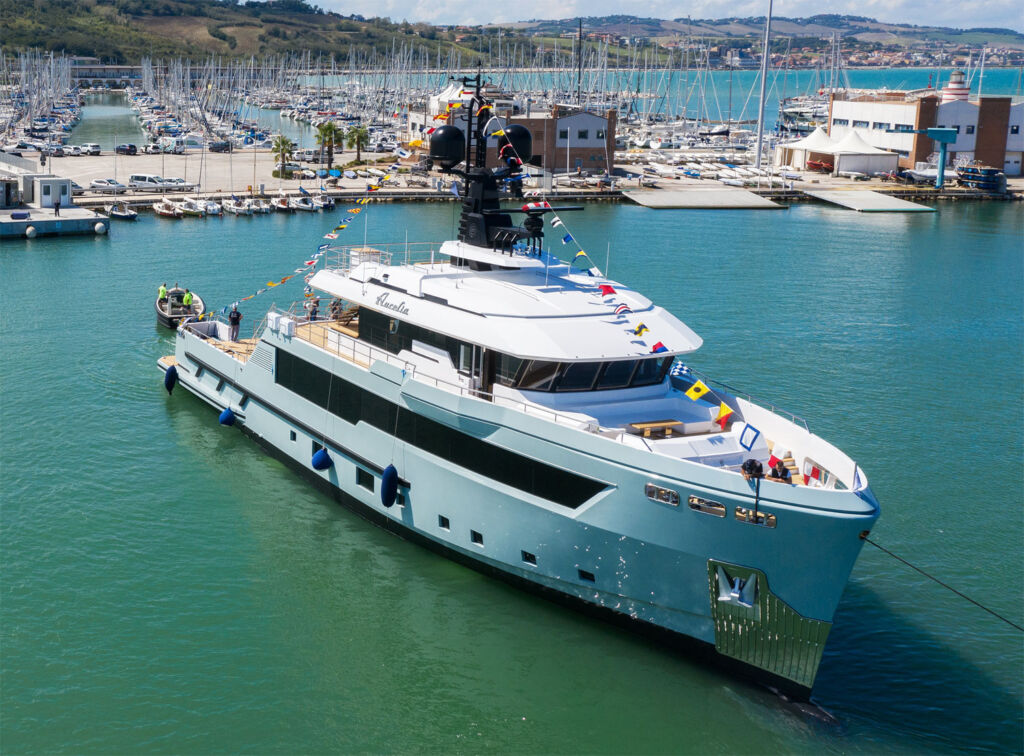 Sergio Cutolo/Hydro Tec designed her exterior while her interior came from the minds at Francesco Paszkowski Design. Aurelia has an almost vertical bow and a huge aft deck and is said to be suitable for all weather conditions. 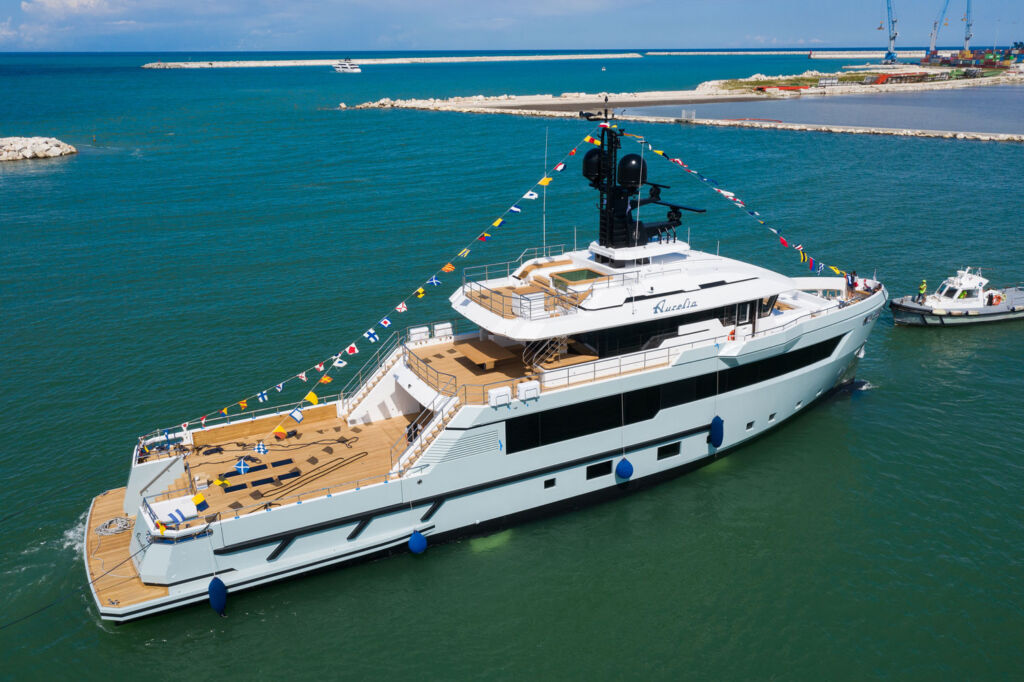 She is also capable of travelling 5,000 nautical miles at 10 knots. To put this into some perspective, you could travel from Torquay in England to Manaus in Brazil with fuel to spare.

Aurelia’s interior
Aurelia’s owner was quite specific when it came to her interior layout. He wanted a large owners apartment and two Vip suites, in addition to these she has four guest cabins and a further twin on the lower deck. This allows her to take nine guests in comfort alongside a crew of six.

In addition to the guest and crew accommodation, Aurelia’s owner requested a large and airy gym which is flooded with natural light thanks to six skylights. She also has an impressive wine cellar which spans the main and upper decks. When you hear of these two unique additions, the mind tends to wander, who could the owner be? 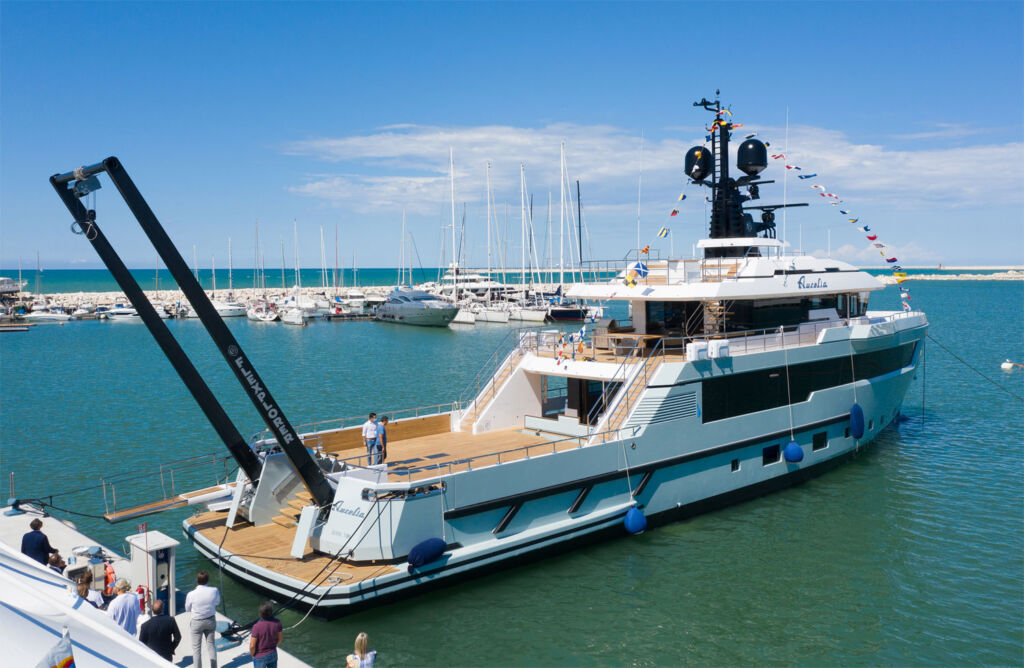 Aurelia’s other special features
As can be seen above in the photograph, Aurelia has an A-frame crane. This allows her to comfortably launch an 8.5m tender at her stern without interfering with her expansive deck space. 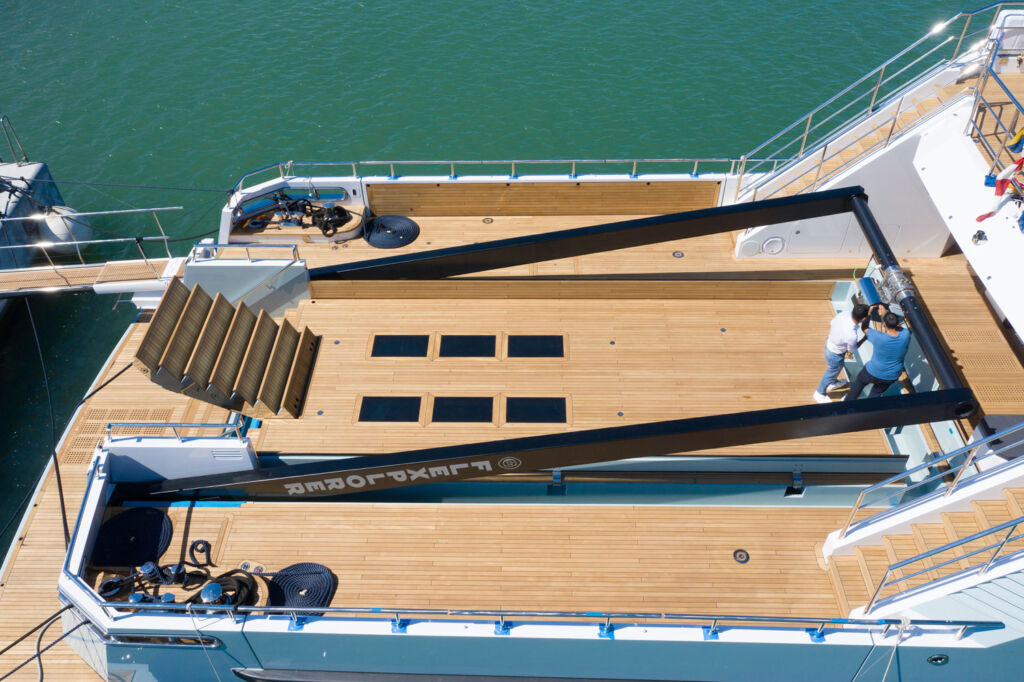 Another of her innovative features is her bulwarks which are collapsible on both sides. With these down, the deck grows to more than 115 sq mt, and there’s also plenty of space for toys.

The Italian boatbuilder is now concentrating on bespoke projects and their Flexplorer line. They are aiming further to push the boundaries of boat technology and design focusing on creating the best explorer vessels possible and the way they’re going; it’ll happen sooner rather than later. 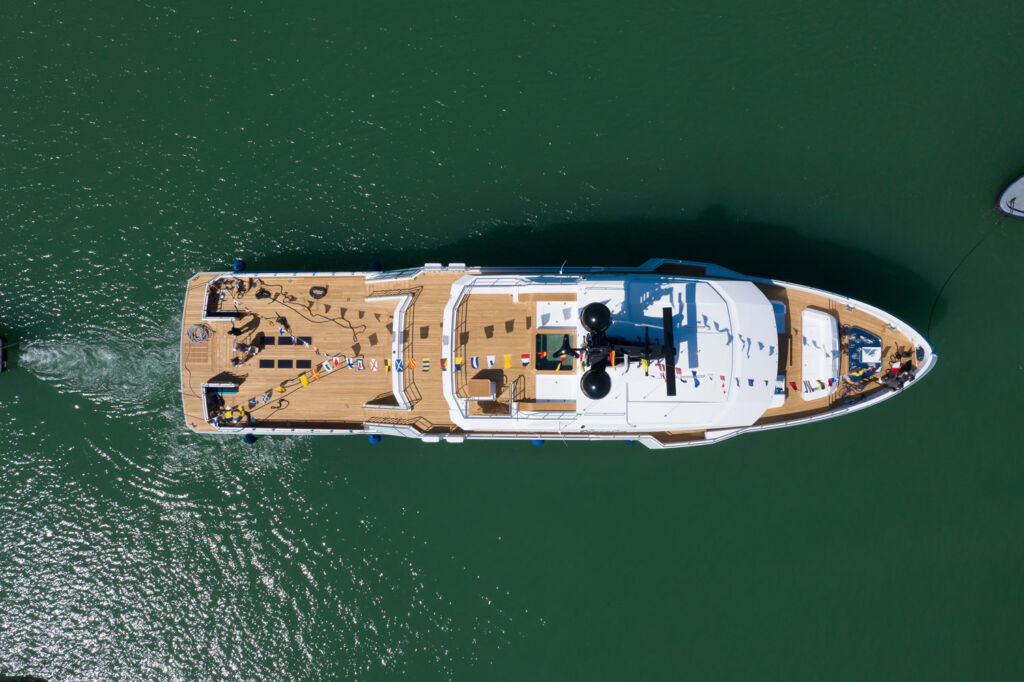 Cantiere Delle Marche’s Aurelia is a refreshing change to the soul-less superyachts seen in the world’s leading marina’s. It’s a boat that has understated style and let’s be honest if a natural disaster was to hit the planet, you’d be far better off on a boat like Aurelia!

For more information on Cantiere Delle Marche and their Flexplorer Line, visit www.cantieredellemarche.it. 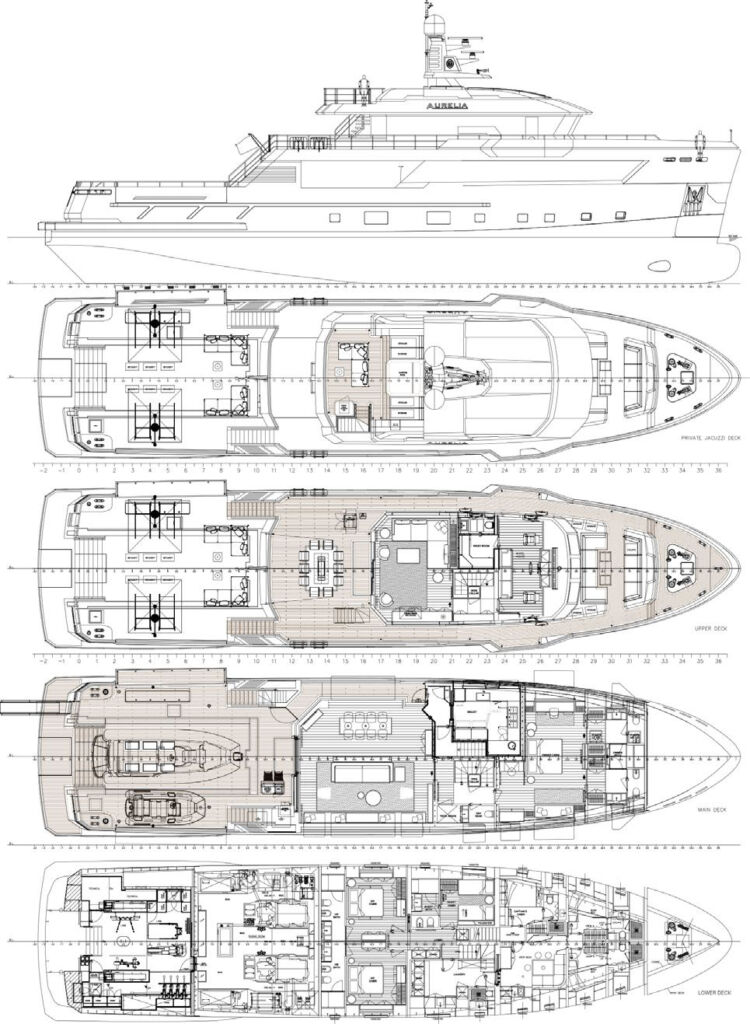