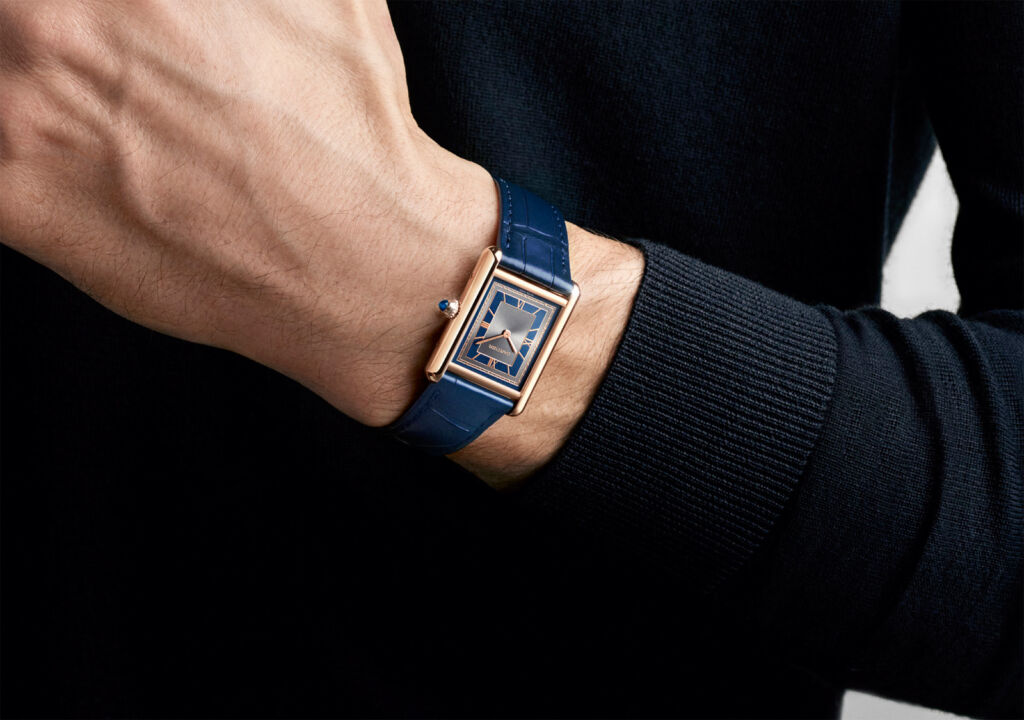 Whenever anything containing the name Cartier reaches our editorial desk, it stirs the interest of Ong Chin Huat, who has a long-held passion for watches and jewellery. For this feature, he takes a closer look at Cartier’s reinvented Tank watch – the new Tank Must.

Cartier first introduced their Tank watch to the world just over 100 years ago, 1917 to be precise, and it has remained a trailblazer in the horological world ever since. One of the main reasons for this was its rectangular shape, which was groundbreaking for its time as most watches were round. Inspired by the aerial view of a military tank, this elegant timepiece has since been seen on the slender wrists of many fashion icons, from Jackie Onassis to Princess Diana. 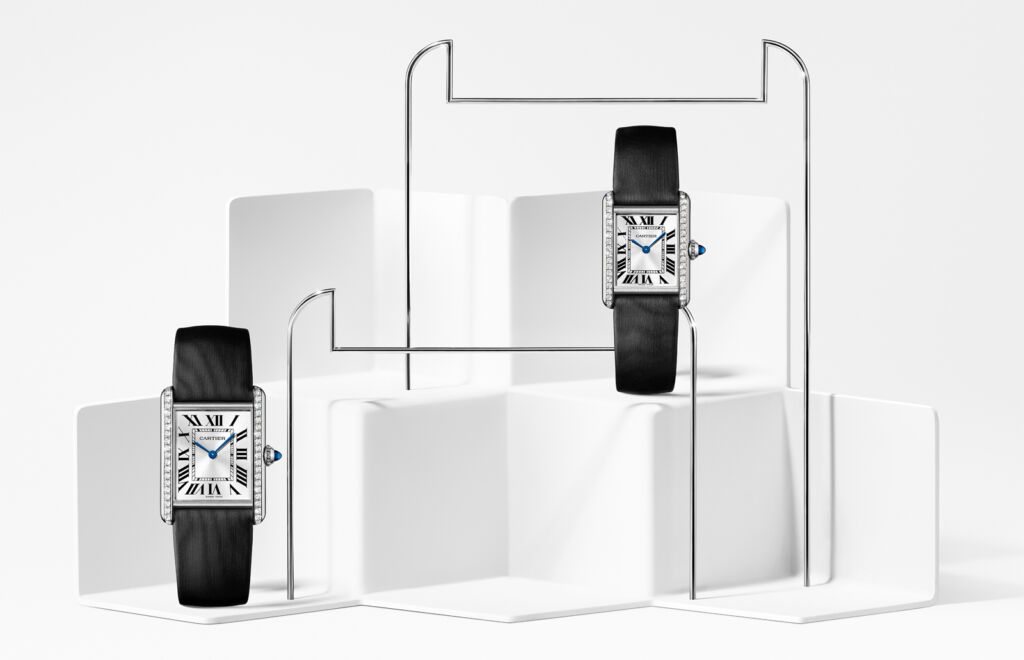 Fast forward to 2021 and the iconic Cartier Tank has been reworked and refreshed for a new generation of Cartier connoisseurs and watch lovers. Called the Tank Must – a combination of the names of two of Cartier’s iconic watch models, this reinvention is a watchmaking feat that has evolved over time and is a direct inspiration from the Tank Louis Cartier.

While staying true to the original, the rounded brancards and dial proportions have been tweaked to reflect modern aesthetics but with finesses and refinement as its mantra.

Great attention is paid to the minutest details, such as the pearled cabochon winding crown and the traditional Ardillon buckle on the leather strap.

Apart from the purity of the classic white dial version, the new Tank Must watch is also available in three monochromatic colours, which are embedded into Cartier’s DNA, namely red, blue and green. 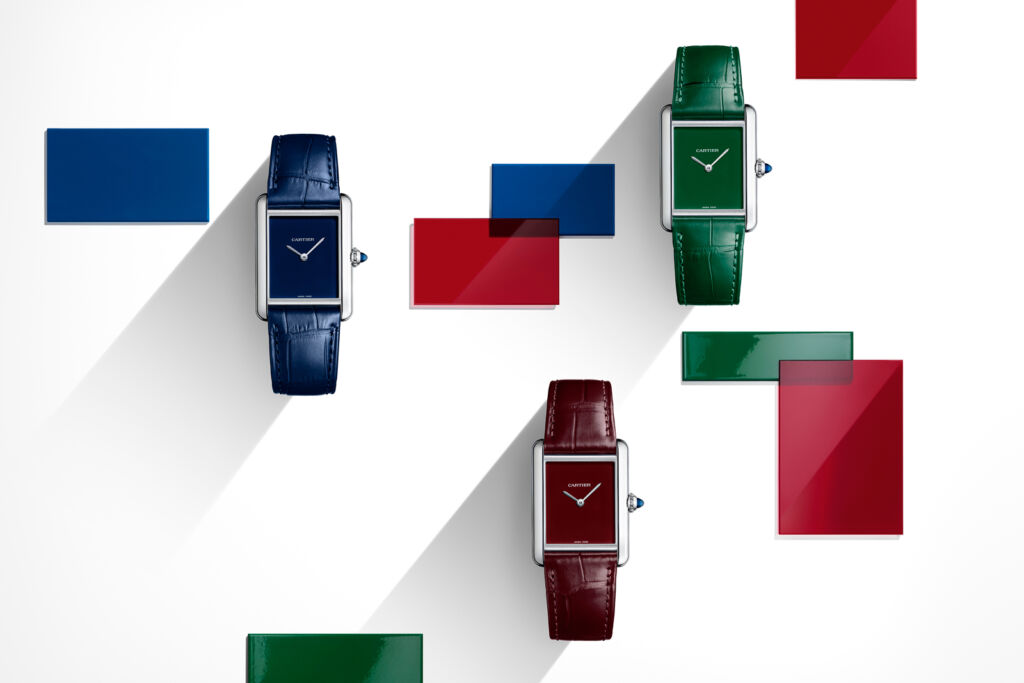 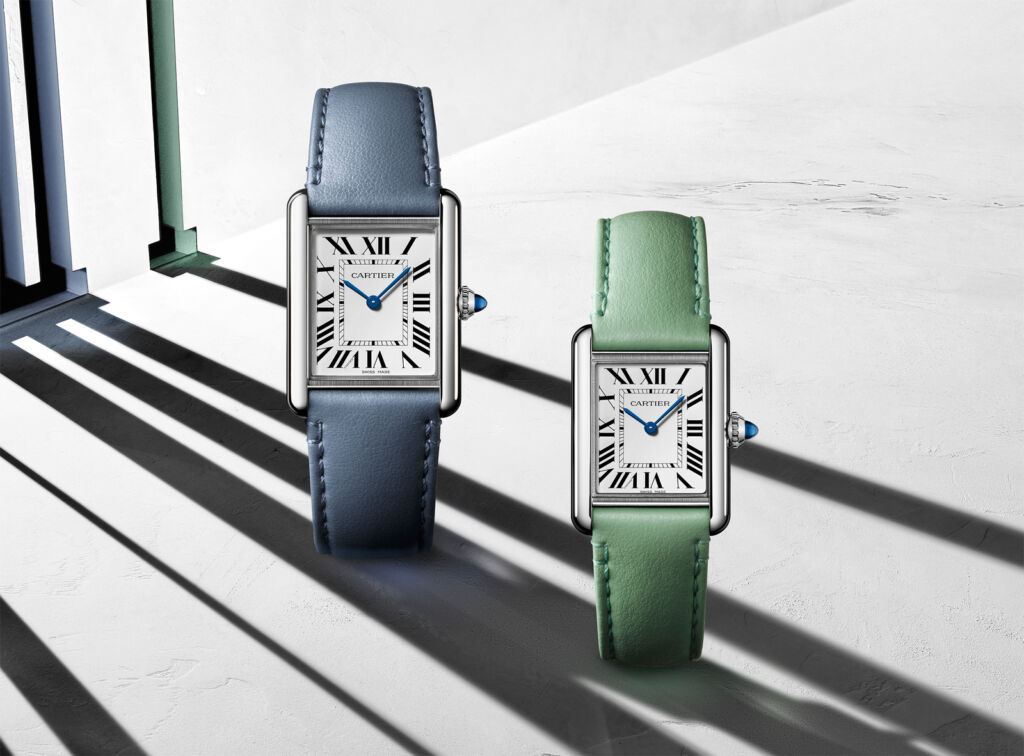 The invisible perforations of the Roman numerals permit solar energy to reach the photovoltaic cells hidden under the dial. Taking two years for the development team at Cartier to develop this SolarBeat movement, the photovoltaic cells have a lifespan of over 16 years, and the Tank Must is the first watch ever to incorporate this technology. 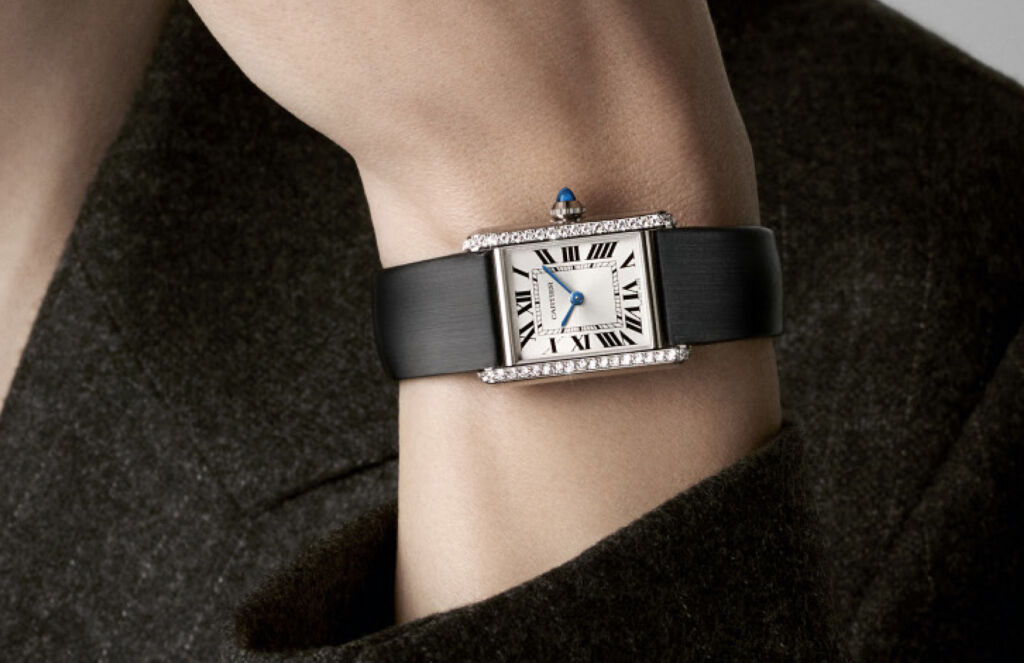 Another new invention that is incorporated into the Tank Must watch is the bracelet made from 40 per cent plant matter and produced from apples grown for the food industry in Switzerland, Germany and Italy.

This innovative material is a positive step in environmental protection. It reduces the carbon footprint by six times, saves up to 10 litres of water, and conserves up to seven megajoules of energy (approximately 80 smartphone charges) compared with the manufacturing process used in a calfskin strap.

Cartier has created this new material used for the Tank Must strap via a local and European approach. The apples are grown and their waste collected in Europe from the material production site in Italy, then to the strap maker in Portugal and finally to the watch assembly in Switzerland. 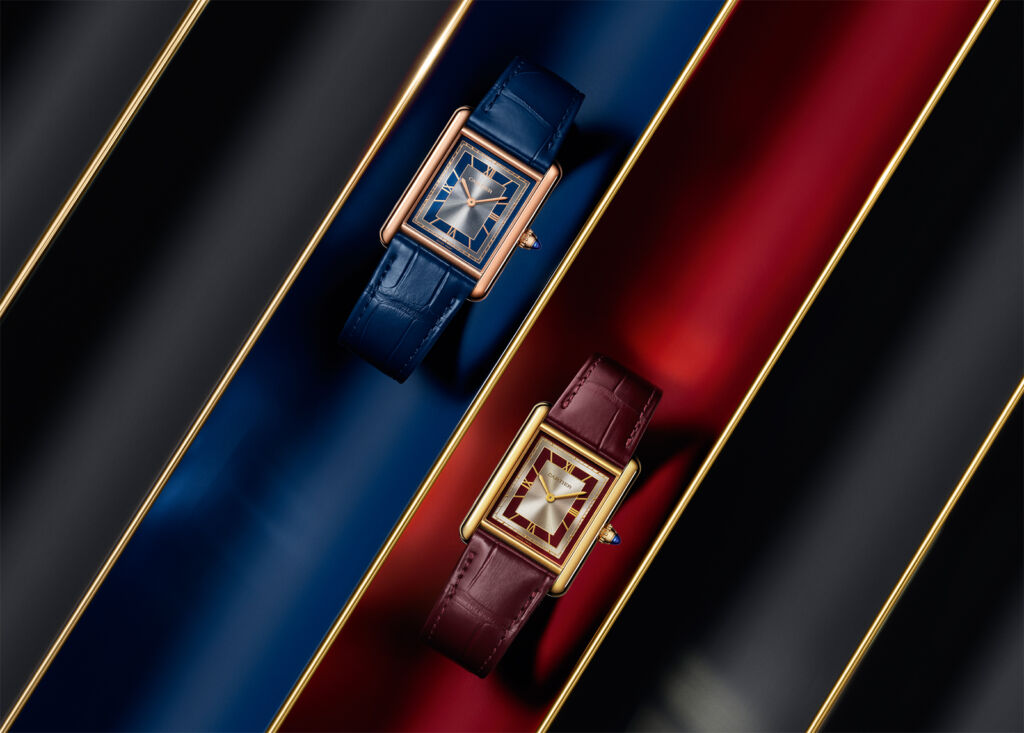 Available in pink gold for the blue version or yellow gold for the red version, both come in matching straps and is a Manufacture 1917 MC movement with manual winding.

And finally, as a final sweetener, Cartier will be offering a complimentary maintenance and repair service to any owner of the new Tank Must watch, regardless of the year it was created.