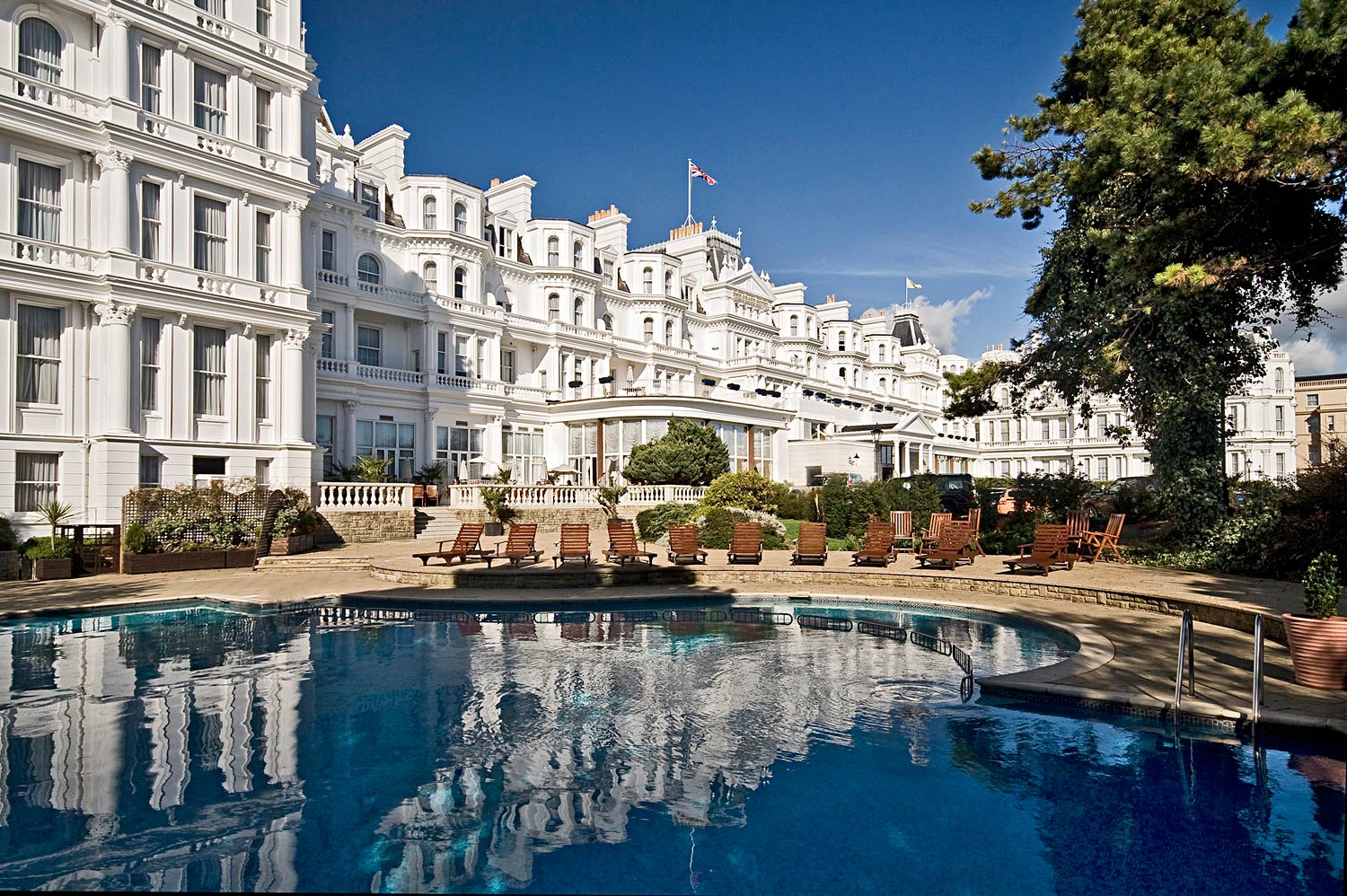 As Brits, we love our trips to the seaside regardless of the weather. But with winter in full swing, a trip along the British coastline is all the more fun with a touch of luxury. And that’s exactly what you can find at The Grand Hotel, Eastbourne’s only 5* hotel. 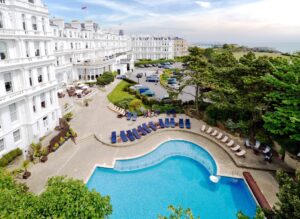 Over the years, it’s earned a reputation as ‘The White Palace’ and setting eyes on it for the very first time, it’s easy to see why. Dominating the shoreline with its grand stature, this magnificent 19th century hotel has welcomed a galaxy of the great and the good including Winston Churchill, Charlie Chaplin and King Constantine of Greece.

The Grand Hotel’s strong sense of history is apparent from the onset. The large gilded columns that line the hotel, the splendid chandeliers and high backed chairs circling the log fire all set the scene for arriving guests. It’s easy to will away many hours here whether you’re catching up with friends, reading a paper, or just getting lost in the beauty of your surroundings.

The Grand Hotel boasts 152 rooms, including 23 suites, 30 junior suites, most of which overlook Eastbourne’s sweeping promenade on one end or the rolling South Downs. 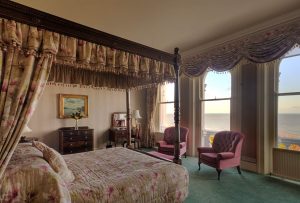 We were lucky enough to be placed in one of the junior suites which can rightly be described as the downstairs of a very spacious house. With a separate lounge, bathroom, bedroom and entrance hall, the suite really did feel like home. The period furniture dotted around the suite, gorgeous artwork adorning the walls and a lovely light modern bathroom complete with Molton Brown goodies, give the suite a sense of yesteryear charm but with all the mod cons expected from a 5* hotel.

As hard as it was to peel myself away from the luxury surroundings of my suite, I managed to get myself to the spa for a swim in the indoor pool. For those able to brave the cold weather, there is an outdoor pool too. And if you’re looking for a bit of pampering then a visit to the spa will do that nicely. The onsite spa has an extensive menu of beauty therapies, massages and signature treatments.

With such a grand hotel, one can expect food to be of the highest quality too and the Mirabelle Restaurant has earned itself a reputation of being one of the finest places to dine in Eastbourne. 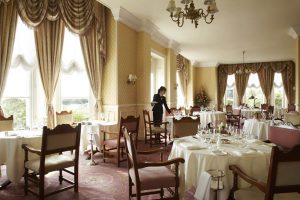 It has garnered numerous awards and accolades since throwing open its doors 12 years ago. Inspired dishes such as seared scallops with smoked salmon and avocado ice-cream are created by Keith Mitchell and his head chef Gerald Roser. The accent is placed firmly on serving modern European cuisine in a stylish and elegant setting. I was particularly with the mushroom soup which was a little surprise from the chef between courses. Not normally a mushroom soup fan, the chef had won me over.

The Grand Hotel is famous for its long association with music. The hotel’s Orchestra broadcasted live on BBC from the Great Hall every Sunday night from 1924 to 1939 on the programme ‘Grand Hotel’. The Grand Hotel terrace and lounges have been a centre for social activity since the hotel was built in 1875 ,and even to this day, the terrace came to life with a live band during our stay. Couples – old and young – and indeed friends couldn’t help but join in for a bit of ball room dancing. There really is nothing like music to get people together, and within a setting like The Grand Hotel, you’ll feel like you’re swaying around in a ballroom in the early 20th century.

For more information on The Grand Hotel Eastbourne, visit www.grandeastbourne.com

See more of The Grand Hotel Eastbourne below:

2021 Guide to Pembrokeshire – Places to Visit and Things to Experience