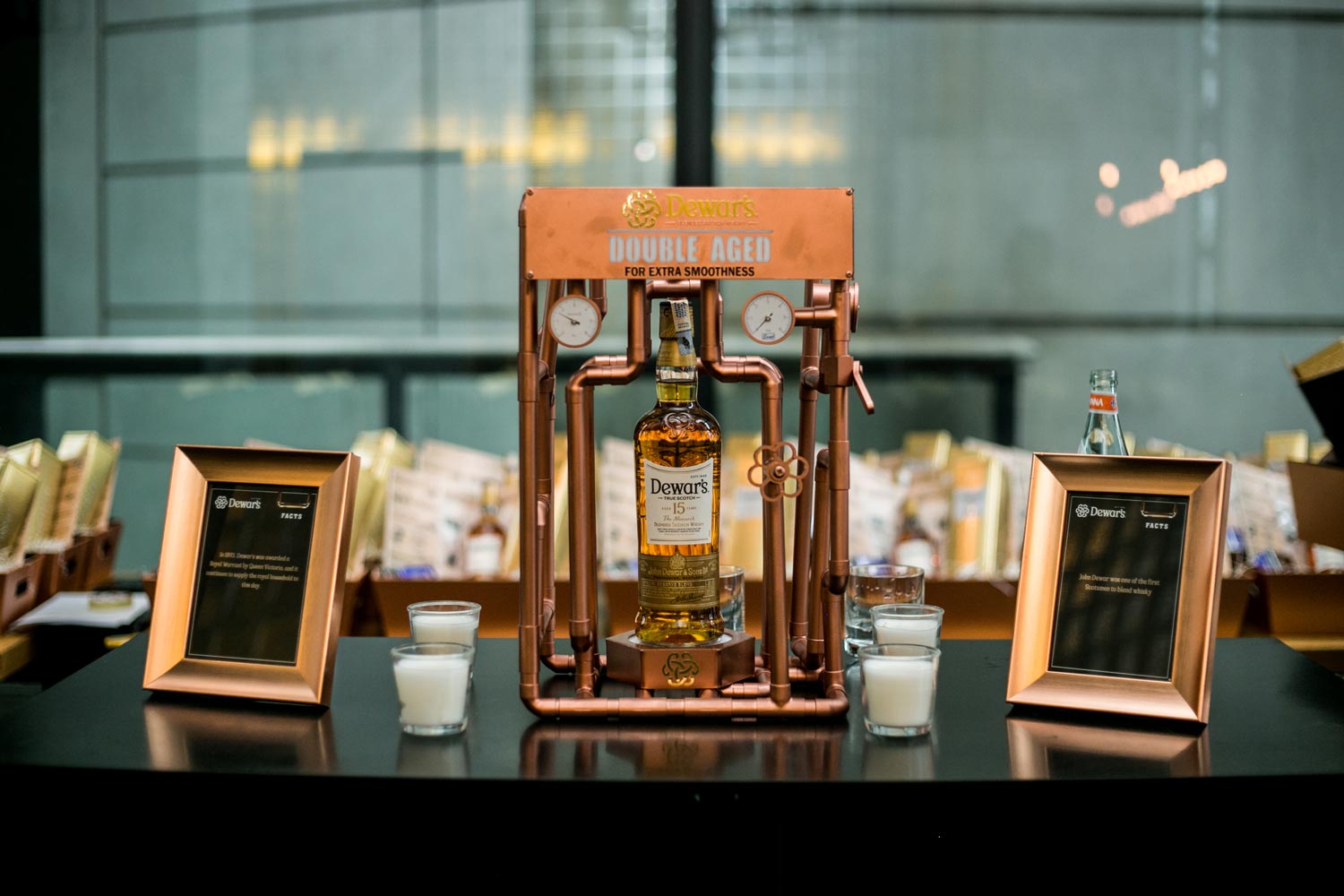 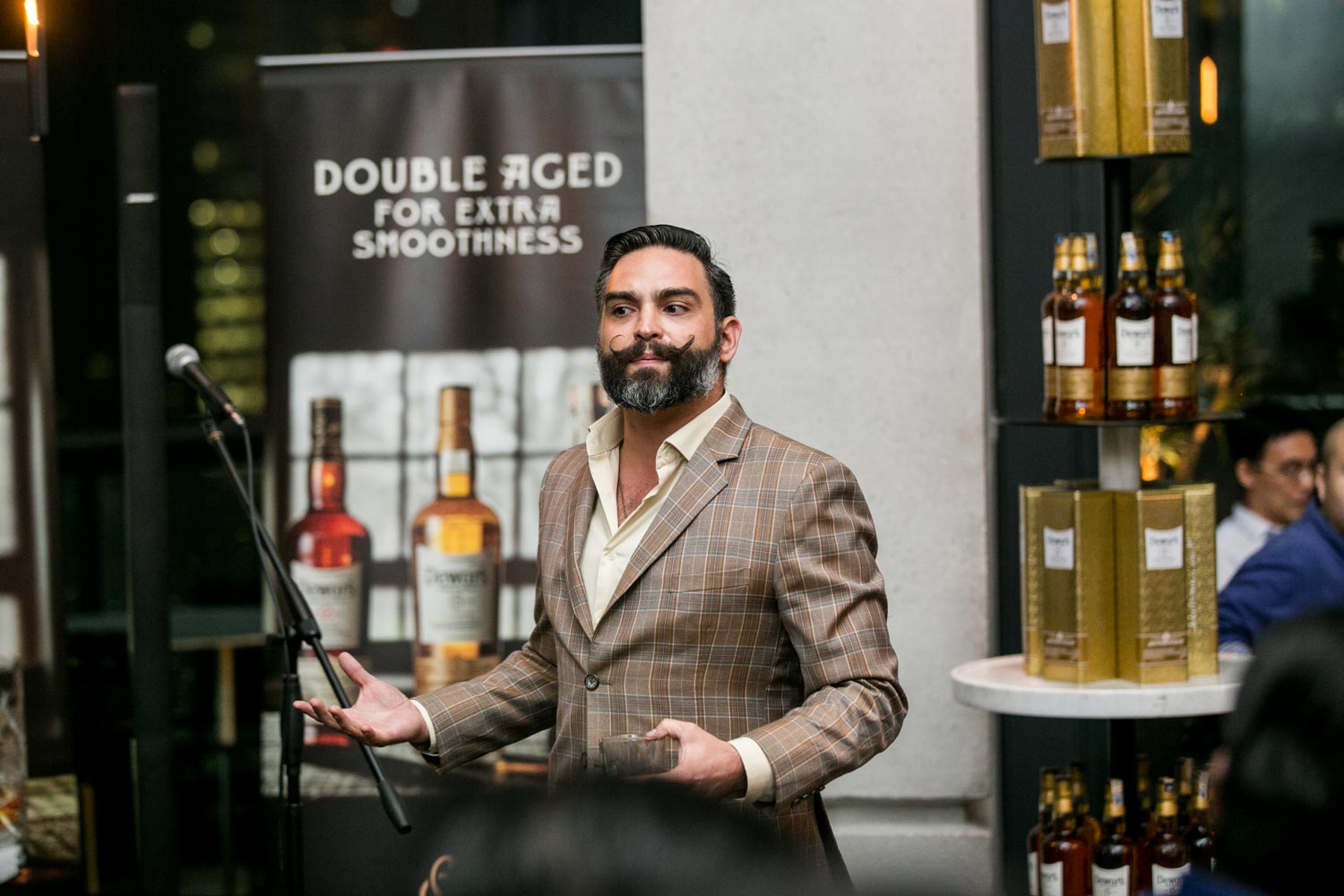 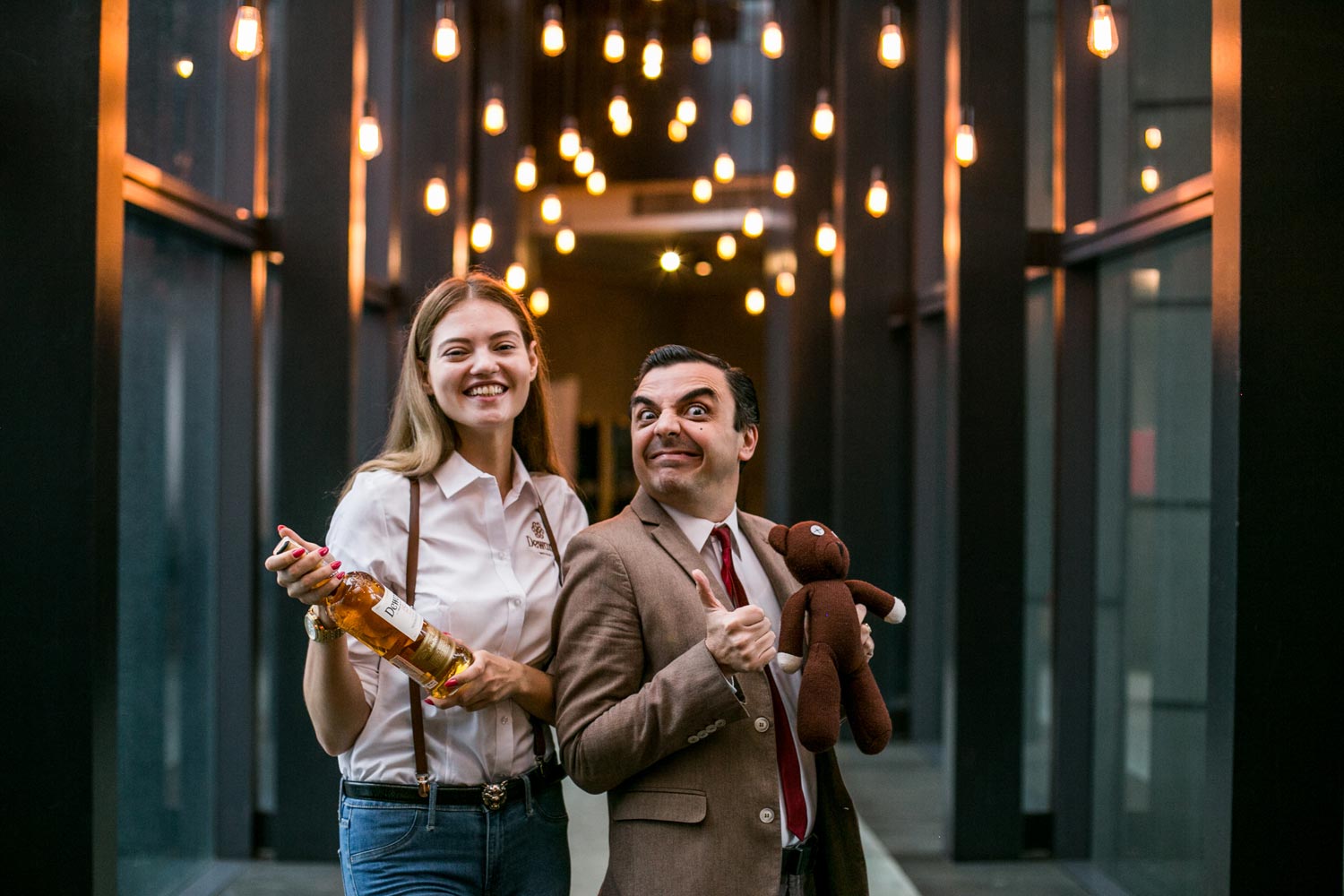 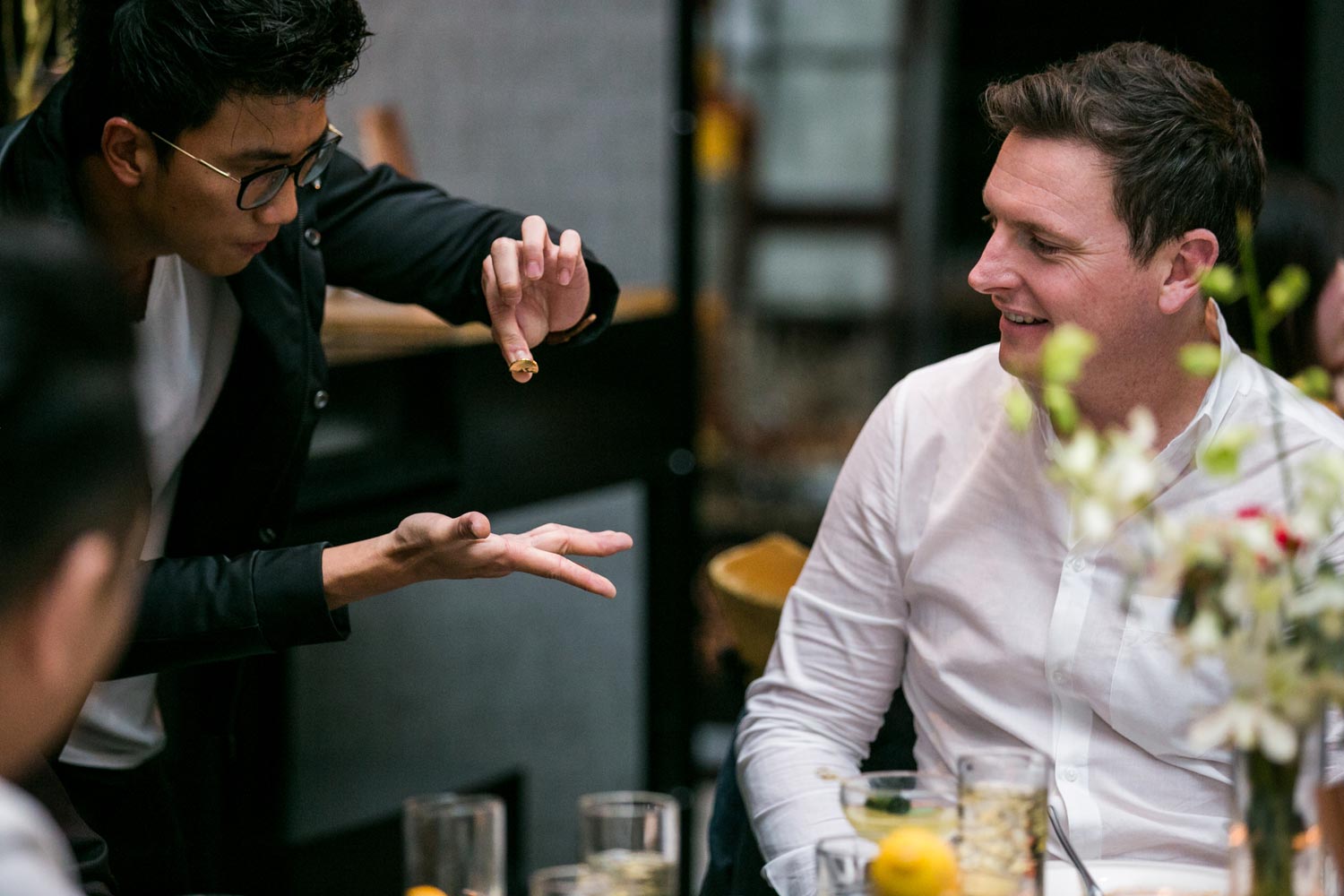 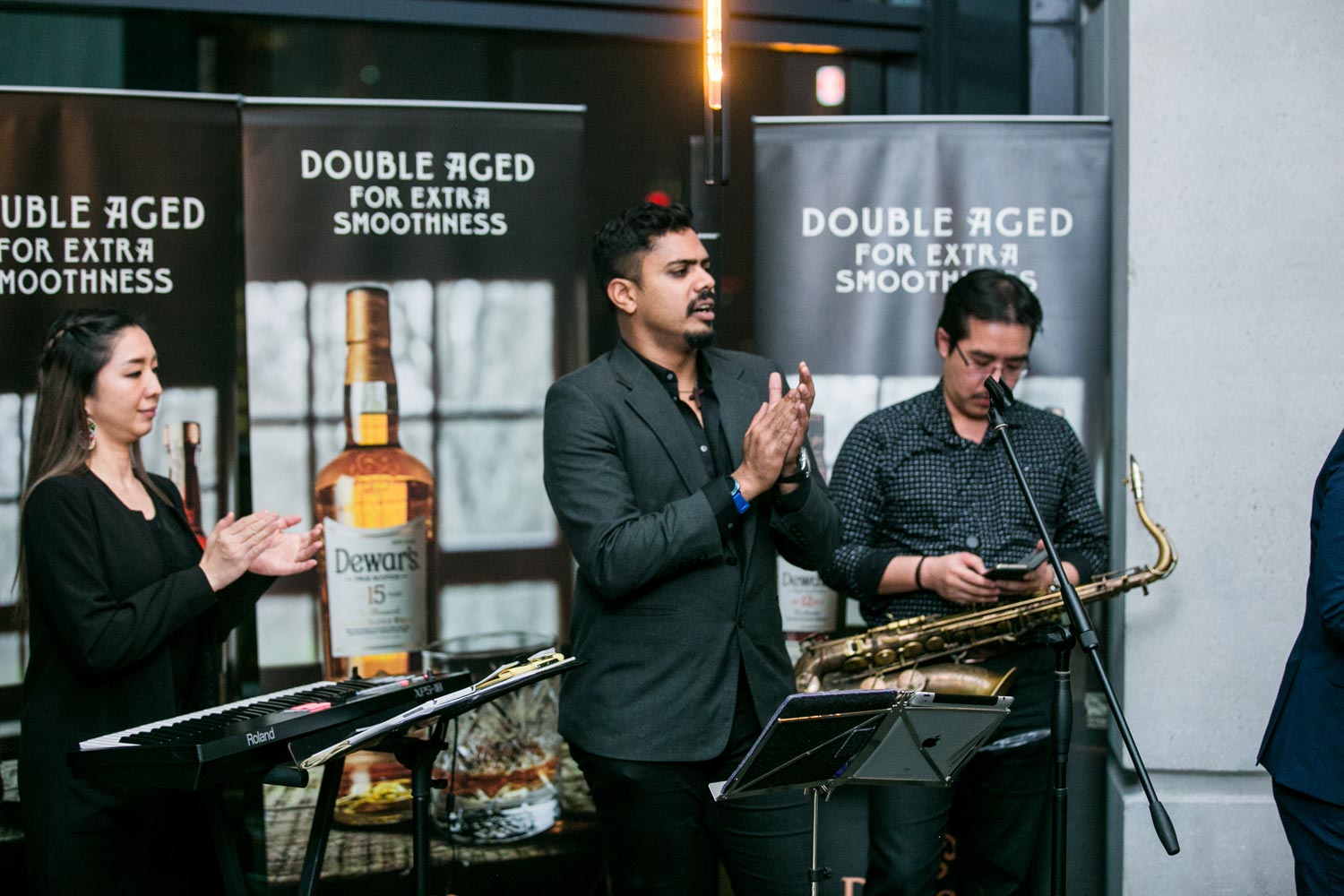 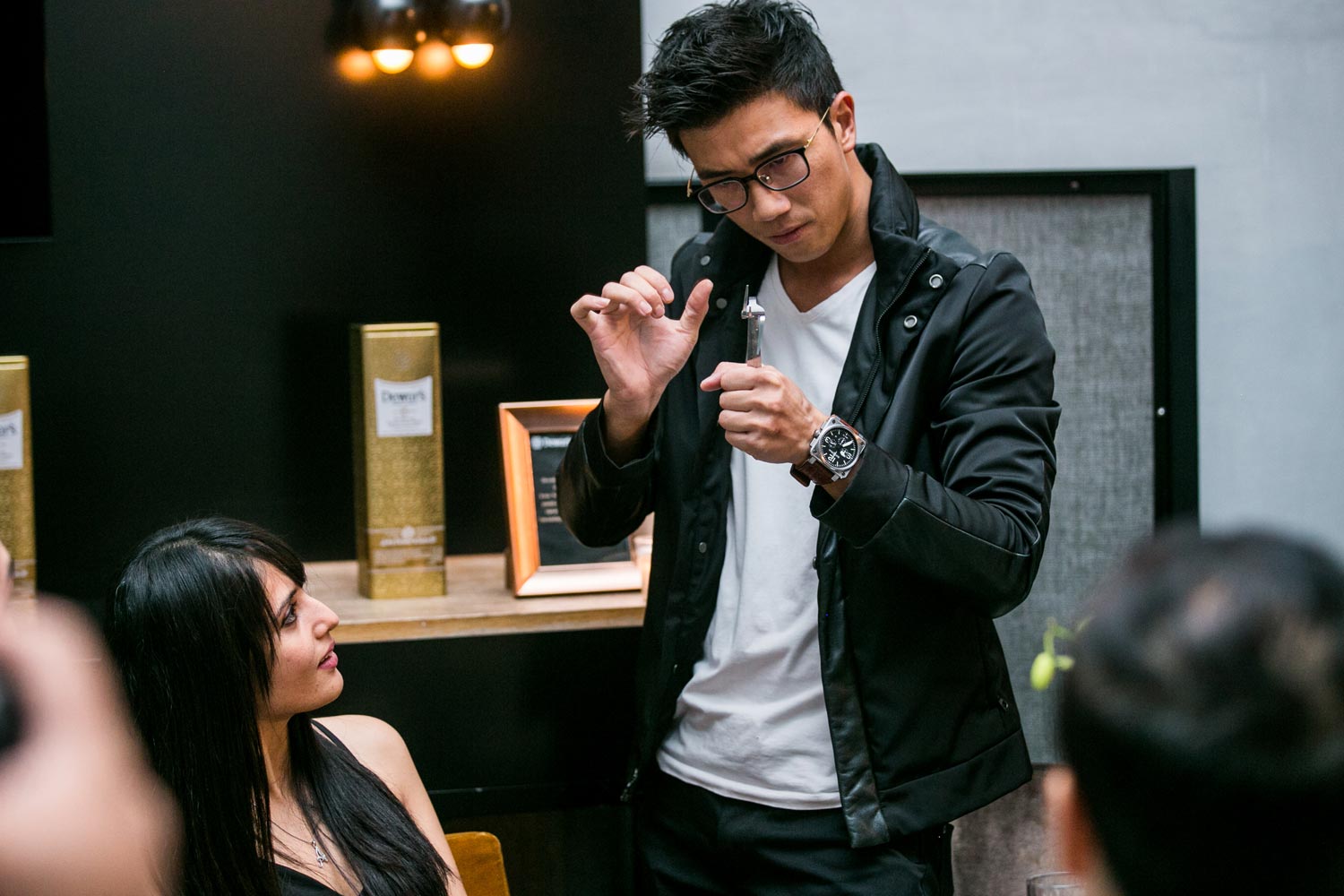 Ong Chin Huat gets treated to a one-of-a-kind affair, the ‘Whisky Academy’ in Kuala Lumpur and savours Dewar’s fine cocktails as well as a delicious whisky-pairing menu at Cantaloupe in Troika Sky Dining.

The lucky guests were treated to an evening of entertainment and delicious food specially created by the culinary team of Cantaloupe located in the heart of the Malaysian capital. 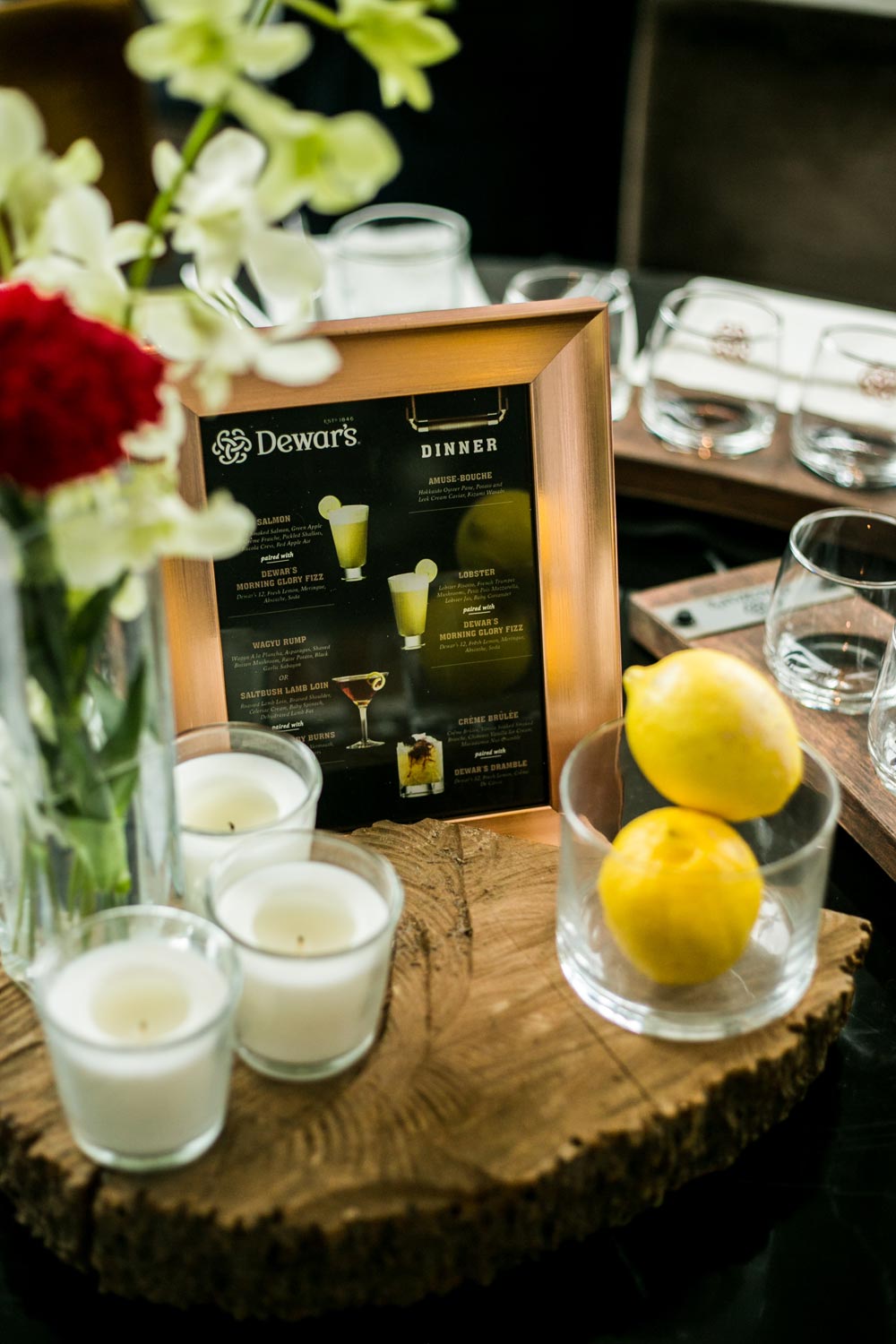 Before dinner, delicious canapes such as Foie Gras Haché and Traffalas Patatas Bravas and cocktails like Dewar’s Highball and Dewar’s Dramble were served to around 45 guests who were entertained by the soothing tones of singer Gregory Ramanado as well as a Mr Bean impersonator whose antics brought rapturous laughter to all. Brand Ambassador Ricky Paiva flew in from Singapore and was on hand to double duty as a mixologist as well as explain the virtues of Dewar’s Blended Scotch Whisky 15.

When it was time for dinner, the guests were ushered into Cantaloupe restaurant with commanding views of the Kuala Lumpur skyline. Comprising a six-course menu, each course was accompanied by a Dewar’s cocktail specially chosen to match and complement the specific ingredients of the dish – the Confit of Smoked Salmon with green apple puree, crème fraiche pickled shallot, Rucola cress and red apple air was paired with Dewar’s Morning Glory Fizz which is essentially Dewar’s 12 with fresh lemon, meringue, absinthe and soda while the Wagyu Rump with asparagus, button mushrooms, ratte potatoes and black garlic Sabayon was accompanied by Dewar’s Bobby Burns, a concoction made from Dewar’s 15, Martini Rosso Vermouth, DOM Benedictine and bitters.

The highlight of the dinner was Dewar’s Scotch Egg, a celebration pf of Tommy Dewar two passions in life – whisky and chickens.

“The evening is a celebration of heritage,” said Siddharth Wazirchand, the Commercial Director of Bacardi-Martini Asia-Pacific during his speech held in the middle of the dinner.

“John Dewar was one of the first Scotsman to blend whisky and the first to blend it right. this Whisky Academy will allow guests to discover how the brand perfected the art of blending and better appreciate its flavours.”

Magician and mentalist Zlwin Chew also thrilled the guests with his magic tricks, among them a demonstration of his telekinesis ability by bending metal objects such as forks and coins. He also managed to transform 20 Thai Baht to a 100 Ringgit note!

Bacardi-Martini Asia Pacific Head of Consumer Marketing SEA Jeremy Briscoe closed the evening by saying the brand encourages consumers to pursue their dreams as John Dewar and sons did. “We hope that through this Whisky Academy and the picturesque display of the rich heritage and history we will inspire our consumers to do the same.” 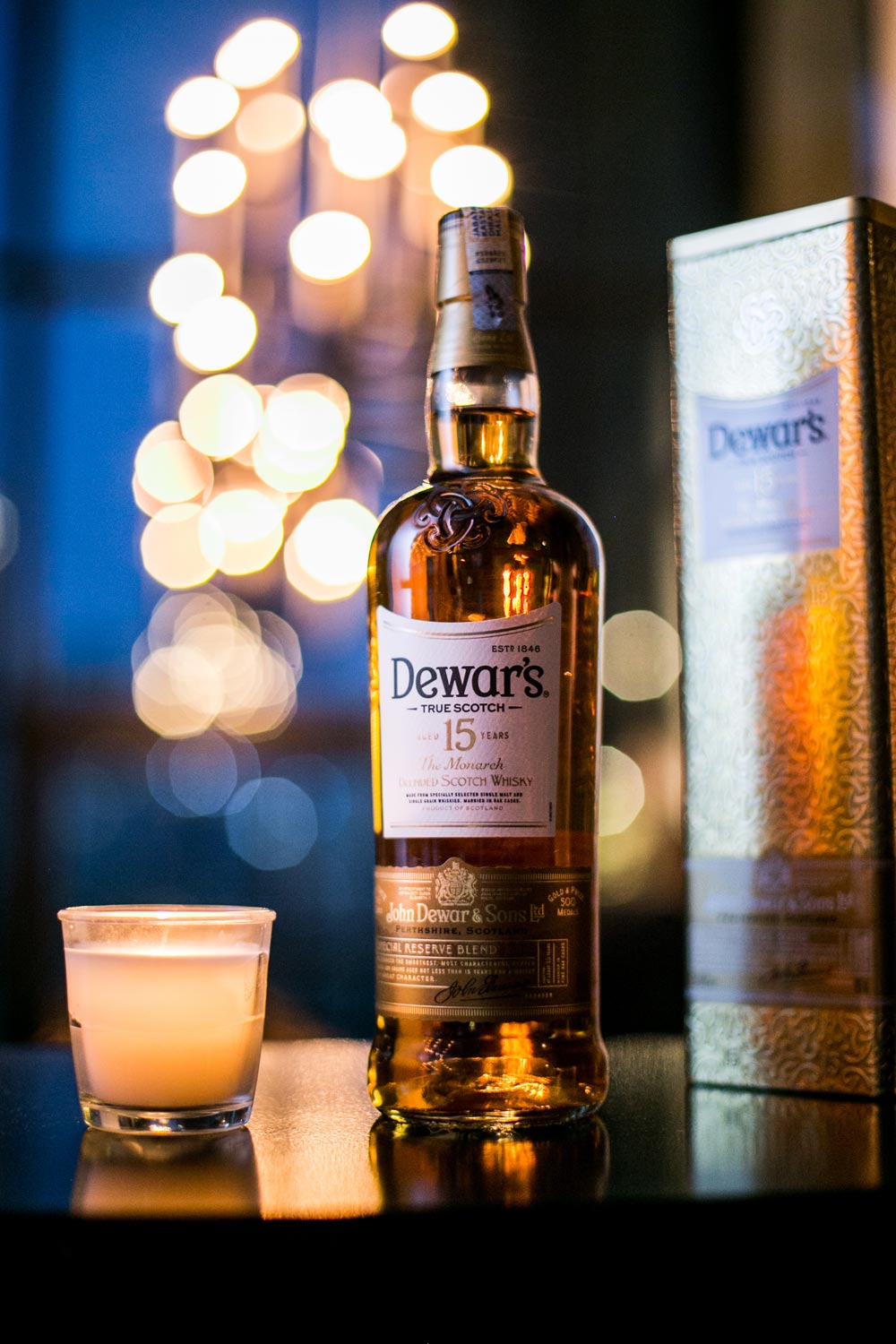 Founded by John Dewar in 1846, John Dewar & Sons Ltd has grown from a small wine and spirits merchant shop in Perth, Scotland to become a global brand. Having built a reputation for excellent taste and quality that has been reinforced over time, the brand has been awarded over 500 awards, with each bottle of Dewar’s Blended Scotch Whisky undergoing the process of double ageing.

Dewar’s Blended Scotch Whisky 15 is a blend of very rare vintage single malt and single grain Scotch whiskies which is married in oak casks for a light and velvety finish. With tasting notes of honey and golden toffee along with rich succulent exotic fruits and hints of coconut and vanilla resulting in a smooth and warming finish, Dewar’s Scotch Whisky 15 is an easy sipping whisky enjoyed either neat or over ice or water.