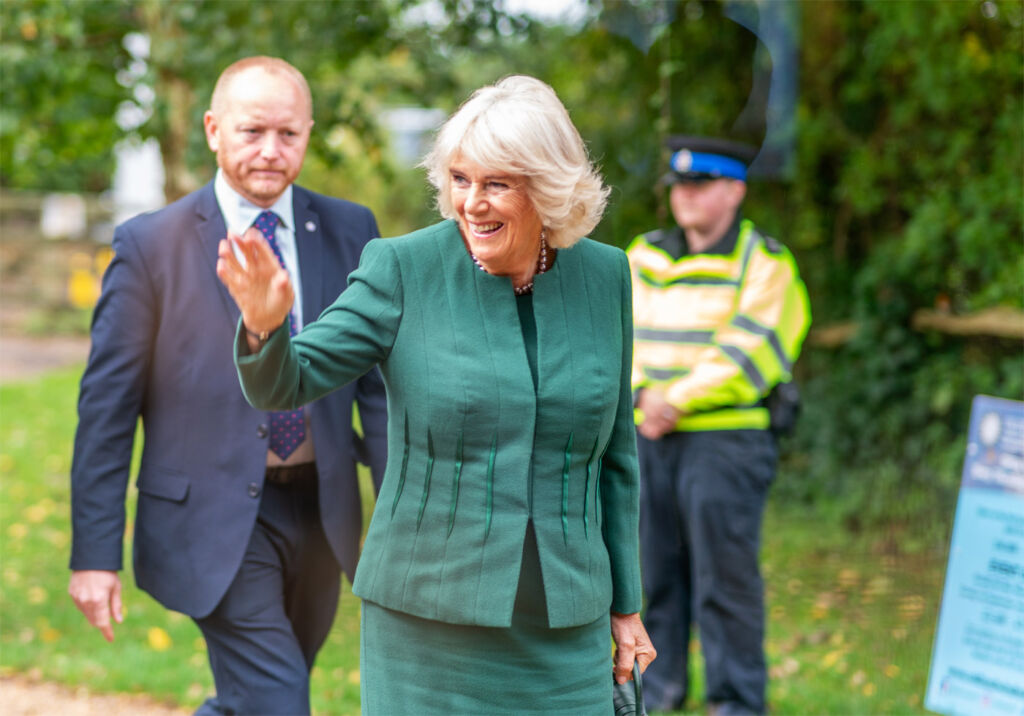 Today, Ditchling welcomed royalty, as The Duchess of Cornwall visited the village where she attended school. The Duchess has been the museum’s President since 2006 and today made her second visit since it’s 2014 redevelopment.

Her Royal Highness was given a tour of the museum, which tells the story of the artists and craftspeople who made Ditchling a creative hub in the 20th century, including the likes of Eric Gill, Hilary Pepler and Ethel Mairet. 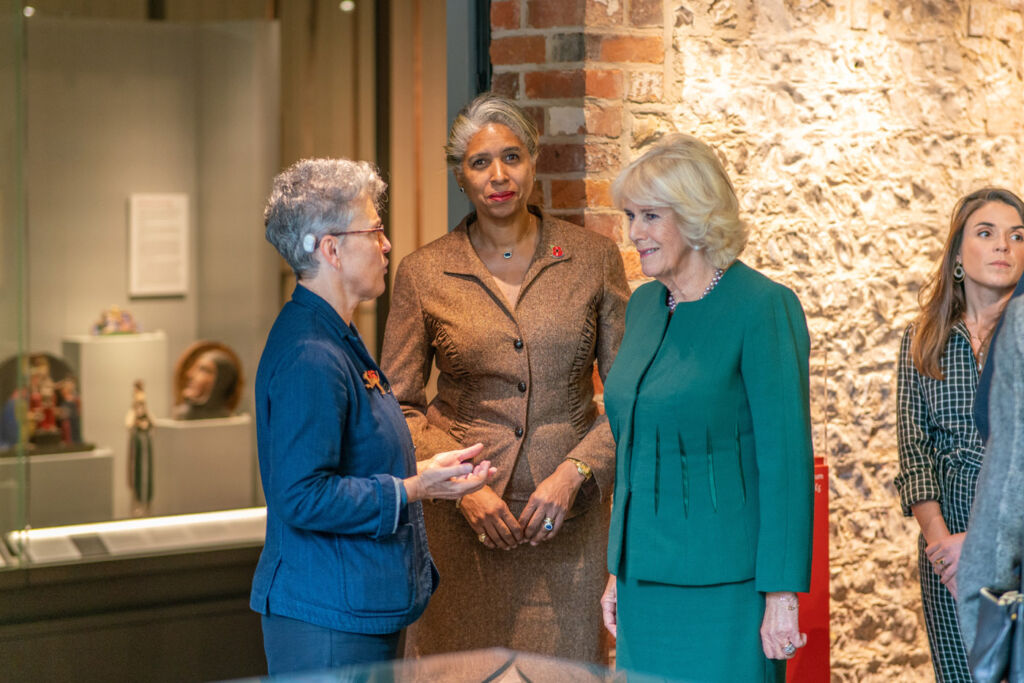 The museum welcomed The Duchess during the installation of two new exhibitions, Disruption, Devotion + Distributism and Kitching in Ditchling: The London Series, before they open to the public this Saturday 19 October.

On her arrival, Her Royal Highness met with Jenny KilBride, a former member of the Guild of St Joseph and St Dominic. The Guild was a Roman Catholic community of artists and craftspeople founded in 1920 in Ditchling, the legacy of which sits at the heart of Ditchling Museum of Art + Craft’s collections.

Mrs KilBride was the first and only woman accepted into the Guild, of which her father, Valentine KilBride was also a member. Both were recognised for their exquisite weaving and natural dying. As a child, the Duchess attended nearby Dumbrells School with Jenny KilBride. 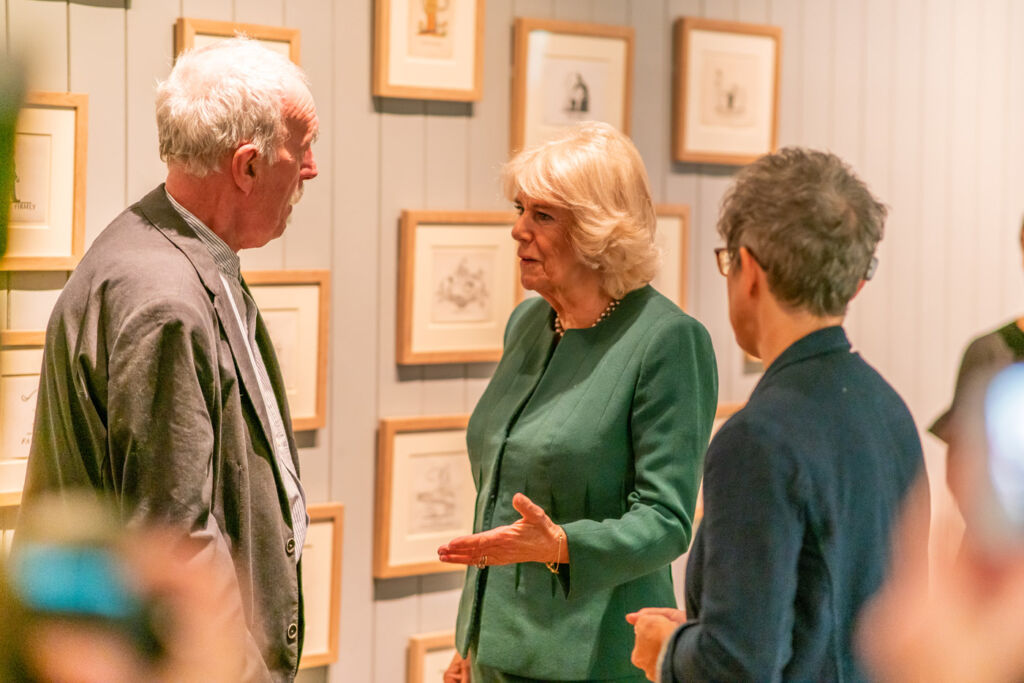 Her Royal Highness then met the museum’s Director and CEO Stephanie Fuller, before being introduced to artists Alan Kitching and Kelvin Smith. The letterpress artists were installing their exhibition Kitching in Ditchling: The London Series in the museum’s William + Margaret Gallery, and HRH had the chance to see their ‘A to Z of London’, a series of 26 prints which captures Kitching’s favourite haunts in the capital.

HRH then viewed Disruption, Devotion + Distributism in the Main Gallery, which explores the values of the Guild of St Joseph and St Dominic and includes never before seen drawings by Eric Gill. During the tour, Her Royal Highness met the Curator, Donna Steele and the museum’s Board of Directors.

Following the exhibition tour, HRH met children from Ditchling (St Margaret’s) CE Primary School who were sketching items from the museum’s collection. HRH then met some of the Museum’s 40 volunteers in the shop + café and commented that the shop was lovely. 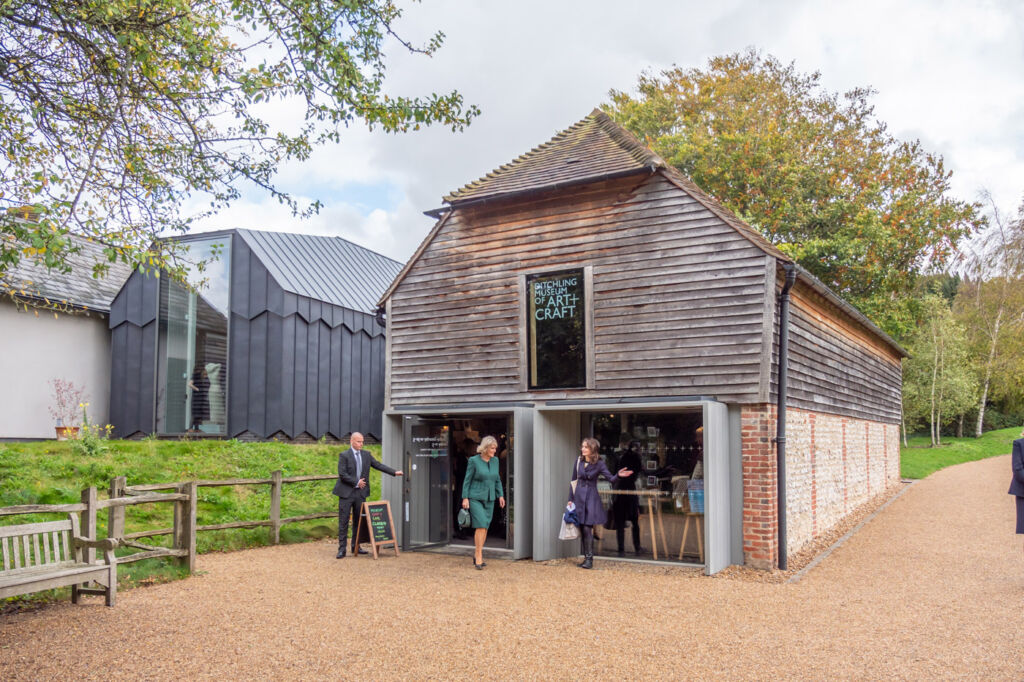 Before her departure, she was gifted a selection of dye plant seeds from the Museum garden and a scarf woven in Ditchling using naturally dyed yarns, presented by Chair of Trustees Professor Carol Watts.