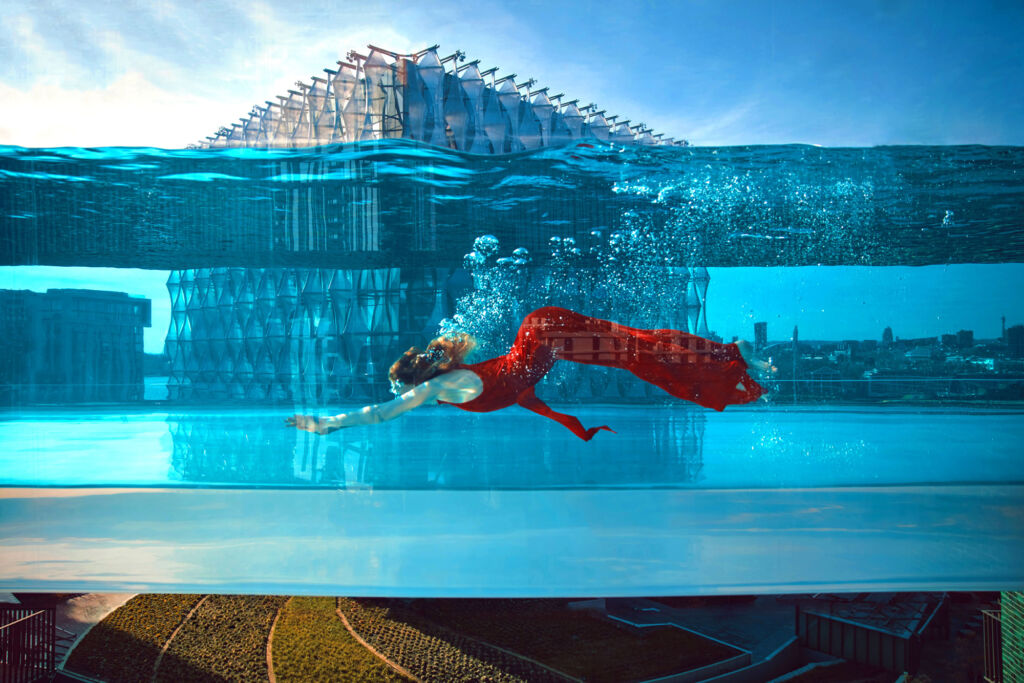 The way we live and work has changed dramatically over the years – not least because of the global pandemic. Co-living with communal spaces and amenities has been on the rise as a result. And EcoWorld Ballymore, the masterminds behind the Embassy Gardens development, say they continue to see a growing interest in this lifestyle.

The urge to leave London sparked by the nationwide lockdown for two years took most by surprise. Some seemed like ‘die-hard’ city devotees who would never have dreamt of taking such a drastic step. And while thousands continue to swap city life in exchange for a more rural one, the pace at which people are leaving the capital is declining. And the developers behind Embassy Gardens say the interest from people wanting to live there is showing no signs of waning as they continue phases two and three of their home-living project. 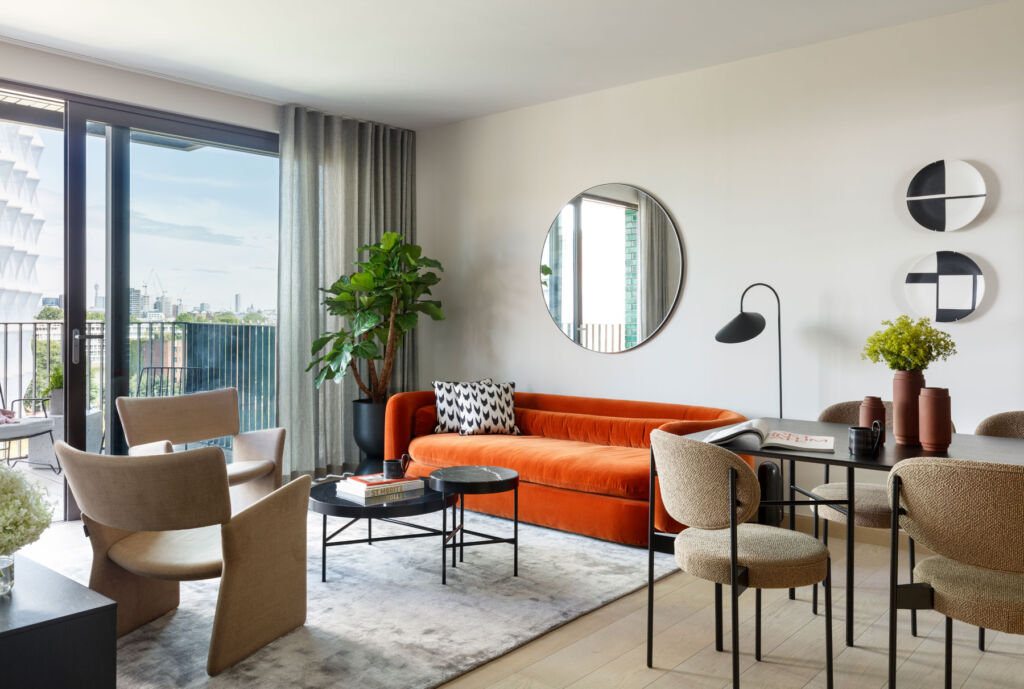 With Phase 1 completed and occupied, Phase 2 and Phase 3 are gathering momentum. The latter is the development’s flagship commercial building, home to Penguin Random House UK, DK Publishing, Riverside (formerly known as EG:HQ), and a 15-storey office building. With a 10-minute walk from Vauxhall and connectivity improved with the recent extension of the Northern Line, Embassy Gardens is an attractive development which has established a new community within central London, wrapped around the new US Embassy.

The Sky Pool
As well as the location, living and working in the area at Nine Elms has another well-deserving crowning feature – it is home to the world-first Sky Pool, which was the vision of Sean Mulryan, working closely to bring it to reality with HAL Architects. It not only created commotion when it opened in 2021 but continues to do so today.

I was also mesmerised when I went along for a visit and, alongside numerous other people beneath it, kept cranking my neck up to marvel at it. The 35-metre-high transparent swimming pool suspended between two buildings most definitely gives people a swim as they’ve never had before. The 82-foot-long heated pool could easily belong to a five-star hotel.

Filled with 148,000 litres of water, the Sky Pool spans 15 metres between two residential apartment buildings. It is constructed out of thick acrylic, taking inspiration from some of the world’s most impressive aquaria, and it wasn’t an easy feat. Residents need to book time slots to use the pool via an app, like many of the other amenities available at Embassy Gardens. 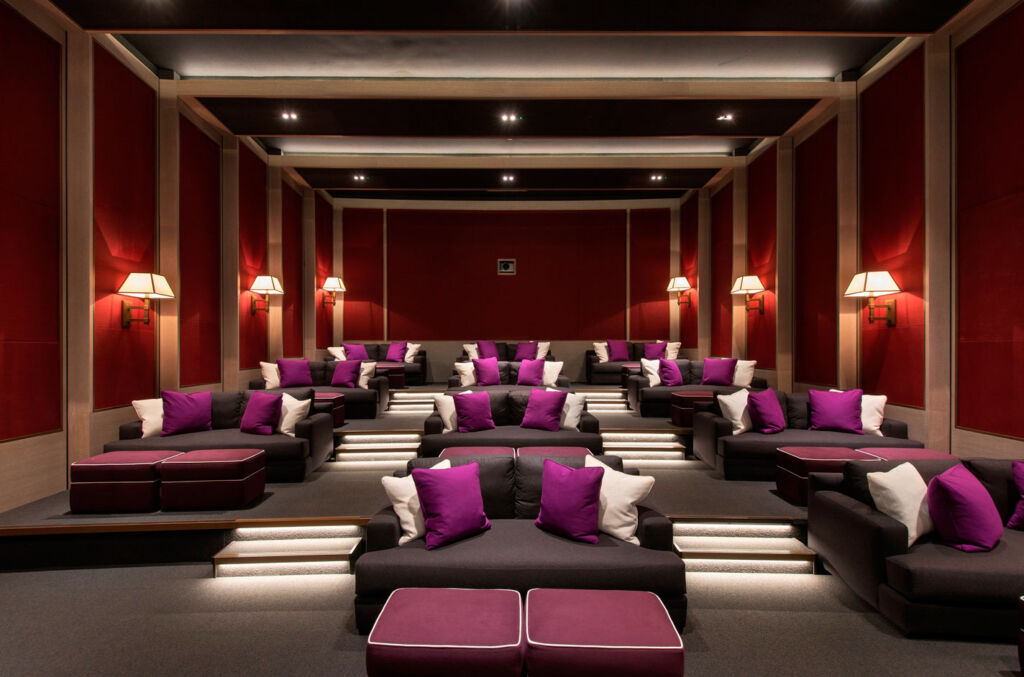 Residents receive Eg:le (correct) membership, giving them and their guests access to a curated menu of services, including access to a 24-hr concierge service, club lounge, two workspace suites, a private cinema, an indoor pool, spa, sauna/steam rooms and one of London’s top health and fitness club offerings. The latter is a gym lover’s dream, with separate dedicated spaces for weights, a cardio room and a yoga studio. 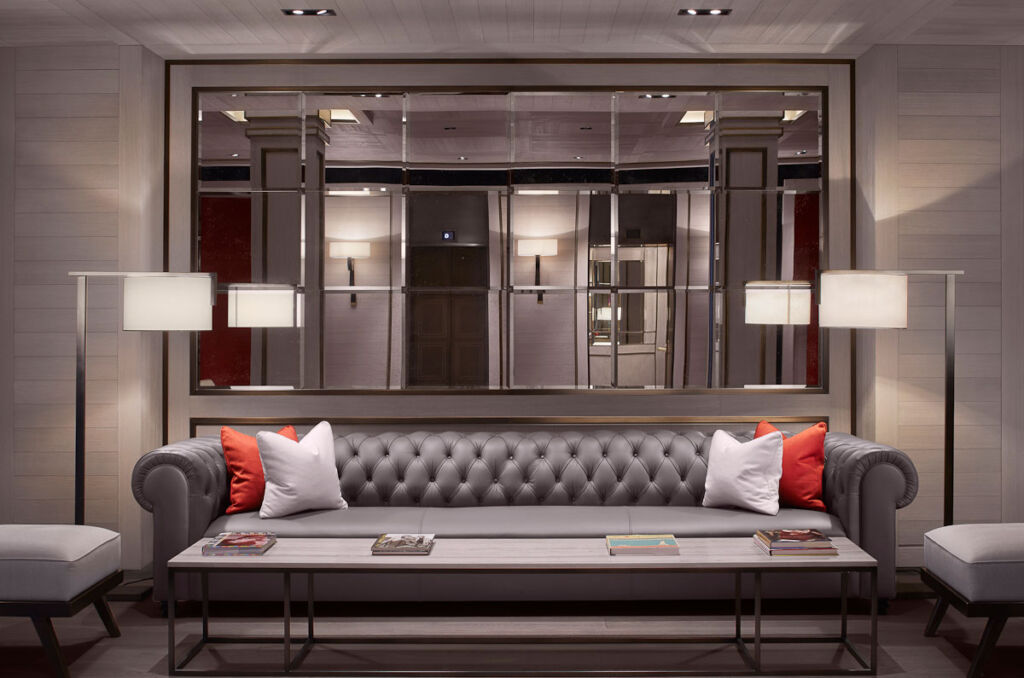 Apartments
The apartments are designed for luxury and vibrancy to work alongside in harmony. Bold and contemporary in style, they boast floor-to-ceiling windows to maximise light and allow for taking in some seriously stunning views, such as the Thames and other iconic landmarks that are the genetic make-up of London. Furthermore, if you appreciate nature, you can view the new mile-long Linear Park, a zigzagging ribbon of a green trail of art inspired by the High Line in Manhattan.

Inside, the interior fittings and finishes pay homage to the vivid colours of the New and nearby Covent Garden Flower Market. Pretty much everything inside the apartments is Instagram-worthy, given the minute detail that has been put in them.

Commercial amenities
For a few years now, the rise in co-living has been touted as the solution to beat the housing crisis as well as combat the age of ‘loneliness’ many seem to be living in. And what Embassy Gardens developers have attempted to do is address some of these issues.

Master-planned by British architect and urban designer Sir Terry Farrell, it was hoped that Nine Elms would not just be the creation of a new area but one that would help strengthen ties within the people of its community. With the formation of commercial amenities, people would be able to see this new living space as more of a lifestyle. 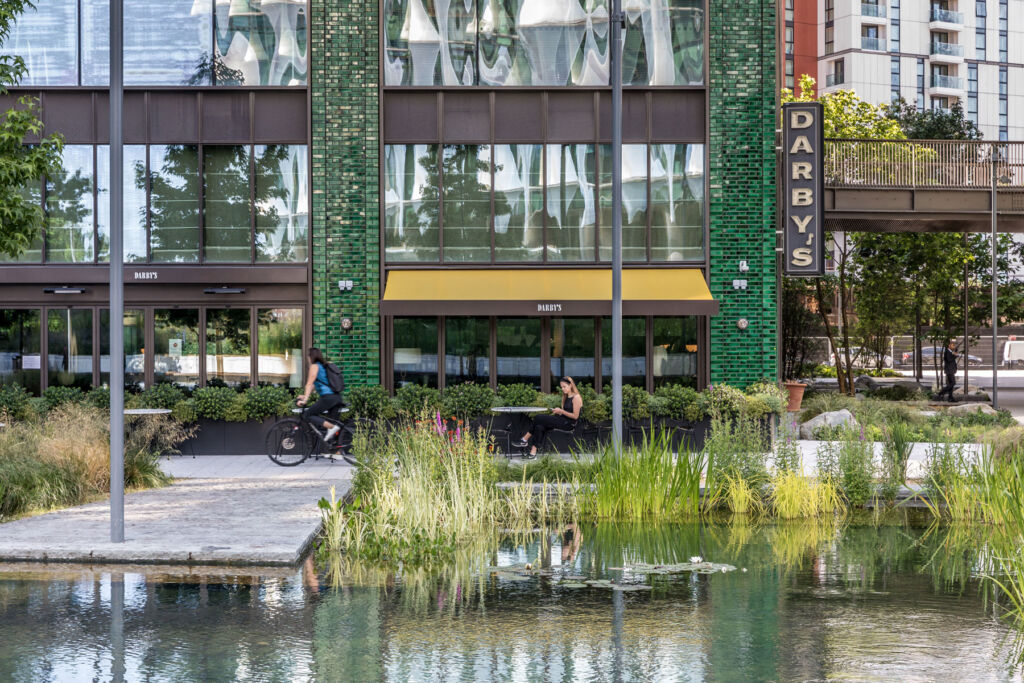 And to forge new ties, there is an influx of shops, cafes, bars and restaurants to socialise in. You could bond over a sweat-inducing class at boutique cycle studio ‘static’ or head to a gentler well-being session at Ten Pilates (opened August 2022). To quench your thirst, The Alchemist is a trendy creative cocktail bar, while the Irish cocktail bar Homeboy is where you can sink a few pints.

For a slap-up meal, you may want to head to top chef Robin Gill’s Darby’s restaurant – an oyster bar, bakery and grill. One of my favourites was the beauty and lifestyle concept Linnaean where you could go and have a pamper in the form of a massage or any other treatment and then sit down for a healthy bite to eat. Now that is what I call food for the mind, body and soul.

Embassy Gardens – Where and How?

Apartments at Embassy Gardens start from £650,000 for a studio. For sales enquiries for Embassy Gardens, visit www.embassygardens.com or call 020 3553 7775. 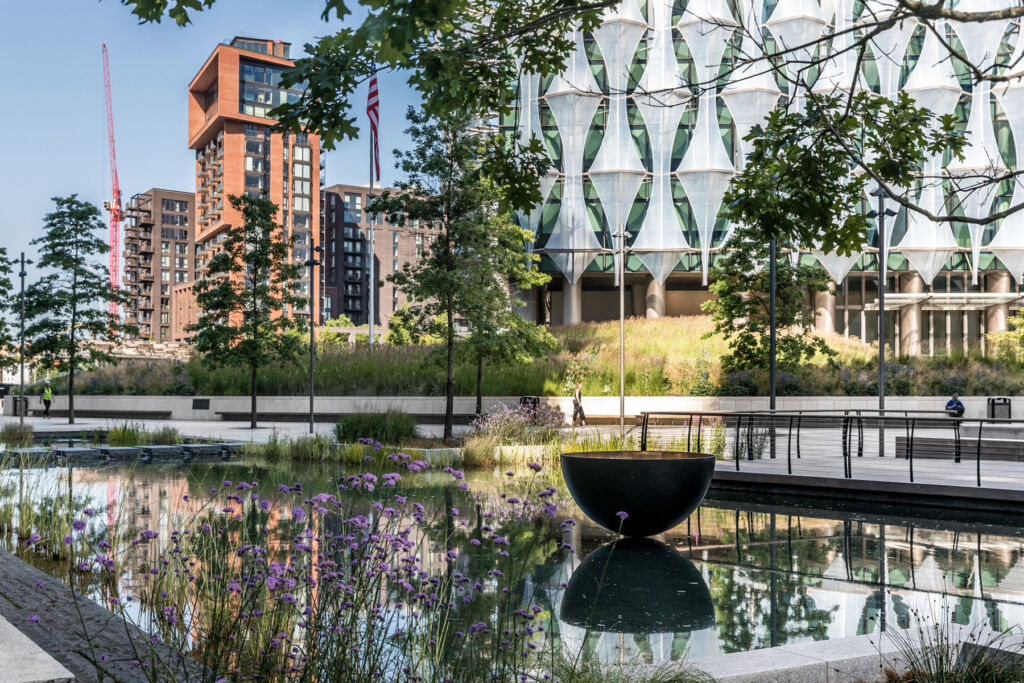