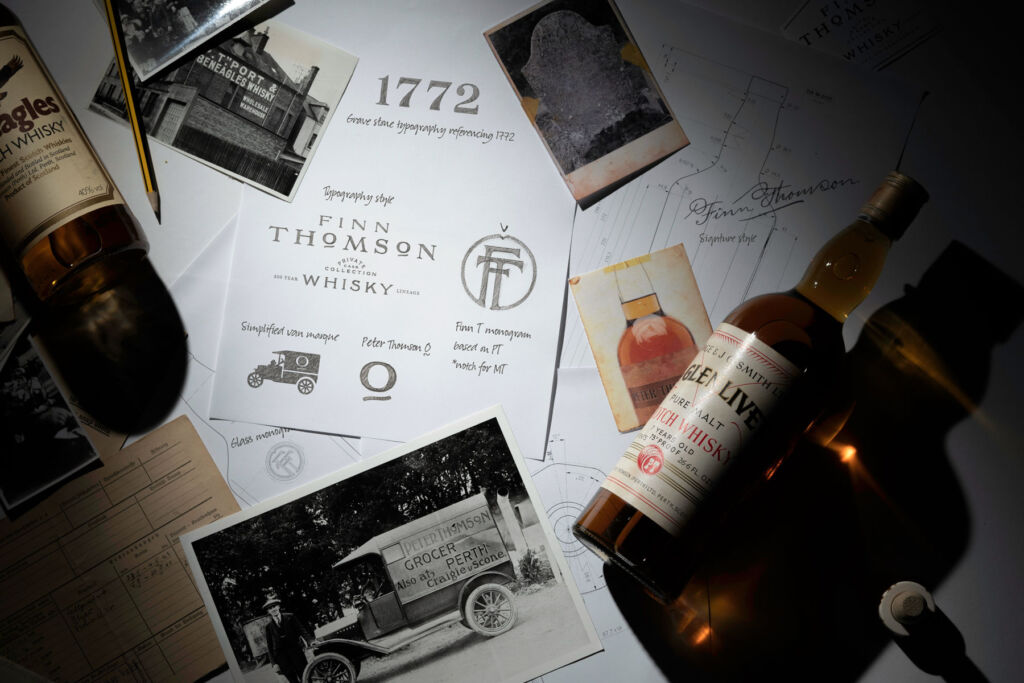 For the first time, one of Scotland’s rarest private cask collections is to be bottled. The collection is under the stewardship of one of the world’s oldest whisky families, and now, Finn Thomson, who represents the ninth generation, will debut the collection with a Glenlivet 50-year-old.

As our regular readers will know, whisky casks can be worth staggering sums of money. At the end of May, we wrote a piece highlighting two whisky casks going to auction. What made them incredible was the estimated £700,000-£1,200,000 for each! If you were like Finn Thomson’s ancestors and collected or invested in whisky casks years ago, you’d be holding an incredibly precious and sought-after asset today. 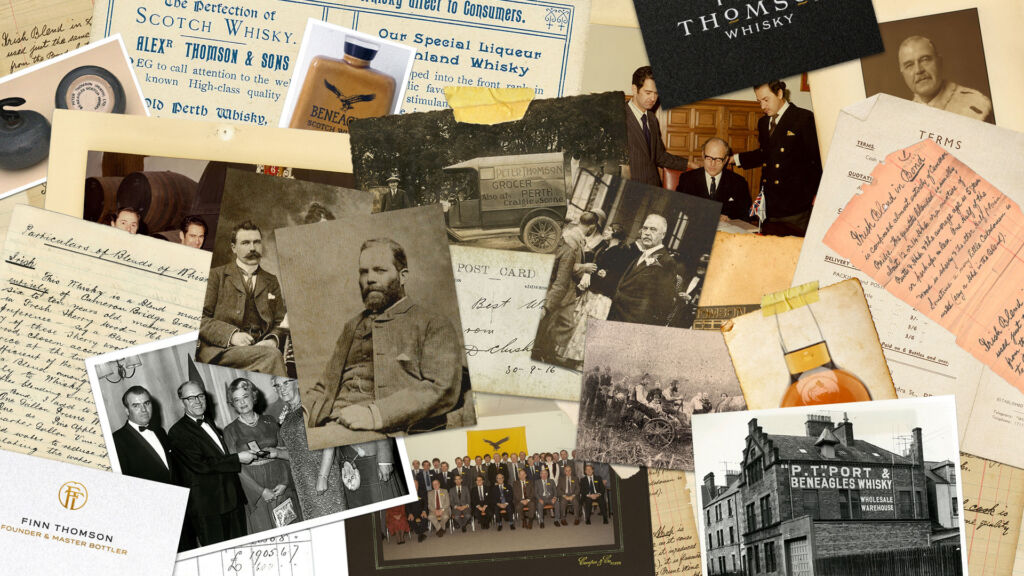 The collection will be under the banner of Finn Thomson Whisky and celebrates his family’s 300-year relationship with whisky, from illicit pot stills to the blended whisky boom and beyond.

In 1908, in Perth, Finn Thomson’s great-great grandfather Peter decided to set up a whisky business and grocery store, which he shared with blended whisky giants Dewar, Bell and Gloag. In the 1980s, Peter Thomson’s whisky interests were sold. Following this, Finn’s grandfather Michael began stowing away the malt and grain casks which have formed the secret recipe of Beneagles, and those same casks have been in slumber ever since. 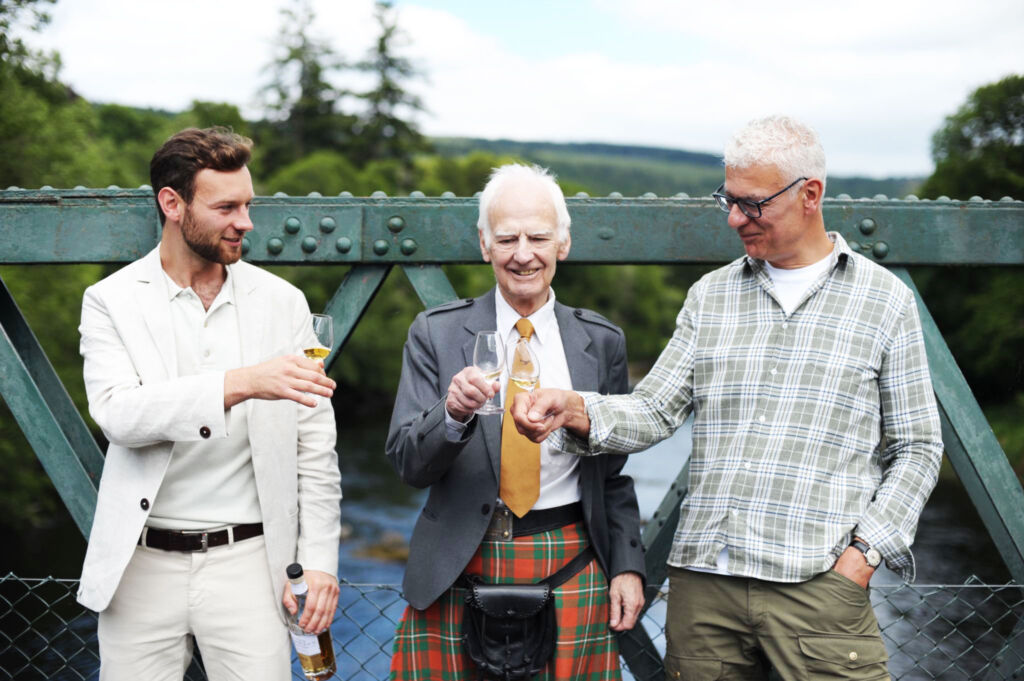 The baton has now been passed on to Finn. The ninth-generation family member will be bottling the cask collection under the banner of Finn Thomson Whisky, and his goal is to introduce exceptional whiskies into the global market and, at the same time, forge innovative partnerships that will stand the test of time.

Finn Thomson, the Master Bottler of Finn Thomson Whisky, said, “For three hundred years, my forefathers have been involved in whisky – distilling, blending and trading. Growing up, I was always fascinated by my grandfather’s recollections of his time in the whisky trade. These stories have inspired me to reignite the family business and create new experiences and innovations in the exciting world of single-cask independent bottlers.

“Quietly, Granddad Michael spent the 1980s and ’90s selecting and collecting the young casks of single malts and grains that had formed the secret recipe of the Beneagles blend, handed down over the generations. In doing so, he accumulated one of Scotland’s largest private cask collections.

“Now, it is my honour to bring this aged collection of rare casks to the lips of a new generation. Each cask has an individual personality. Every Finn Thomson whisky is a one-off with its wonderful character. That’s my vision for the future and why I am so excited.”

The rare portfolio comprises a collection of aged and rare individual spirits. Together with some younger malts, they will be separated into three ranges:

Each of the ranges will be centred around a specific time and tell tales that have, until now, remained in the family. 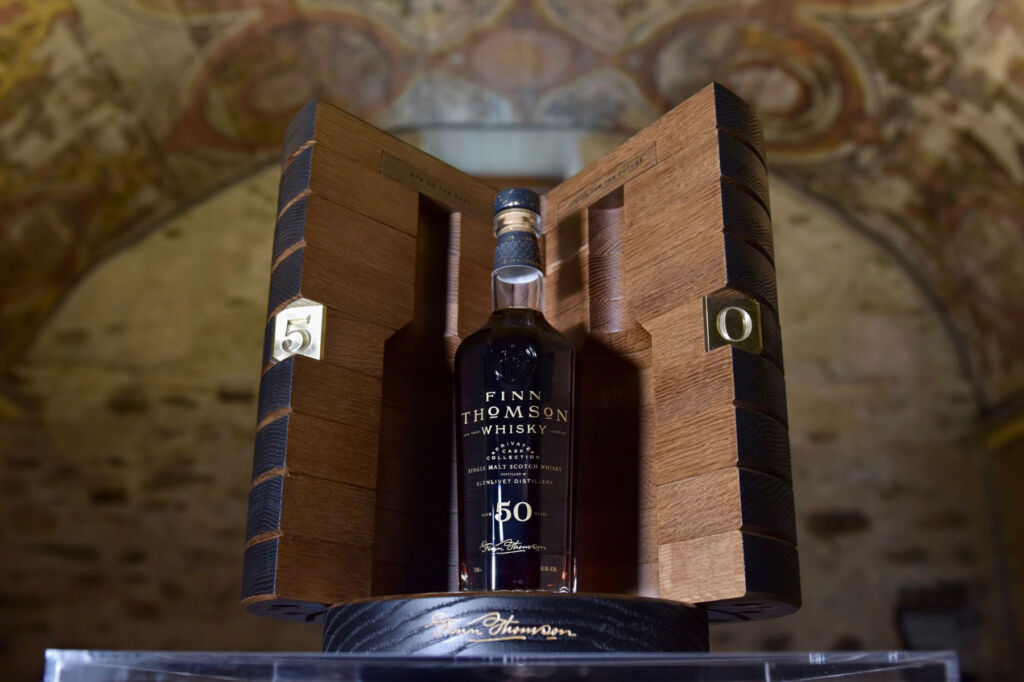 The first release comes under the Crown range and is a Glenlivet 50-year-old. The Glenlivet is one of the oldest whiskies in the range and has been matured in a first-fill sherry hogshead. The Glenlivet 50-Year-Old cask was matured on the 6th March 1970 and has an ABV of 49.8%. The cask is expected to yield 127 bottles and the influence of the sherry will show in the colour of the liquid, which will appear almost black, much like a cola. 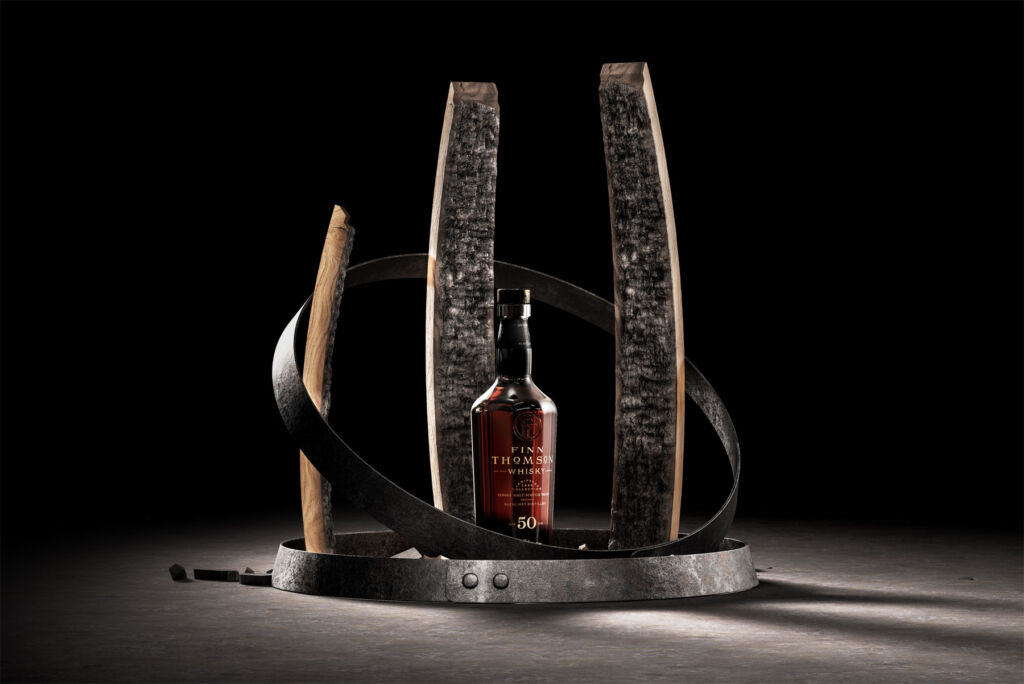 Before the 1970s, it was common practice for sherry to be shipped in casks to Scotland for bottling. Nowadays, things are somewhat different, with a requirement that all sherry must now be bottled in Spain.

Sherry casks introduce a unique quality to whiskies, and many Scottish whisky and wine merchants, including Peter Thompson’s, used the fresh sherry casks to mature their whisky stocks.

The full Finn Thomson whisky range will be available from specialist whisky retailers across the UK. These include the Aberdeen Whisky Shop, Villeneuve Wines, Oban Whisky and Fine Wine, and Woodwinters. The range will also be made available in The Netherlands, Belgium and Italy.