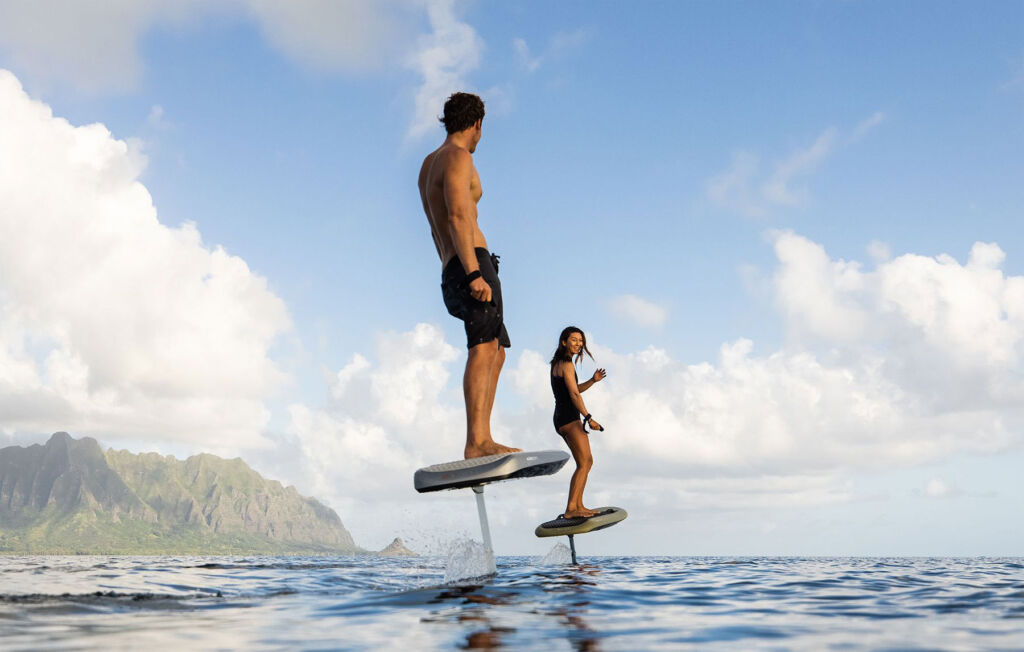 Watercraft technology has come on in leaps and bounds during recent years, with some boats now able to fly above the water using just battery power. However, these boats are by no means small, and many would prefer to experience the sensation of flying above the water on something more portable. Well, now you can, and it goes by the name of the Fliteboard.

Fliteboard is the brainchild of professional kitesurfer David Trewern. The idea for it was born when he decided to add electric power to his KiteFoil. He first came up with this idea in 2016, and, following significant encouragement from his friends, he set out to turn what was just some thoughts and dreams into a reality, doing so with a 3D printer, a handmade carbon board and some off the shelf parts. 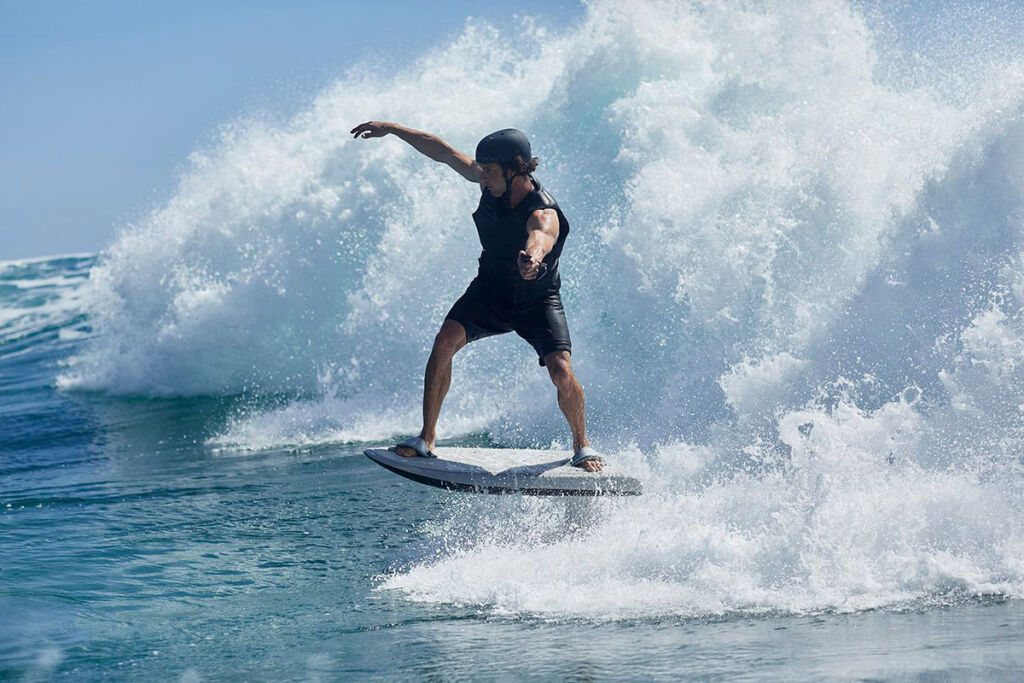 David took his prototype down to the beach at Belongi and was hooked instantly. What he experienced was far more than anything he’d imagined. David realised that what he’d created was quite exceptional, and in 2018, Fliteboard launched. Since then, the company has turned into somewhat of a success story, making waves in the world of watersports. So much so that Tobias Lutke, the founder of Shopify, described it as “the most magical gadget on the planet”. 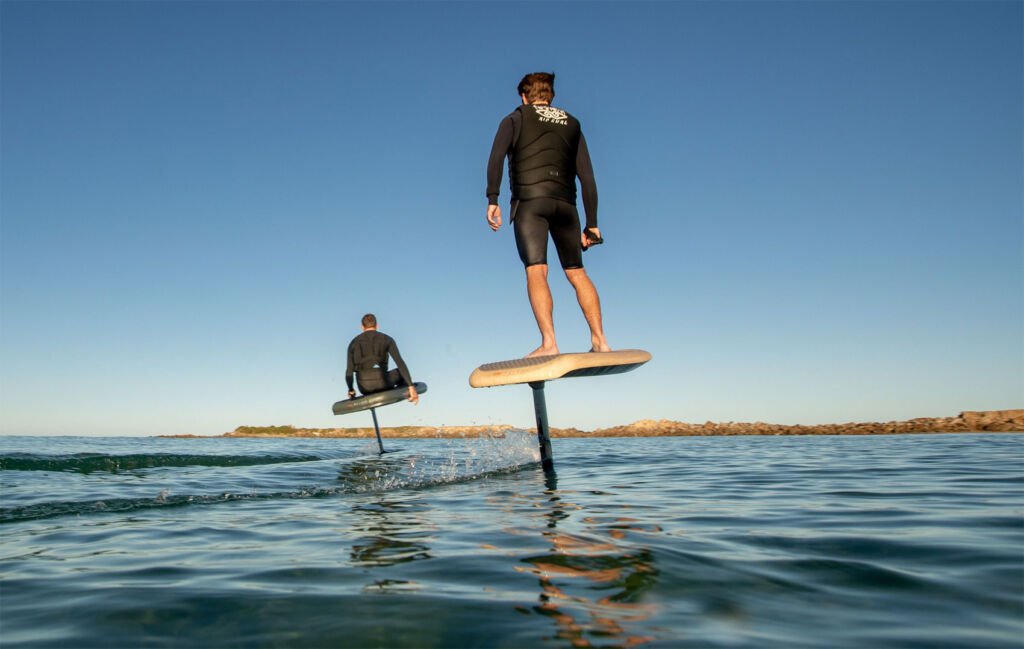 About the Fliteboard
The Fliteboard is a watercraft that lets you fly smoothly above the water at high speeds. It uses battery power, and a single charge allows you to travel up to 40km. The board hovers approximately 70cm above the water, and the speed it operates is controlled via a hand-held Bluetooth remote control. 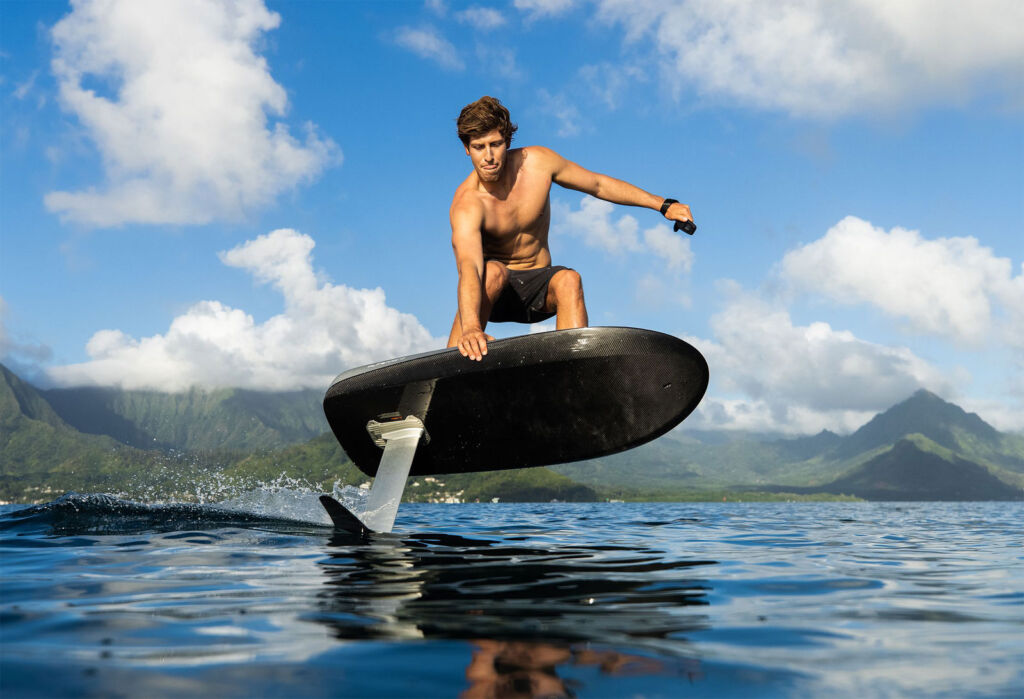 It is said to be incredibly responsive, with even the most subtle body movements able to change the flying altitude and make turns. This new revolution in the watercraft tech sector uses the latest battery technology, resulting in a quiet, emission-free ride unlike anything else.

The noise produced by the Fliteboard is one of the aspects we particularly like. Above the water, it is very quiet, but just as important, it is also quite below the water, producing an underwater acoustic profile that’s less than that of the smallest petrol marine motor. 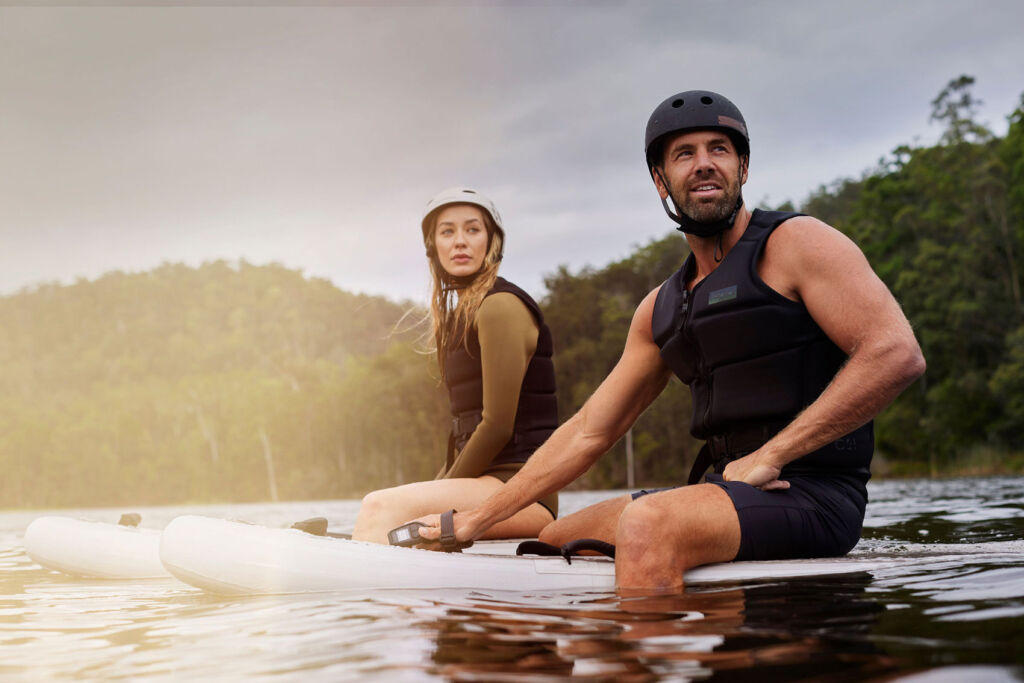 The Fliteboard is able to carry a person weighing 90kg at more than 20kph and, in doing so, uses less than 750 watts of power without producing any emissions or wake. This makes the Fliteboard amongst the most efficient and environmentally friendly powered marine vehicles in the market today.

David’s invention should usher in a new era for powered marine craft, and the technologies he’s developed should help inspire others to develop a quieter and cleaner way to travel on the sea.

As we mentioned at the beginning of this feature, portability is key to winning over consumer hearts and wallets. In 2021, Fliteboard released the Series 2 Fliteboard. Series 2 introduced a new electronics and connection concept, the world’s smallest eFoil (The Fliteboard Ultra). New purpose-designed eFoil wings were also launched, including the first dihedral eFoil wings, the Flow series. David has also introduced True Glide, a free-spinning propeller with one way bearing for powered off wave rides. 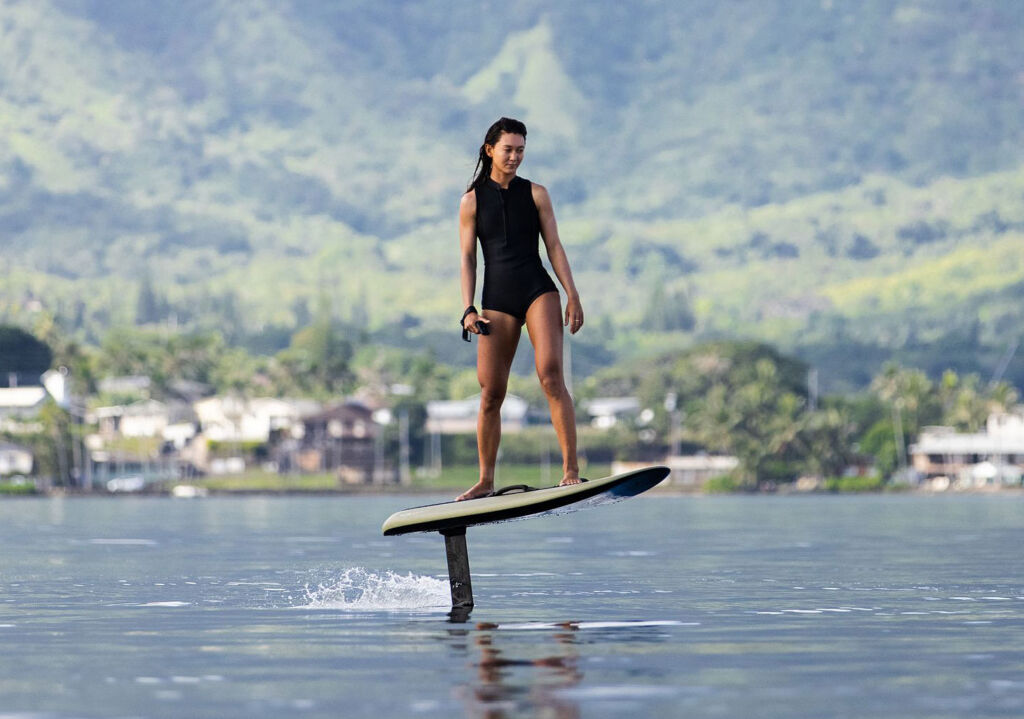 David’s Fliteboard has already developed a celebrity cult following, and he’s now on a mission to do the same with the general public. It is currently priced from €10,400, and Series 2 is now available to purchase through Fliteboard’s website: https://eu.fliteboard.com/.