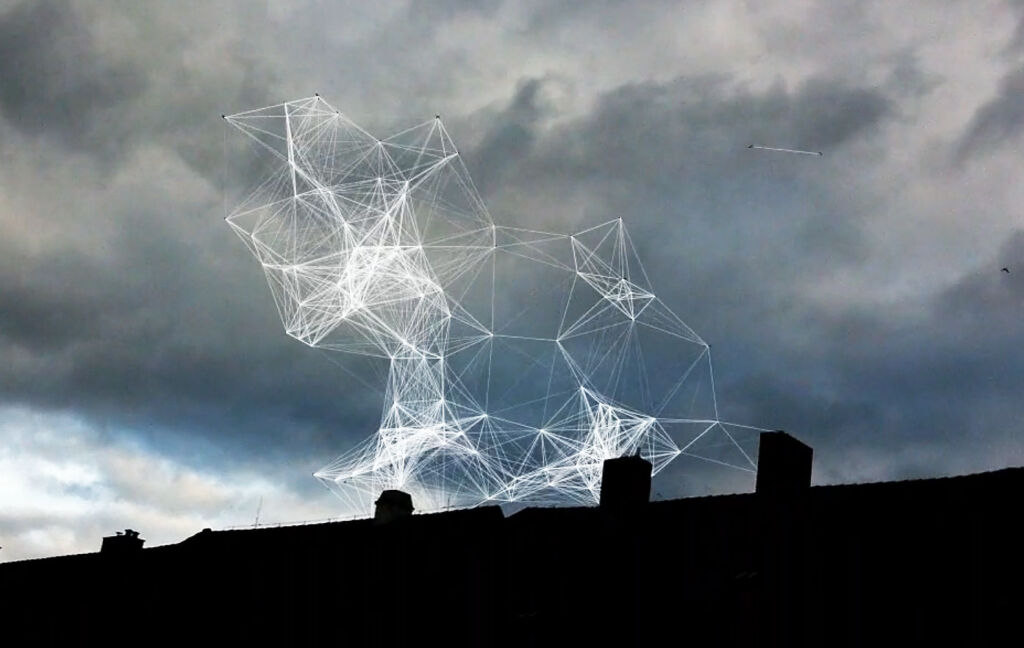 I rarely read books, and until this year, it had been more than a quarter of a century since I had last read one. However, Flock without Birds by Filip Dousek intrigued me, so I decided to break the habit of almost a lifetime and requested an advance copy.

So, why did I choose to re-introduce a pleasure that had been absent for so long in my life? The promise of a story set in my home country that bordered in parts on the unexplained and born from the mind of an analytics and artificial intelligence (AI) pioneer.

Having not read a book in so long, I’ll admit, I was hesitant. Would I be able to get into the book? Would it rekindle the fun of working to get my knowledge instead of having it subliminally implanted into my brain via modern-day media formats?

The first night I decided to head into Flock without Birds; I was sitting in my bed, glasses on, without any distractions. My distant memories told me there’s a groove I needed to get into when reading a book, and once I was in it, I’d, without realising, be at the end.

Was Filip’s Flock without Birds easy to read? The answer to this is no, and it’s less to do with the words on the pages; it was down to something I hadn’t experienced in a book.

Flock without Birds is somewhat different to most books. It is divided into two volumes, each bound back-to-back, starting on opposite sides. It’s up to the reader to decide on the volume, a little like Morpheus in the Matrix offering the two coloured pills. 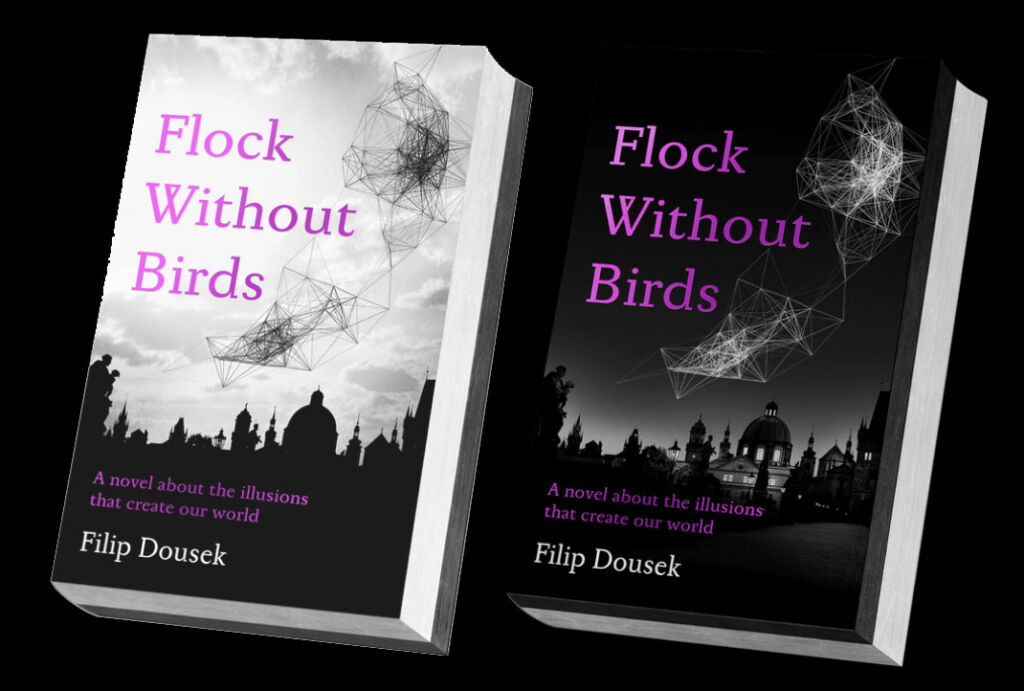 The two books are separate parts of the whole story; if you don’t read both, you’ll only be able to paint part of the literary picture in your mind. The shorter volume, which is denoted by a black cover and black-edged pages, is called the ‘Book’, whilst the White cover (the longer of the two volumes) is the ‘Story’.

A moment ago, I raised whether the book is an easy read? Having two volumes starting from each side of the book upside down from the other wasn’t a major issue. However, rotating chapters by 90 degrees aren’t something I enjoyed, particularly when trying to read in bed. At some points, holding the book reminded me of driving a car! It also doesn’t help when the font size reduces, which I put down to artistic licence rather than functionality. It is only my opinion, and I am sure that others would be far more amiable to the immersive experience. 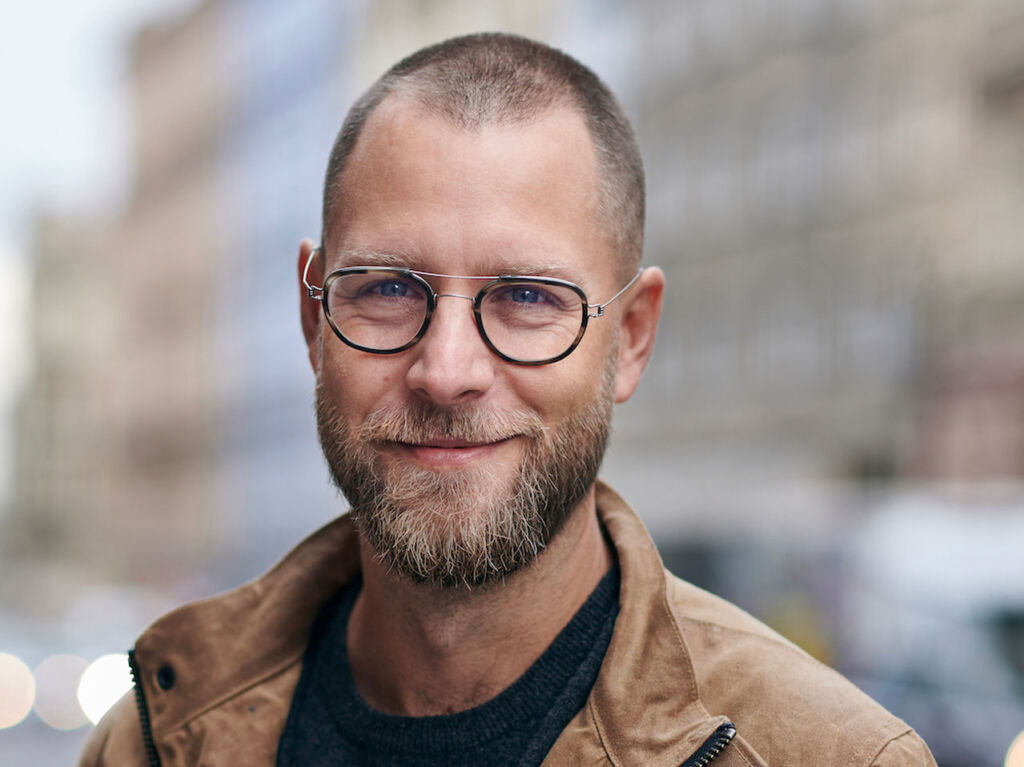 Filip Dousek (above) spent twelve years of his life writing Flock without Birds, and it is obvious that his goal was to create a literary masterpiece, which he may well have done. However, sometimes, an overly stylistic approach can spoil the book-reading experience.

The Story
A Flock without Birds was initially launched in the Czech market and was a hit. Now translated into English, the ‘Story’ focuses on a young PhD student called Adam, a young man who is torn between love and his obsession with coding an algorithm that will sift through the world’s data to uncover the existence of God and to explain the order of the universe. Along the way, Adam comes across a series of mysterious paintings that leads him on a journey from his university in Cambridge through a Faustian bargain to the edge of reason. 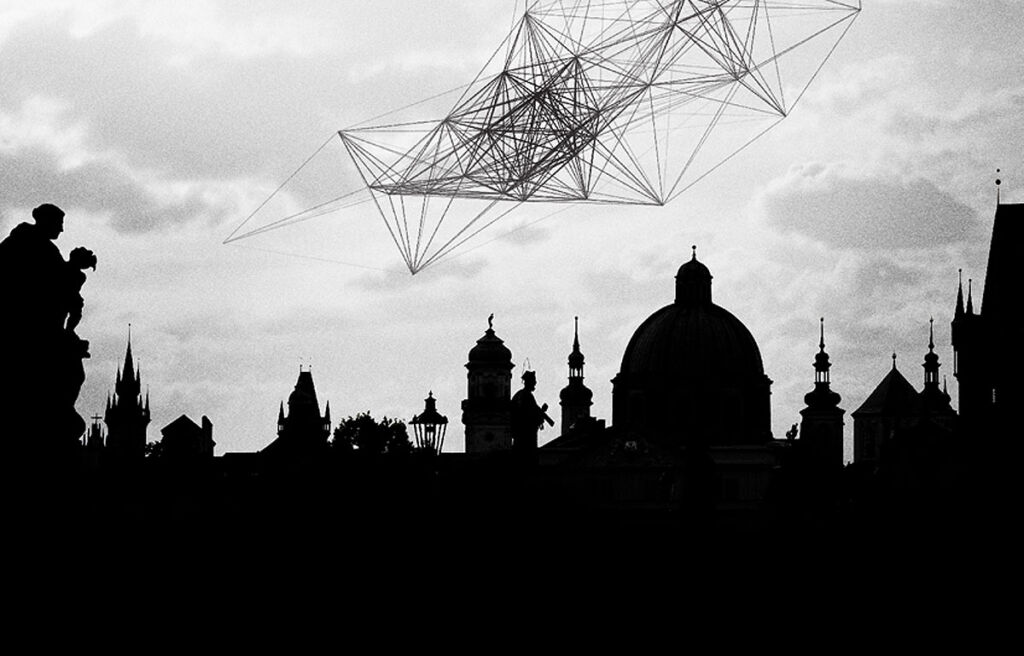 The Book
This volume takes the form of a journal/diary and is written by Adam to his love from a foreign prison and promises to cure the divisions that plague the world. Adam believes the root cause of these isn’t politics, capitalism, race, religion, or media; it is a deeper layer, obvious and invisible, that forms what we think, believe, and do, our wars and our relationships. Can he escape the prisons of the body and of the mind and regain his love?

A Flock without Birds wasn’t an easy read for me as I didn’t go to university, so I found it difficult to relate to the lives of Adam and his friends and to be honest, I was not overly fond of many of the lead characters, they reminded too much of people I had deliberately forgotten during my life.

The book is beautifully written, and you feel the author’s devotion to it on every page. The attention to detail from the first page to the last deserves to be lauded, however, in parts this was perhaps a little much for my liking, particularly words and thoughts from some of history’s greatest mathematicians and philosophers. For a certain type of reader, I have no doubt that this book will be an engrossing, and mind-broadening adventure.

The hardback version of Flock without Birds will be published by Toito Publishing, priced at £18. You can find out more at www.flockwithoutbirds.com.