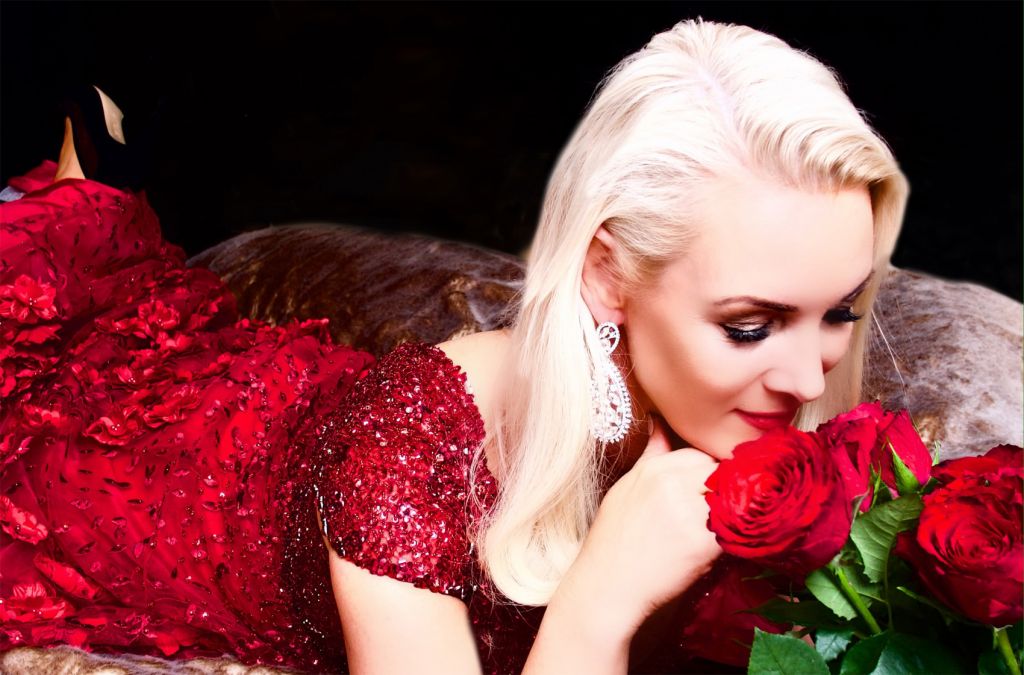 A few years ago, Luxurious Magazine’s Simone Zeffiro had the opportunity to interview one of the most talented singers and renowned personalities in the European music scene, Mezzo-soprano Friederike Krum.

In 2020, he has once again had the chance to chat with the London-based singer.

LM: Welcome back, Friederike! How have you been since we published our last interview with you in 2015?
FK: Oh, a lot has happened since we last met. You may recall I have two children who are now aged 17 and 19! They’ve kept me busy through their GCSEs and A-levels, and whatever else teenage life threw at them. My son just got into BIMM, Europe’s leading and largest music college, my daughter got great GCSEs results and wants to embark on a career in medicine, so I am a super proud mum right now.

I don’t mean to boast, but as a single mum, it’s always a balancing act juggling your kids and career. For years I had put my kids first, especially after the divorce when we all needed to find our footing again, so it’s been really lovely to see how they have grown into such amazing young people. In return, they have supported me over the last year while I was recording my new album. We are quite a team! 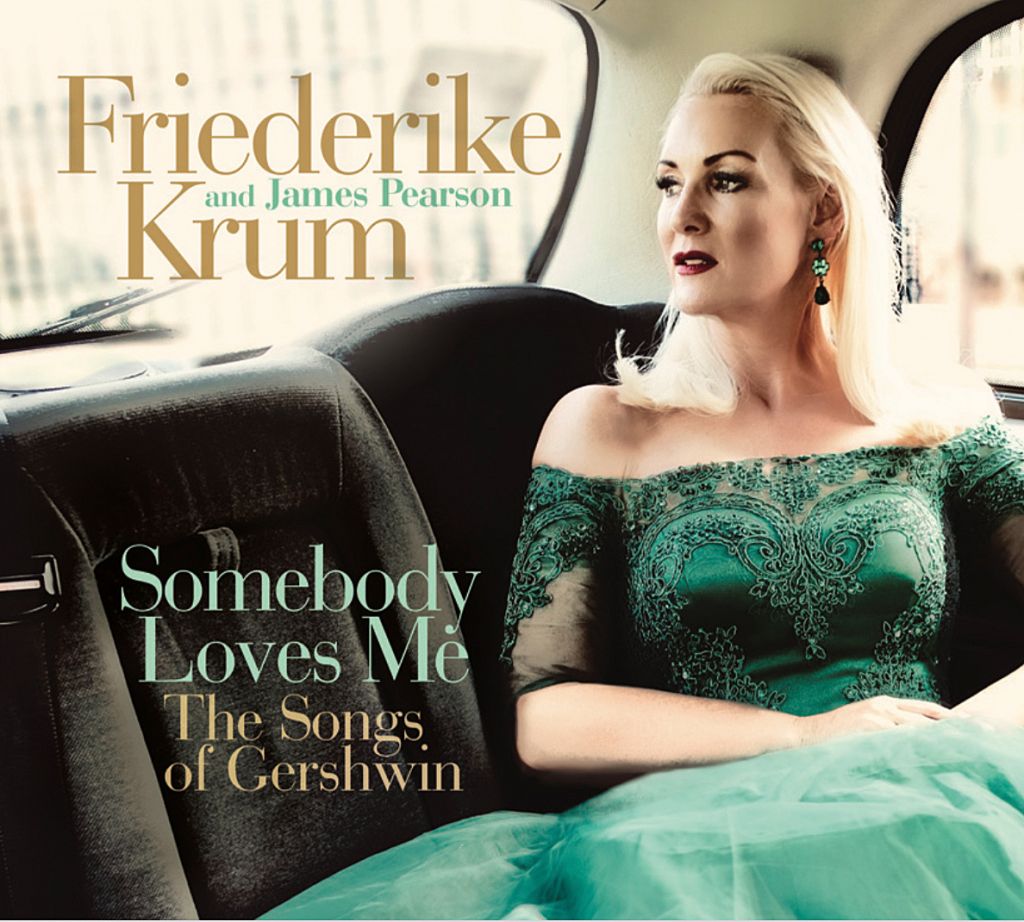 LM: You just mentioned your new album. Can you tell us a little more about it?
FK: I am really excited about my new album. Gershwin’s most famous love songs have been recorded in a very intimate way. I opted for just a piano with a vocal, as that’s what Gershwin initially wrote these songs for. In my opinion, it is a very sensual and mellow album as I didn’t use my classical voice. Instead, I used a lower and warm register to be able to express and focus on emotions. James and I improvised the songs, so they have a real live feel to them. They are perfect for cuddling up on the sofa!

LM: Your versatile voice could interpret any song and composer, why Gershwin?
FK: I’ve always loved the songs of George Gershwin. His unparalleled talent for choosing unique harmonies and his touch of melancholy always spoke to me. Gershwin was a very versatile composer with a deep love for classical music, which influenced many of his compositions. Still, he equally was a genius when it came to writing contemporary hit songs for the big shows and movies of his era.

His famous ‘Summertime’ is actually from his only opera ‘Porgy & Bess’, which was the first opera I heard at a very young age. Also, my music teacher in secondary school, Dr Uwe Kraemer, turned out to be a huge Gershwin fan, and through him, my love for Gershwin was reignited. Since those days, the songs of Gershwin, in particular, ‘Somebody Loves Me’, and ‘Summertime’ have stayed with me. We also filmed three adorable YouTube videos for ‘Summertime’, ‘Somebody Loves Me’ and ‘The man I love’. 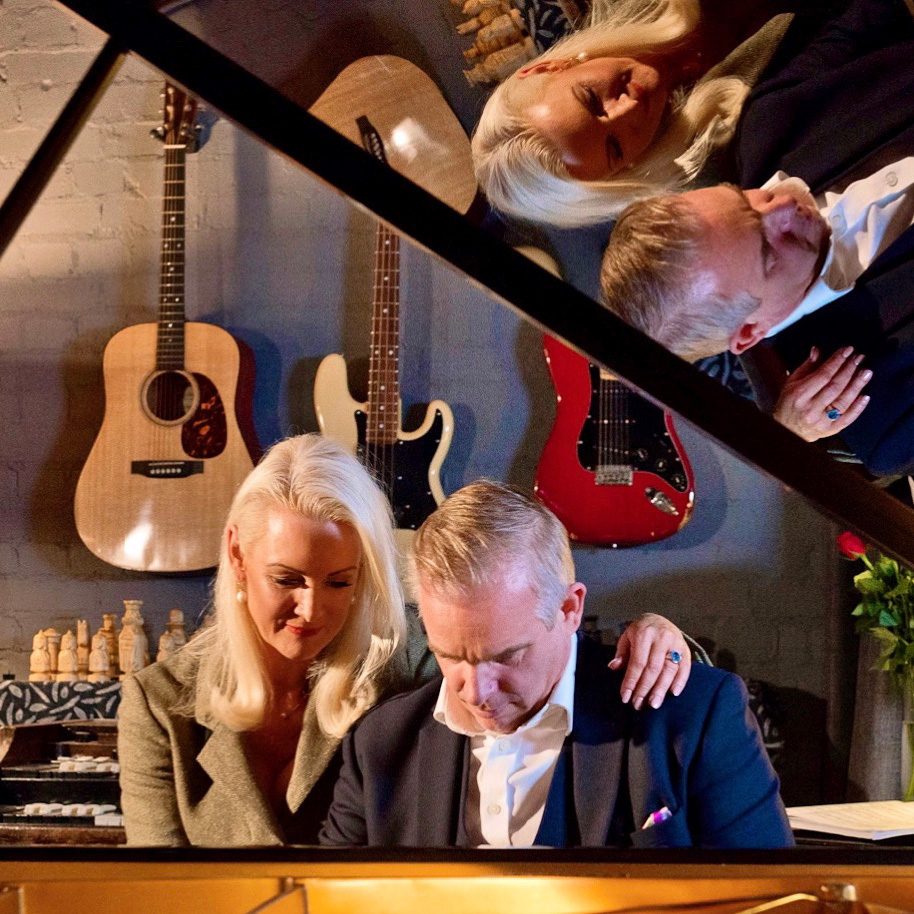 LM: How did you meet Ronnie Scott’s artistic director James Pearson?
FK: James Pearson and I were booked to perform together for HRH The Duke of Cambridge, and had been in communication about repertoire and rehearsals. We just got on really well. As artistic director of the legendary London Jazz Club Ronnie Scott’s, I knew he would like the Gershwin idea. I figured out pretty quickly that I had met a true genius, especially as James has had full classical training, like me. We both like venturing into different genres and are very versatile, so when I started to plan this album, I knew I wanted James to be my partner in crime.

LM: How has Gershwin’s music influenced you?
FK: Gershwin’s songs are timeless, which makes them so unique. The melodies are just stunning, and once heard, you will find yourself humming them all day. The lyrics written by George’s brother Ira are utterly charming and touch a nerve in all of us. They are about love, the excitement of meeting that special someone and even the silly quarrels we all know so well. The well-known duet ‘Let’s call the whole thing off’ is based upon such a petty quarrel and people will probably remember it being performed by Fred Astaire and Ginger Rogers. I recorded it with the fabulous Ben Forster, and we had tremendous fun. It is such a cute song.

LM: How was performing at the Royal Albert Hall? I hear you are performing there again in Spring.
FK: The Royal Albert Hall is an incredible venue. I had to pinch myself when walking out on to the stage for the first time during rehearsals. I was surprised that it feels rather intimate on stage, even though it seats 5,000 people and the concert was fully sold out.

I’ll never forget the moment Russell Watson and I got standing ovations for the duet we performed. Unforgettable! We sang newly composed songs for the famous Chelsea Pensioners war veterans, who are known the world over for their famous Scarlet Uniform. I am very excited to be back at the Royal Albert Hall this March, primarily as the concert will be broadcasted by BBC2.

LM: I know you are always involved in charity work and care to help many organisations. Would you share with us how it felt being an ambassador for the Chelsea Pensioners?
FK: It is an incredible honour, especially as I was appointed in 2018 when the world commemorated the 100th-anniversary of World War One ending. The Chelsea Pensioners are the nation’s most celebrated war veterans, you can imagine what it meant to me as a German and a woman to be their first-ever ambassador. I formed extraordinary friendships with the pensioners, and they even had a portrait of me painted by one of their own, which moved me deeply.

Alpha events and trips are unique and are always of the highest standard, but what truly makes this club so immensely special is the people. Alpha Club offers networking opportunities of the highest level. This is already a good enough reason to join, but then there is the business side of Alpha ran by Alpha Solutions. They provide advice and expertise on pretty much any business you are interested in, from finance to property, and from racing syndicates to an incredible employee rewards scheme. 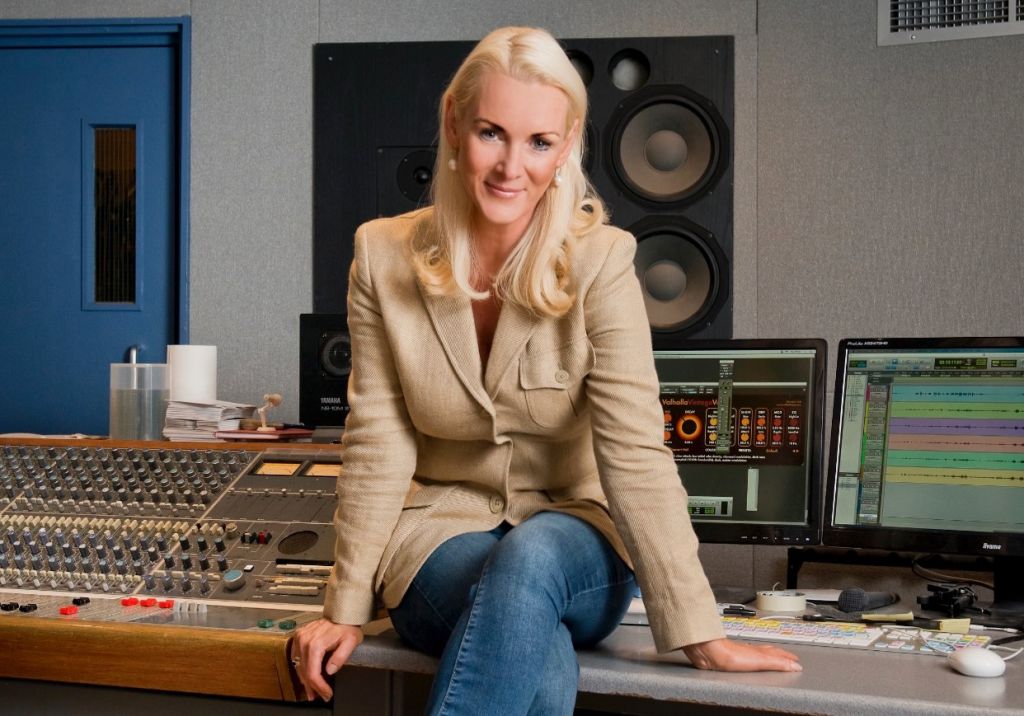 LM: Back to the record, I heard somewhere that some tracks only took one take, is this true?
FK: Funny enough, ‘Summertime’ was done in a single take. This song has been a part of me for so long that it felt so natural, and as James is truly a kindred spirit and feels the music the way I do, it was a magical recording this song. I hope anyone listening to it will love what we did.

LM: So you’ve taken on Gershwin, what’s next for you? Do you have another genre in mind for the future?
FK: Classical music is my home and will always play a big part in my repertoire and live concerts. I will be back at the Albert Hall in 2022 for an amazing classical concert, but will also be performing at some more intimate venues. This Summer, I will sing with sacred arias in Germany and then start looking into my repertoire for my next album, which will be an orchestral and classical crossover.

I get asked to sing at a lot of private and corporate events all across Europe, but my public concerts will always be advertised on my website. James Pearson and I have plans for a new show together, which will include beautiful classical, as well as contemporary music, so amazing times, lie ahead. In between I will enjoy just being ‘mummy’, being there for my kids which will forever be my most precious role!

LM: Thank you very much again, Friederike, for your time. I wish you all the very best for the future and for your forthcoming album and projects. 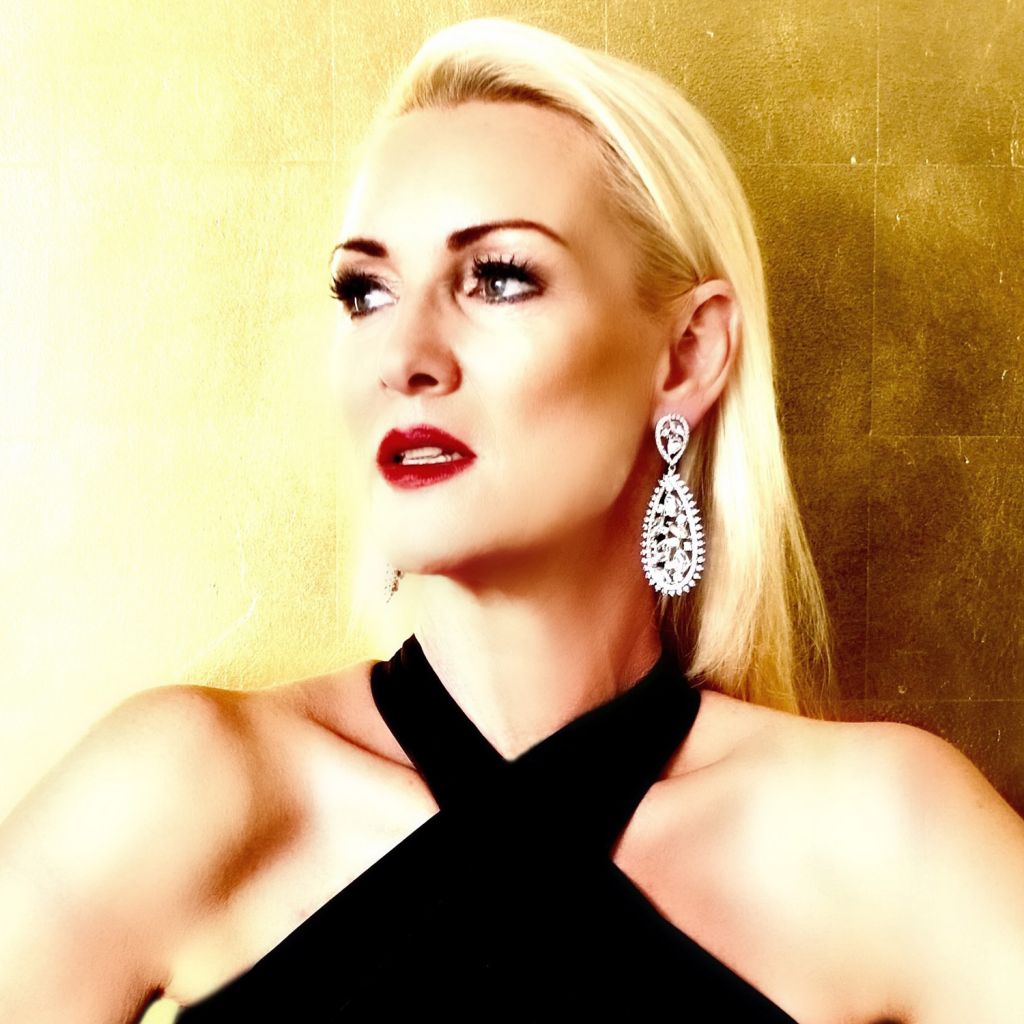 About Friederike Krum
Friederike Krum trained with the legendary dame Elisabeth Schwartzkopf and has performed alongside world-famous opera stars Plácido Domingo, José Carreras and Agnes Baltsa. Together with the UK platinum-selling tenor Russell Watson at the Royal Albert Hall and Cadogan Hall, she sang ‘Vocalise’ by Rachmaninov and ‘Symphony of Sorrowful Songs’ by Gorecki with the esteemed Royal Philharmonic Orchestra. Friederike has also received several prestigious awards by GEMA and Robert Stolz, and several TV documentaries have been made about her career and her life in London.

Her private and public concerts take her all across Europe, and her audiences are captivated by her exceptional repertoire, from classical to contemporary, as well as her ability to switch her voice from a fully classical Mezzo to a mellow, smooth tone that allows her to sing jazz, musicals and famous crossover songs. Plácido Domingo himself once praised Friederike for her “warm tone and charismatic stage presence”.

Friederike Krum – Where and How?

Friederike Krum’s new album, Somebody Loves Me – The Songs of Gershwin is available to buy on Amazon and iTunes.