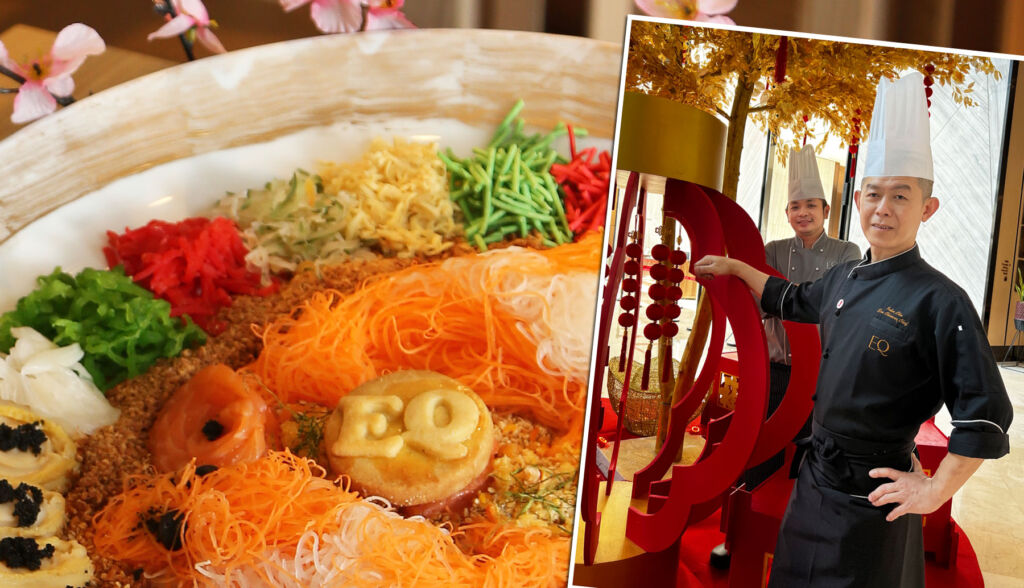 Well-known for its delectable Cantonese and Szechuan cuisine since it opened back in 1974, many devoted foodies were quite disappointed when the former Equatorial Hotel closed in 2012 for its rebuilding. When it reopened as EQ in 2019, the Golden Phoenix Chinese restaurant was nowhere to be found. 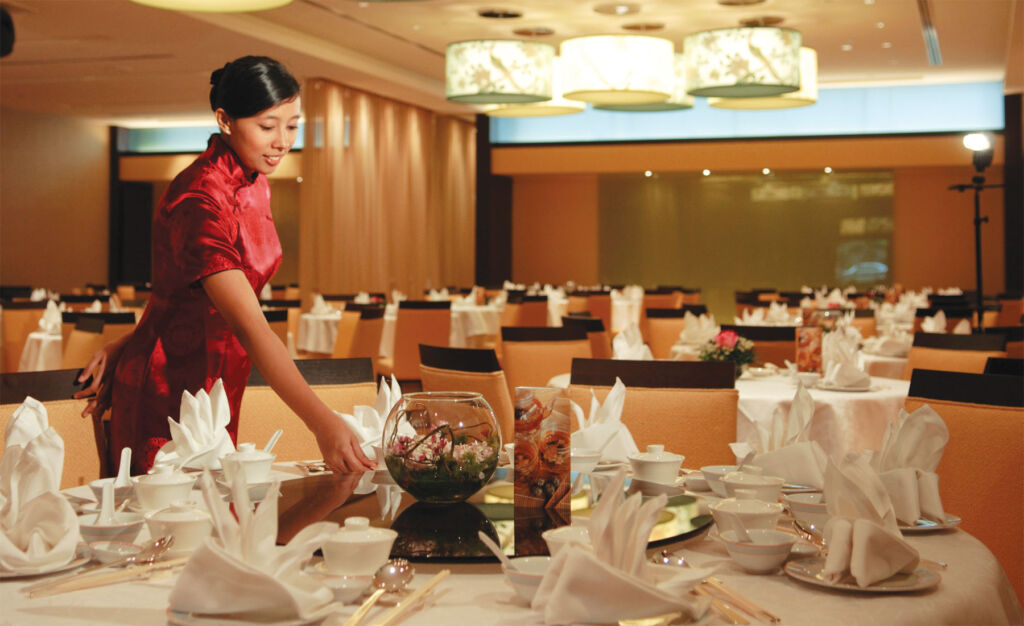 Inside the original Golden Phoenix Restaurant at the EQ Hotel in Kuala Lumpur.

Yielding to the rallying call for its revival, the management at EQ has taken heed and has recreated a pop-up of this much loved Chinese restaurant but for a limited time only – from 7th January to 15th February, spanning the Lunar New Year. Having done this a few times now since its reopening, old-timers, as well as new fans, will once more get the opportunity to savour some of Golden Phoenix’s classic dishes as well as new creations.

New Chef John Chu brings with him considerable epicurean experience culled from stints abroad in places like the Bahamas, Myanmar, Indonesia and has created a veritable menu consisting of mouth-watering ala carte dishes and dining sets including the Happy Reunion, Rich Fortune and Prosperity Treasure catering to a minimum of six persons.

According to Chef John Chu, his mandate was to ensure that Golden Phoenix’s reputation for excellence continues, and to this end, he has succeeded brilliantly. “I wanted to give some of the classic dishes a unique interpretation, for instance, where some dishes are typically steamed, I added texture and crunch by shallow frying,” he explains.

The quality of the dishes is enhanced further by using only the freshest and top-notch ingredients such as lobsters, premium-grade abalone and oysters. 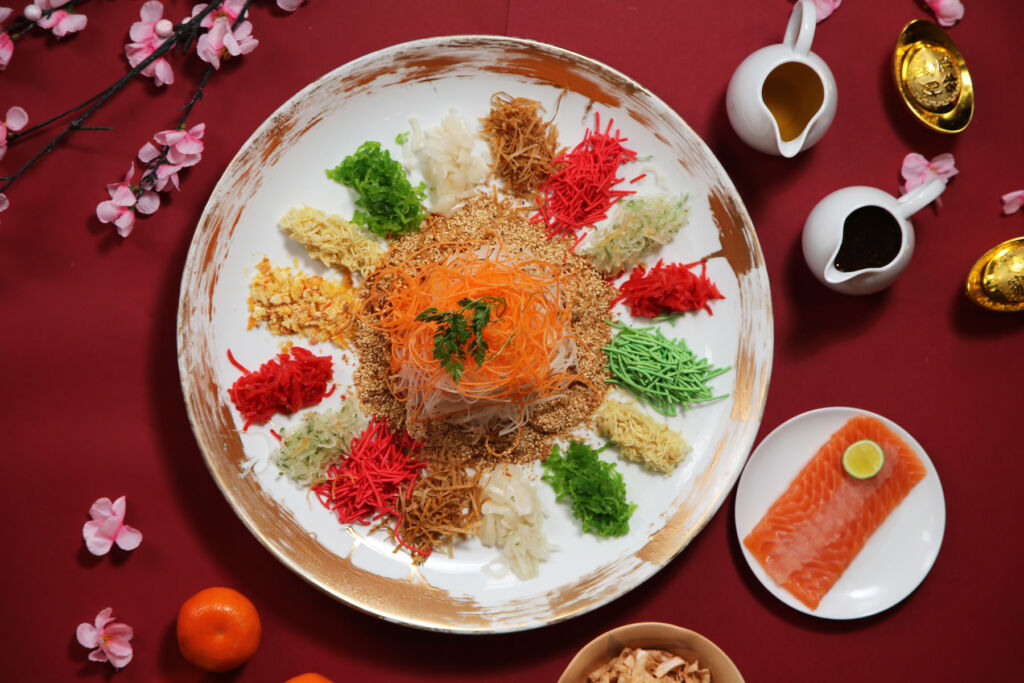 The ubiquitous Yee Sang (above), or Prosperity Toss, comes in a choice of different seafood, including salmon with snow swallow, Hokkaido scallop and ikura, abalone with caviar and one specially for vegetarians made from Korean snow pear. 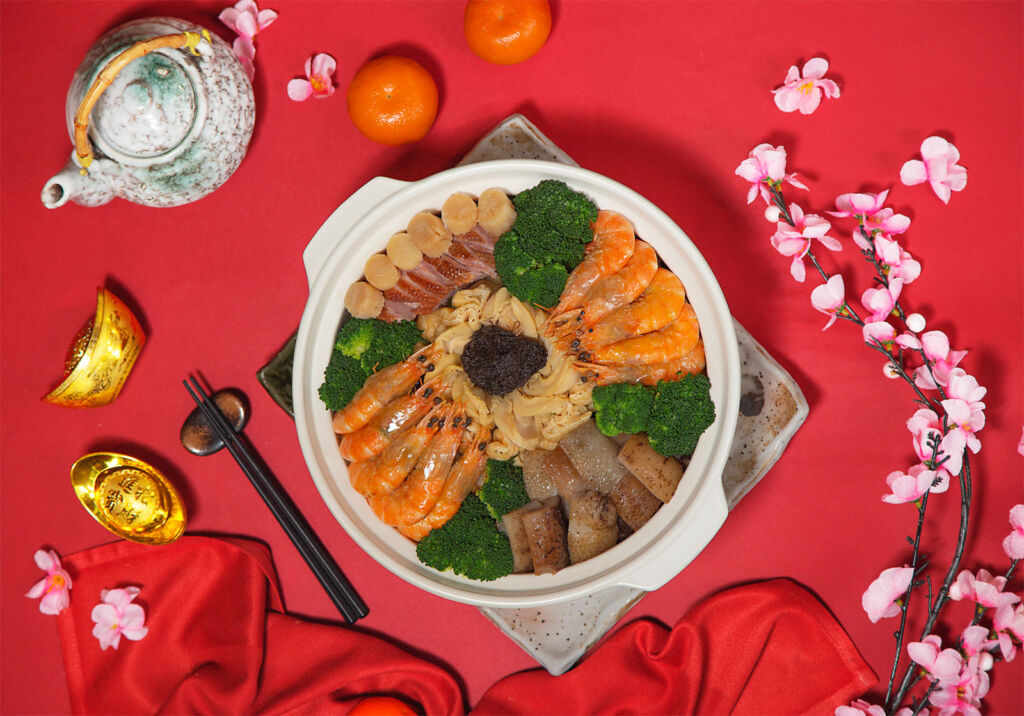 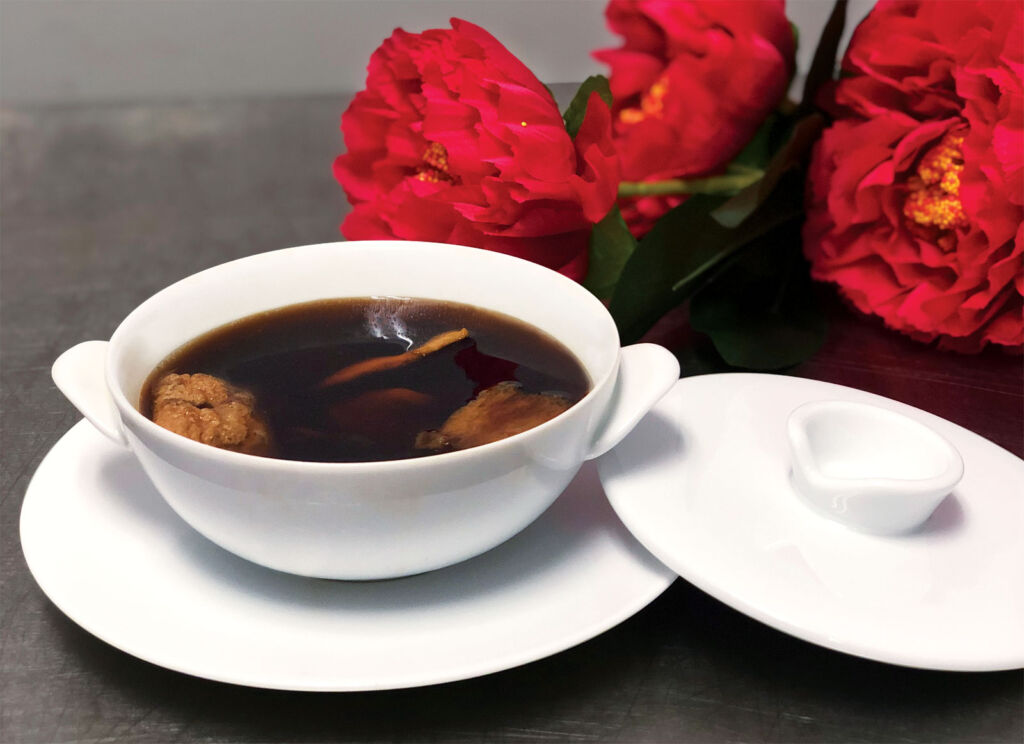 Most notable among the other dishes on offer include the Double Boiled Black Garlic Fish Maw Soup with Dried Scallop, Conch Meat and Chicken. Nourishing and full of flavour, this heart-warming soup ticks all the right boxes when it comes to what Chinese soups are all about.

The Deep-Fried Soon Hock Fish with Fragrant Garlic, Shallots, Dried Shrimps and Superior Soy Sauce wins top marks for its light and crunchy exterior but succulent and moist insides while the Smoked Farmed Chicken and Crispy Chicken with Mango Yuzu Sauce gave an interesting twist and much welcomed kick to what would be a normally bland chicken dish.

Stir-Fried Prawns with Asparagus in Supreme Truffle Dried Scallop Sauce brought out the natural flavour of this popular crustacean while the Braised Whole Abalone with dried Oyster, Flower Mushroom, Sea Cucumber with Broccoli had a nice taste and springy texture to it. 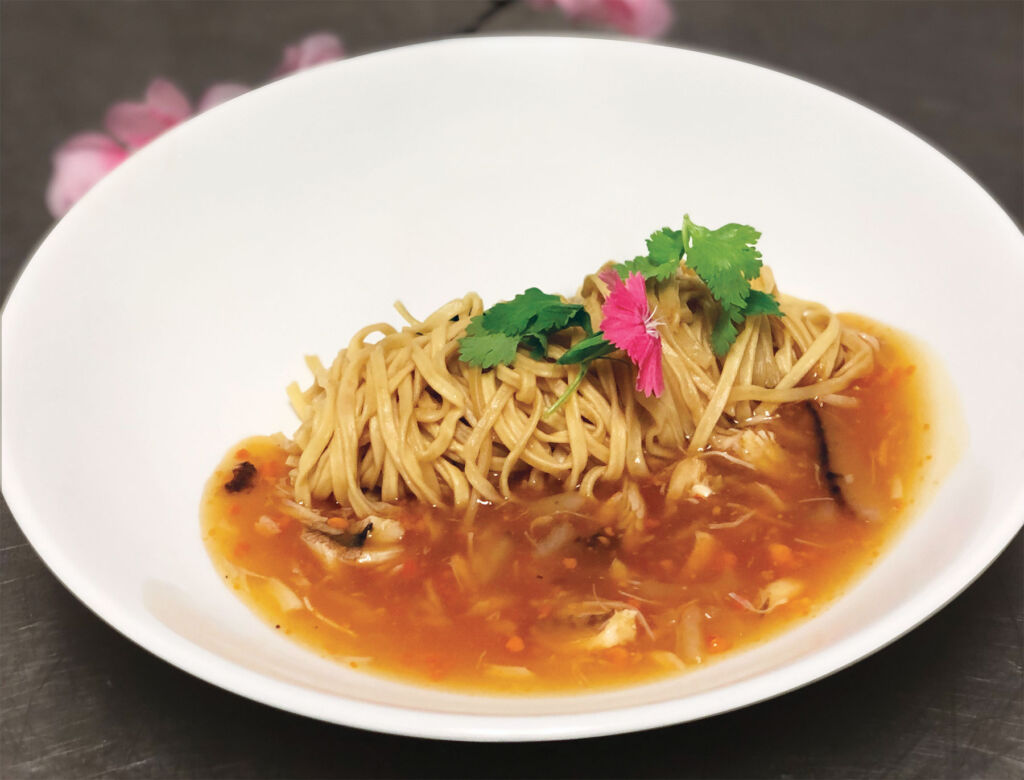 Braised E-Fu Noodles with Alaskan Crab Meat and Roe with Shredded Sea Cucumber was smothered in a delectable sauce, and the e-fu noodles had a soft yet springy bite.

Finally, dessert came in the form of the Sweetened Taro Sago Cream with glutinous rice ball (below) – with just the right consistency and sweetness while the obligatory Nian Gao or Chinese New Year Cake came in the form of a Koi fish decorated with gold leaf, the perfect way to end a prosperous and satisfying meal. 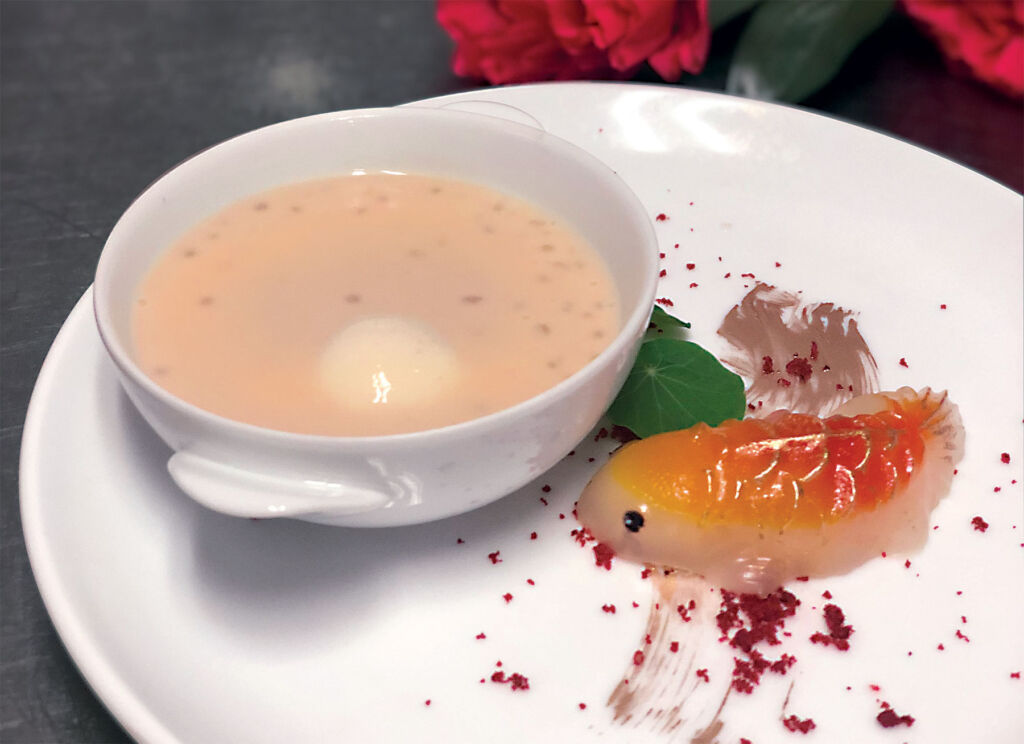 So which one would Chef Chu recommend to a first-time customer or returning diner at the Golden Phoenix?

“My personal favourite would be the Signature Roast Goose with Black Truffle and Golden Dried Scallop Sauce, the Sakura Prawn Fried Brown and White Fried Rice with Cured Duck which is a different take on a traditional dish and the Taro and Asparagus and the Braised Abalone with Assorted Dried Seafood with Baby Chinese Cabbage.”

For further information on the Golden Phoenix pop-up at EQ, please visit www.eqkualalumpur.com.