Scandinavia’s Johan Gustafsson and Patrik Sjögren, collectively known as Gustafsson & Sjögren (GoS) are to the watch world, what Penn and Teller are to the world of magic.

Unlike the aforementioned illusionists, Patrik and Johan create real life magic that you can touch and own, out of the most innocuous materials. Case in point, the beautiful dials on the GoS watches are hand-made made from steel! Some of you reading this might be thinking “So what? I see many watches with steel dials”.

Yes, you will have seen many watches with a steel dial but none quite like the ones from GoS and when you do see one of their watches it will be the only one like it in existence.

The materials used are nothing new, it’s the process which differentiates them from anything else in the market. The ingredients in making a GoS watch dial are as follows: 2 x Skilled people, a liberal dash of brute force coupled with a large dose of finesse, 12 x sheets of steel, and a total of 164 metal layers. 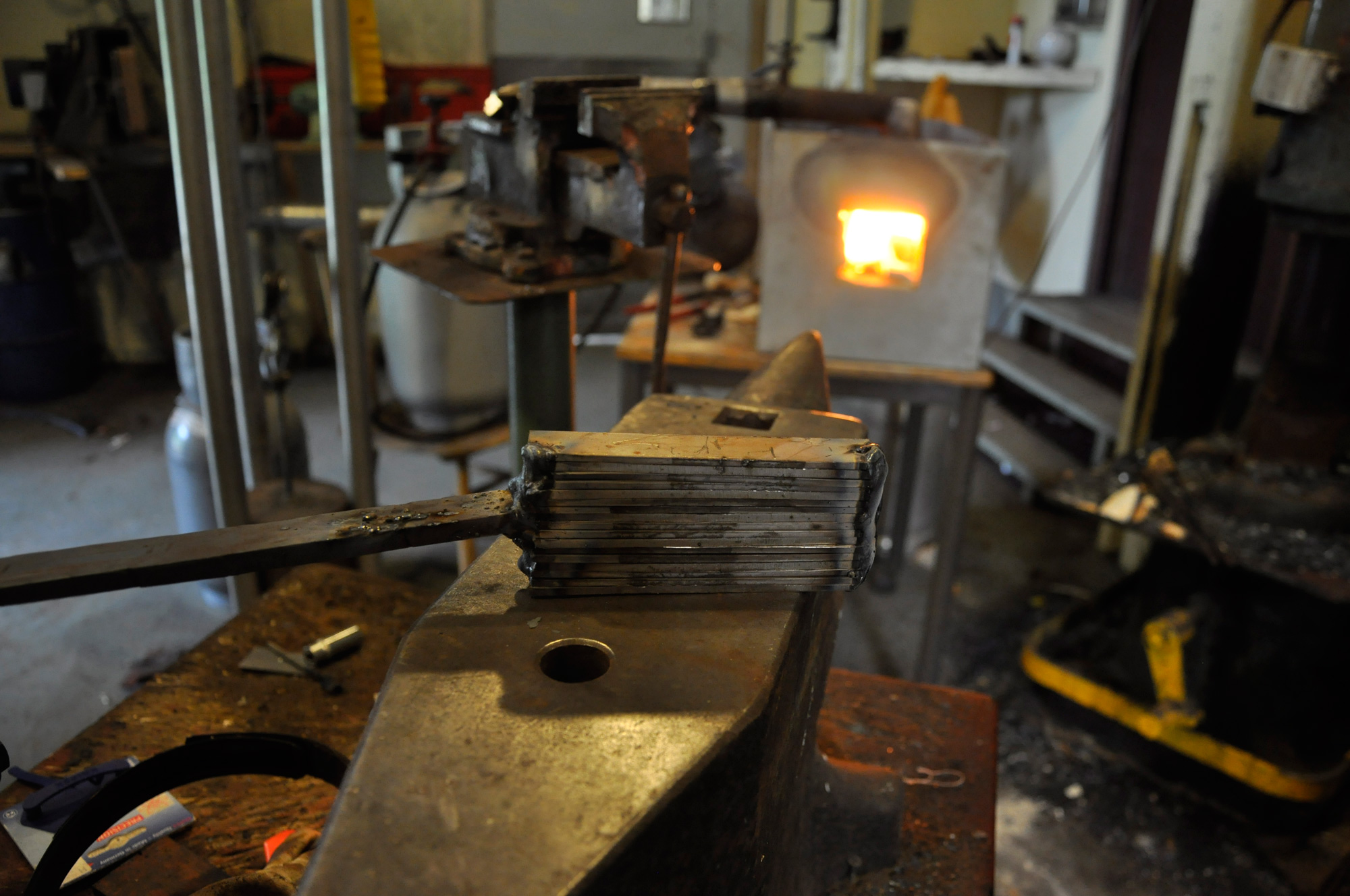 Without going into too much technical detail, the process involves Johan hammering the sheets together, bending them, hammering then once again and this process is constantly repeated to create a metal which is both flexible and strong. It is the same technique used by the Vikings to create their weapons in days gone by.

The distinctive pattern you see on the dials is achieved by removing one or more of the 164 sheets creating minute valleys, ridges and depressions much like a human fingerprint. The process also gives the watch dials their distinctive colouring, in fact, Johan is such a master of this technique that he can create almost any colour combinations you can imagine. 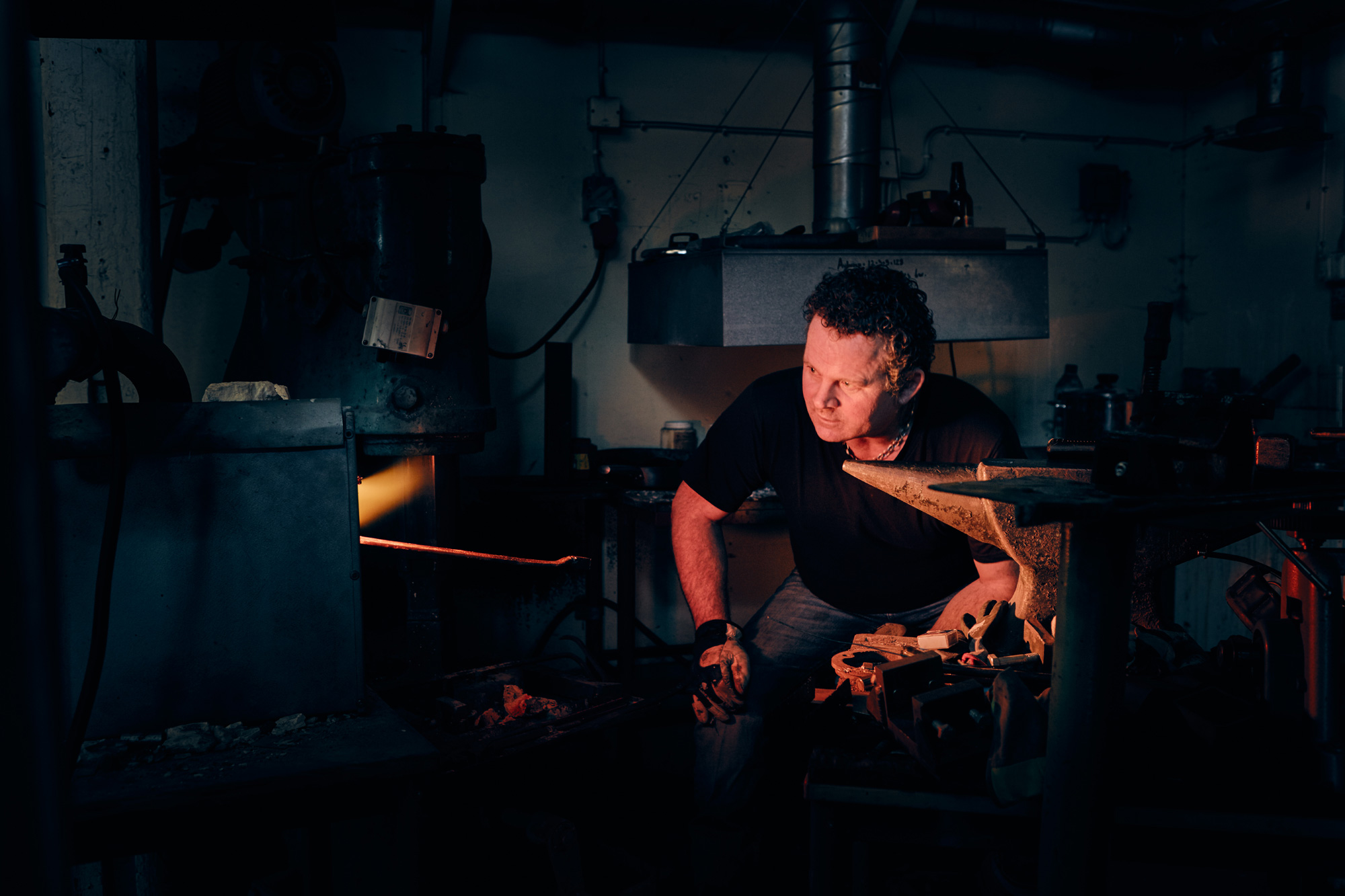 From here, Johan passes the baton to Patrik who uses his refining skills to ensure that the dial looks as beautiful as possible. 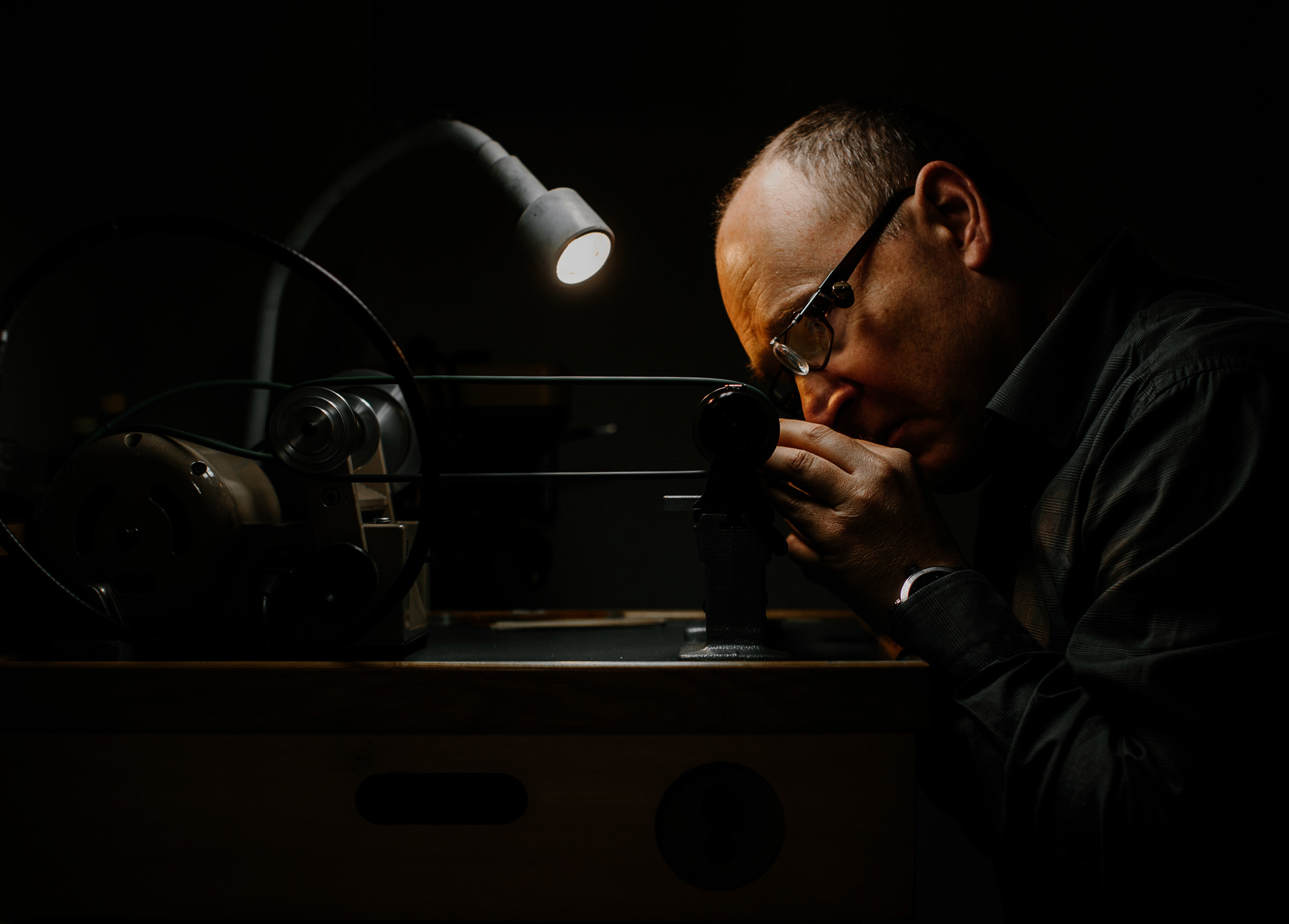 To many who look at the dials on a GoS watch, you’ll generally presume that it is absolutely flat, in fact, it is a combination of tiny ridges, bumps and valleys that is a true 3D dial. This is one of the distinctive traits of a GoS watch, not only is the watch dial different from any other in the world but once the light shines upon it, adopts a new and unique appearance each time. 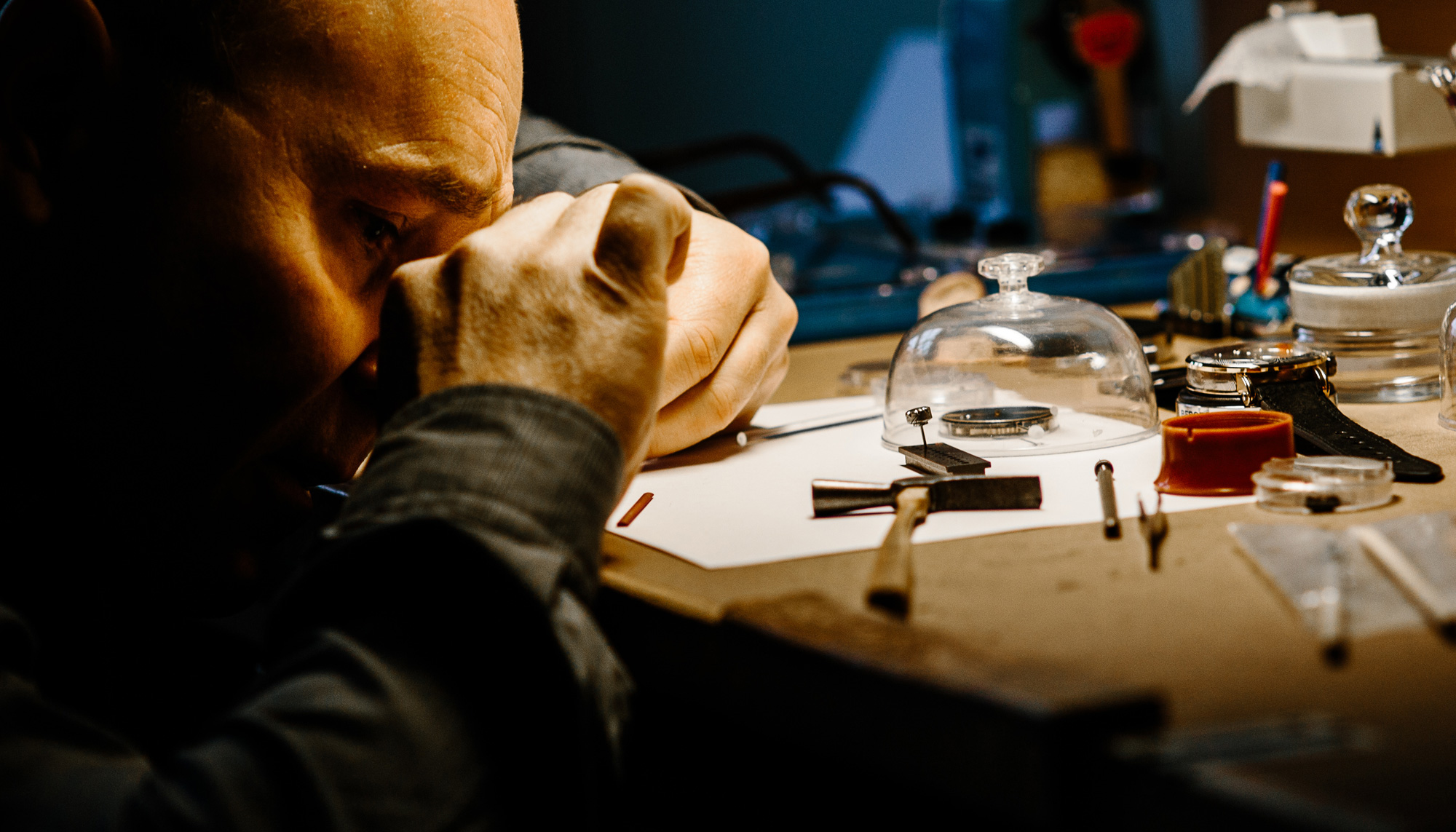 This combination of force and finesse (Patrik and Johan) got together almost ten years ago when Johan a renowned bladesmith had an idea for a new style of watch and got in contact with Patrik, an accomplished watchmaker, together they honed their techniques and the results have been stunning ever since.

Their latest creation is the Sarek, this prototype will have its premiere at Baselworld. This model will be going into production so the market ready version will be slightly different from the prototype Sarek with more pronounced rounding and curved bevelling on the lugs. Aspects such as the crown, which is based on the shapes found in Viking sword handles will be on the production version. 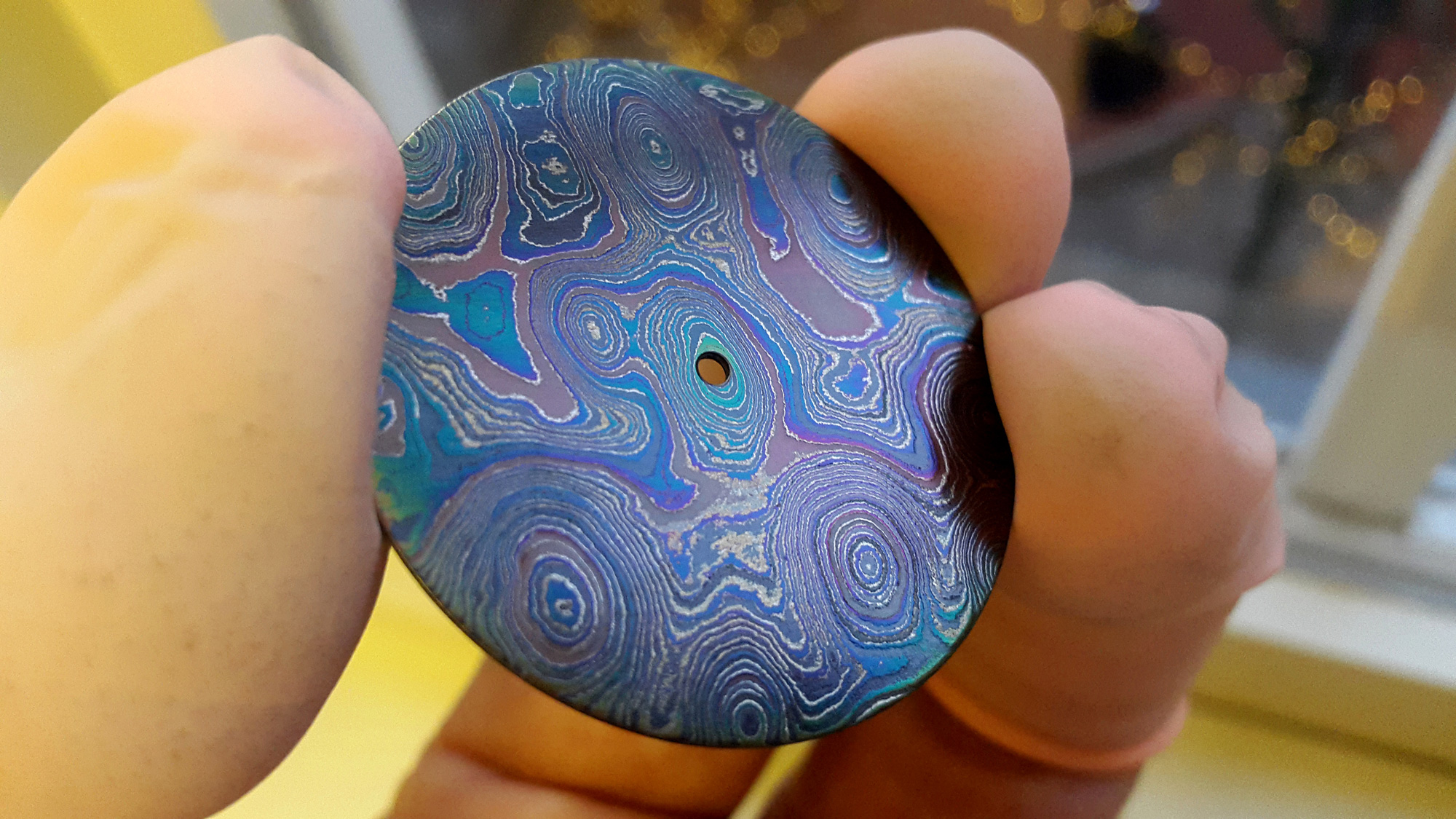 The dial pattern and coloring on the Sarek was inspired by a valley in Sarek National Park in Swedish Lapland. Sarek National Park is one of Sweden’s national treasures, not only is it the country’s most famous national park it is also the home of Europe’s largest species of Moose. Sarek is also home to 100 glaciers and six of Sweden’s 13 highest peaks. Stretching over 2000 square kilometres of majestic and untouched wilderness, its remoteness is matched only by the breathtaking beauty of its peaks, valleys and fast-running mountain rivers.

To complete the tie-in with Sarek National Park, GoS will be using Moose leather straps on the Sarek watch. In addition to this, the Sarek will also benefit from the new GoS hands. These hands will be in high gloss and polished in a Dauphine finish, i.e. with a center ridge, this will make them look more like the arrow and spear heads which GoS has used as an inspiration.

Both the chapter ring and case ring decorations draw design clues found in Viking bracelets and broaches. The rotor on the Soprod A10 movement will be in a GoS triskele design, satinized black with polished bevels, and with a hidden weight.

The GoS Sarek Watch – Where and how

The price to own one of the unique GoS Sarek watches is surprisingly reasonable when compared with other mass manufactured high-end watches particularly when you consider the craftsmanship, time and sheer effort going into these timepieces. 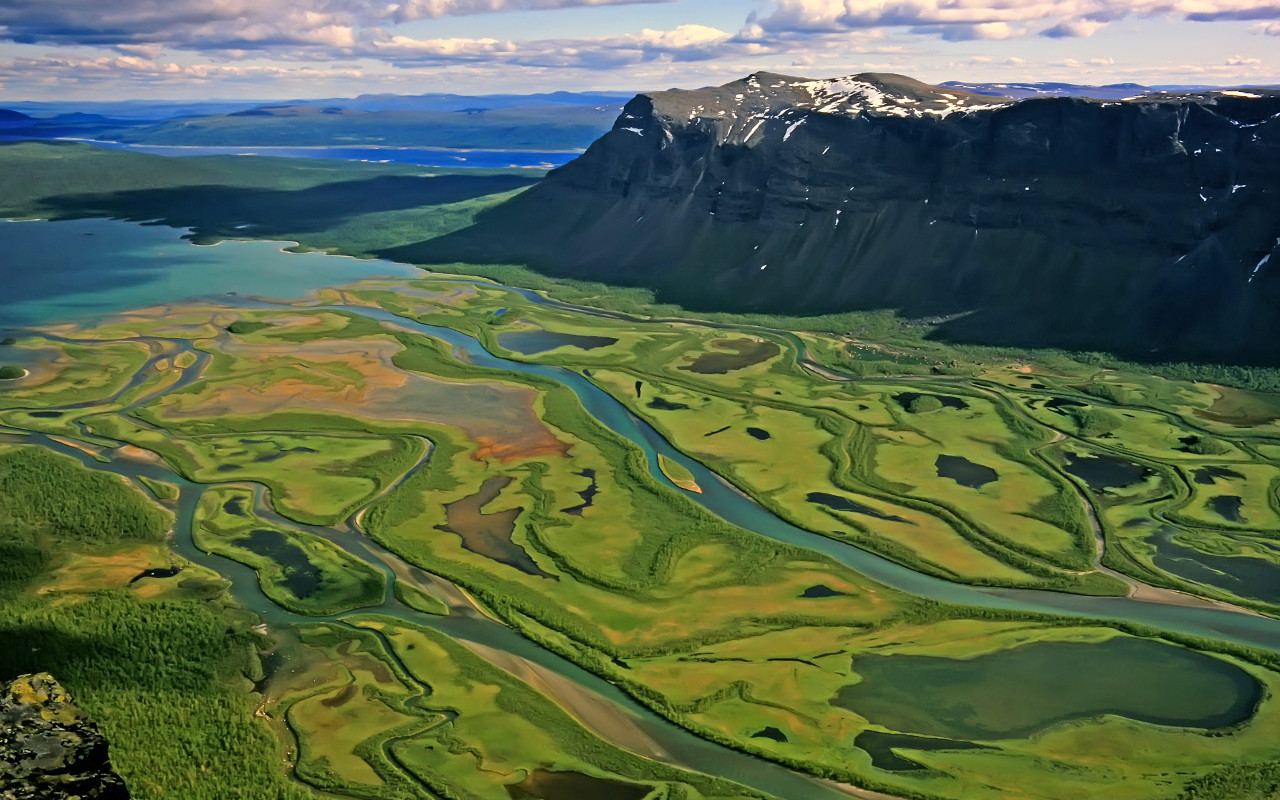