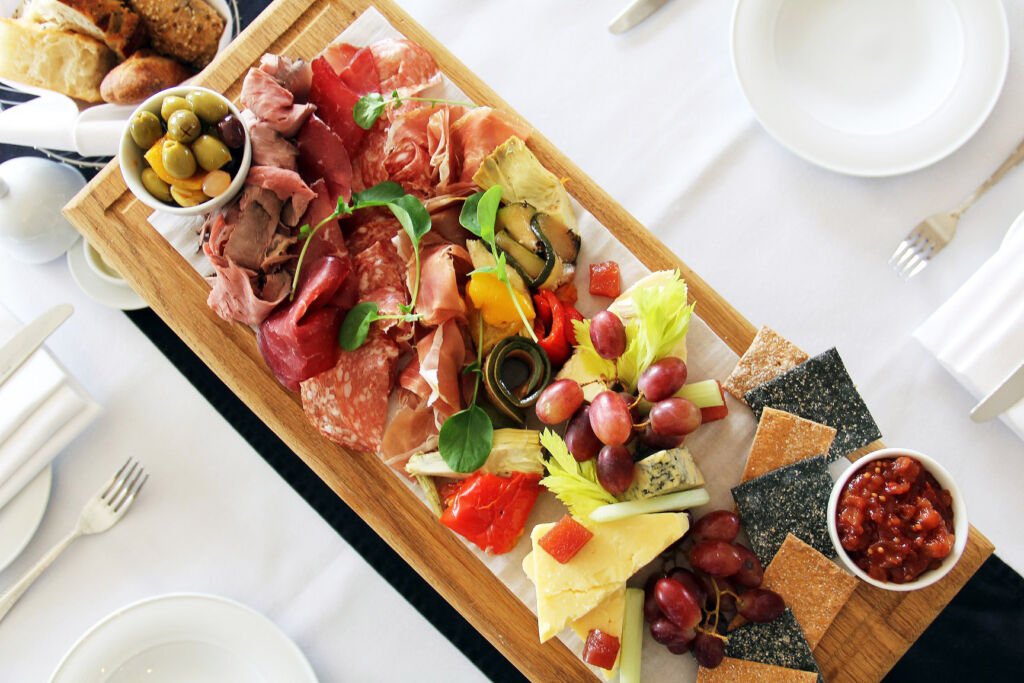 Dining
When it comes to eating at The Grove, there are a few on-site options. The Collette’s fine dining restaurant, which we visited six years ago, is unfortunately no more, and although the new concept is yet to be defined at this venue, it has previously been used to host a pop-up.

However, fear not, as there’s still The Stables at the far end of the West Wing serving steak, burgers and fish, the Potting Shed pop-up in the Walled Garden, and finally, The Glasshouse, where we went to for our buffet-style evening meal.

The latter re-opened in May 2019 following an extensive three-month renovation, which resulted in a complete transformation of the space, and also saw the capacity increase from 170 to around 220 people per sitting. The refurbishment was the responsibility of the award-winning Martin Hulbert Design studio, which has been tasked with The Grove’s interior styling since the property first opened. The décor combines plenty of striking gold features with dark wooden tables and brown leather seating. Plus, it’s dimly lit during dinner, so there’s a slightly romantic feel about it. Furthermore, compared to the previous iteration, the kitchens are much more open and interactive, rather than the team being stationed behind one large counter.

This eatery is arranged on two different levels, so those in the conservatory area have to master a small set of steps when accessing the main buffet on the upper section. However, they do have the edge when it comes to the dessert cabinet which lies just near to the entrance. 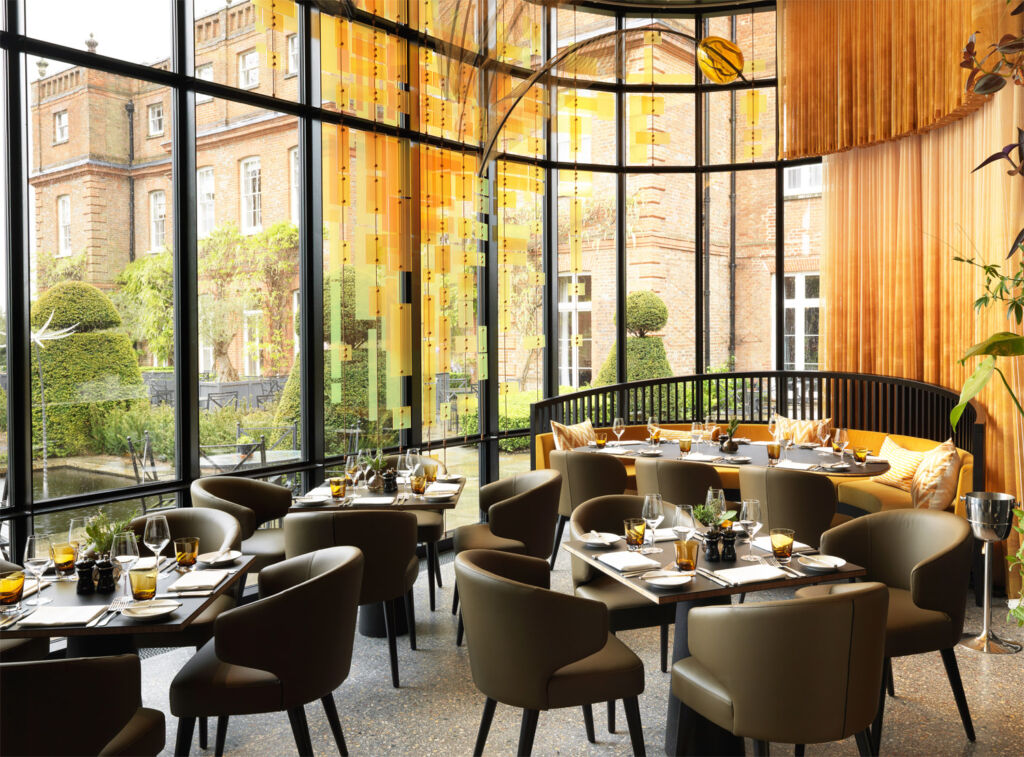 Dinner at The Glasshouse costs £62 per person on a Saturday evening (excluding beverages of any kind), and £49 for the rest of the week. There’s a decent soft drinks and wine list plus the Glasshouse Bar menu to peruse, and we tried a glass of house white (the Moulin de Gassac costing £7.50 each). 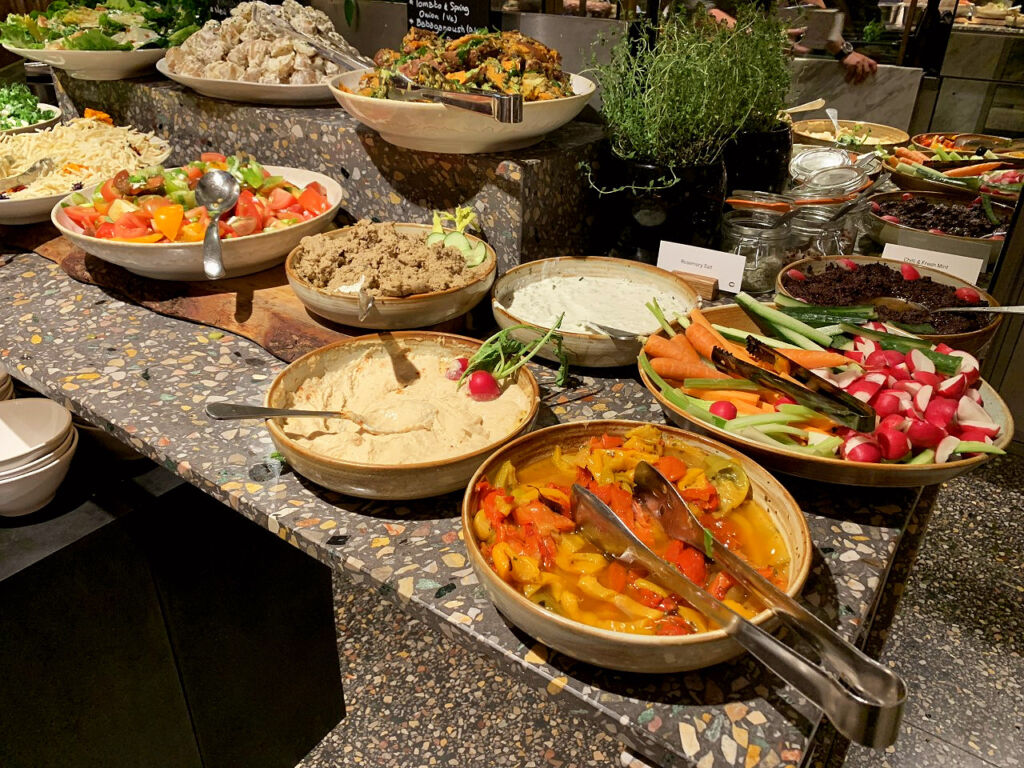 The different stations are laid out fairly clearly, and there are small blackboards describing what everything is plus the all-important allergy and dietary information. The central island houses the sushi station, seafood, salads, antipasti, soup and cheese (e.g. Cheddar and Wigmore). This is bordered by the Robata grill serving marinated meat and fish, and the separate carnivorous area offering the likes of lamb chops with a herb crust (which my other half tried and enjoyed) plus Tomahawk steaks. In the middle of the top section, there’s the newly-introduced stone oven where you’ll find a constant top-up of sizzling pizza slices.