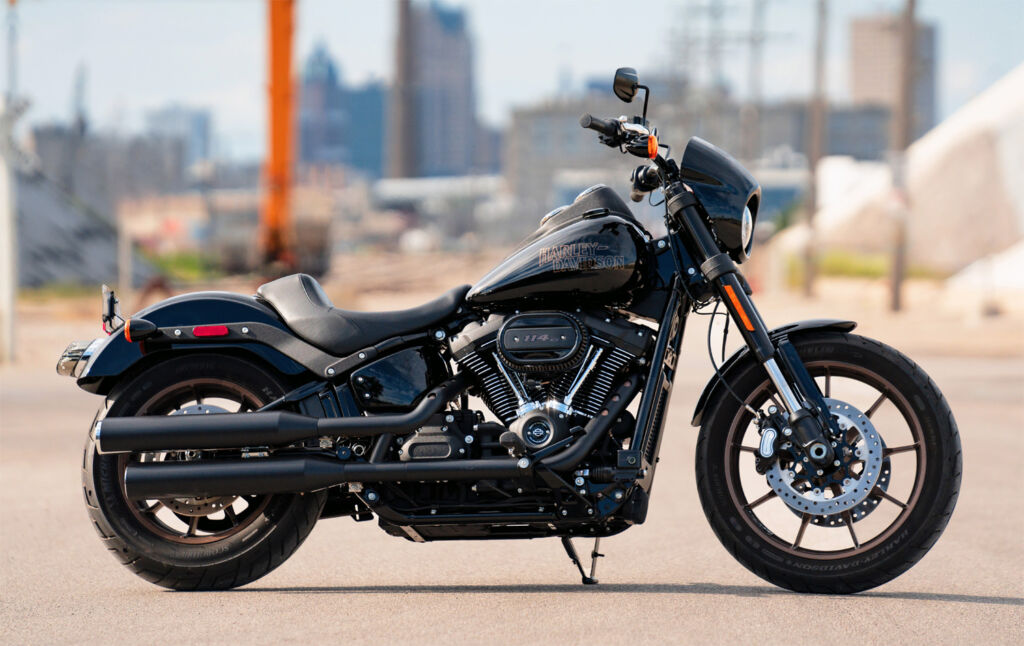 Although the Harley-Davidson Low Rider S contains the word low, Jeremy Webb’s expectations of this stunning looking machine are sky-high. Read his review to discover whether the Low Rider S lives up to his very high expectations.

Harley-Davidson handed the keys to the latest version of the popular Low Rider S to this eagerly awaiting Writer. I then spent many days on it over the two week loan period as I enjoyed it so much. It completely changed my thoughts on ‘Hogs’.

Think of Harley-Davidson, and you picture Peter Fonda and Dennis Hopper in Easy Rider. Two modern-day travellers were roaming the States of the USA.

The iconic American Chopper bike took over from the horse in allowing adventurers to explore the immense prairies as cowboys of bygone days had. 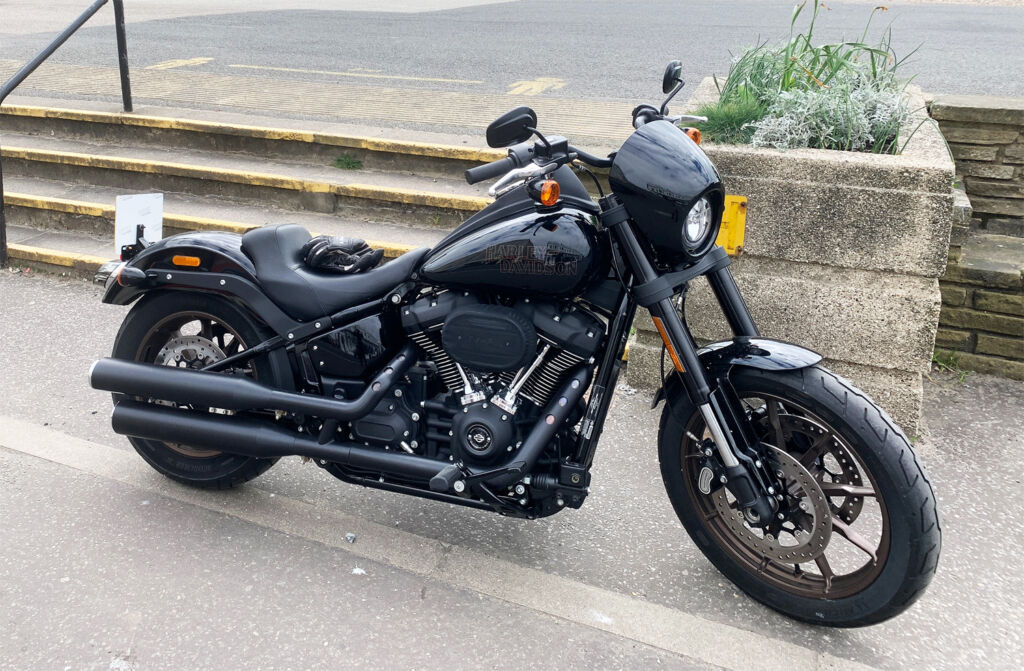 Many motorcyclists have their own opinions of Harley-Davidson’s, and I was one of them until being fortunate to ride a few. My misconceptions fuelled by hearsay have been blasted away.

The electric Livewire I rode was futuristic, fast and fun. The Low Rider S with a 1900cc engine proved equally impressive.

This meaty engine gives you all the performance you will need with quick acceleration and high cruising speeds. It can sit along at 70 mph all day as it was intended to do, or you can blast around A and B roads, giving a great deal of pleasure. 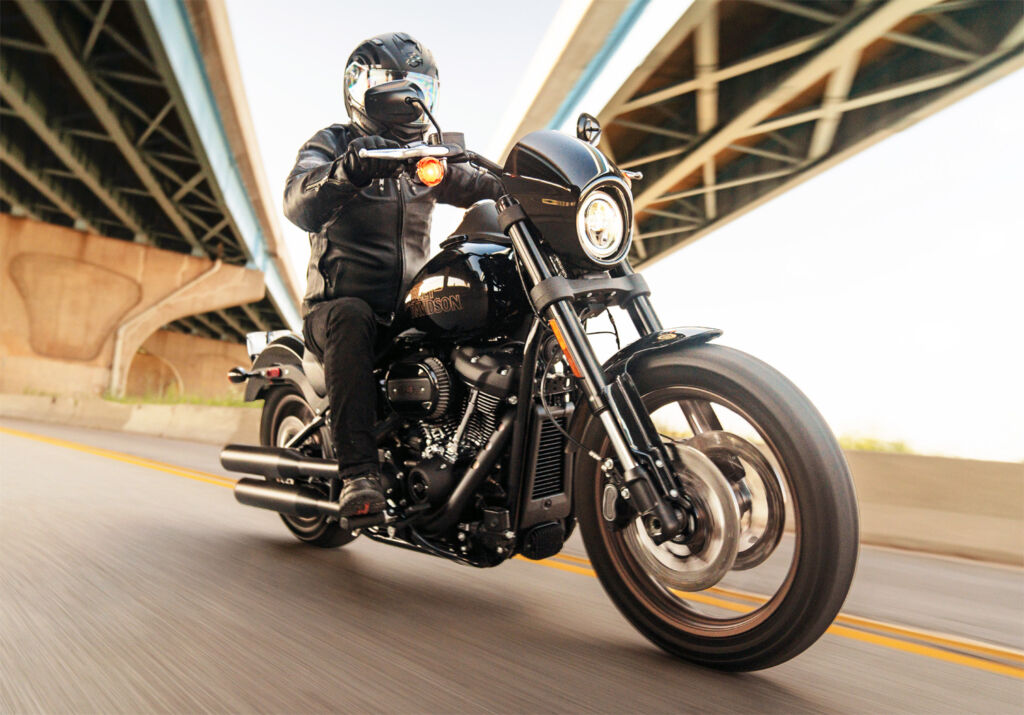 Surprisingly agile for a Cruiser, the Low Rider S handles well when pushed along at speed.

The more I rode it, the greater my confidence grew, finding myself taking bends and roundabouts with high lean angles.

The only thing that stopped me pushing it more into turns was my concern over scrapping the exhaust pipes which sit low on the bike. 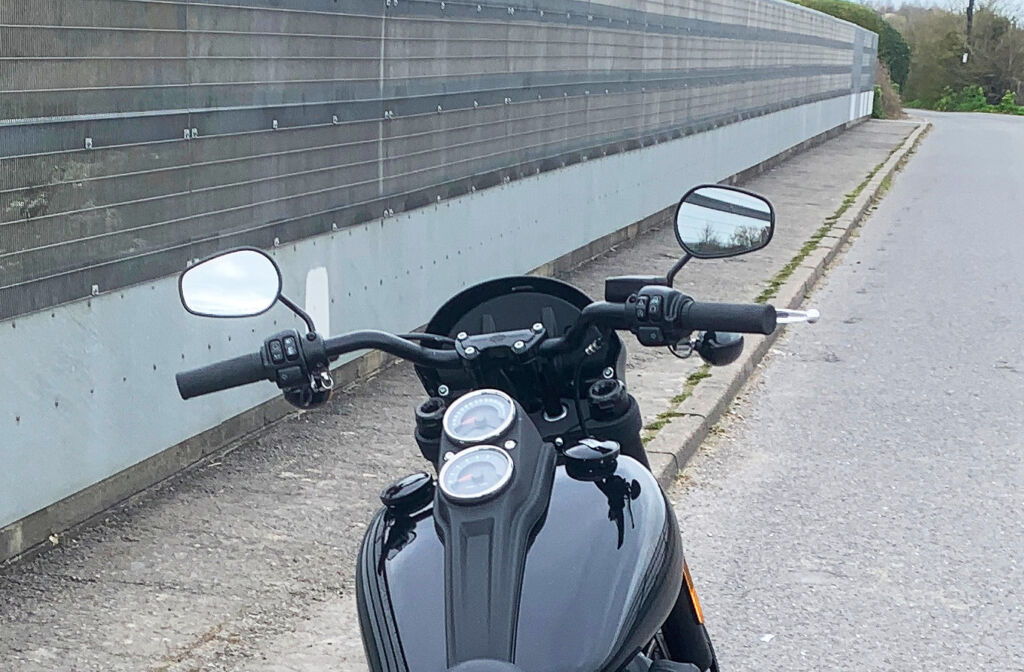 You sit in this bike rather than on it, immediately, you feel comfortable. I felt like Clint Eastwood straddling my steed, relaxing into a well-worn saddle.

Your arms don’t have to strain to reach the handlebars, so the riding position is ideal. On longer rides, I was totally relaxed. My only gripe is the positioning of the instrument displays, which are on the tank. 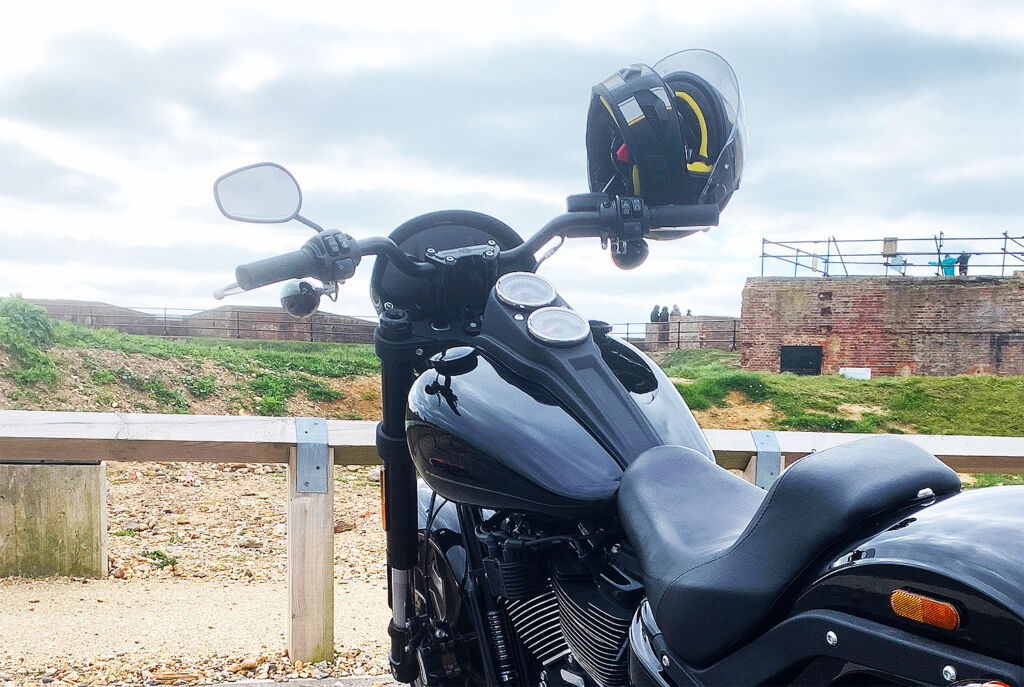 It has two round clock type displays, located in the middle of the petrol tank, sitting below the rider’s natural eye line. You have to look down to check speed, fuel etc. which does distract somewhat when looking ahead.

It would be great to see Harley-Davidson combine modern digital displays with the old look to keep the model’s essence.

I feel they could have fitted a digital panel behind the headlight cowling showing speed, revs and indicator light operation while maintaining the analogue displays. This would allow the rider to glance down quickly to see relevant information. 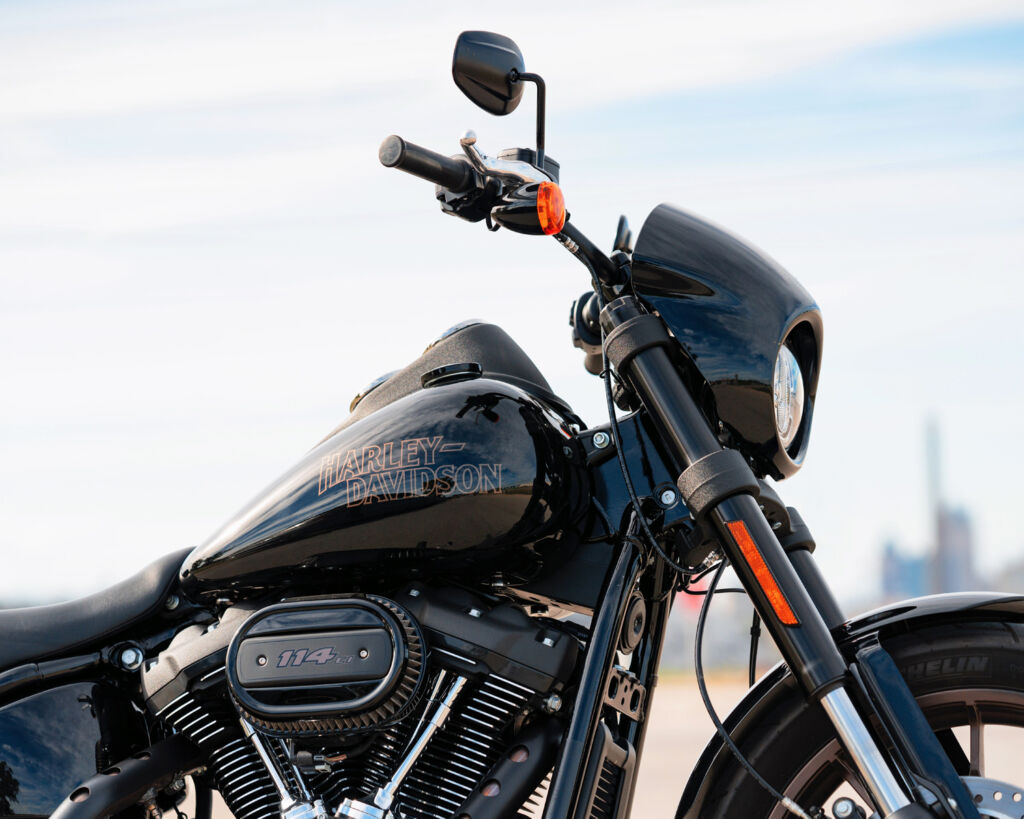 I had a fantastic time on the Harley Low Rider S; if the weather had been better, I would have been out every day on it. It blew me away, and all of those misguided comments from non-Harley owners.

The Iconic brand is clearly taking on the 21st century, the other bike manufacturers and looking to the future. It goes to show never judge a bike by its name. I can’t wait for another HD model to arrive at my door. 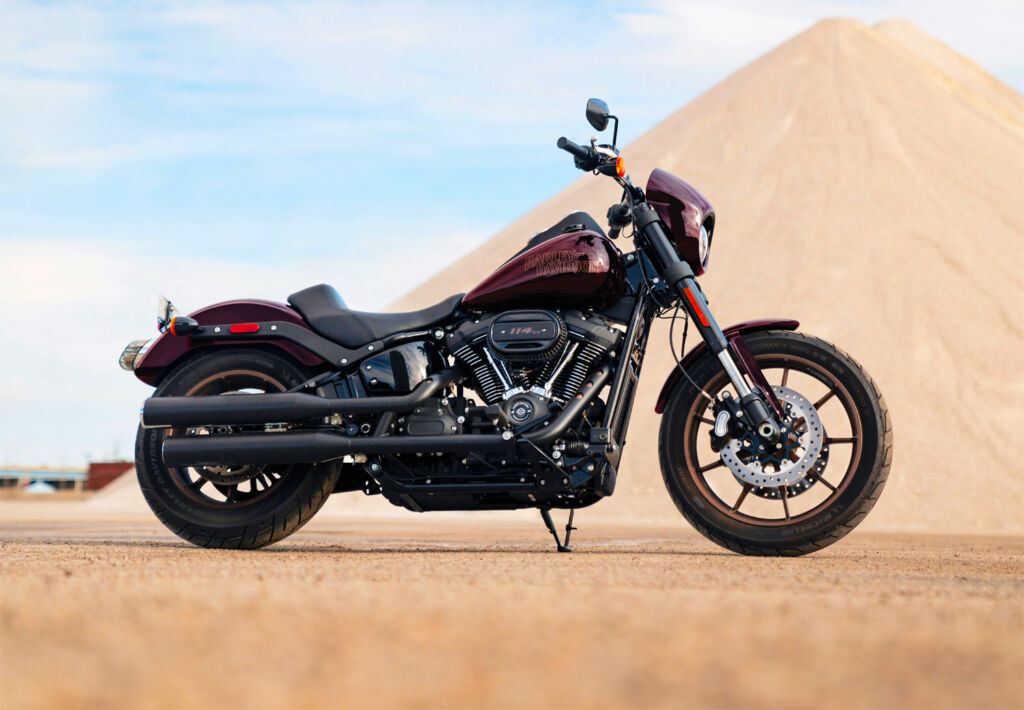 Harley-Davidson Low Rider S – Where and How?

The Low Rider S is priced at £15,000 OTR. More information, including details of options, accessories, dealers etc., can be found at the company’s official website www.harley-davidson.com.

Read more reviews including the Harley-Davidson electric Livewire, Triumph motorcycles, e-bikes and scooters conducted by Jeremy Webb by clicking on his name at the beginning of this article or by visiting our dedicated motoring section here.