Simon Wittenberg takes a look at the addition of the seventh-floor Isabelle Huppert and Thierry Frémaux penthouse apartments to the iconic Hôtel Martinez in the French city of Cannes.

Located on the famous La Croisette Boulevard in Cannes, which attracts the rich and famous to France’s Riviera on the Mediterranean coast, the luxury five-star Hôtel Martinez, which is part of the Unbound Collection by Hyatt, is a lavish property steeped in history.

The art deco-style Grand Hotel, dating back to the 1920s, grew in popularity once the Cannes Film Festival was established in 1946. Since then, Hôtel Martinez has long been associated with movie-making.

Inspired by this decades-long relationship, interior designer Pierre-Yves Rochon has created two spectacular 1,250 square-metre penthouse apartments (amongst the largest in Europe), which pay homage to two icons of the cinematic world, namely the French actress Isabelle Huppert and Thierry Frémaux (below) – General Delegate of the annual Cannes Film Festival. 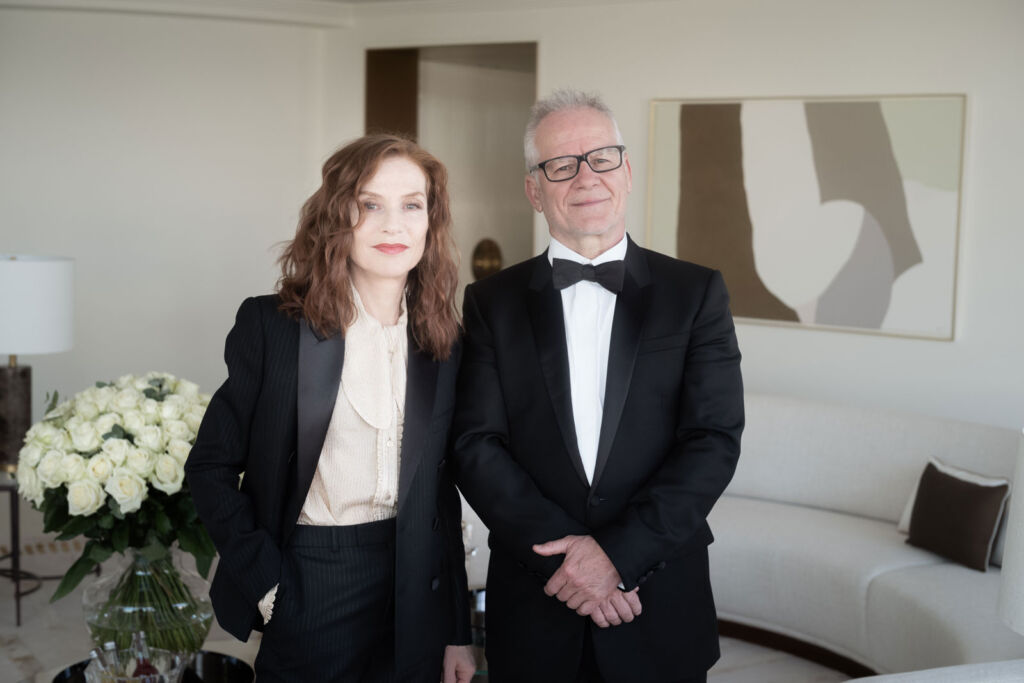 Each comes complete with a panoramic view of the Bay of Cannes, sizeable living and dining rooms, walk-in wardrobes, studies and screening areas.

In the design process, both individuals added their own touches and hints of glamour to the apartments so as to create truly breath-taking living areas, with hand-picked objects, such as books, photos and music playlists, also coming to the fore.

The penthouse inspired by Isabelle Huppert features shades of white and gold, as well as an array of different materials, spanning leather to silk. There are equally custom-made rugs, which blend in with the Cocteau-inspired décor that is awash with natural light.

In contrast, the Thierry Frémaux apartment has a more masculine feel, with bold furnishings and cooler tones, resulting in a more subdued style. For example, the bathroom resembles a celebrity dressing room, whilst the black and white tiling is reminiscent of movie reels.

To create an even more unique experience for staying guests, each of the two personalities has concocted their own scent in conjunction with Mane perfumer Julie Massé.

Isabelle Huppert chose a fragrance with notes of the tuberose flower emanating from Grasse, situated to the north of Cannes. Thierry Frémaux opted for a perfume that boasts elements of cypress, cedar and fig leaf.

What’s more, those lucky enough to reside in the penthouse apartments will be treated to a bespoke menu of mouth-watering delicacies conceived by the renowned Christian Sinicropi, the Executive Chef of La Palme d’Or restaurant at Hôtel Martinez.

Hôtel Martinez in Cannes – Where and How?

Explore Lisbon Like a Lisboeta for the Most Authentic City Experience