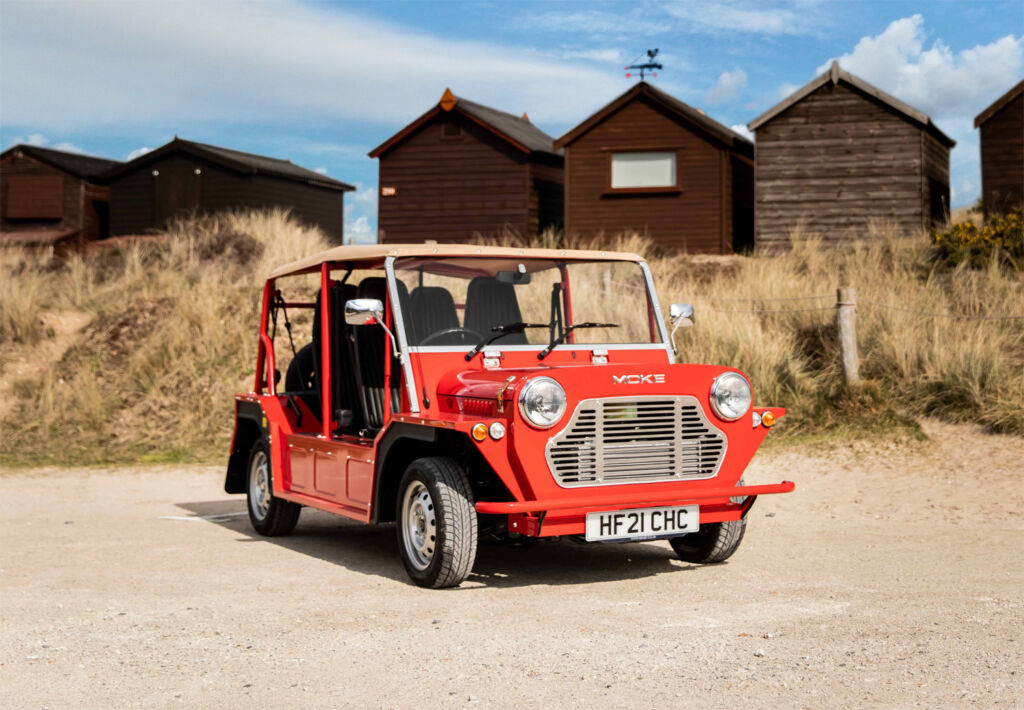 MOKE International have announced that their order books are now open, which means you can get behind the wheel of a British motoring icon just in time for the hot summer months and revel in some coolness and freedom.

If you’ve gazed out of a window in the UK recently, you can’t but have noticed the return of the long-awaited sunshine. With temperatures set to increase and restrictions easing, the big question on many minds is how to make the best of it. Well, one answer could be some open-top fun in a MOKE, and the good news is the order books are now open!

It was just last year that news broke regarding the return of MOKE, writing a new chapter in one of Britain’s best-love automotive stories. Since its launch back in 1964, the MOKE has become somewhat of a cultural icon. Everyone from the Beatles to Brigitte Bardot and the Beach Boys has experienced at least one. 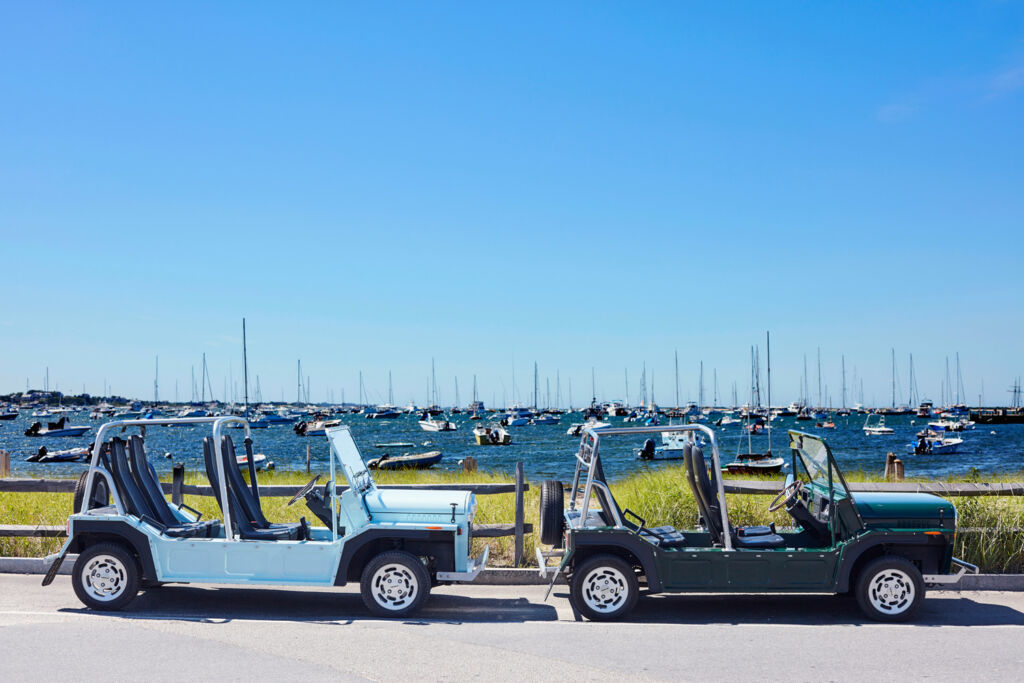 It inspired generations by appearing in no less than four James Bond Films, and even today still captures the attention of well-known people such as Gwyneth Paltrow and Kate Moss, who have joined in with the fun.

The MOKE is an open-topped vehicle that screams ‘cool’. All thanks should go to Alec Issigonis (Sir Alexander Arnold Constantine Issigonis) for having the original vision to create a motor vehicle that was robust enough to be deployed from an aircraft whilst being perfectly at home with the glitterati. 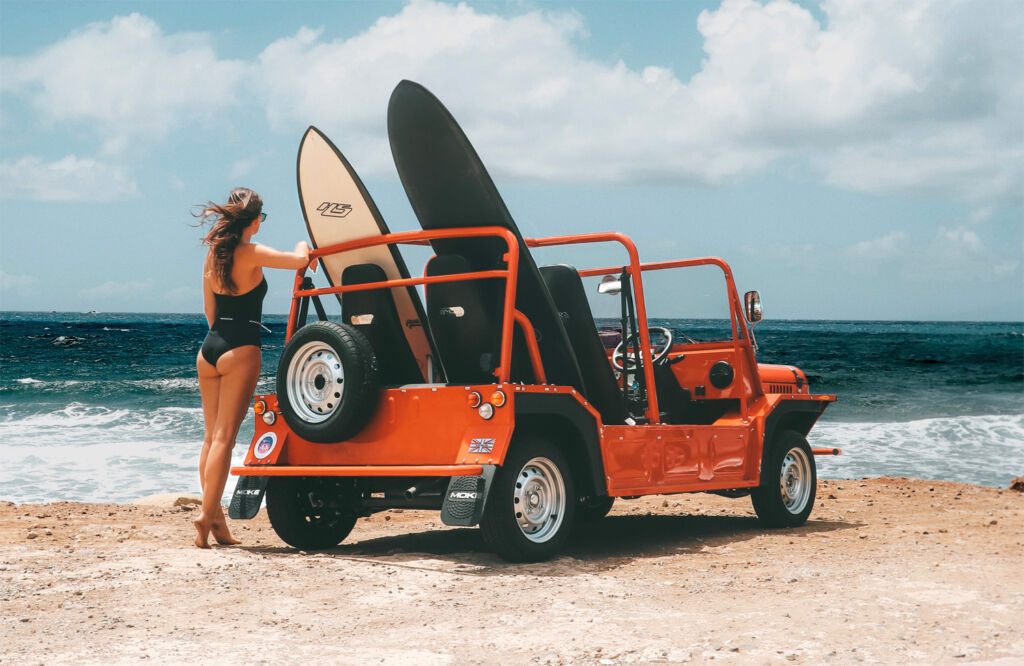 The design of the MOKE captures attention whenever it is seen. In fact, it will garner as many admiring gazes from the general public as the most outrageous supercar (minus the expletives, hand gestures and condescending comments.)

The revival of the MOKE has brought with it a wide range of customisable options. Customers can specify individual shades for the chassis, bumpers, front grille and central bars from fourteen colours. This allows owners to create a vehicle that perfectly reflects their personalities.

Although, to most people’s eyes, today’s MOKE’s look like a car from bygone days, its engineering and performance are far superior. The resurrected MOKE has a new 4-cylinder fuel-injected engine, uprated suspension and brakes and the option of either manual or automatic transmission.

In addition to the aforementioned mechanical upgrades, it’s also slightly larger inside, meaning extra comfort. There have also been some extra luxuries added that was sorely missing from the original incarnations, such as a heated windscreen and power steering.

The Moke is a great way to make the best of the warmer months. If you’re after something that has the allure of a vehicle ten times the price and something people of all ages will adore, the MOKE is the car to have. 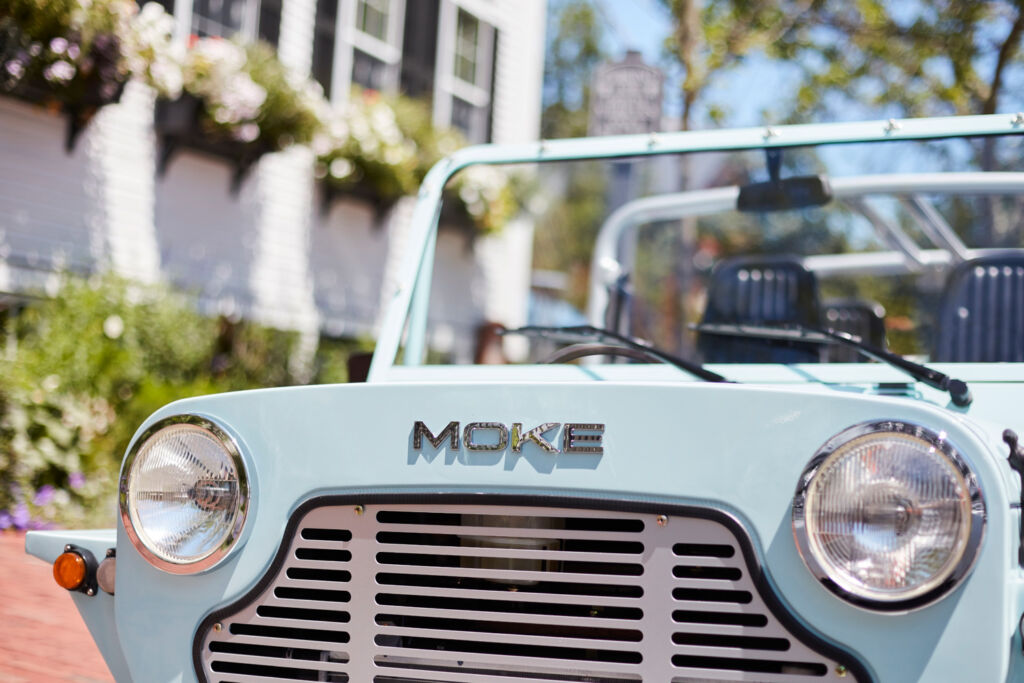 Ordering information and specifications
If the above has whetted your appetite and you feel you are worthy of joining the uber-cool set, if you act fast, you could be lucky enough to collect the keys today! Prices start from £23,950 (inc. Vat), and buyers should register their interest at https://mokeinternational.com/customise.

If you’re one of the few who’s new to the world of MOKE, read this interview we did recently to learn about its history and the people behind its resurrection.