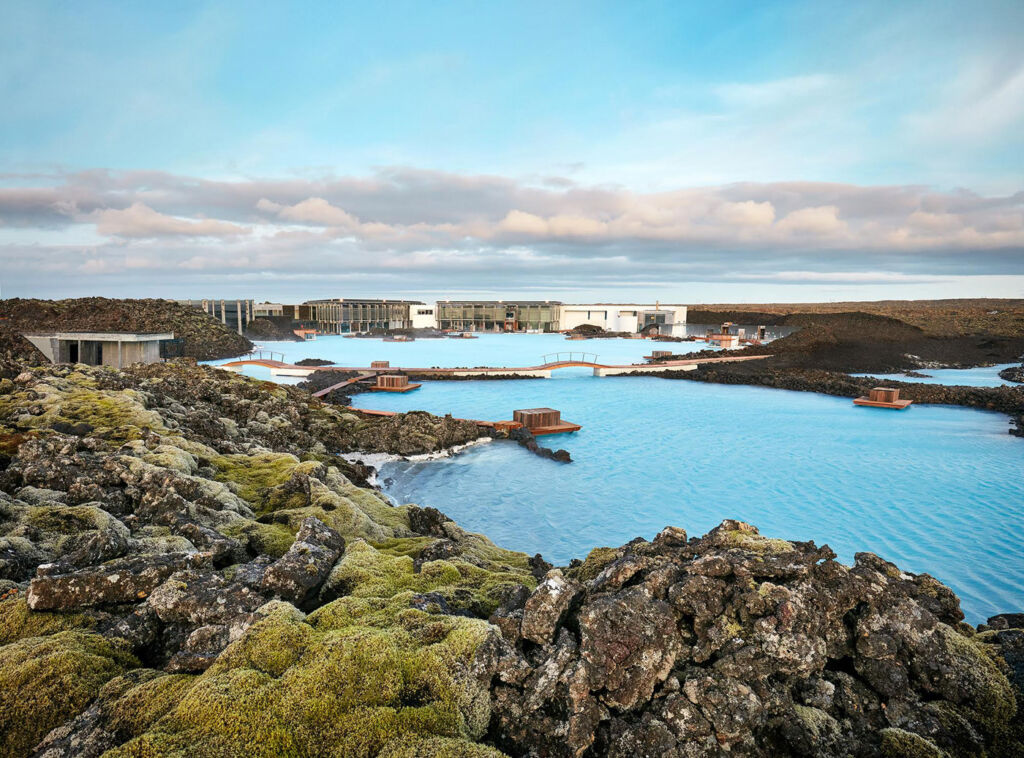 Simon Wittenberg travels to an 800­-year-­old Icelandic lava field to experience mineral-rich waters and luxury at Silica Hotel next to the Blue Lagoon.

Overview
Located in a UNESCO Global Geopark, the Blue Lagoon is one of Iceland’s main tourist attractions, with over one million visitors every year. Listed as one of the 25 Wonders of the World by National Geographic, It’s surrounded by a moon-like landscape and Mount Thorbjorn (Thorbjarnarfell), a 24,000-year-old extinct volcano. Those that climb it are rewarded with views of the Reykjanes Peninsula and Snæfellsjökull, a 700,000-year-old glacier-capped stratovolcano.

To dispel any geographic preconceptions that you may have, the Blue Lagoon is a man-made attraction, rather than being one of nature’s creations. After the Blue Lagoon company was formed in 1992, the lagoon in its current iteration opened in 1999 and measures 8,700 square metres in size.

With an all-year-round temperature of around 102°F (39°C), the blue mineral-rich water is milky in appearance due to the high silica content and is known to prevent premature skin ageing and help treat conditions such as psoriasis. Although the water renews itself completely every 48 hours, bathers showering prior to entering the lagoon is essential, as chlorine, as you would find at a regular public swimming pool, cannot be used to clean it.

For those who have the means to stay at the Blue Lagoon, there’s either the 62-suite Retreat Hotel and Spa (Iceland’s first five-star and most luxurious hotel) or the more intimate, single-storey Silica Hotel which is a short drive away from the Blue Lagoon. The architecture of the latter is contemporary and minimalist, without being intrusive on its surroundings. It only has 35 rooms and is encircled by geothermal water (not suitable for bathing) and the rugged moss-covered black lava rocks. 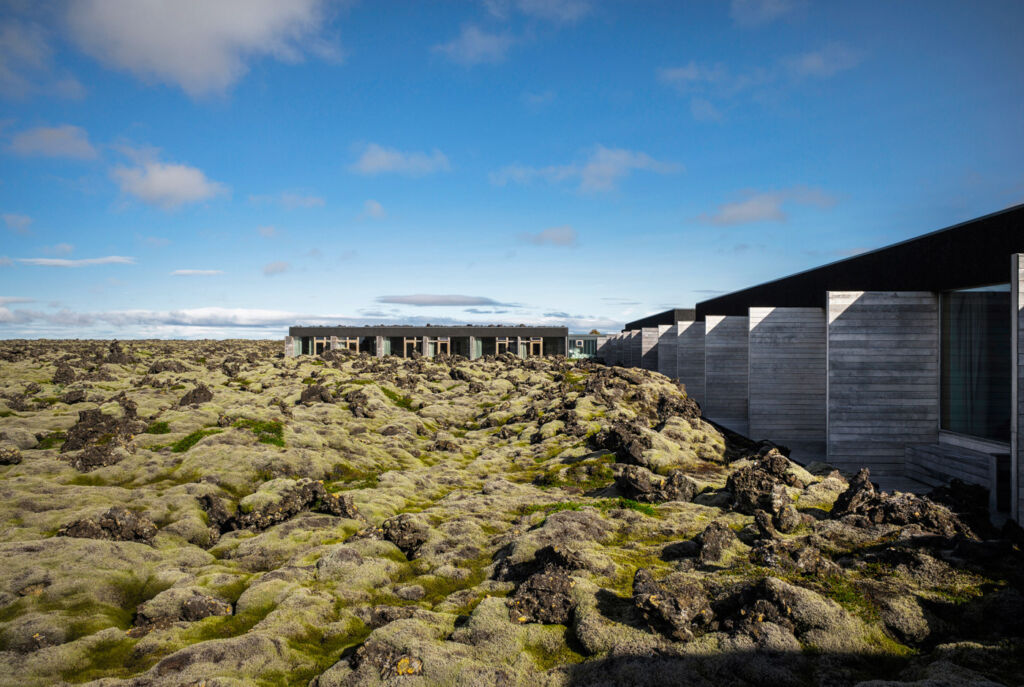 Resting
Three classifications of accommodation are available at Silica Hotel, which is namely Lava Deluxe, Mountain Deluxe and Silica Deluxe, and each offers its own respective outlook. We stayed in number 34, a 26 square-metre (280 square-foot) Silica Deluxe room costing ISK 84,700 or around £530 per night. It was located as far away from the reception area as you could get, which meant that it was a relatively quiet spot.

The décor was what can be described as simple in appearance, rather than being luxurious (you would expect it to be far more plush for the cost of staying here). Opening the thick floor to ceiling curtains revealed a view overlooking the five square-metre wooden veranda and a small pool of water (which they surprisingly market as a lagoon). 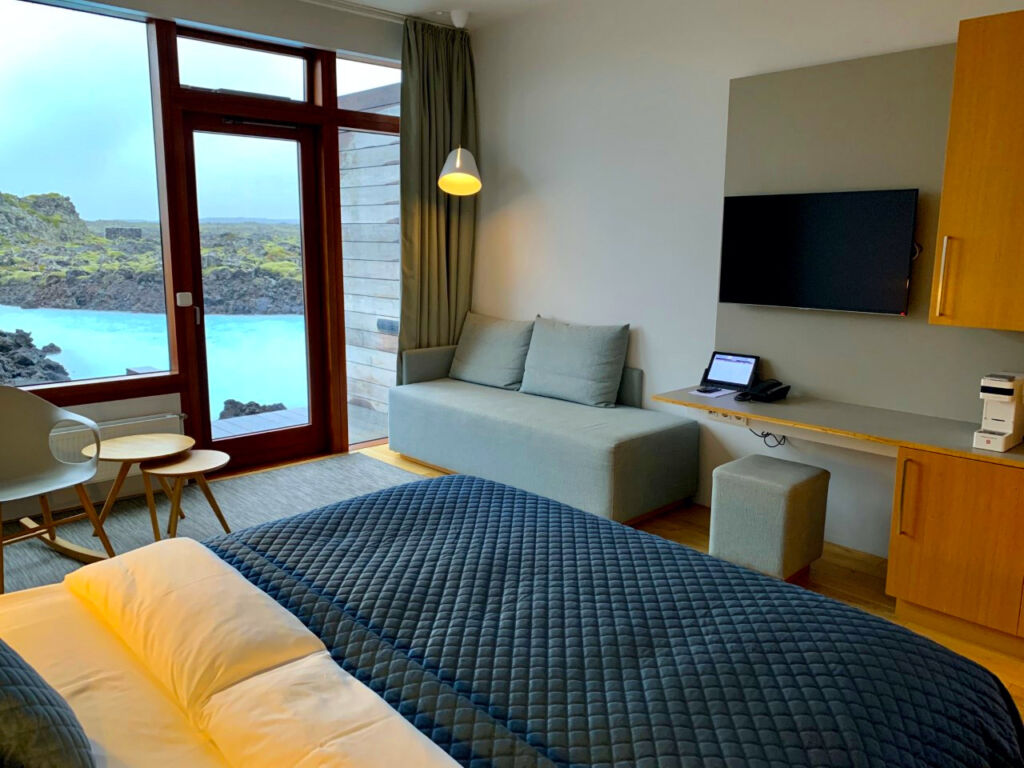 The main features of the Silica Deluxe room included a king-sized bed, a desk area with an information touchscreen, select ambient lighting and a marble-clad walk-in shower with underfloor heating, dressed with nicely-scented Blue Lagoon soap and body wash. 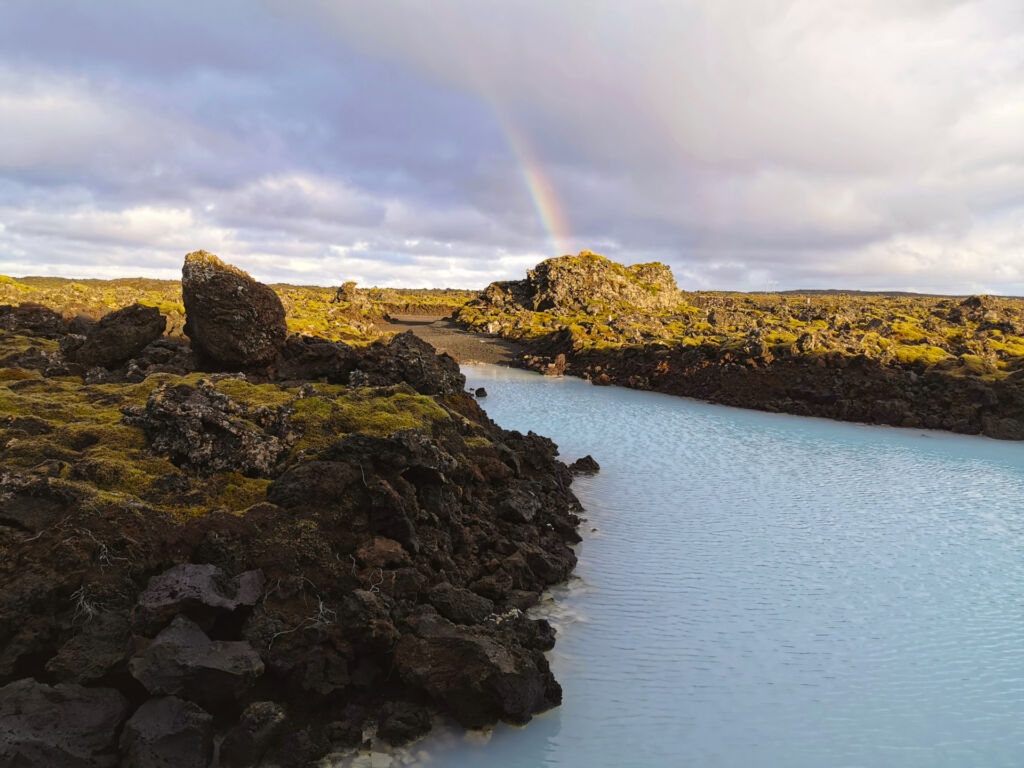 The advantage of staying at Silica Hotel is that you have the best of both worlds, as you can experience the same waters as the neighbouring lagoon with greater peace and tranquillity, away from the masses, plus the room also offers a complimentary Premium Pass for entry to the Blue Lagoon (worth around £100 per person). This includes a couple of mud masks, a drink and use of a bathrobe, towel and slippers.