Sabi Phagura speaks to Ilaria Tosato of Villa Pinciana to learn about her journey to becoming one of the leading women in an industry seemingly fronted by men. In this interview, Sabi learns how she started, the wines produced at the estate, its greatest achievements and what plans she and her team have for the future.

Ilaria Tosato’s life as a child was divided between the familiar landscape of the Maremma with its holm-oak woods and pine forests and Rome, where she graduated in statistics. She then went on to specialise in economics in the United States before moving to London. But plants with ancient trunks are deeply rooted, which is why, having married Massimo Tosato, Ilaria set to work on her project, which would become the splendid Villa Pinciana producing high-quality wines.

Luxurious Magazine: Italy is known for its good food and wine, but we don’t often hear about women running wineries. Why do you think that is?
Ilaria Tosato: It used to be like that, but I am not sure that is true anymore. The number of women running wineries has been increasing since the ’80s, especially among the younger generations. 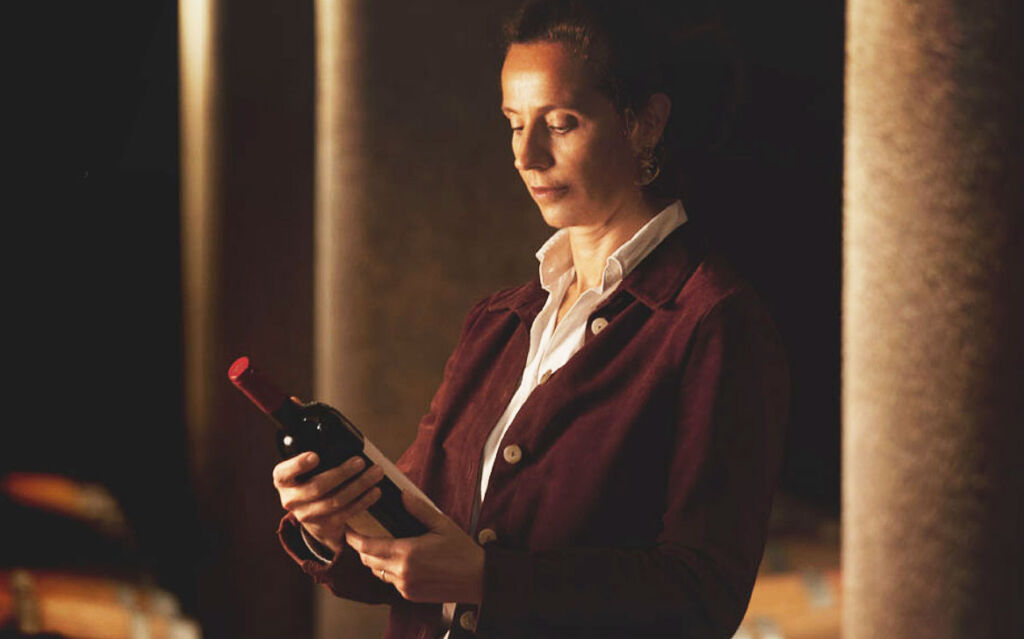 Traditionally many wineries were run by couples or father and daughter. Italian tradition dictates that the head of the family is the man, but I believe the women were more discreet. There are examples of this; three sisters run Antinori while the best Italian grappa Nonnino has always been in the capable hands of women.

LM: Is there anything about the wine industry that puts women off from running wineries?
Ilaria: As mentioned, quite a few wineries are now run by women. You might see fewer of them working in the field or the winery because the cellarman is a physically demanding job. On the other side, there are more and more women as an oenologist, in communication and events. LM: How did your journey start, and when did you first become interested in wine?
Ilaria: For a long time, parts of my family have worked in agriculture -my grandparents owned the first developed nurseries industry in Italy: Sgaravatti Vivai, and my mother is a garden designer. As a young girl, I dreamed of developing my agricultural project. In the late ’90s with my husband, we finally found the land that allowed me to implement my long-term project. It was ideally suited to become a vineyard, allowing me to create an artisan boutique winery. LM: Villa Pinciana is an estate of 63 hectares; tell us about the grapes you grow here and what wines they produce?
Ilaria: Our vineyards and winery are located in Capalbio, Maremma, the southern part of the Tuscan coast. We produce circa 40,000 bottles per annum, in four labels, two reds and two whites, with autochthonous grapes such as Sangiovese, Pugnitello and Vermentino to give a sense of origin to the wines and international grapes, like the Cabernets, Petit Verdot and Viognier.

The Airali is a blend of local Vermentino and Viognier to give it more complexity to a fresh white wine. Viognier surprises many as it is quite rare to taste a 100% Viognier from Tuscany.

Tilartia has been produced since 2011, and it is a blend of four grapes: Cabernet Sauvignon, Sangiovese, Cabernet Franc and Pugnitello. It is a good easy everyday wine with a very convenient price-quality ratio.

Terraria, our flagship red wine, has been produced since the beginning of our project, first bottled in 2006. It is our super Tuscan, a blend of three grapes: Sangiovese, Cabernet Sauvignon and Petit Verdot.

LM: We understand you have a very special fan who was served your wine on a flight in 2012. Can you enlighten our readers as to who that was?
Ilaria: We were very honoured that our flagship wine Terraria 2012, was chosen for the private flight of the Pope. As you can imagine, the selection process was very hard. It took almost a year of pre-selection before we were contacted by Alitalia, with the news they had chosen Terraria for the special flight to Mozambique in 2019. It was the Pope’s first flight to Africa in many years. 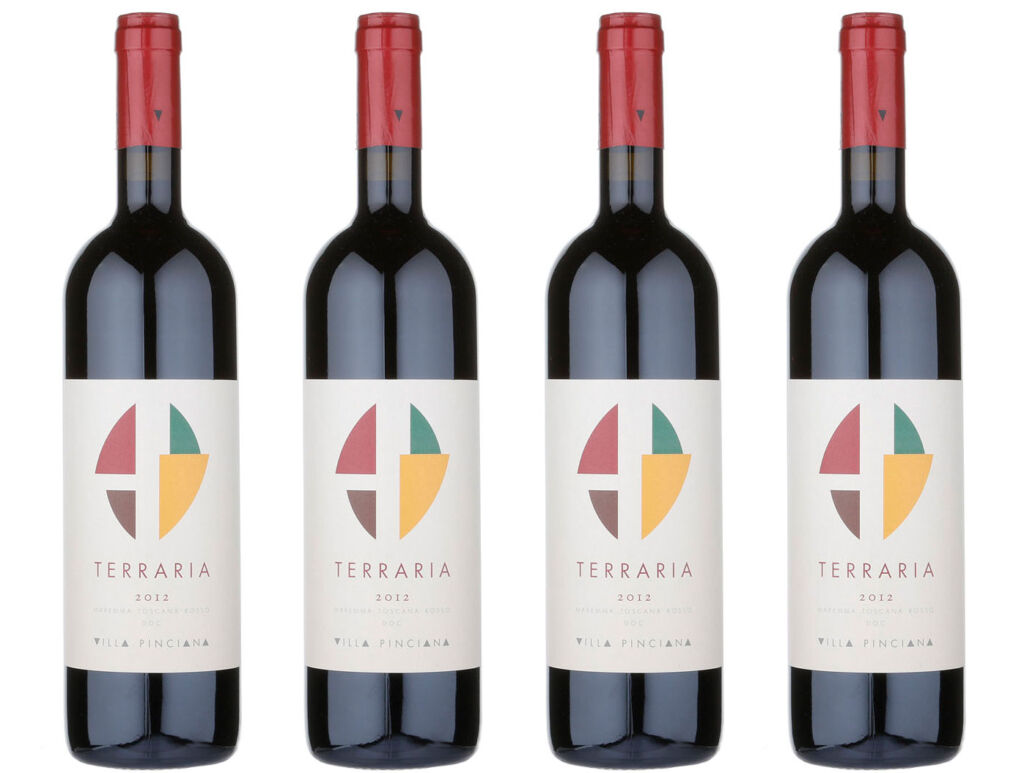 LM: Tell us about some of the awards your wine has won so far.
Ilaria: We are thrilled by the gold award from the International Wine Challenge and in particular for the Platinum from Decanter: Over the course of two weeks, 280 of the world’s top wine experts blind tasted close to 17,000 wines. This culminated in the 148 Platinum medal. Only nine per cent of these were Tuscan wines, and Terraria 2013 was among them. 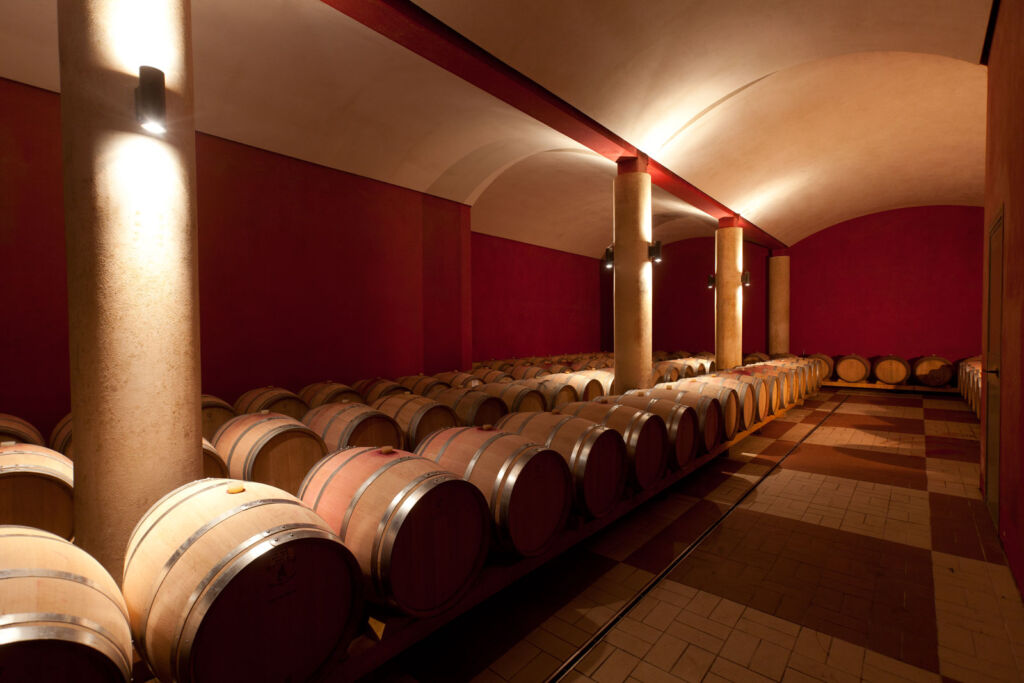 LM: How has lockdown affected your business?
Ilaria: Lockdown has been very bad for business. As a boutique winery, our distribution channel was linked mainly to HORECA (Hotel, Restaurant, and Catering Services) and not to the GDO. With all restaurants and hotels closed worldwide, you can understand the business came to a quasi-stop. Fortunately, the market is slowly recovering, and we can look to 2022 with more hope.

LM: Where in the UK can we expect to purchase wine from your vineyard?
Ilaria: I am lucky enough to have a very specialised distributor Independent Wine where customers can purchase our wines. In addition, they can find out more about the vineyard via our website www.villapinciana.com/estate/.