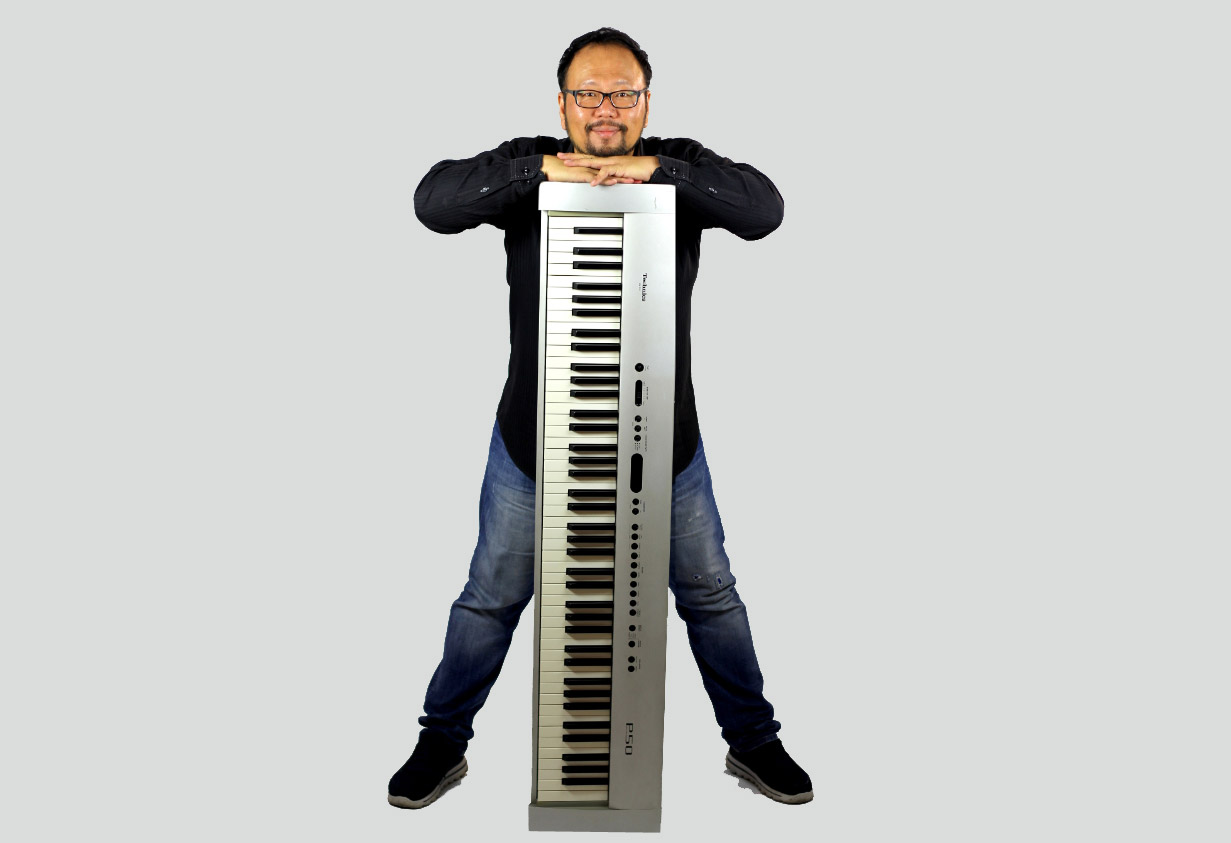 Malaysia singer and musician Jinx Chin came to our attention through his viral cover of the Michael Buble song “I just haven’t met you yet”. Haven’t met us yet? – We needed to address this so arranged an in-depth interview with the man behind the video.

We would like to start things off by letting everyone know why we decided to conduct this interview.  We can’t remember who exactly it was, but someone sent us a link to a video on Youtube and said: “You’ve got to watch this, it’s brilliant!”.

Thinking it was just another video clip with someone doing a silly stunt, we were surprised to see a music video of either one or five similar-looking men having a great time and performing an acapella rendition of Michael Buble’s song ‘I haven’t met you yet’.

The wonderful soulful voice aside, the best thing for us about this video was it made us smile, then it made us laugh so we watched it again and again before sending onto other people we know that also experienced what we did.

Before we talk about the video, we’d like to know a little more about you – where were you born and where did you grow up?
Jinx Chin: I was born in Penang, and I grew up in Penang, KL, and Kota Kinabalu. 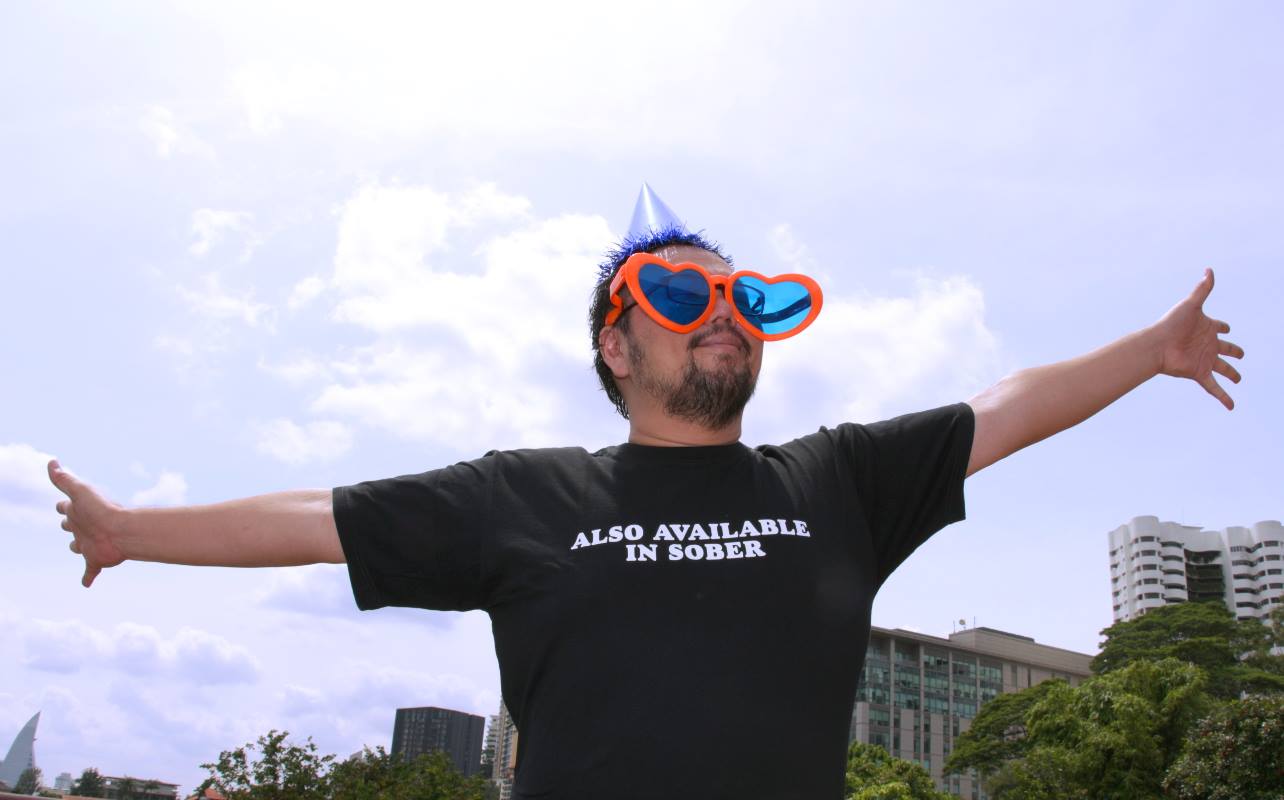 Where do you base yourself?
Jinx Chin: I’m currently based in Kuala Lumpur.

When did you first realise that you had musical talent?
Jinx Chin: When I was a kid, my Mom enrolled me in piano lessons. Let’s just say I was a less than a stellar student. I never practised the piano and as a result, the teacher eventually kept me at the same beginner level while letting all the other kids advance. At the time, I thought playing the piano was such a chore! Needless to say, soon after that, I dropped out.

When I was in high school, just like millions of kids my age, I started to get into pop music. And I found out that all the girls liked to listen to pop songs being played on the piano….so there I was, going to the music store to get sheet music of the popular songs at the time, but they were hard to come by. One day, I found out that one of my buddies had a bunch of sheet music that he had bought in Singapore.

He wouldn’t lend me some of the sheet music for me even to photocopy them! So in my juvenile rage, I decided to learn the songs on my own, by listening to them on the cassette tapes and then attempting to play them. I found out that I was able to do that pretty well, and much to my buddy’s dismay, I soon was able to play all the latest songs out there without needing the sheet music. And oh yeah, the girls liked it too!

Soon after, I joined a band in high school as a keyboard player. We couldn’t get a singer so suddenly the job was given to me. So I thought, “Why not?” I don’t sound too bad in the shower. We played a show and when members of the audience came up and told me that I didn’t suck, that’s when I realized that I might be on to something here.

Was the music industry always something you wanted to get into?
Jinx Chin: Well, you know how it is, when you’re a kid, you idolize the rockstars and the pop idols of your time and hope to one day be like them. The idea of really being part of the music industry was just an adolescent pipe dream because as parents would tell their kids, “The music industry is a fickle industry and there is no stability in it” as they coax them to take up something more conventional and stable like Accountancy, Medicine or engineering.

Likewise, I also got this impression when I was a kid, although my Mom would somehow keep the glint in my eye alive by encouraging my musical dalliances. Even though she thought that it is important to have a stable career, she always told me that doing something you love and have a passion for is worth far more than monetary rewards. Although I am in a corporate setting nowadays, I always take some time to do the things I am truly passionate about. 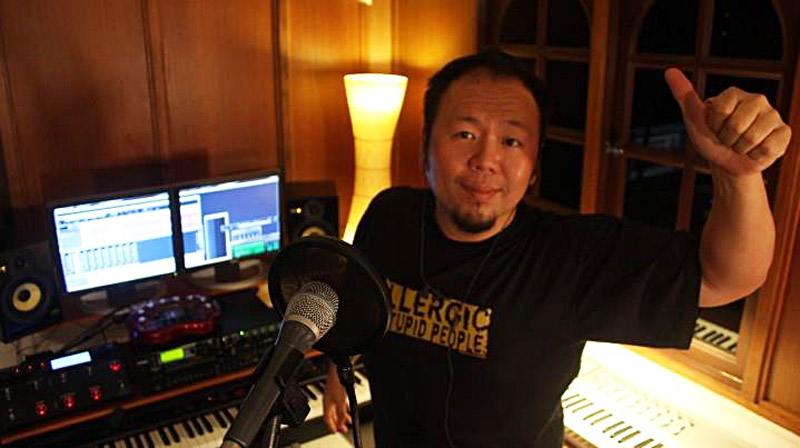 Did you have much encouragement from your family and were any of your immediate or extended family members an influence?
Jinx Chin: My Mom was a major influence on me musically. She was an artist in every sense of the word. In the Seventies, she used to be on TV regularly in music variety shows, dramas and was even in a classic Malay movie! That movie is still played on Astro from time to time.

She also had her own music album under the Phillips Polygram label. She would always be ready to break into song at a moment’s notice. “Shyness” was not in her vocabulary. Being of Filipino / Spanish heritage, she didn’t speak a word of Bahasa Malaysian when she first moved to Malaysia after marrying my Dad. So she actually learned her Bahasa dialogue without understanding what the words meant. Of course, she probably had someone translate the words to her so that she would know what emotions to act out in the movie.

Anyway, because of her, our whole household was filled with music. She actually got me to learn the piano at an early age, but alas, as I said before, I was crap at it until I discovered the right motivation to play……..chicks! I have two sisters and they are awesome singers while my brother plays the guitar and sings as well, I guess he’s discovered that chicks like guys that play the guitar and sing as well! My Dad sings his old favourite oldie whenever we have karaoke sessions and is rather proud of his baritone voice as well.

We understand that a long time ago you were in a group called ‘Scotch and Soda’. What were your best memories of this?
Jinx Chin: It was a great time for me because it was the first time I had ever performed professionally at one of the premier jazz venues in KL at the time. We were a jazz quartet backed by a 3-piece band. So we sang vocal jazz, be-bop and doo-wop standards just like Manhattan Transfer. It was such a thrill to be singing alongside musical veterans like Suzan Manen and pianist extraordinaire Michael Veerapen, who everyone knows is a living legend in the Malaysian jazz world.

During that time, he even invited me to his studio to work on some piano stuff with him. That’s when he gave me the greatest advice for piano playing which is, “If you wanna play good, you need to do three things…..practice, practice, and practice!” Hmmm….come to think of it, that’s what my weary piano teacher told me years before! But he also told me to listen to the greats and absorb the musical ideas. I’m still listening! 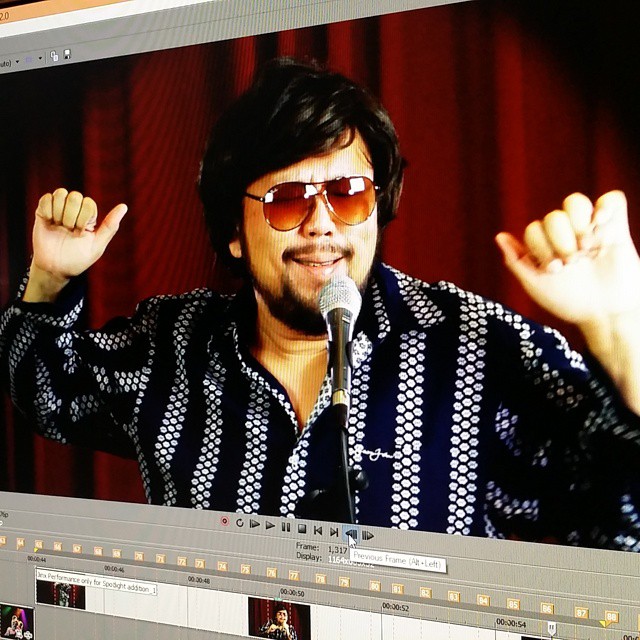 Tell us what you have been doing ‘post’ Scotch and soda
Jinx Chin: Right after Scotch and Soda, I left for college in the US. Bright-eyed and excited, I looked forward to being in the home of the brave and the land of the free. Although my fields of study had nothing to do with music whatsoever, I always gravitated to anything and everything to do with music and other fun stuff. I would attend concerts and musicals and participate in many college concerts just for the heck of it. I even formed my own acapella group there, and we gigged in some campus and community events. I was also in a couple of bands and I also performed live in some of the bars there.

I remember there was a time early on when a few friends and I went to this cowboy bar. Now I want you to imagine the scene, just like in the movies, when strangers walk into a cowboy bar and everyone stops what they were doing and just looks at the strangers…it was exactly like that. Three Asian guys going into a pure cowboy bar doesn’t happen every day in that bar, so all eyes were on us. Funnily enough, they had a “karaoke” type machine on the stage where anyone could go up and sing. My friends told me to give it a go….and so I did.

The moment I went up on stage, everyone, I mean, everyone…just stared at me! It was really funny how it seemed like the scene of a movie! I made sure I chose a song that was country-ish and I sang it with heartfelt emotions! I wish I could have taken a picture of the looks on their faces as they listened to this Asian dude singing a country song! They just loved it and the rousing ovation I got at the end of the song still makes me feel great to this day! After my college days, I worked for some time in the US and then came back to Malaysia.

By chance, I had heard that one of the most established commercial productions studios were looking for people, so just for the heck of it, I applied. Although I had no previous experience in writing music for commercials, they took a chance and hired me as music director. Working there was pretty exciting, despite the long hours and super-tight deadlines. I worked with many celebrities and hobnobbed with the best of them. Warner-Chappell music publishers also were kind enough to sign me up as a songwriter as well. I have to say that it was a blast to work on so many radio, TV and cinema commercials, as well as on documentaries and even a movie. Malaysia has such a wealth of talented people and I am glad to have worked with so many of them.