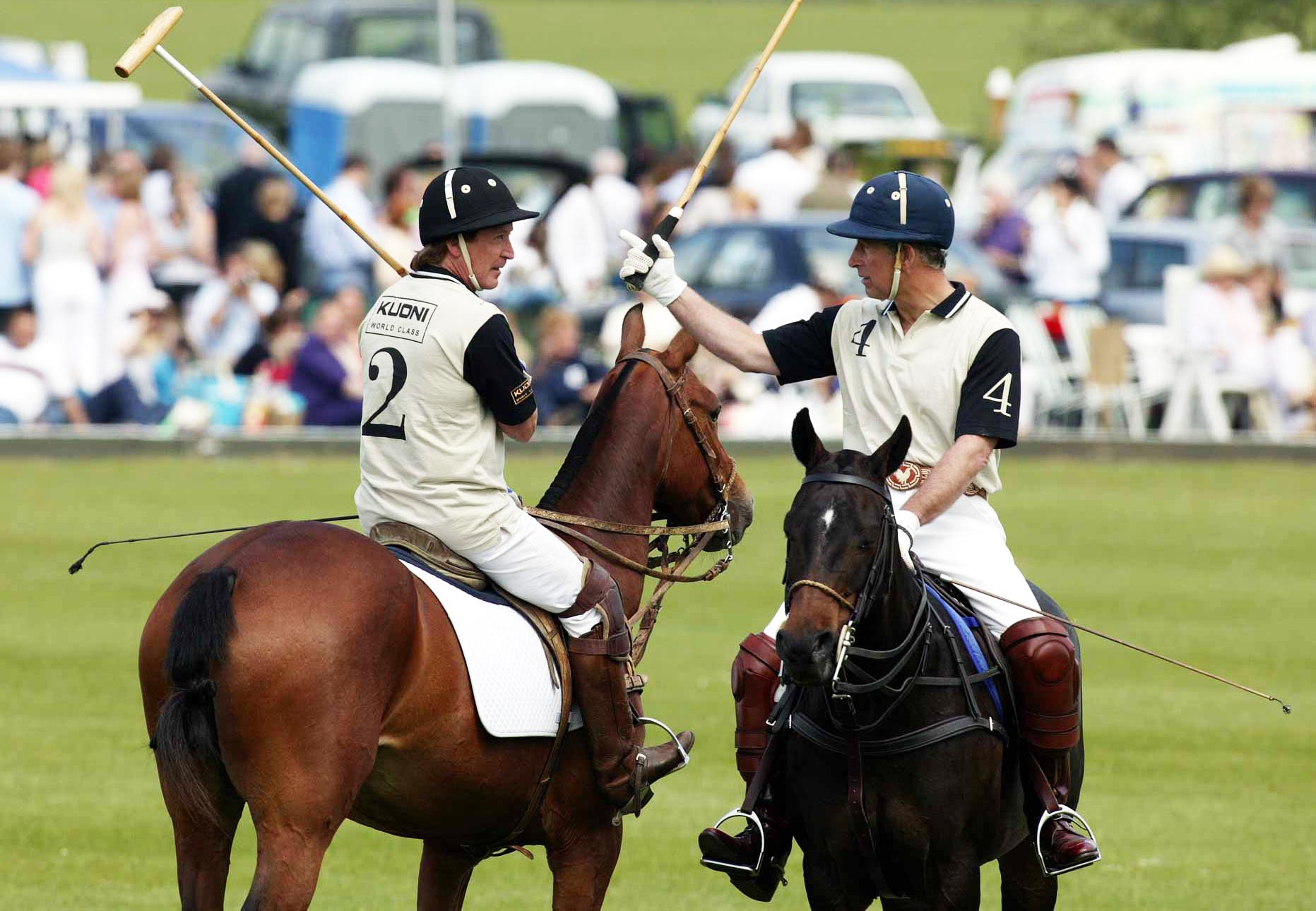 Hurtwood Park Polo Club in Surrey is the only polo club in the UK offering a wide range of polo, social and leisure facilities all year round. Simon Wittenberg caught up with their Chairman and rock legend, Kenney Jones, to find out more.

LM: You are a member of the Rock and Roll Hall of Fame and were a musician for The Small Faces. Do you still perform, and what were your highlights of your music career?
KJ: As the drummer with The Small Faces, Faces and The Who, I have been at the heart of the three biggest bands to have ever come out of the UK. From the moment I began drumming in the front room of my parents’ home in Stepney, East London, I knew music would play a central role in my life. At the tender age of just 15, being part of a band had become a way of life. Born in East London, in 1965, I had my first hit record when I shot to fame with The Small Faces, who were at the heart of the Mod revolution which swept Britain at the time and a band who have been cited as a major influence on musicians during the 50 years which have followed. When The Small Faces split, I was instrumental in forming The Faces and inviting Rod Stewart to feature as lead singer in a line-up which also included Ronnie Wood, Ian McLagan, and Ronnie Lane. 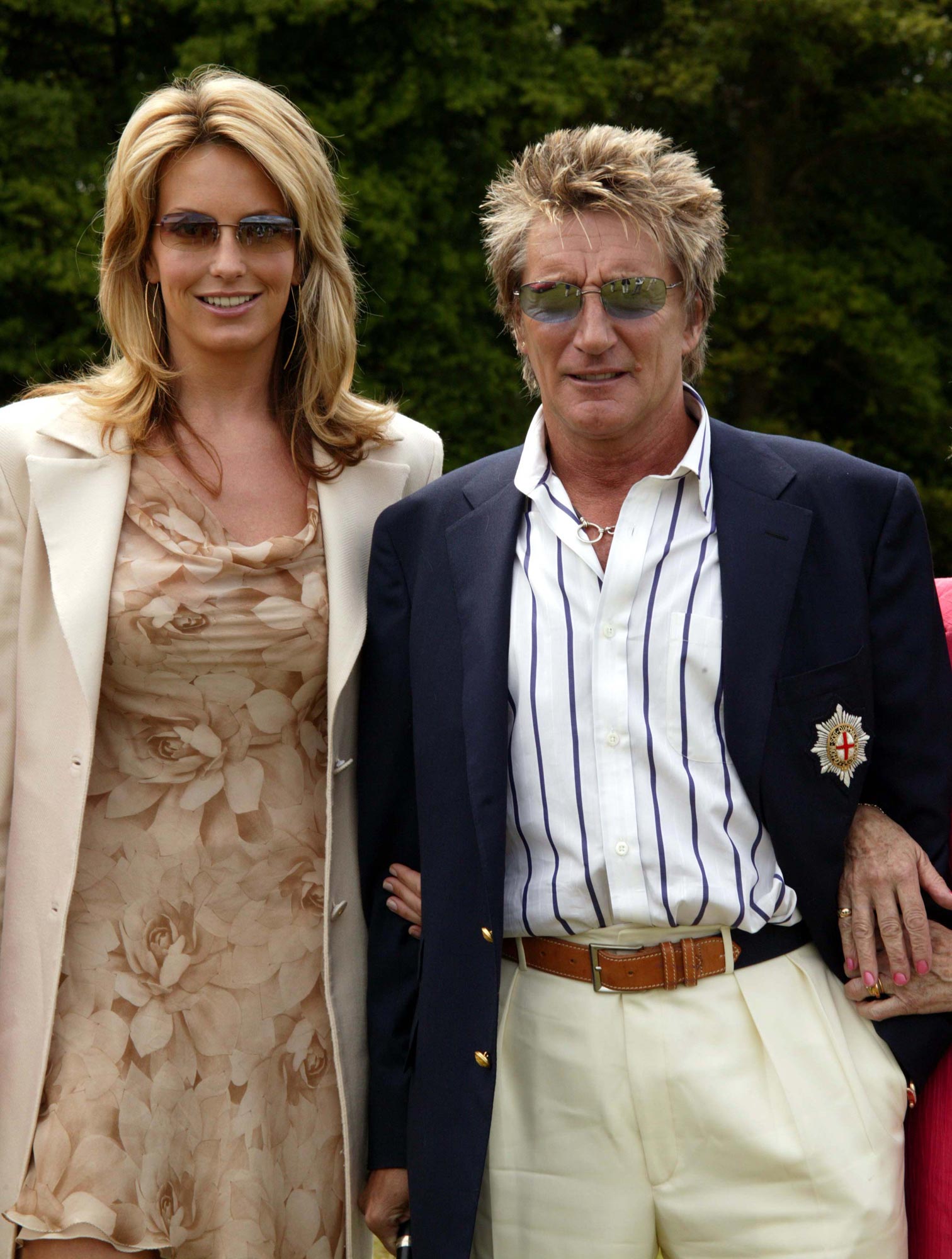 The Faces took the rock world by storm in the early 1970’s on both sides of the Atlantic and became one of the most raucous, fun-loving bands of the time, with a fanatical following.

By this time, I was recognised as one of the top drummers in the rock industry, and it was no surprise that I was The Who’s choice to replace Keith Moon after his tragic death in 1978. Once again, I found myself part of a hugely successful band as The Who toured the world and recorded new albums, ‘Face Dances’ and ‘It’s Hard.’ After leaving The Who, I hooked up with former Bad Company singer, Paul Rodgers to form The Law in the early 1990s, releasing a critically acclaimed album ‘The Law,’ which reinforced my reputation as a gifted and talented musician. Although The Small Faces, Faces, The Who and The Law have been the four main bands in my life, I have also been much sought-after during my career and have performed with some of the biggest names around.

Following my time with Paul Rodgers in The Law, I took some time out to concentrate on one of my other passions, polo. I realised a dream by opening and developing the Hurtwood Park Polo Club, and it was there during a series of charity gigs with various musician friends, that I first got the idea of forming a new band. A band which would eventually became The Jones Gang. The Jones Gang still play regularly and recently completed a little Christmas 2015 tour.

LM: What sparked your passion for polo?
KJ: Although hailing from Stepney, I believe that my love of the country was formed way back when as a boy, my parents not able to afford holidays, would take me hop picking for three months of the year at a village called Tudeley, a wonderful little community in Kent. Here I lived in the stables with my mum, Nan and grandfather, using a sheet stuffed with straw for a mattress. They cooked the best tasting food ever in tin and clay ovens and went out scrumping for apples. A man called ‘Smiler’ would pick up hop sacks in a horse and cart, later replaced with a grey tractor that frightened the life out of me. 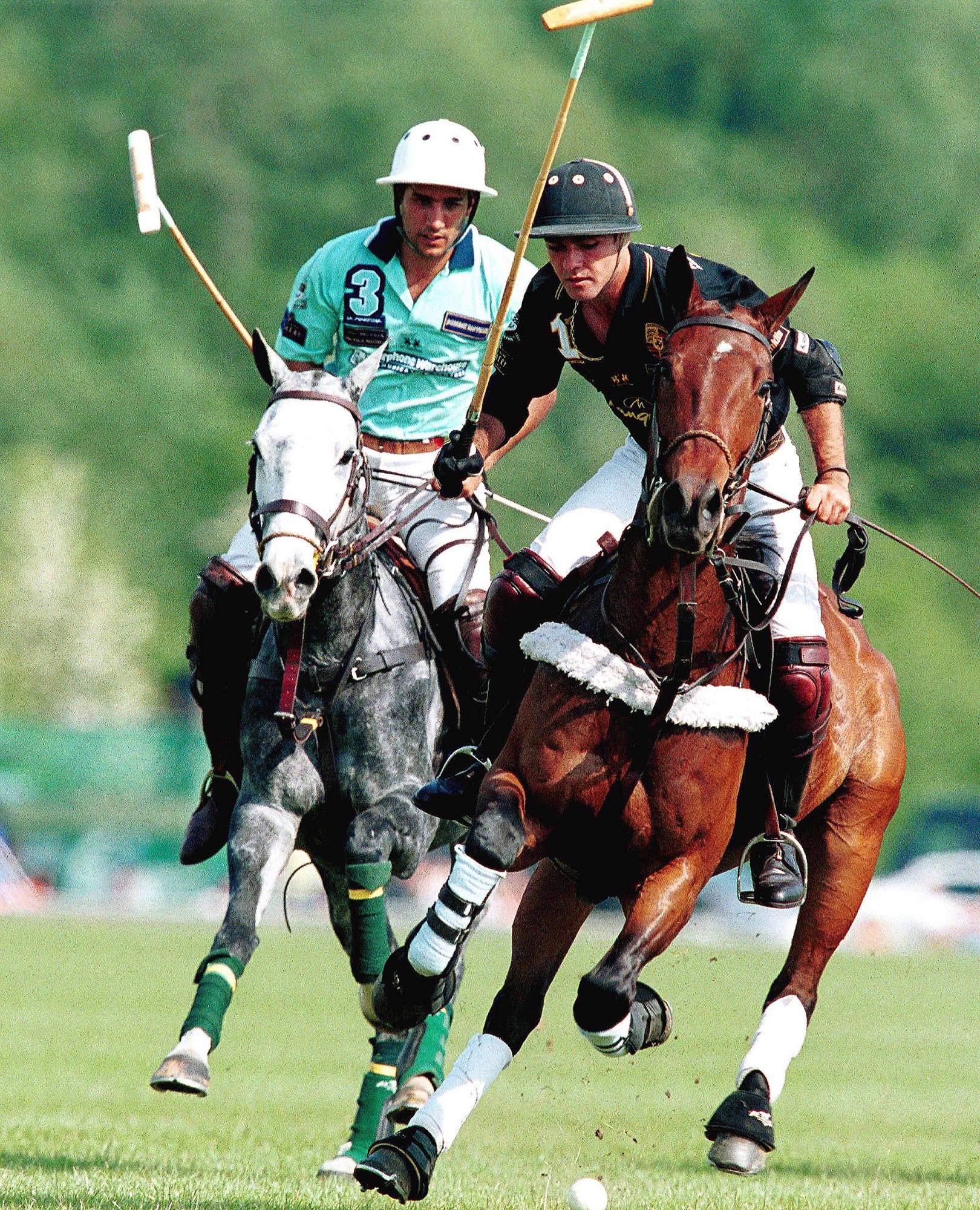 I’d been riding since I was about 14, when in The Small Faces, I remember being stuck in an airless room trying to put together some songs and being distracted by Steve organising riding on other friends’ horses in North London. The afternoon was sweltering, but great fun – I think I was the only one to stay on and even want to go back for more! Then within a few months, we had our hit record, and a little while after that, I bought my first horse. A Welsh dun, it was scared of everything: cars, traffic, especially lorries – it would turn around and run the other way! I spent ages trying to tame that one.

Since then, touring dependent, I have always loved riding in whatever form – from hunting down in Essex with the lady who taught me to ride, to show jumping at Olympia. I have loved it but always thrown myself into it – I’m not into doing things by halves. The polo really came about through Bryan Morrison. A group of us, including Robert Peck and Rodney Kinsman (a partner of Bryan’s), would go hunting together with the Old Berks – I think it was more about our hipflasks than our mounts, but it was always a great day out. We’d wear top hats and everything and I used to wear mine like a suction pad so it wouldn’t come off! We’d rock up at the meet totally paralytic and I remember having quite a few flasks as I wasn’t content with just the one stirrup cup – I think I had almost an entire stocked bar under my tweed or on my saddle and we resembled tin men.

LM: Please tell us about Hurtwood Park and the events which you host there.
KJ: Touring always meant that combining Polo with music was difficult, but after moving to Ewhurst, the result was that I hatched a plan for his land. I started by inviting friends to play in a fundraiser for a local playground, quickly followed by more fields and a clubhouse. In all, there is now an amazing 180 acres of beautiful grounds rolling onto the Surrey Hills, ample space for a full and spectacular summer programme of events.

In addition to the six polo fields and training areas of which five are of a high goal standard certified by the Hurlingham Polo Association (HPA), the club has a large reservoir/lake for watering all the polo fields. The member’s clubhouse includes a restaurant and bar and its country house atmosphere is enhanced by the exposed wooden beams and open fireplace, with views across the polo fields to the Surrey woods and the Hurtwood Hills. The site was selected for its suitability as a reporting and leisure complex as well as for its seclusion and tranquillity.

Several thousand spectators have attended high profile celebrity polo and high goal tournaments over the years. An added addition to the calendar is the music concerts which take place during the summer.

LM: Who is your main clientele, and are there any celebrities which are big fans
of what you do at Hurtwood Park?
KJ: Guests and players at Hurtwood have included HRH Prince Charles, HRH Prince William, HRH Prince Harry along with Zara Phillips, Prince Abdullah, Stephanie Powers, Stewart Copeland, Mike Rutherford, Steve Collins and Katie Price. Rod Stewart is a frequent guest along with Ronnie Wood, Pete Townsend, Roger Daltrey, Jeff Beck, Ruby Wax, Shane Warne, Jim Davidson, Princess Beatrice, Prince Albert of Monaco, Ringo Starr and Barbara Bach, Jane Seymour, David Gandy, Mollie King, and a host of others have attended our events over the years. 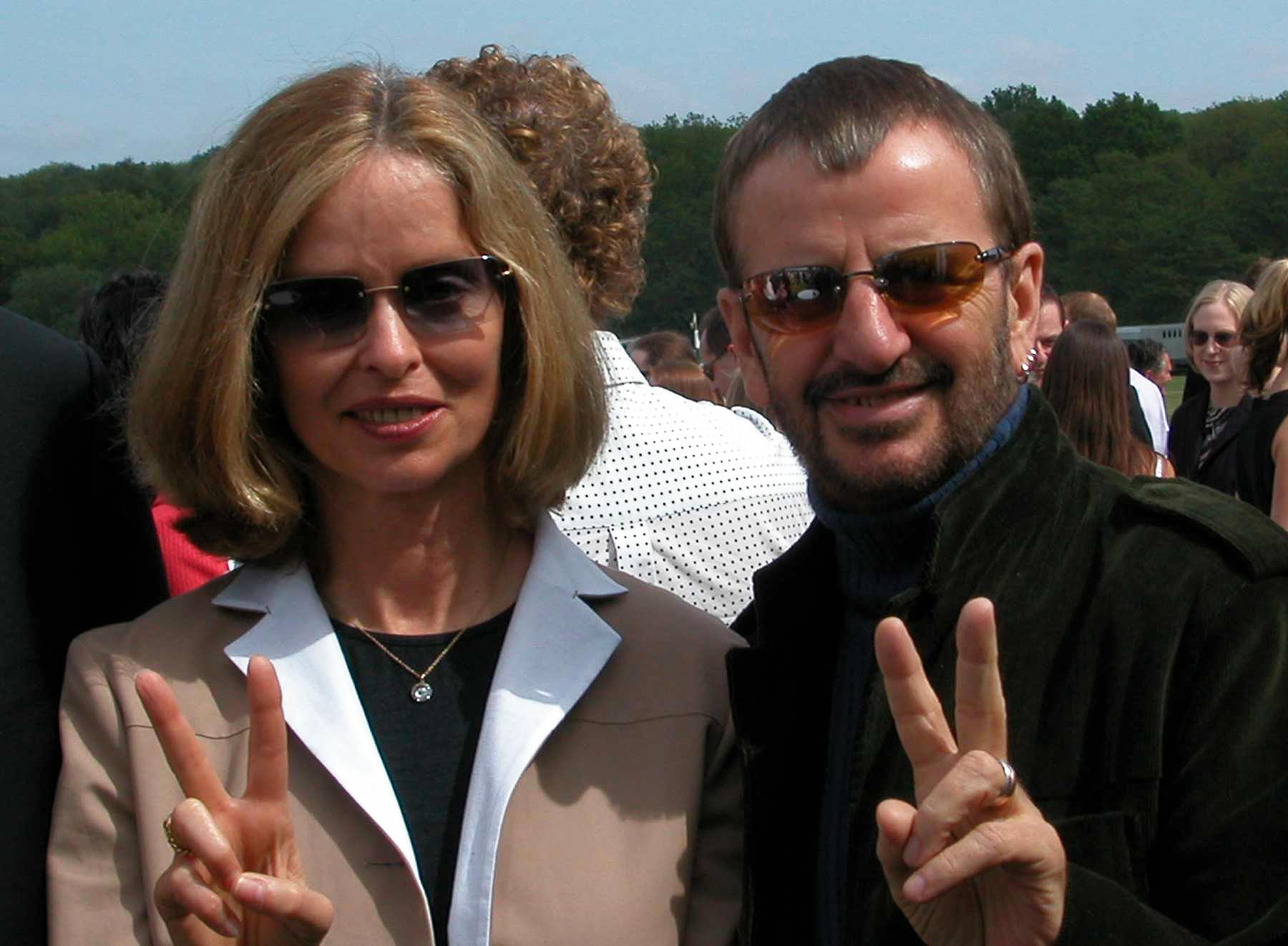 LM: Who are your current luxury partners?
KJ: Over the years, Hurtwood has partnered with many luxury brands. These include Kuoni, Ebel, Porsche, Merrill Lynch, Julius Baer, Audi, Land Rover, Belstaff, Mandarin Oriental, Asprey, Jaguar, Pommery, to name but a few. In the past few years, we have added Mantra Interiors, Bremont, Bombardier, Veuve Clicquot, HFS Milbourne and LEA.

LM: What are the biggest challenges facing the hospitality sector in 2016?
KJ: Since the recession, our corporate hospitality has scaled down a bit. The budgets from the major brands became more focused, with entertainment the first to go. We have noticed an uplift in client requirements in the past few years and have quite a full season planned for 2016 now. We have found it necessary to develop a salient partnership with the sponsors to create brand equity with any of our events. It is important that the highest level of association is achieved, and we like to work closely with clients to develop the opportunities suited to them.

There exists a major opportunity to create the holistic ‘Hurtwood lifestyle’ venue that both inspires and develops the Polo player and visitor with polo and equestrianism as an effective brand vehicle at Hurtwood Park.

The quality and ambience of Hurtwood will be unique and provide the very best facility in the country offering a unique experience which has yet to be carried out in the UK. 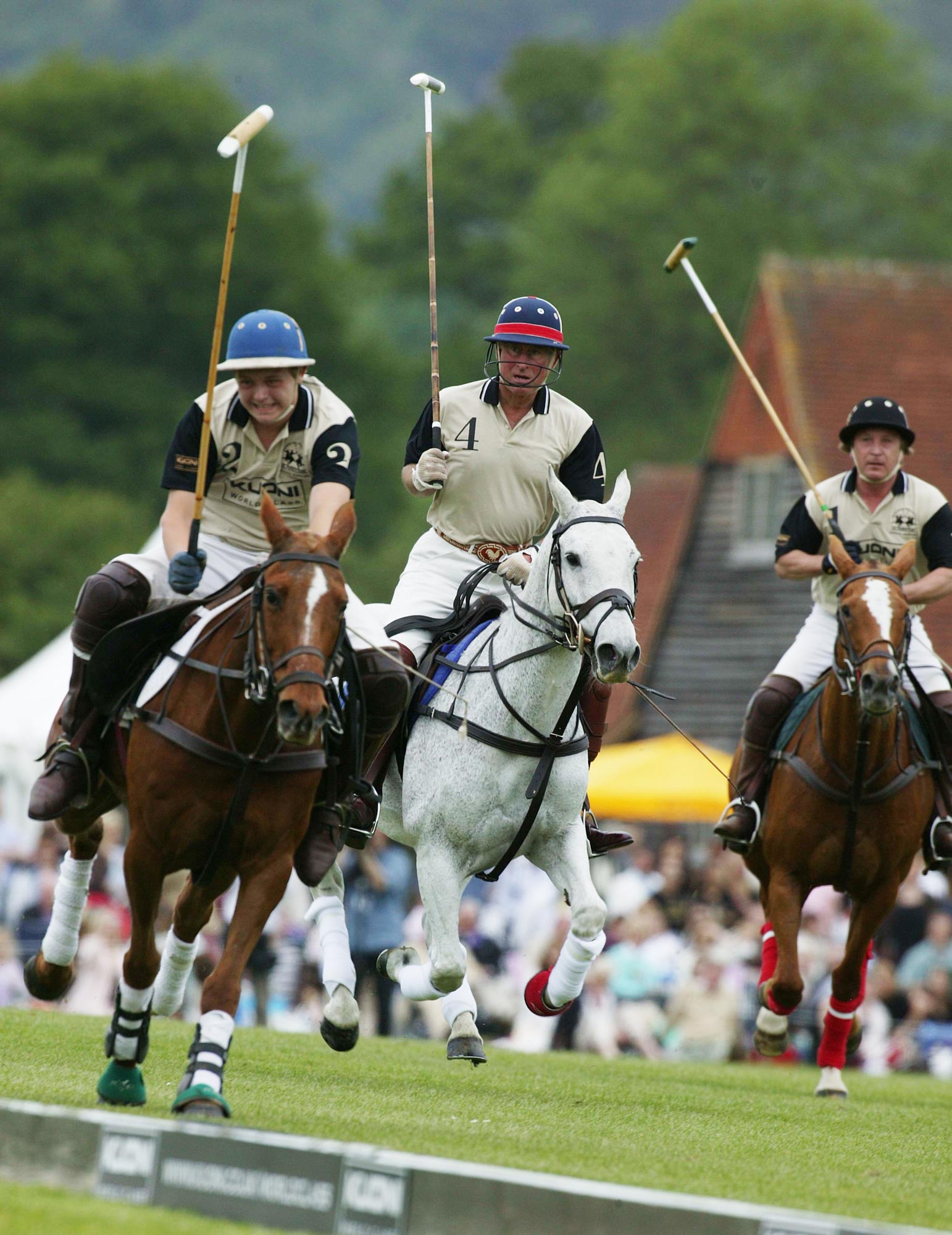 There are few counterparts in the United Kingdom to the U.S./Canadian Country Clubs, which provide relaxed and comfortable surroundings for sporting activities, dining, accommodation and relaxation. Furthermore, existing sporting clubs in the United Kingdom tend to focus on the active participants. This is particularly true of Polo Clubs. Few resorts devote their philosophy to the development of the sport from grassroots level upwards.

LM: You have six children. How do you balance family life with your business interests?
KJ: My children have all but grown up now so it has become much easier. Two of my sons play polo and my two daughters now work in the ‘family’ business in the office and working on events. The other two work in the music business. So in effect, they have balanced our family and business interests!

LM: What are your biggest luxuries?
KJ: For many years, I collected cars. At one point I had a Rolls-Royce Continental S3 and matching Bentley S3, both convertible and Chinese eye. I have also owned a Ferrari Dino Spider, a Mercedes 500SLR, a range of Jaguars, a Rolls-Royce Silver Wraith and Corniche Convertible, as well as a selection of BMWs. My favourite indulgence was a Bell 47 Helicopter which I shared with David Essex. With an ever-expanding family, I had to downgrade to an Audi Q7 which was big enough to hold us all!

LM: What are your favourite luxury destinations?
KJ: To be honest, polo has featured in our many holidays. We used to holiday every year in Palm Beach, and we spent a few years in the South of France and Dubai. We all loved St Lucia, Barbados and the Caribbean. Obviously, I have spent a lot of time in Los Angeles and America where some of my work is based. With four young children, it was never an easy task to ‘holiday’. As for luxury, that is a hard reach with a big family. More a question of suitability!

The Hurtwood Park Polo Club – Where and How?

Interview with Ron Welsh, the Master Blender at The Bowmore Distillery