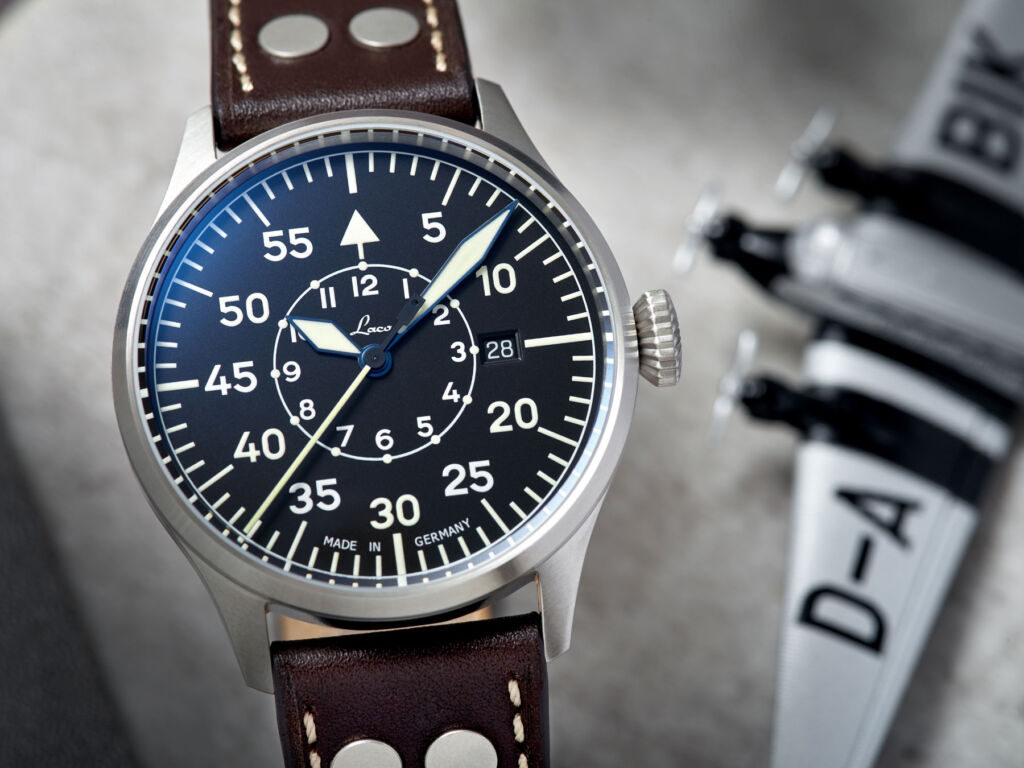 What separates Pilot Watches from most other watches is their precision, durability and clear (bordering on boring) design. The clever minds at Laco are seeking to address the ‘boring’ bit, with their new line called the Flieger Pro, which will be customisable to ensure you get a pilot watch tailored to your personal preference.

The German watchmaking company Laco has been making high-quality timepieces for nigh on 100 years now. However, it was back in the 1940s the company truly made its name when it became one of the few companies to be granted a licence to manufacture watches for pilots. Unlike many others, Laco is not the type of company that primarily makes watches to catch the eyes of others. Instead, they’ve relied upon two things; quality and reliability.

In 2021, things are about to change significantly with the launch of their new Flieger Pro line, which will usher in a first for the company; the ability for customers to configure their ideal pilot watch. 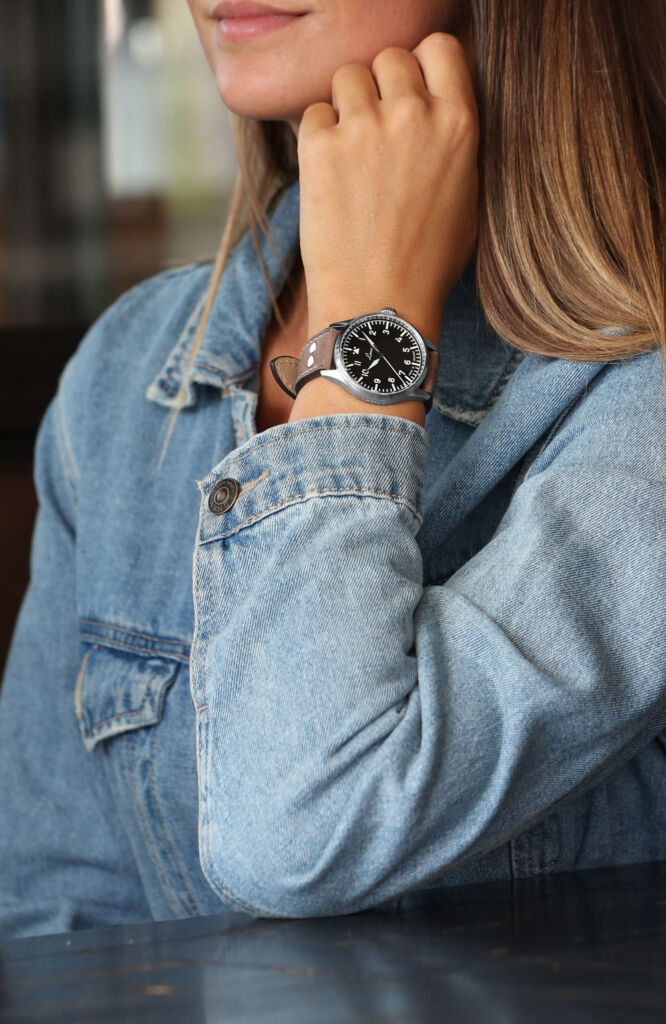 People often say that when you have something that works, aside from the odd minor tweak here or there, don’t change it! Laco is keeping to this mantra in the main, and their Pilot Watch Original and Pilot Watch Basic lines will remain as is.

However, they’ve decided that their new line, the Flieger Pro, will allow some rather diverse customisation based upon frequent requests from their customers.

For the Flieger Pro Pilot Watches, Laco has created an online configuration tool. The watches will still be based upon the special characteristics the brand is known for but will allow an almost unlimited number of design options without compromising the company’s historical legacy.

How the configuration tool works
The new configurator will allow customers to create a pilot watch based entirely on their own preferences. The Stuttgart PRO (type A) and Karlsruhe PRO (type B) models, which come in 37mm, 40mm and 43mm case sizes, will act as the basis.

Customers will get the choice of two movements, a mechanical Swiss automatic movement or a hand-wound movement. From here, they can choose things such as the decorative pattern and even blued screws.

Other available options include the finish of the case, which can be brushed or can come with a dark sand-blasted surface. The configurator will even allow the dial on the watches to be customised and you can even play with the lettering.

If at this stage you’re thinking, “This all sounds a bit expensive”, don’t fret as the customised models range from a very reasonable 850 to 1600 Euro depending on what you choose. 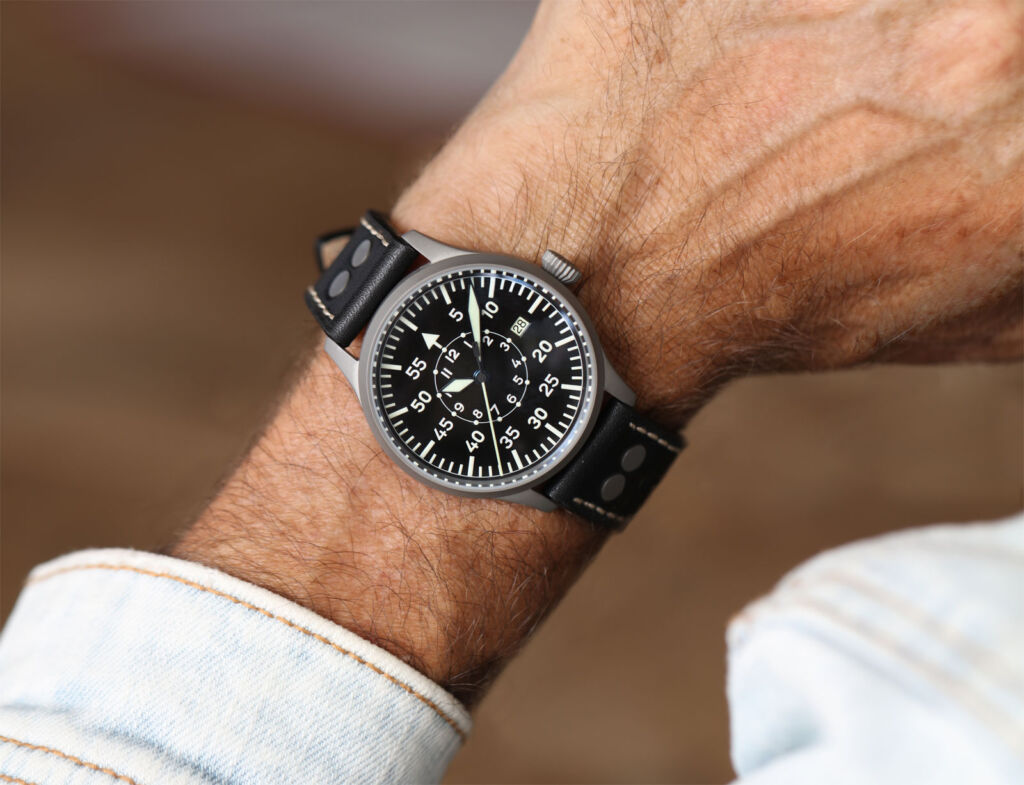 About the new Flieger Pro line
As with all of Laco’s Pilot watches, the new Flieger Proline is characterised by three things; functionality, reliability and legibility. The watches come with a bolted bottom and a screw-in crown, making them waterproof up to 20ATM; they are also resistant to moisture even in fluctuating temperatures and pressures.

The Laco Pilot watches are comfortable to wear thanks to their ergonomically curved lugs combined with a flat casing height. In addition to this, they benefit from double-sided mirrored sapphire glass, which helps to increase legibility even in poor lighting conditions. 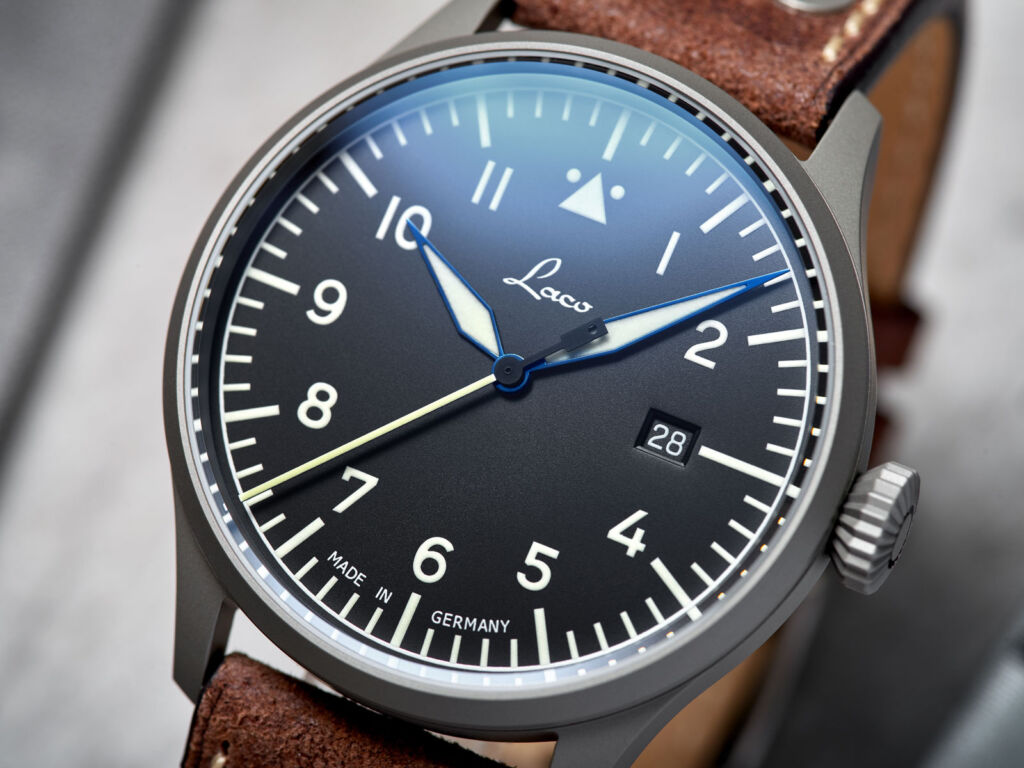 Laco is a name you can trust, and after almost 100 years, it’s fantastic to see them changing the way they operate to meet the needs of their customers. Having something on the wrist that no one else will have is a goal of many watch fans, and the simple fact that this will be very likely with the Flieger Pro line, and at a far lower price than most will have expected gives Laco a big tick in our book.

The new Flieger Pro online configurator is now available online and can be found on the watch manufacturer’s website www.laco.de.