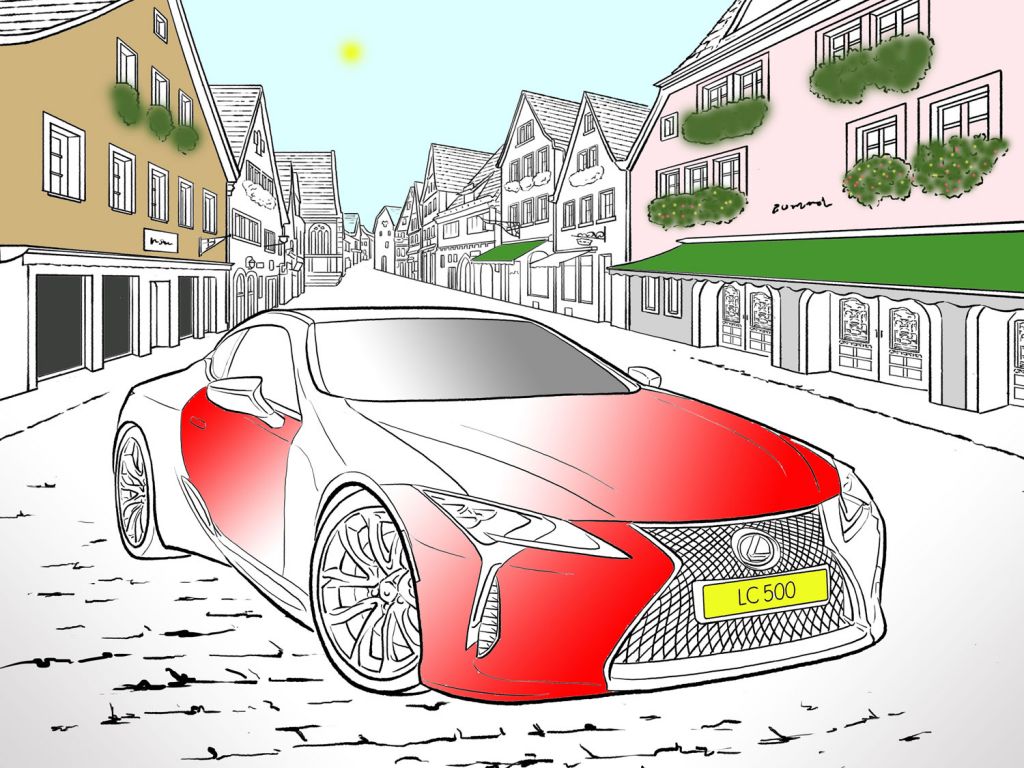 Lexus has introduced a selection of free templates to colour in based upon one of their most iconic cars, the LC 500. Jeremy Webb dusts off his felt tip pens and colouring pencils, putting his long-forgotten artistic skills to the test.

Like everyone in this current lockdown situation, keeping myself amused is getting harder the longer I am stuck indoors. Luckily Lexus, have sent me through templates of two cars to colour in. Colouring is a skill set I can certainly undertake, so I grabbed my felt tip pens and cleared the dining table.

The templates are available free to anyone, go to Lexus UK website and download, then print off. Four options are available, with two of the LC 500 Super GT Race car and two of the road version LC 500.

The templates are superbly detailed, which for me means hours of diligent colouring. 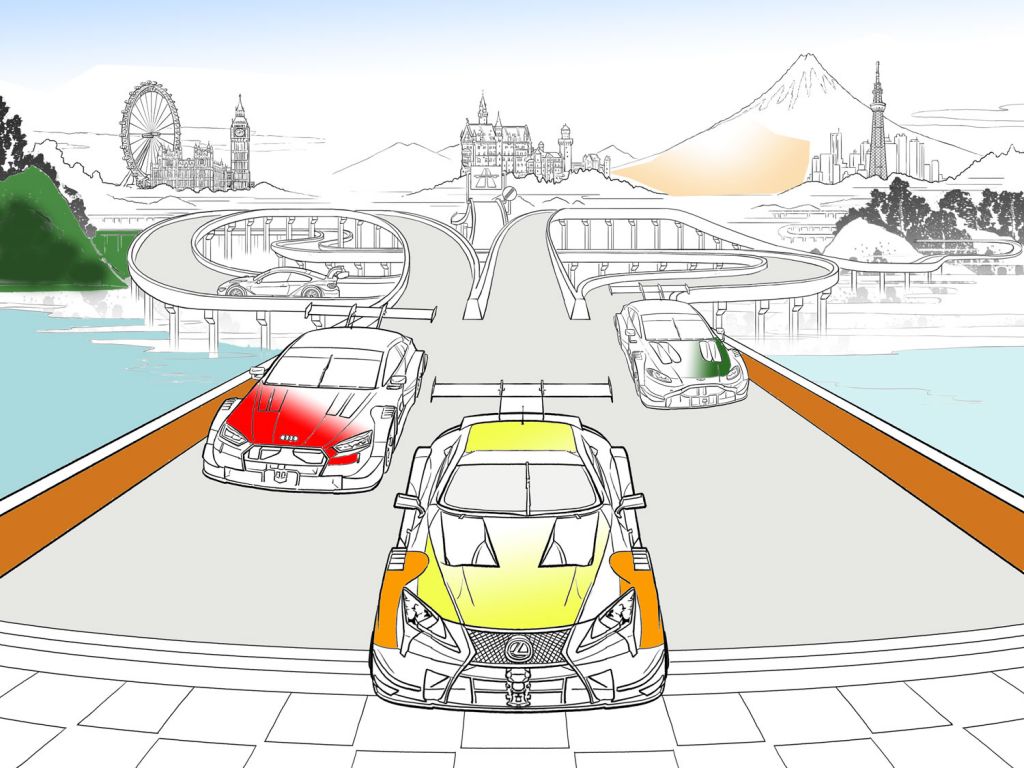 Create your race livery and have fun bringing the pictures to life in glorious colour. Lexus has included cars from other brands such as BMW, Audi and Aston Martin because the image reflected the 2019 race when Super GT cars from Japan and vehicles from the German DTM series competed against each other for the first time. The first of these so-called ‘Dream Races’ was held at Fuji Speedway, with Nick Cassidy taking victory in the Lexus.

The style of all these Lexus illustrations is inspired by Ukiyoe, which are traditional Japanese woodblock prints from the Edo period (1603 – 1868).

The Lexus LC 500 is Lexus’s flagship luxury coupe
It was the first Lexus to be built on Lexus’s front-engine/rear-wheel drive Global Architecture – Luxury (GA-L) platform.

It is the faithful evolution of the award-winning LF-LC concept car
The LC 500 has a 5.0-litre naturally aspirated V8 engine and 10-speed direct-shift automatic transmission. It delivers 457bhp and 530Nm of torque, enabling acceleration from 0 to 62mph in 4.7 seconds.

LC 500h is a self-charging hybrid with a naturally aspirated 3.5-litre V6 engine and the first application of a new Lexus Multi-Stage Hybrid System. It delivers 354bhp and 348 Nm of torque enabling acceleration from 0 to 62mph in five seconds.

I will be spending a couple of days completing the four templates and will be posting them on social media once done if I have kept between the lines. I hope you take up Lexus contribution to helping with the current situation and enjoy the challenge.