The Principality of Monaco will soon host the first exhibition in Europe dedicated to high-end luxury bicycles, called LikeBike.

LikeBike is on from the 3rd to 5th of April at the Grimaldi Forum in Monaco and will showcase some of the most outstanding innovations in the cycling field, combining design, fashion, innovation, technology and luxury. 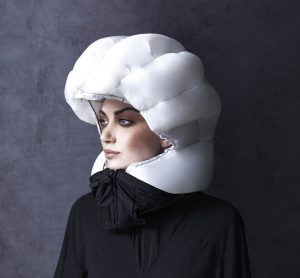 Monaco is known for being one of the most beautiful European capitals and a haven for people that appreciate the finer things in life. It has beautiful locations, mild weather for outdoor sports and is a perfect place for an exhibition such as LikeBike.

Almost 120 exhibitors from around the world will be attending and showcasing their excellence and innovation with enough products on show to enchant all the visitors to the three-day show. High-tech, electric, futuristic solutions, mountain bikes and a wide range of accessories will be presented enough to satisfy even the most demanding sportsmen and bike lovers.

Recent data has showed how the bicycle industry has continued to grow year by year, with a current production level of more than 130 million bikes worldwide (4 bikes are sold worldwide every second). In the 2013, only in France, 2.8 million bikes were sold, one million more than the number of car sales in the same period.

The show will also host the winners of the most important international bike design competition together with other bicycle artisans, showcasing and explaining the manufacturing process and customization of bicycles.

In addition to the many amazing, high-tech and prestigious bicycles displayed at the LikeBike exhibition, visitors will have the exclusive opportunity to see and touch pieces of art such as the new “Aero Road 6.2” by Dassi, the “SPINAS” by NEVI, the “Bicicletto” by SPA, the “Bestianera Montecarlo Edition” by T°RED, the “Malle Bicyclette” by Monyat, “Gocycle” by KKL and many more.

In addition to the main exhibition and in association with the ‘Fédération Monégasque de Cyclisme’, on Sunday the 29th of March there will be the LikeBike NiteRace Challenge, where both professionals and amateur riders will have the opportunity to race each other on Monaco’s famous Grand Prix “chicane du port”.

Finally, a fantastic and spectacular Gala evening will be held with the focus on raising money for a very well deserving charity, Monaco Aide et Présence (MAP). In fact, with the support of some manufacturers, bicycles will be distributed to local schools and clubs to be decorated, then displayed at the exhibition and later auctioned at the Gala. The money raised during the auction will be devolved to MAP.

For more information about the LikeBike exhibition and events, visit www.likebikemonaco.com

See more of what will be on show at LikeBike below