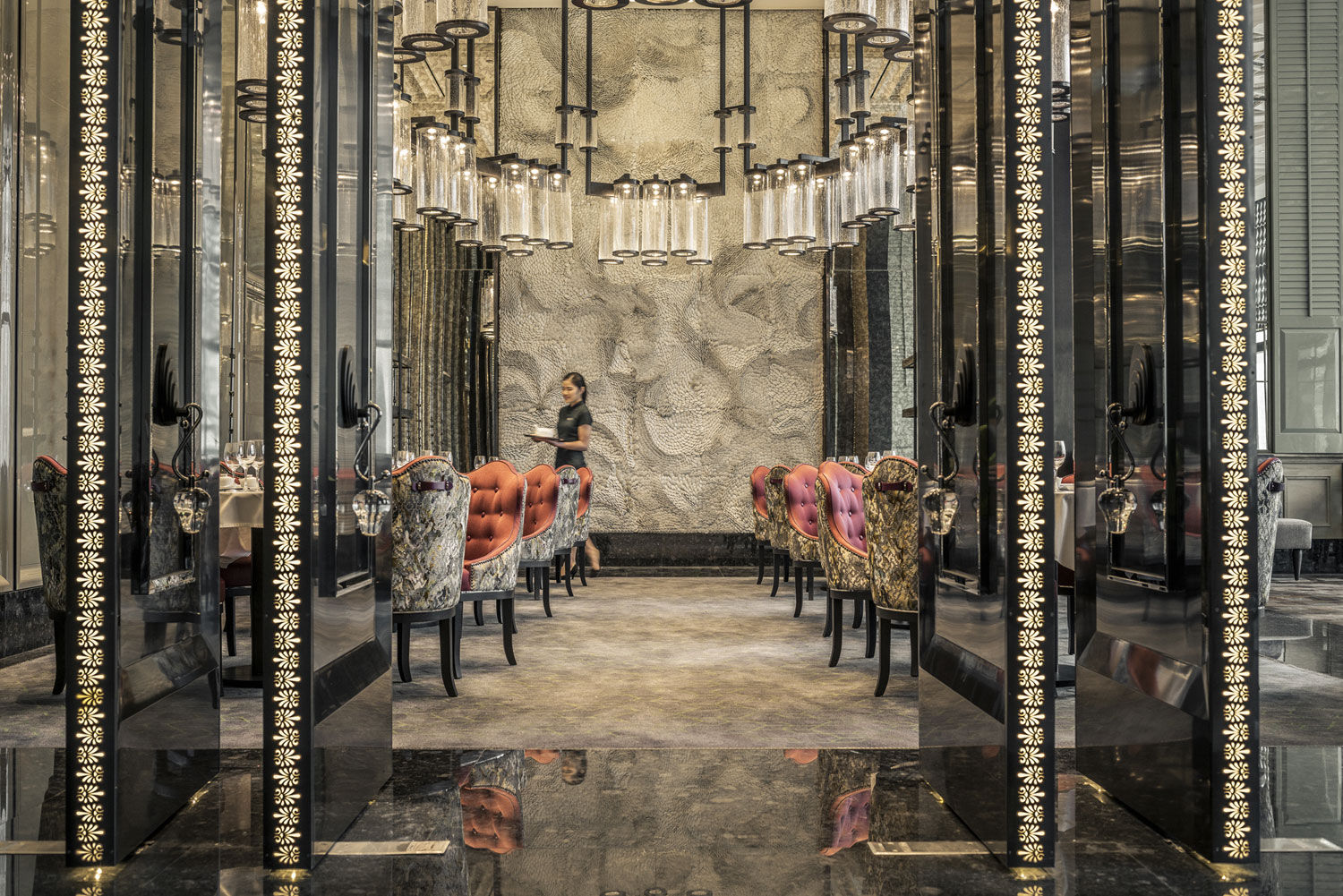 Ong Chin Huat gets the first taste of “The Louis XIII Experience” – a menu pairing between the King of Cognac and exquisite Chinese cuisine at Yun House in the Four Seasons Kuala Lumpur, Malaysia.

It is only fitting that the finest cognac is paired with the most sumptuous dishes and at the Four Seasons Hotel Kuala Lumpur, this match made in culinary heaven has become reality at “The Louis XIII Experience”. It’s a food pairing menu which incorporates the legendary Louis XIII cognac with a six-course meal at Yun House, the Four Seasons Hotel Kuala Lumpur’s highly acclaimed Chinese restaurant. 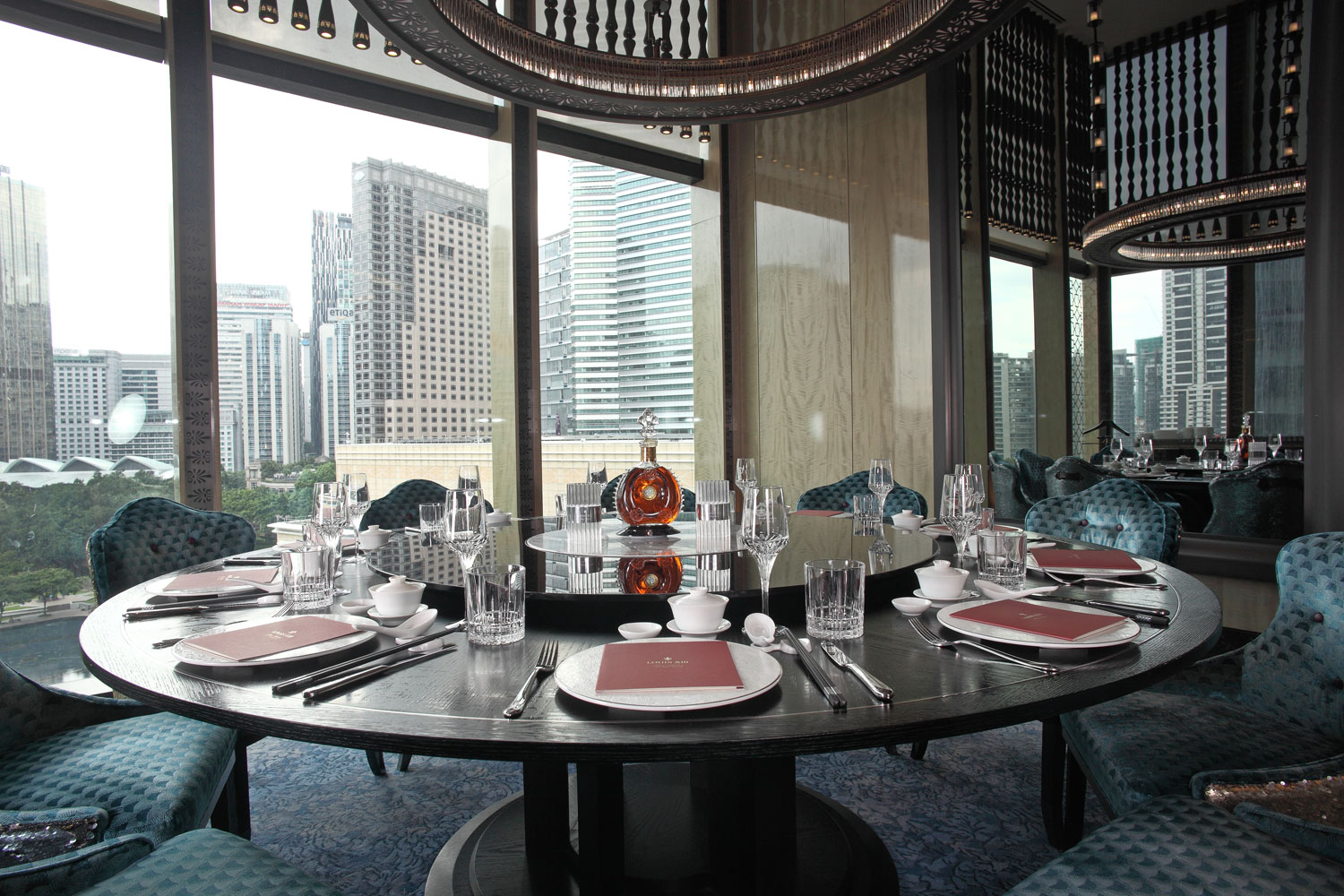 Costing approximately US$7,000 for a table of 10, the meal which can be booked either for lunch or dinner centres on Cantonese cuisine with highlights on regional specialities and incorporates local ingredients. It is accompanied by a 70 cl decanter of Louis XIII cognac.

Alternatively, you can have a meal for two with two glasses of Louis XIII cognac priced at US$720 per person. 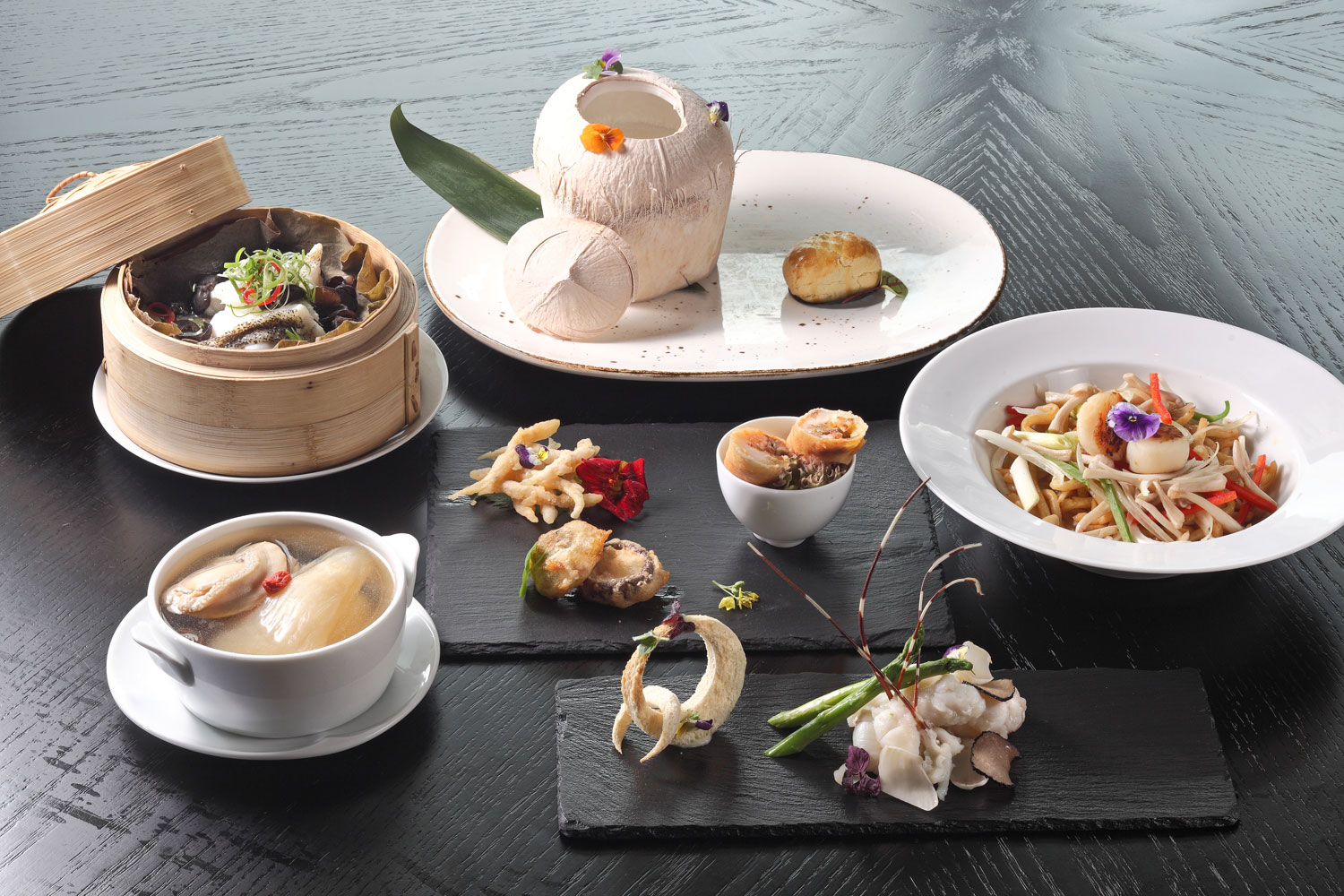 The third course satiates even the most demanding palate with the mouth-watering Braised Lobster with Lily Bulbs and Truffle Oil while the next course showcases the chef’s skill at its finest – Steamed Coral Garoupa Fillet with Scallion Oil and uses the highest quality Garoupa fish.

The signature dish Wok-Fried Fish Paste Noodles with Canadian Scallops is a reboot of a much-loved home cooked dish and dessert come in the form of Dessert Duo of Homemade Pineapple Pastry and Bird’s Nest with Almond Cream served in Whole Young Coconut.

Each of the six courses is accompanied by the rich and aromatic Louis XIII cognac, with all the dishes designed to bring out and magnify the exceptional qualities of this King of Cognacs. A private room at Yun House which has an extensive view across KLCC Park has also been christened the Louis XIII Room, with all the Louis XIII Experience served there. 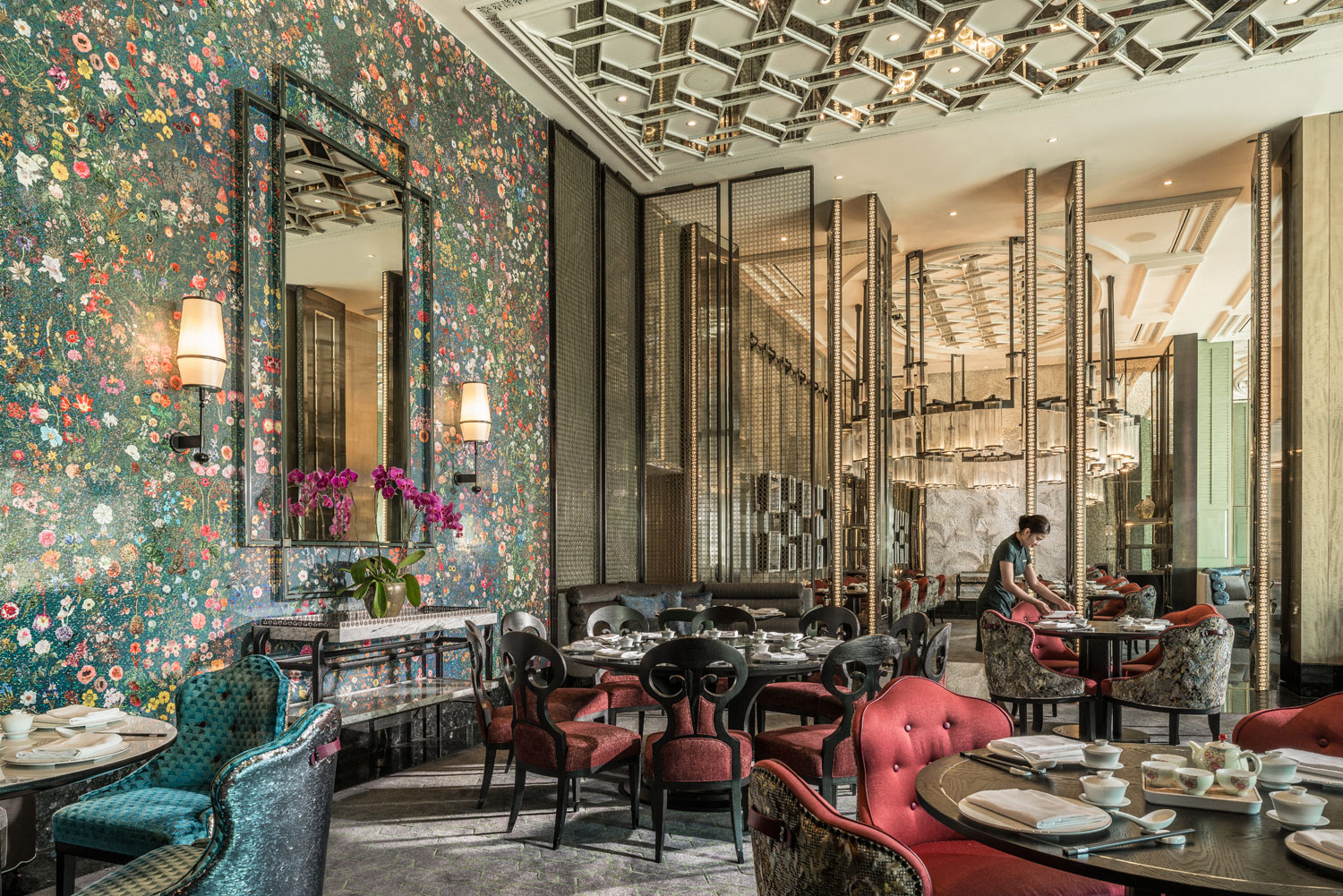 And there couldn’t be a more suitable venue to showcase the magnificence of Louis XIII than at Yun House, currently the hottest Chinese Restaurant in town. Modern and contemporary but never sacrificing the luxurious nature of its décor, Yun House is both substance and style and tantalises the taste buds with its adaption of classical Cantonese cuisine and has won plaudits from gourmands and foodies alike.

Tom Roelens the General Manager of the Four Seasons Kuala Lumpur likens dining at Yun House to embarking on a culinary journey, with a destination quite unlike any other. 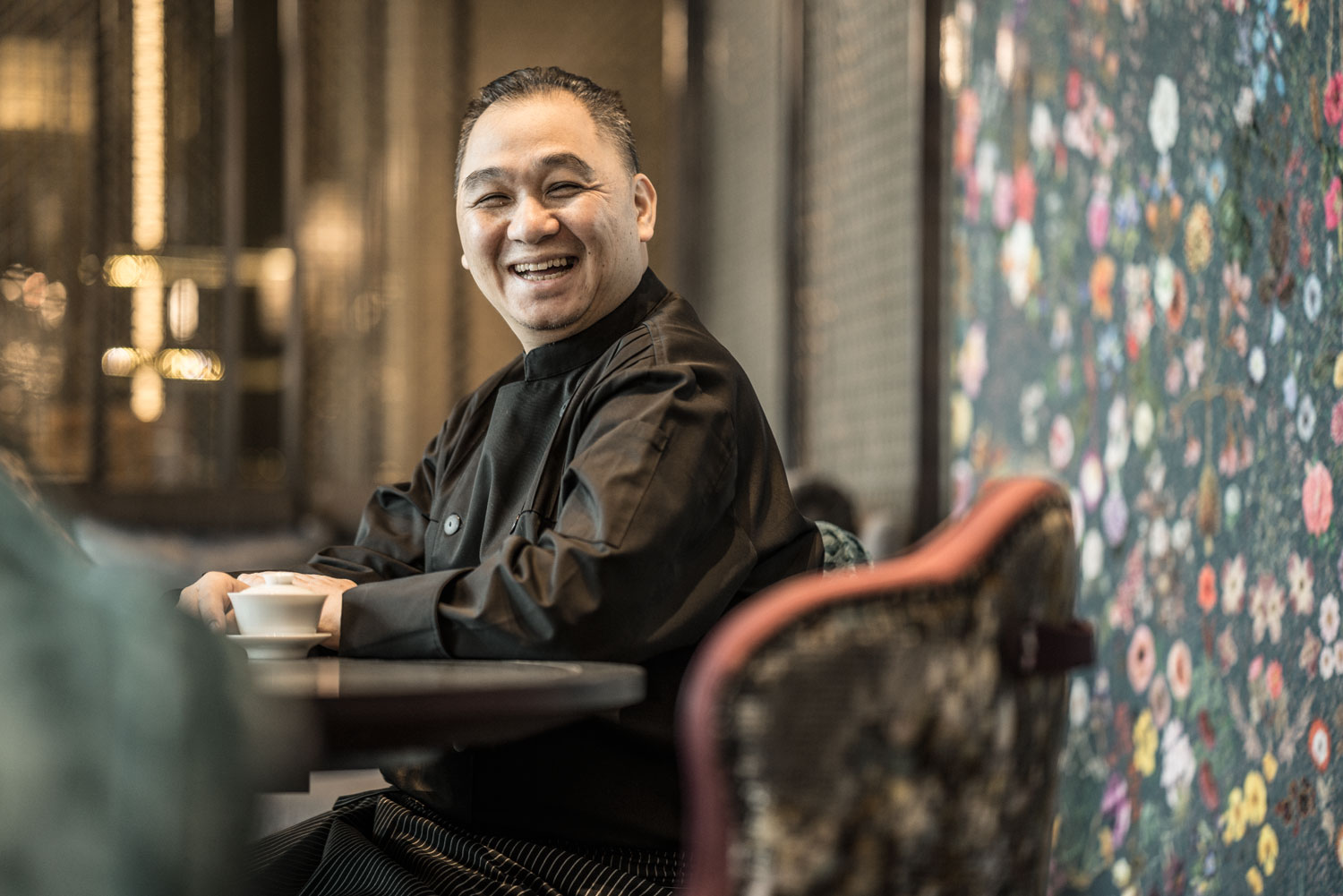 “At Yun House, we hope to bring our guests on a journey to experience, feel and sample the legend that is Louis XIII. The pairing menu is tailor-made to bring a new dimension to the world-famous Louis XIII experience, revealing different sensations of Louis XIII to both the palate and the eyes. For those craving the finer tastes, we welcome you to savour the timeless menu blend, masterfully curated by our award-winning Executive Chinese Chef Jimmy Wong and the unique tasting profiles of Louis XIII cognac.”

Inviting and luxurious, the new Louis XIII Room at Yun House in the Four Seasons Kuala Lumpur is the perfect place to impress potential business partners, seal a mega-million-dollar deal or to celebrate life’s achievements and milestones.

The Louis XIII Experience is unforgettable in both its breadth and scope, not to mention in taste and sensation.

The Louis XIII Experience – Where and how?

For further information about “The Louis XIII Experience” at Yun House in the Four Seasons Kuala Lumpur, Malaysia, please visit: www.fourseasons.com or www.louisxiii-cognac.com