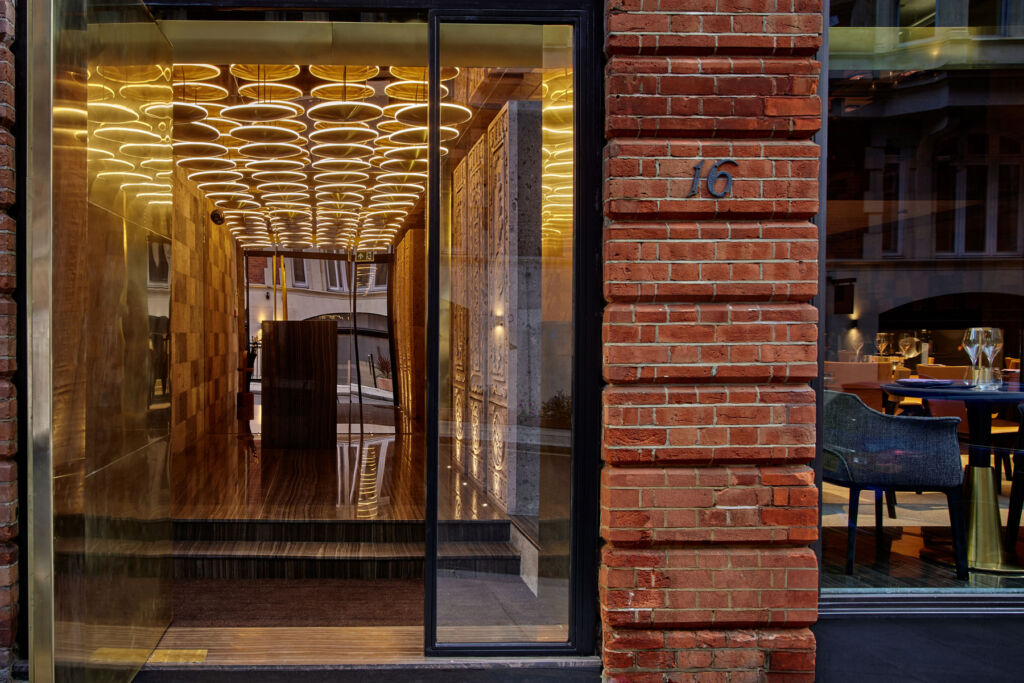 If you have a passion for trying new foods without travelling to the country of origin, you’ll be pleased to know a new authentic Armenian restaurant has opened its doors in the heart of Mayfair. Luxurious Magazine’s Sabi Phagura went along to Lusin to treat her tastebuds to some quite exceptional west Asian cuisine.

Lusin of Mayfair, which takes its name from the Armenian word for ‘moon’, is the latest addition of a restaurant chain that already has hotspots in the Saudi Arabian cities of Riyadh, Al Khobar and Jeddah. The cuisine influenced by the vibrant cultures of Eastern Europe and the Levant has been curated by two-Michelin-starred chef Marcel Ravin. 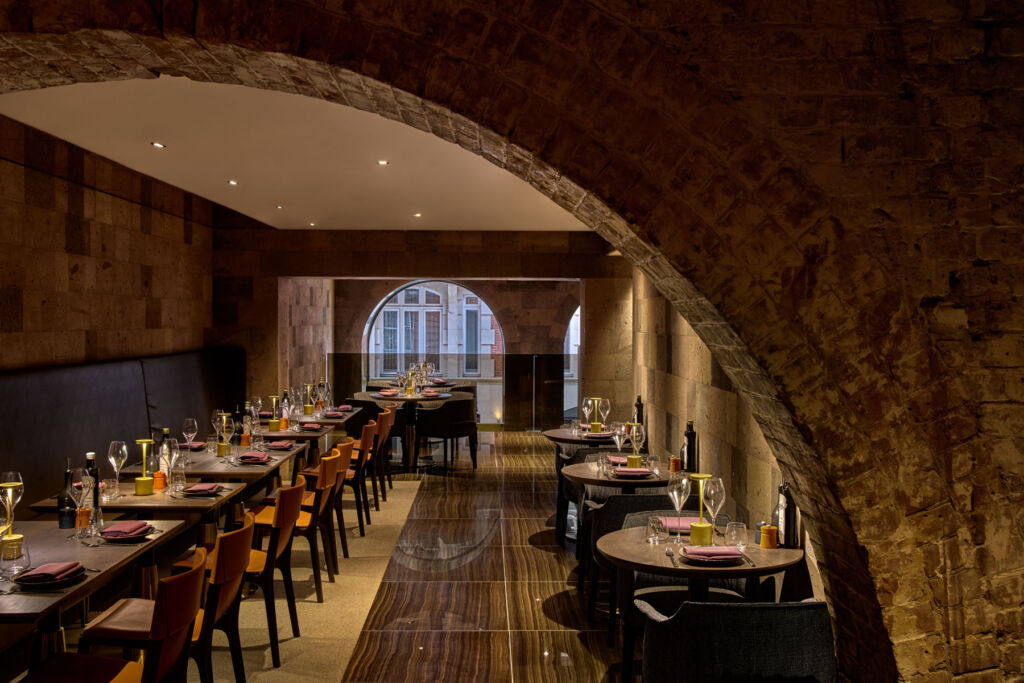 The gastronomic concept was born out of inspirational travels to Armenia and Lebanon by Dr Mazen Amulgbel, a pioneer in the Saudi Arabia restaurant scene, taking upscale dining outside of hotels. Entrepreneur and founder of Mira Foods, he experienced Armenian and Lebanese cultures during his trips, finding the top food consultants from Lebanon, Armenia and Aleppo, Syria. The first Lusin opened on 14th February 2011 in Centria Riyadh, Saudi Arabia. 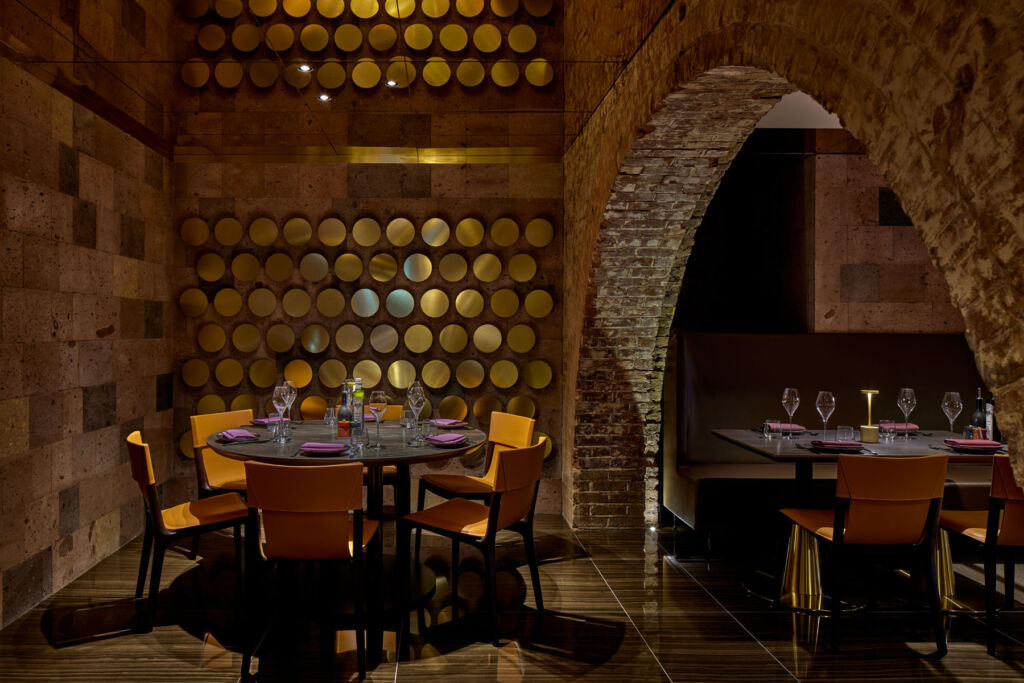 And Mayfair’s Lusin is more than just the food. The food matches the restaurant’s décor, so diners can derive some kind of experience of Armenia all around them as they tuck into dish after dish. 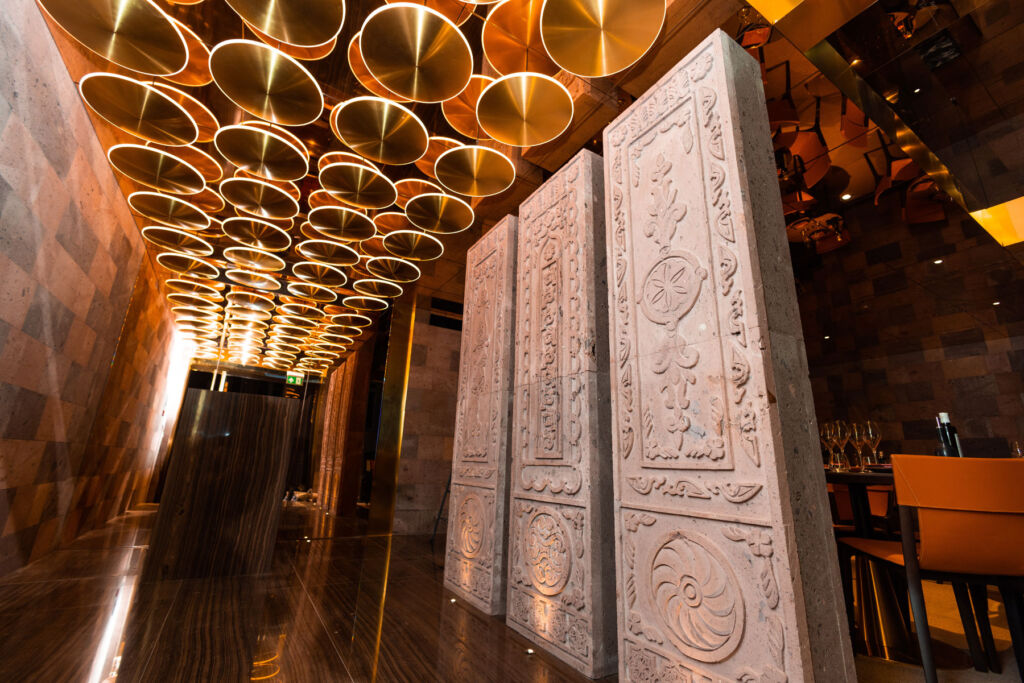 The entrance showcases three pillars with hand-made carvings resembling Armenian Khachkar, symbols and signs from the ‘Tree of Life’ to the ‘Eternity’ symbol. The interior has been designed by Arch. Maram Seddiq. The walls feature Armenian Tuff Stone, which is originally sourced from Armenian Mountains, in four colours: pink, arctic violet, black, and anti-tobacco. The 100-seater restaurant on Hay Hill Street is spread out across two floors. 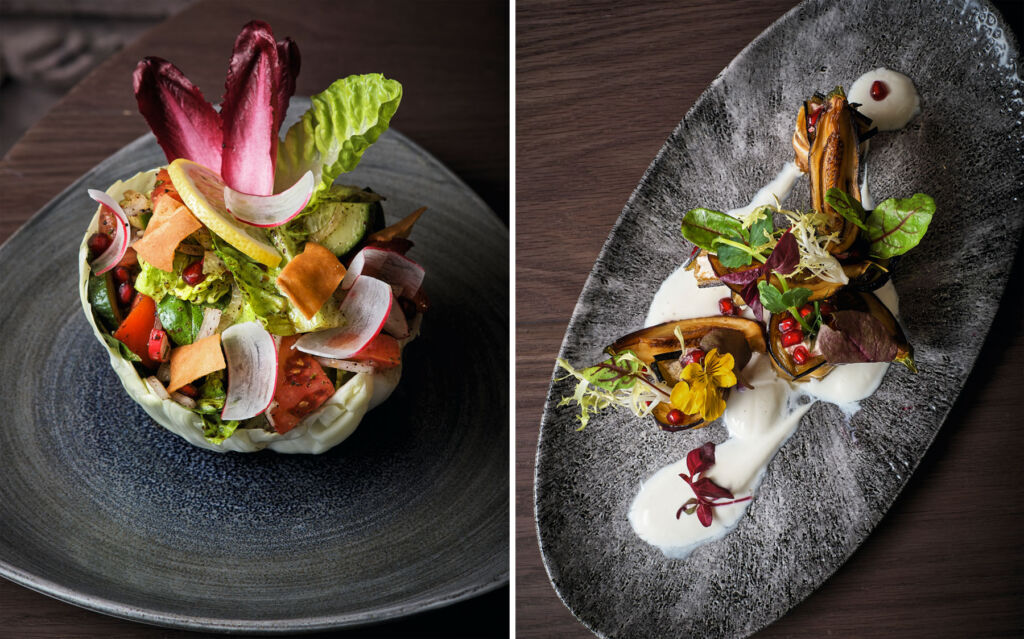 During the soft opening of Lusin, my guest Francesco and I were treated to nothing less than a feast. Kickstarting it off with a salad. On paper, a salad sounds rather boring but not here. The Lusin salad is a creation made with shredded cheese topping a smoky-baked aubergine, with vegetables and herbs coulis.

The main ingredient is the cheese that originates from Armenian Tressed cheese. When this dish was created, they added fresh vegetables and herbs to prepare a substantial fresh starter. Spring vegetables are diced, and the salad is built with shredded cheese and finished with herbs, pesto and fresh leaves. 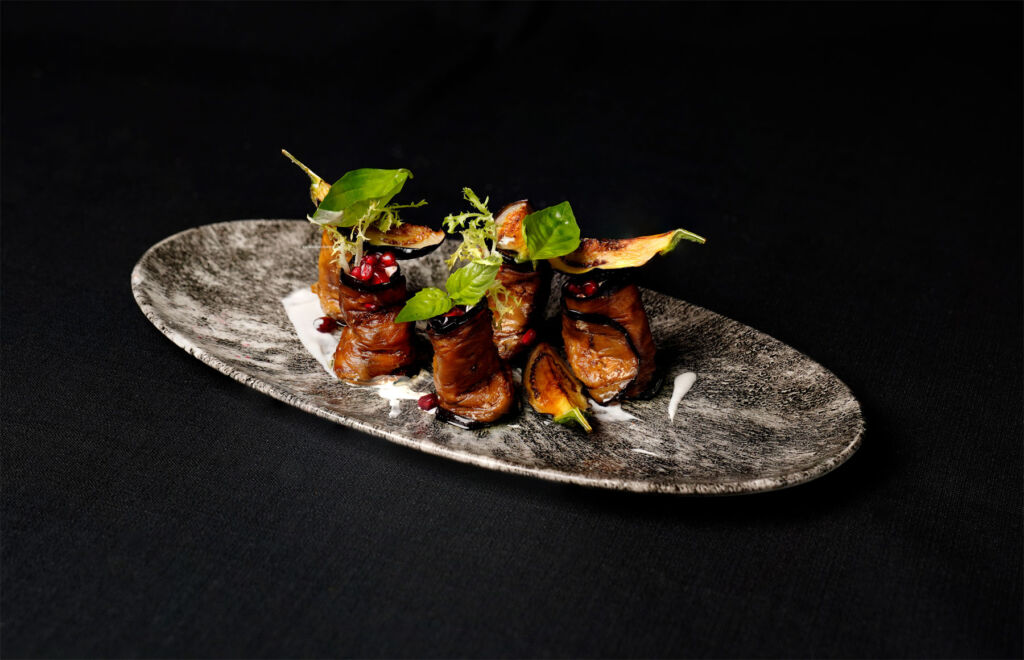 Further starters were bought to our table in the form of eggplant rolls (above), cheese borak, and lentil kofta. For the mains, the showstopper was the mixed grill of chicken and lamb marinated in Armenian spices with a side of grilled tender stem broccoli with chilli and diced spicy potatoes.

The broccoli was actually spicier than the potatoes, which Francesco was apprehensive about. Coming from Sardinia, he’s not overly familiar with spices, but the ones mixed through the dishes at Lusin were a pleasant introduction for him. 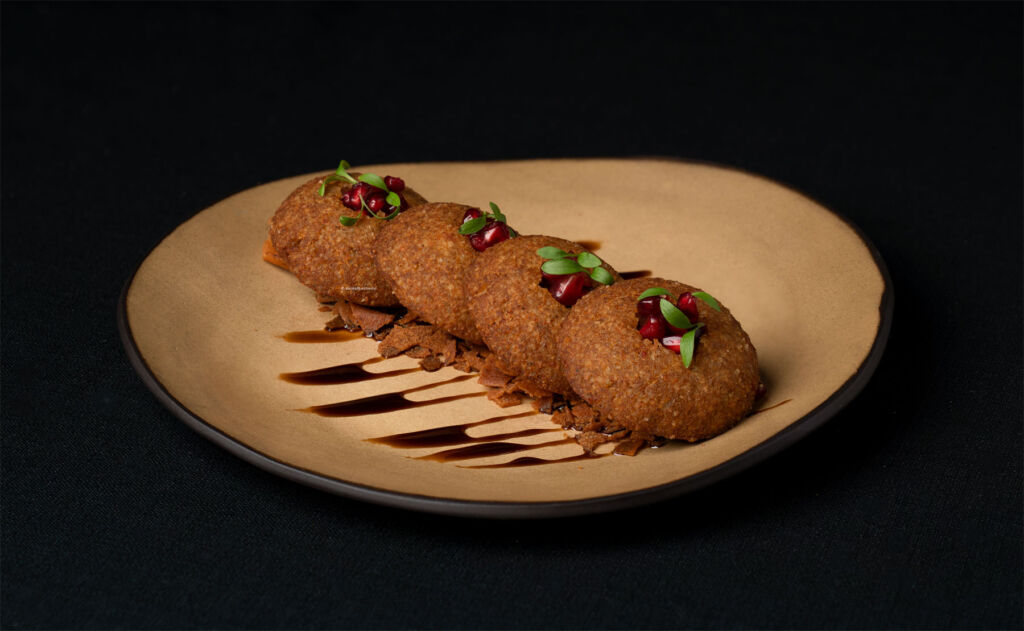 We didn’t get the chance to tuck into The Signature Lusin Kibbeh (above) during our visit. Prepared with a special recipe of mixed daily-fresh meat, bulgur & nuts, seasoned with distinctive Armenian spices and savoured with pomegranate molasses. From the audible sounds of the diners sitting near us, this distinguished dish appeared to be a winning one. 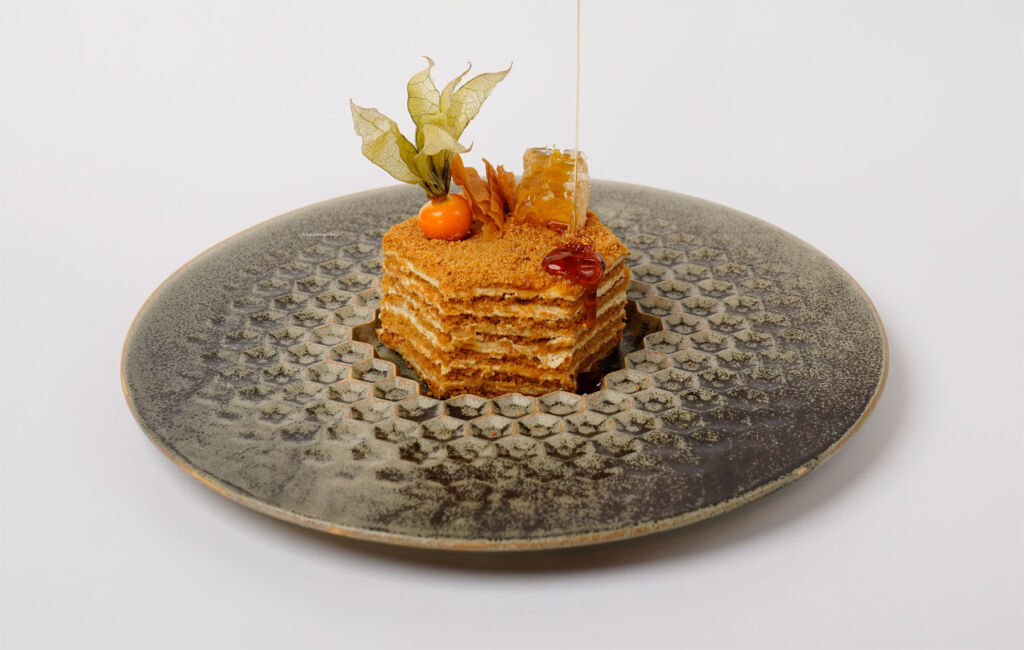 Dessert was Honey Cake and Lemon Tart, and both helped round off the meal perfectly. Both light in texture, they were pleasantly sweet with subtle flavours coming through and were a welcome transition for the tastebuds from the savoury starter and mains. Despite all the food that was brought to our table, Francesco and I managed to polish the whole lot off. 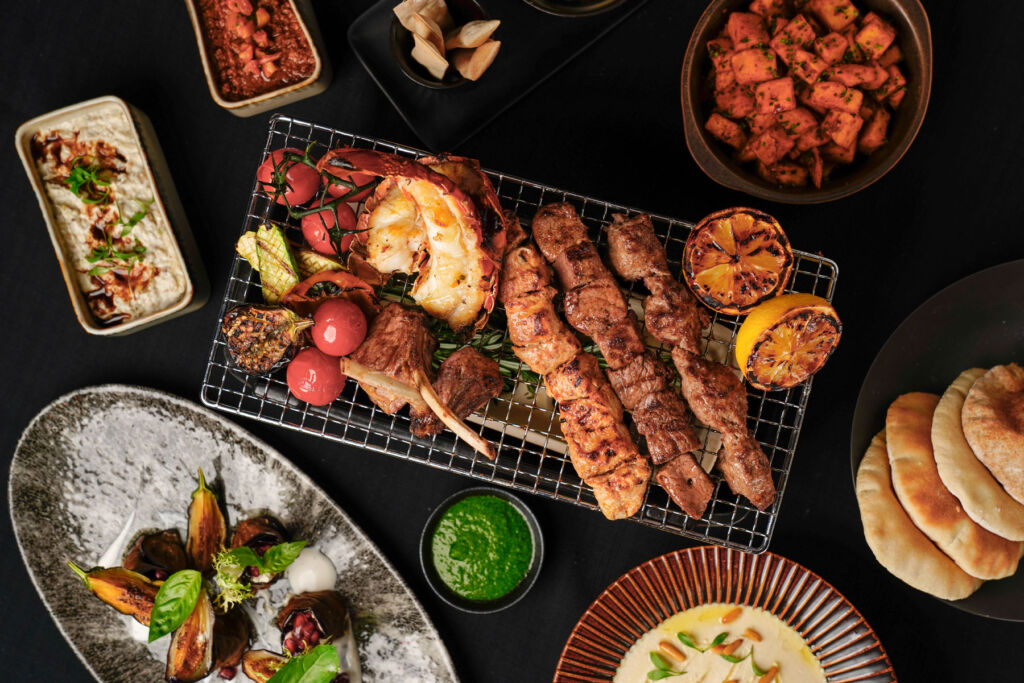 While Francesco enjoyed a glass of red wine with the mixed grill (shown above), I decided to go for a refreshing pineapple mocktail from the menu. But if you want an alcoholic beverage, one can be crafted from a long list which has been put together by mixologist Giancarlo Mancino, official beverage and bar consultant for the Rosewood Hotels worldwide. 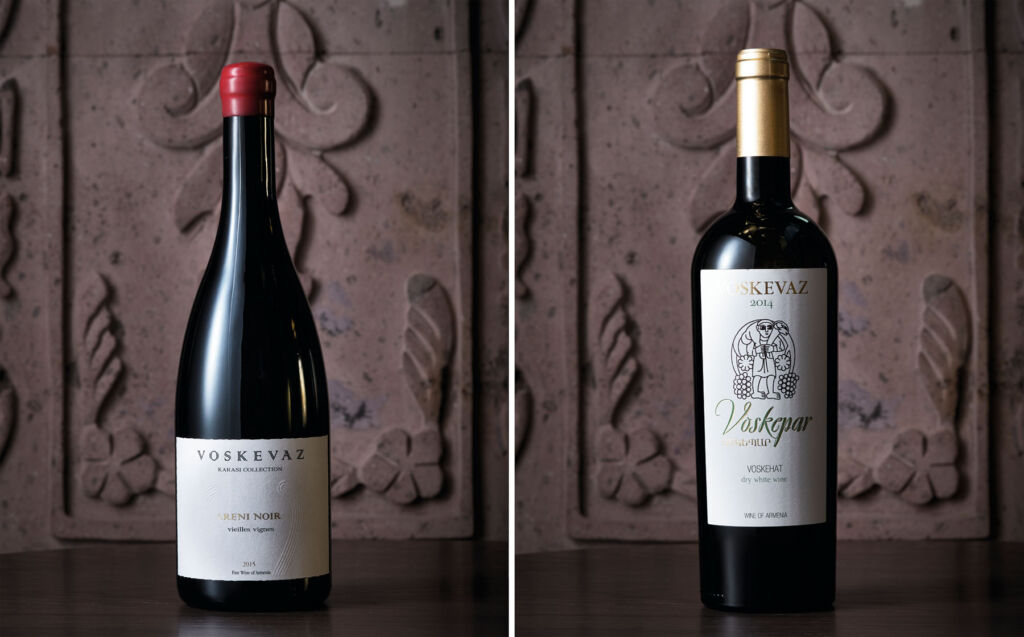 Armenian wines are also available to try for those who want to stray away from the well-known wines of other countries.

Lusin in Mayfair’s mission is to take the diner on a journey celebrating old traditions through its cuisine and combining it with new tastes; The décor is there to set the scene of being in Armenia itself to get the full experience Has it done this successfully? In our opinion, it certainly has.

Lusin – Where and How?

For more information on Lusin or to reserve a table, visit www.lusinrestaurant.com. 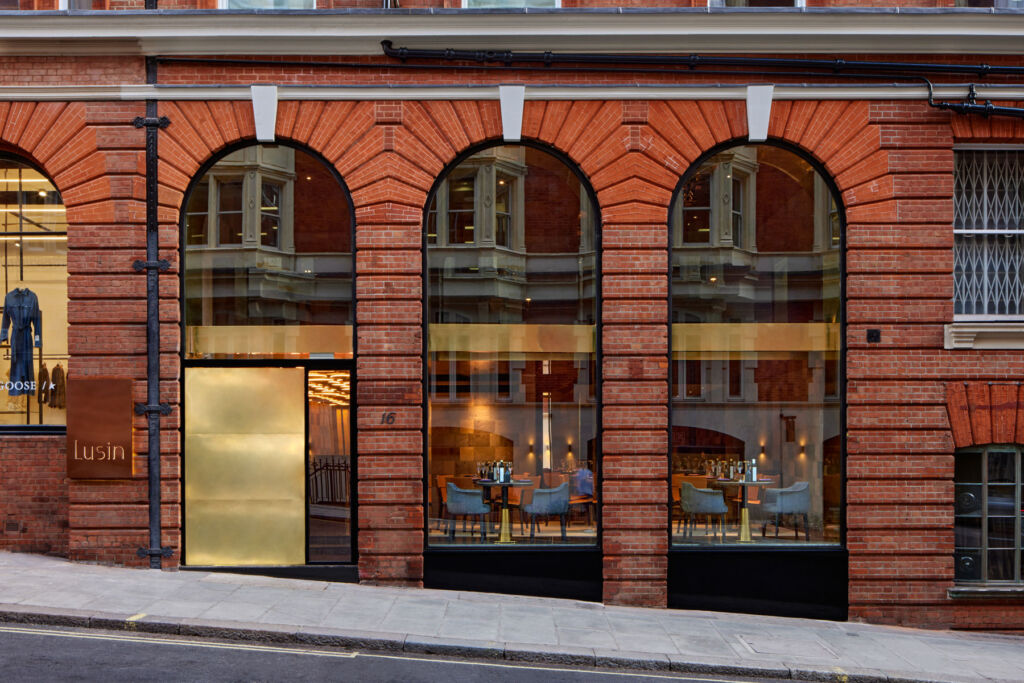