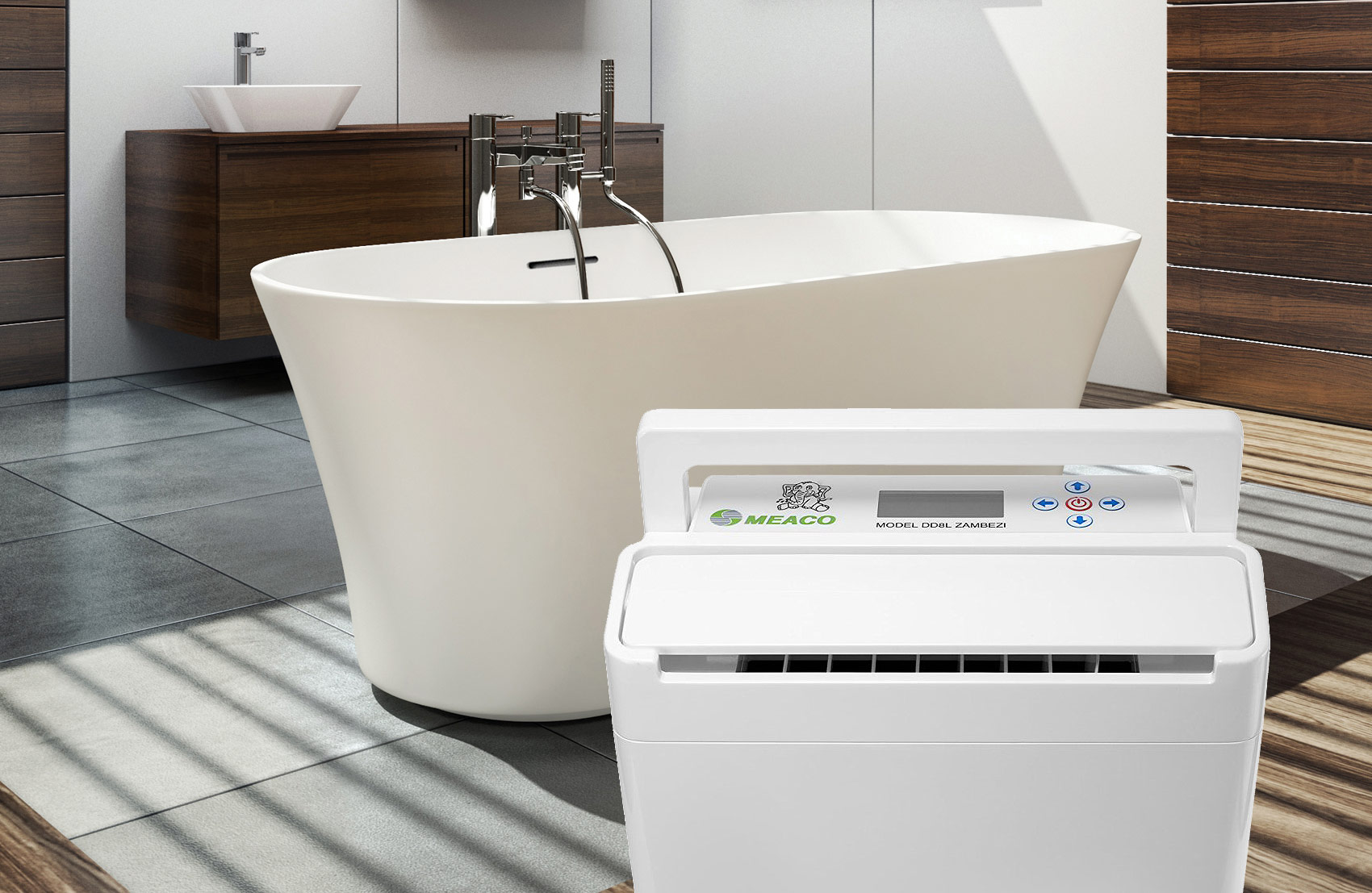 For holiday home or second home owners, damp can be a costly problem. The Meaco DD8L Zambezi is a tech-based solution designed to remove this inconvenience

If you’re resident within a property, opening a window can help to reduce the build-up of that invisible nemesis, air-based moisture. However, letting fresh air in it is not the most practical solution when the temperatures are dropping outside and is obviously a ‘no-no’ when it comes to unoccupied holiday or second homes.

There is little be worse than heading off for a well-earned break to your holiday home than walking through the door to be greeted with a dank/musty aroma, the first indications of a mould or damp problem. Worse still is finding mould on your crockery in the kitchen cupboards, noticing those tell-tale stains on your curtains and mulling over foods which are still in-date but you don’t trust anymore.

I could keep going on as I am writing this from actual experience. Mould, damp and me are at war and thanks to modern technology, I may well have the tools to win the battle. 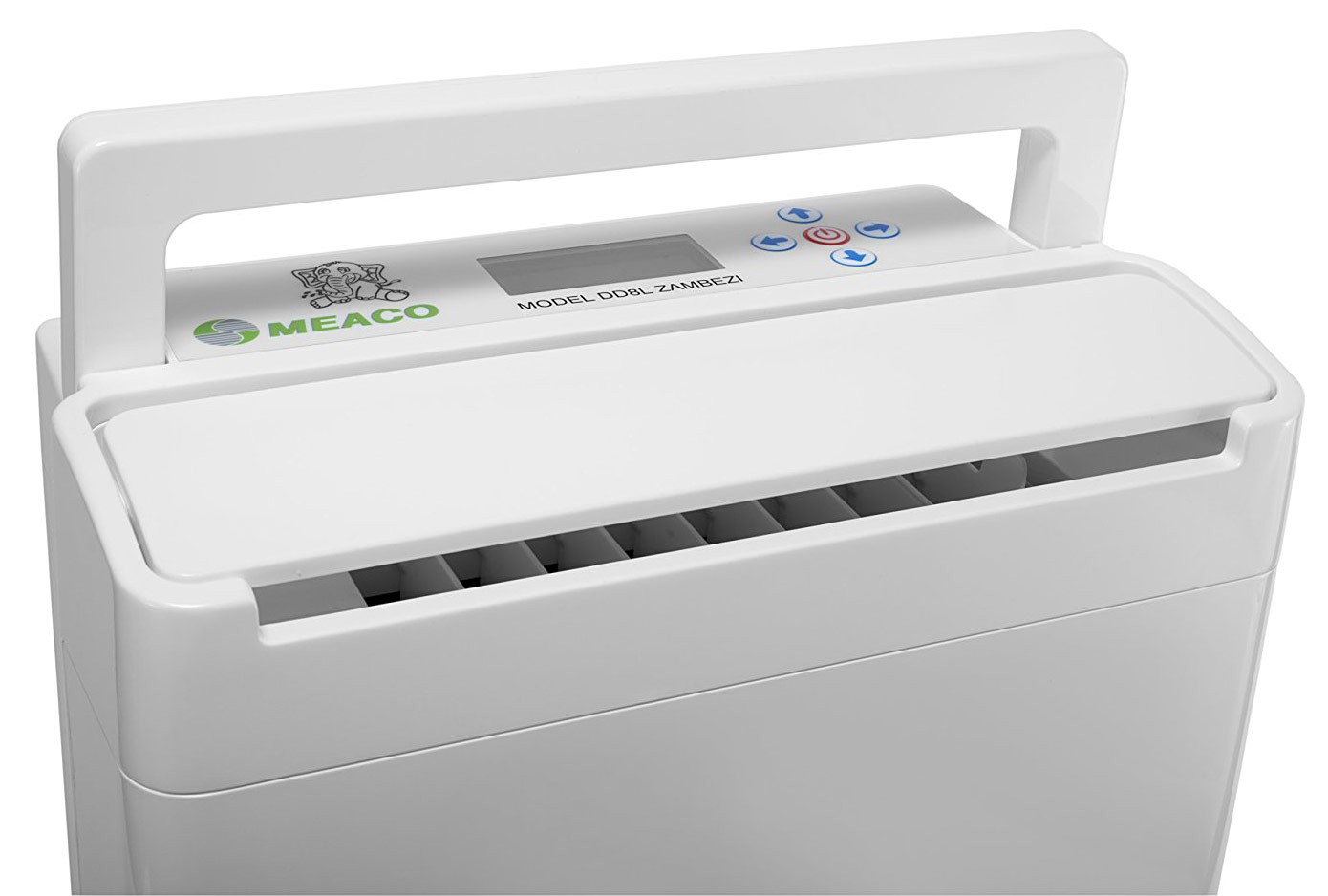 This is the point where I introduce dehumidifier specialists Meaco (U.K.) Limited  with their DD8L Zambezi. In response to mine and others problems and after several years of feedback and comments from their own customers Meaco has recently launched the Meaco DD8L Zambezi dehumidifier.

The most efficient way to develop a new product is by asking people who need them, what they want. Meaco’s customer feedback found that compressor dehumidifiers would not work well at temperatures below 15 degrees, and there were often problems with the machines icing up. The DD8L Zambezi seeks to address these issues, functioning consistently well at all temperatures, plus has a solution to one of the major problems second-home and holiday-home owners face, making a dehumidifier work when no one is present at the property. 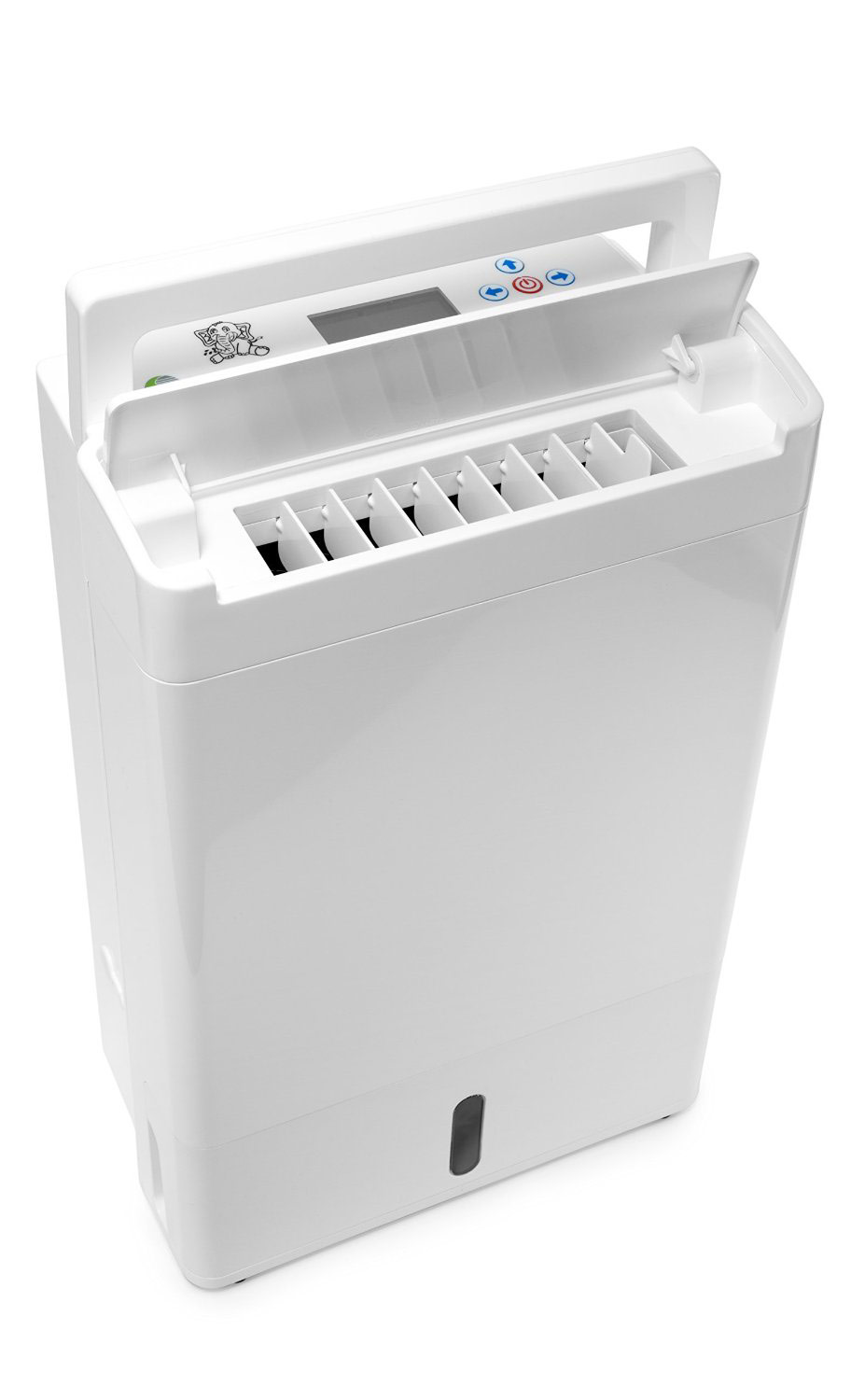 Fortunately, the DD8L Zambezi has a Daily Run Timer to turn the dehumidifier on and off at particular times, allowing owners to  take advantage of off-peak electricity tariffs. The Zambezi DD8L also claims to be the first domestic dehumidifier in its class to offer this unique Timer + control.

Another concern was that the water needed to be drained away continuously and auto-restart if there was a power cut, re-starting in the correct mode. The Zambezi will drain straight into a sink via a hose, and if there is a power cut it will turn itself back on and start working again when the power is restored, and the humidistat ensures that it does not try to over dry and energy usage is conserved. Another world first, the Meaco Control 20+ ensures that if the owner has left the dehumidifier in the wrong setting Zambezi will automatically adjust itself to achieve the humidity conditions the owner desires.

Director of Meaco, Chris Michael, explained. “Every day we have people who call us to say that they are suffering from mould or musty smells and want protection over winter. The Zambezi can do that easily and has the added advantage of adding some warmth to the air, helpful during the winter months. 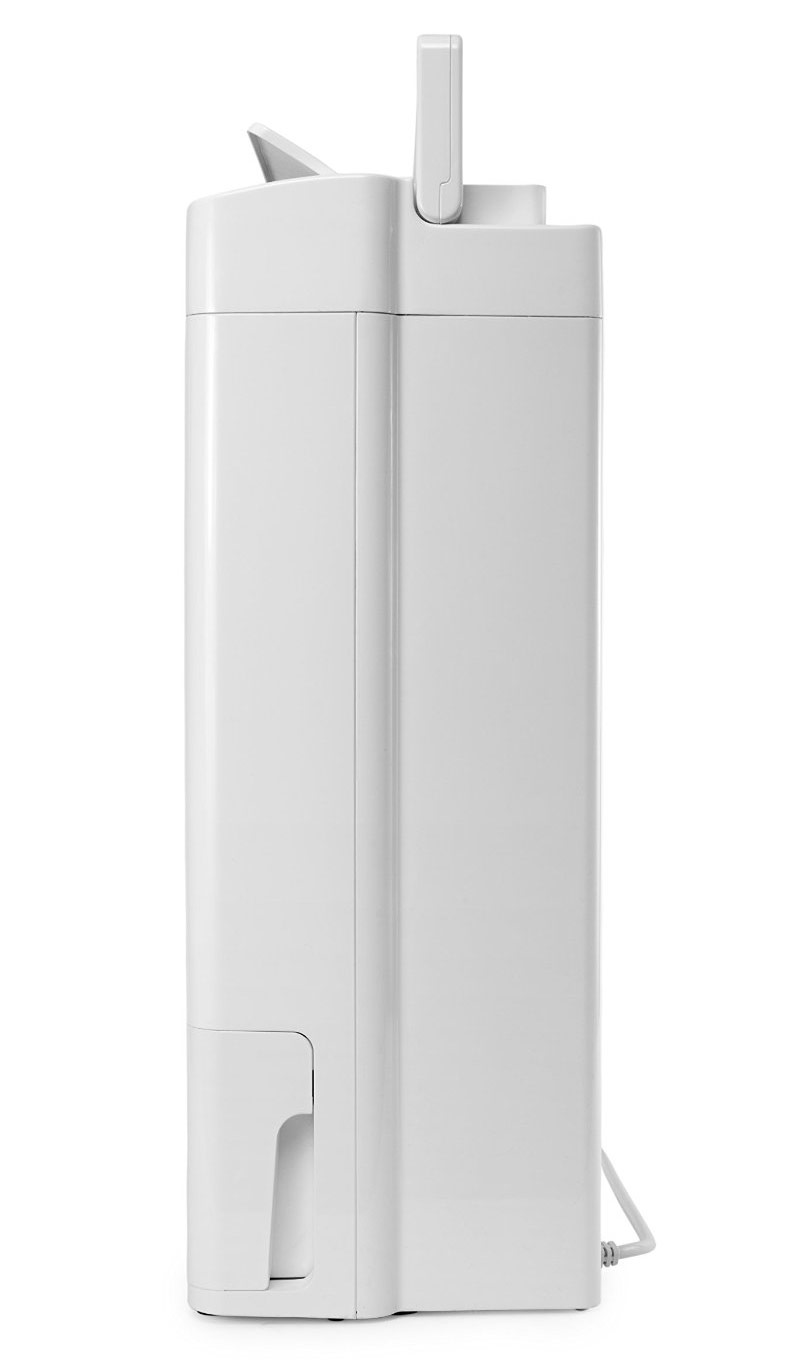 As it is a desiccant dehumidifier it does not have a compressor, refrigerant or cooling coils making it lighter, quieter and kinder on the environment when it has to be recycled at the end of its lifespan. The Zambezi builds on the success of the 2014 and 2015 Which? Best Buy Meaco DD8L dehumidifier, and adds in unique features suggested by customers that result in it featuring 6 unique World Firsts.”

In line with Meaco’s socially aware ethos, and what makes the Zambezi unique, is for every sale £2.00 goes to the David Shepherd Wildlife Foundation to assist their Elephant conservation work in Africa. “Our hope is that it will raise awareness not only of the benefits of dehumidifiers as a way of improving our customer’s quality of life but also the life of Africa’s orphaned elephants,” explained Chris Michael.

Finally, another concern was the cost of running a dehumidifier. In response to this, Chris Michael suggested, “if they close up any vents to prevent air exchanges with outside and use the intelligent electronic humidistat then the cost over the course of a whole winter can be less than replacing a set of mouldy cushions!”

Meaco DD8L Zambezi dehumidifier – Where and how 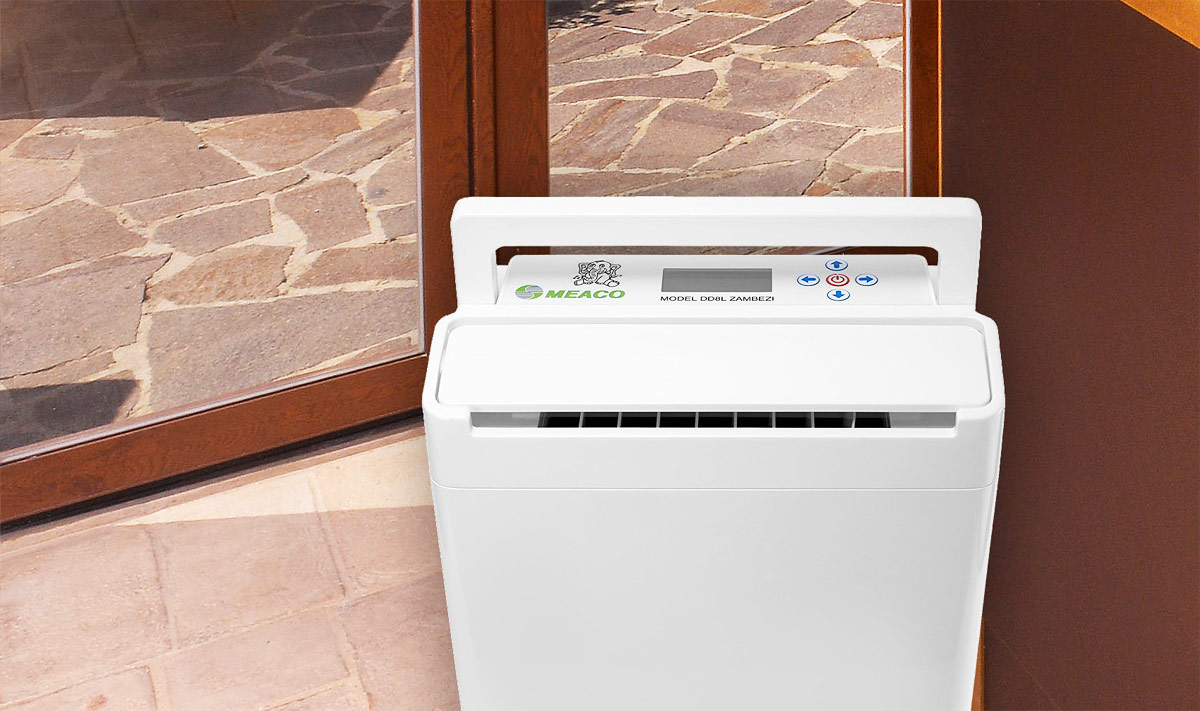