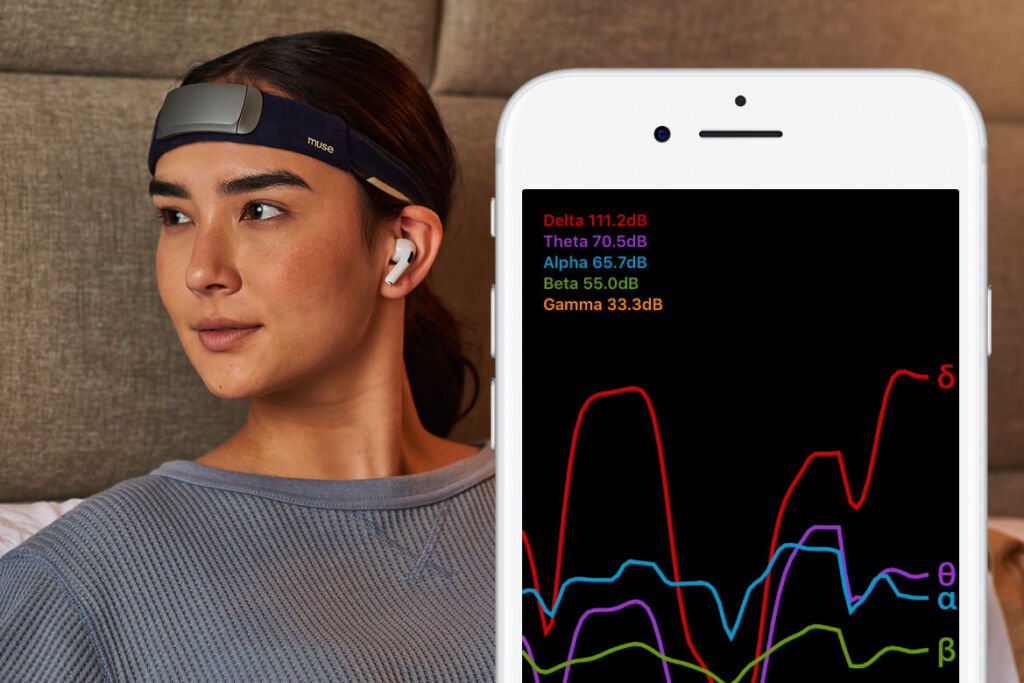 Meditation has become an indispensable component of many lives. One of the most effective tools for helping people do it is the MUSE Headband, a portable EEG brain monitoring system. Although it is brilliant at helping people to meditate effectively, in its off-the-shelf form, it falls a little short of explaining the mind’s inner workings, and this is where James Clutterbuck’s Mind Monitor app comes into play.

Over recent years, meditation has evolved into a lauded activity, and many are finding it a hugely beneficial skill in this fast-paced, information-on-demand world. I use the words recent times, as I only need to look back to the 80s and 90s when it was still seen as niche, strange, and quirky.

Fortunately, science has proven its wide-ranging health benefits, and it is no longer the sole domain of monks and religious teachers. It is now embraced worldwide, with an estimated half a billion people regularly meditating. In fact, based on the last FIFA global census, there are vastly more people practising meditation than playing football, the world’s most popular sport. 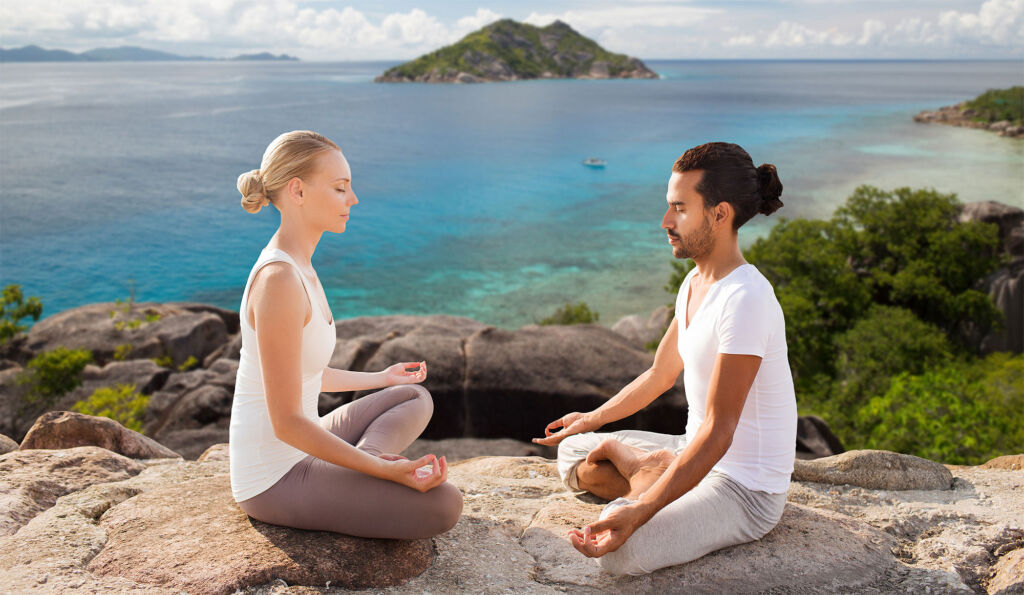 Like many, I paid little to no attention to meditation until the last decade, and it wasn’t until the outbreak of the pandemic that I chose to give it a proper try. Before I had access to Muse, I would meditate by listening to audio via an app, closing my eyes and putting my brain and body in a relaxed state.

Although I did feel good following a session, the everyday stressors and negativity were still there, and as time went on, I became disillusioned as I didn’t feel I was getting all I could from the time I was devoting. 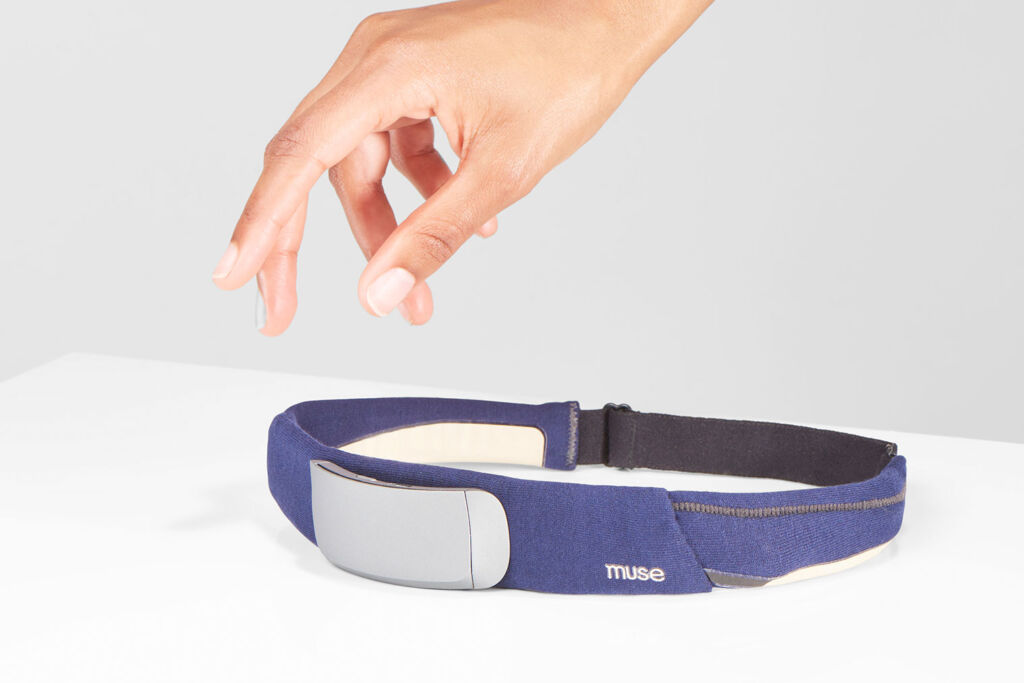 Everything changed when Interaxon, the company behind the MUSE EEG headband, introduced itself to the magazine. Although my high hopes for meditation had waned somewhat, I still harboured some hope and decided to continue my meditation journey using the company’s headband. Not only did I find using MUSE hugely enjoyable, but the benefits were also immediate.

My experience has been so positive that I have continuously meditated every day without fail. I do feel somewhat foolish for not trying it sooner.

Cards on the table, without access to the MUSE headband, I doubt that I would still be meditating today. The headband changed everything, each day, my wife and I look forward to our meditation sessions, and after twenty years of marriage, we know each other well enough to see the positive change it has brought.

What is the MUSE Headband?
The MUSE headband is basically a headband with multiple EEG sensors built into it. It utilises similar technology to that found in clinics and hospitals to investigate the status of your brain. However, rather than being a mass of wires placed onto the head, the MUSE is neat enough to worn outdoors without attracting unwanted attention. 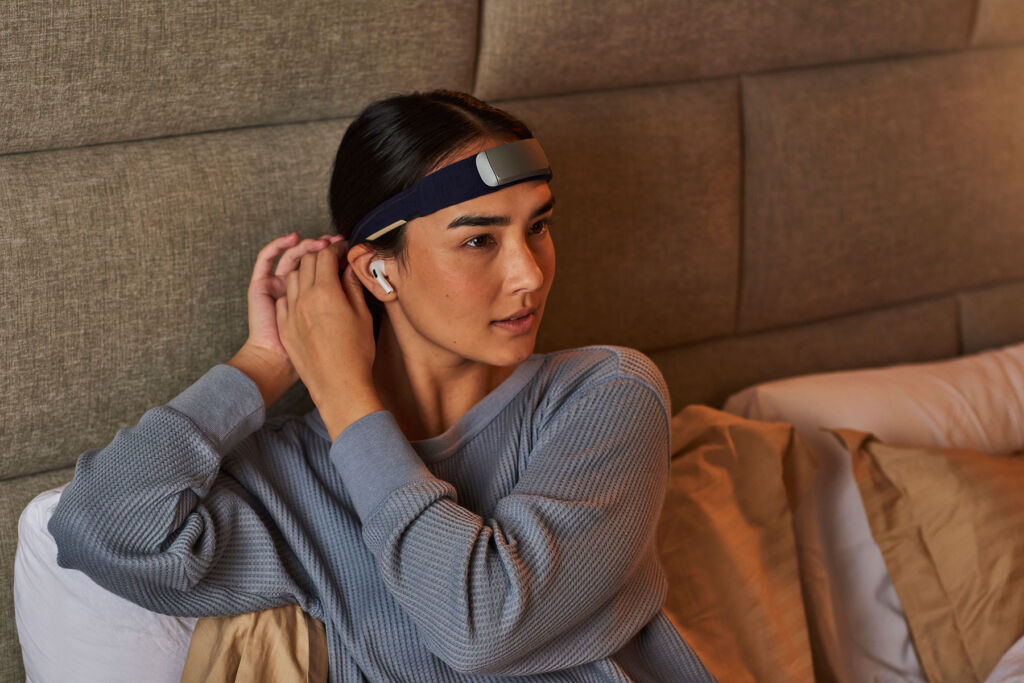 The MUSE headband has a mini-computer unit attached to the front of it. Using Bluetooth, it sends data to an app, which produces easy-to-understand graphs showing your brain waves, alongside other statistics such as how still you are, heart rate, number of interruptions your mind experienced etc. 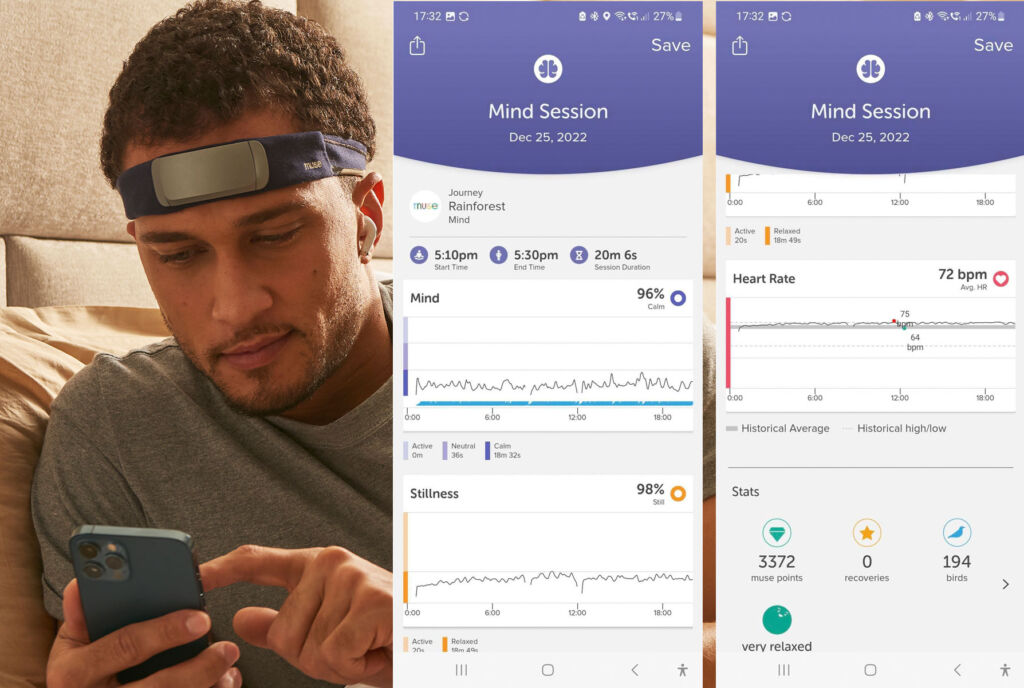 As good as the data is, as with anything in life, the more you practice, the better you become and with that comes a craving to learn and see more.

Over the past couple of years, I have experimented with different types of meditation. Research has shown that there are often increases in Alpha, Theta, Gamma, Beta and Delta brainwaves in the brains of people who meditate, and each type of brainwave brings its own set of benefits.

Although the MUSE system is quite brilliant, there is a slight downside, and it is with the MUSE app. It doesn’t allow you to see the types of brainwaves you’re producing during meditation sessions.

While browsing a MUSE meditation community page on Facebook, I regularly saw posts containing a variety of beautiful, colourful graphs, the type I would expect to see at a hospital or in a laboratory. All of the graphs were produced by an app called Mind Monitor, and I was intrigued. What grabbed me was Mind Monitor gave me the ability to see each brainwave type, plus a lot more data and doing this through a MUSE headband.

To help people to meditate effectively, MUSE uses audio assistance, and it is brilliant for focused meditation. However, my meditation had evolved, and one thing I was doing more and more of was a more ancient style of silent, unguided meditation. 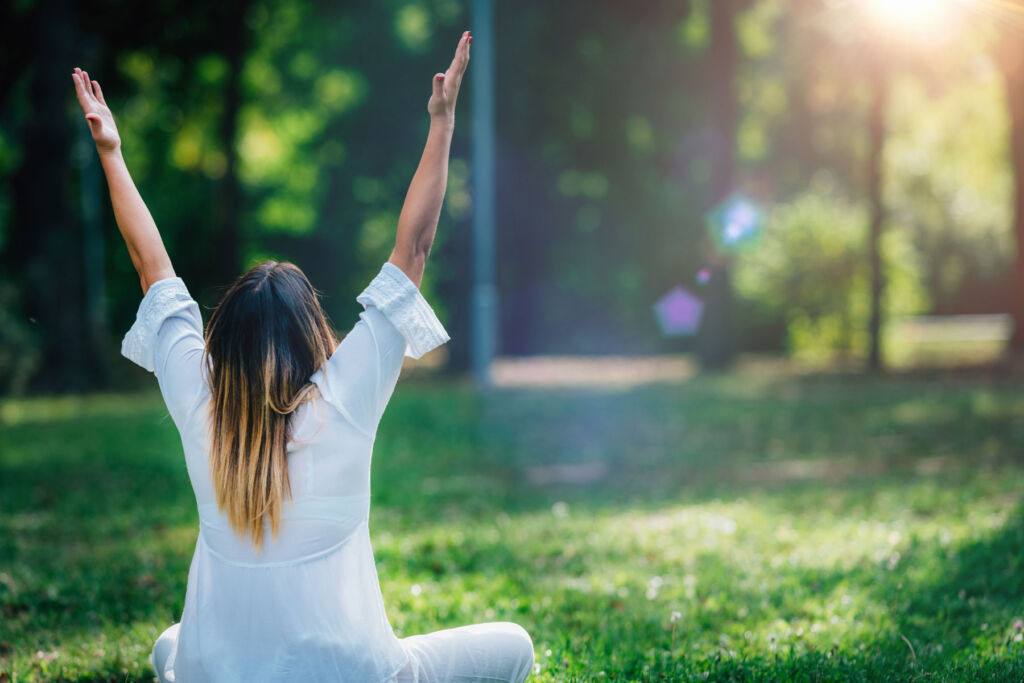 Silent meditation is one of the oldest and most basic forms, and it can move me to a state where I feel I am outside of my human shell, moving to what some would call other realms within my consciousness.

It is difficult to describe what it is I experience, but I’ll try. I begin to see vivid geometric patterns, which morph into what can best be described as South American hieroglyphs, and bright colours. I also get a sense that all my limbs are weightless, and I have to concentrate to prevent them from rising.

At the session’s end, my mind felt like someone had put a pressure washer in my ear and flushed out all my thoughts, leaving me with bliss and contentment.

As I explored this particular practice, I craved some data to show what was going on in my mind; in particular, I wanted to know the specific brain waves I was producing so I could try to adapt my practice and keep improving myself. 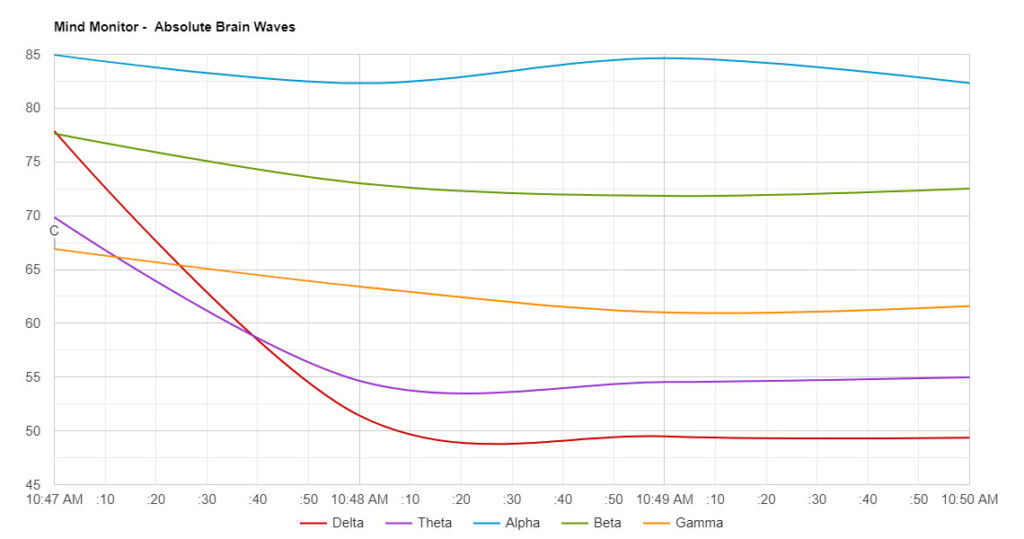 Mind Monitor
The Mind Monitor app was created by James Clutterbuck, and it’s an incredible piece of software that shows you just how extraordinarily capable the Muse Headband is in real time. What James’ Mind Monitor app does is rather than let you look through a window at the essential workings of one’s mind, he opens the window and takes you inside.

As I am not a specialist in neuroscience, please excuse me for not going into detail. Instead, I’ll state that it produces professional-grade charts that even a non-neuroscientist like myself can read.

In addition to creating the app, James has added a clever feature to his website, the ability to directly upload the data, which is then converted into full-colour charts. The data collected by the app can also be streamed over Wifi to your Mac or PC, uploaded directly to a Dropbox, emailed and shared via brainwave photos with your friends.

Mind Monitor displays four types of graphs, which are:

In addition, Mind Monitor also displays graphs showing accelerometer data, which is the effect of gravity on the headband measured in g (9.81m/s2), and gyroscope, which shows the amount of rotation from the last position of the headband.

Final thoughts
The Muse headband and the Muse app are brilliant, but sometimes, to allow one to improve and learn, you need to mix things up, and this is precisely what James Clutterbuck’s Mind Monitor allows you to do. Although it has features that would excite a brain specialist, it is simple enough for a non-medical expert like myself to use, and it connects with the headband immediately without a problem.

Meditation with MUSE and its soundscapes is a pleasurable experience; however, I advocate for everyone who meditates to switch off from everything and focus on nothing in silence from time to time to experience different benefits.

Even when you feel you are in that Zen moment, with no movement or distractions, just the sound of your body, it’s incredible what your mind is doing, and Mind Monitor not only shows you this in a beautiful way, it gives you a greater appreciation of why it is essential to look after that mass of grey matter atop your body inside its bony shell.

Mind Monitor is a must-have for anyone with a Muse headband. It gives you valuable feedback and incentivises meditators to explore other forms of meditation. It lets the user see how different forms of meditation can benefit the mind and body, and its low price makes it difficult to resist.

Mind Monitor – Where and how?

The Mind Monitor app is available on Google Play, the App Store and Amazon. For more information on Mind Monitor, visit https://mind-monitor.com/.