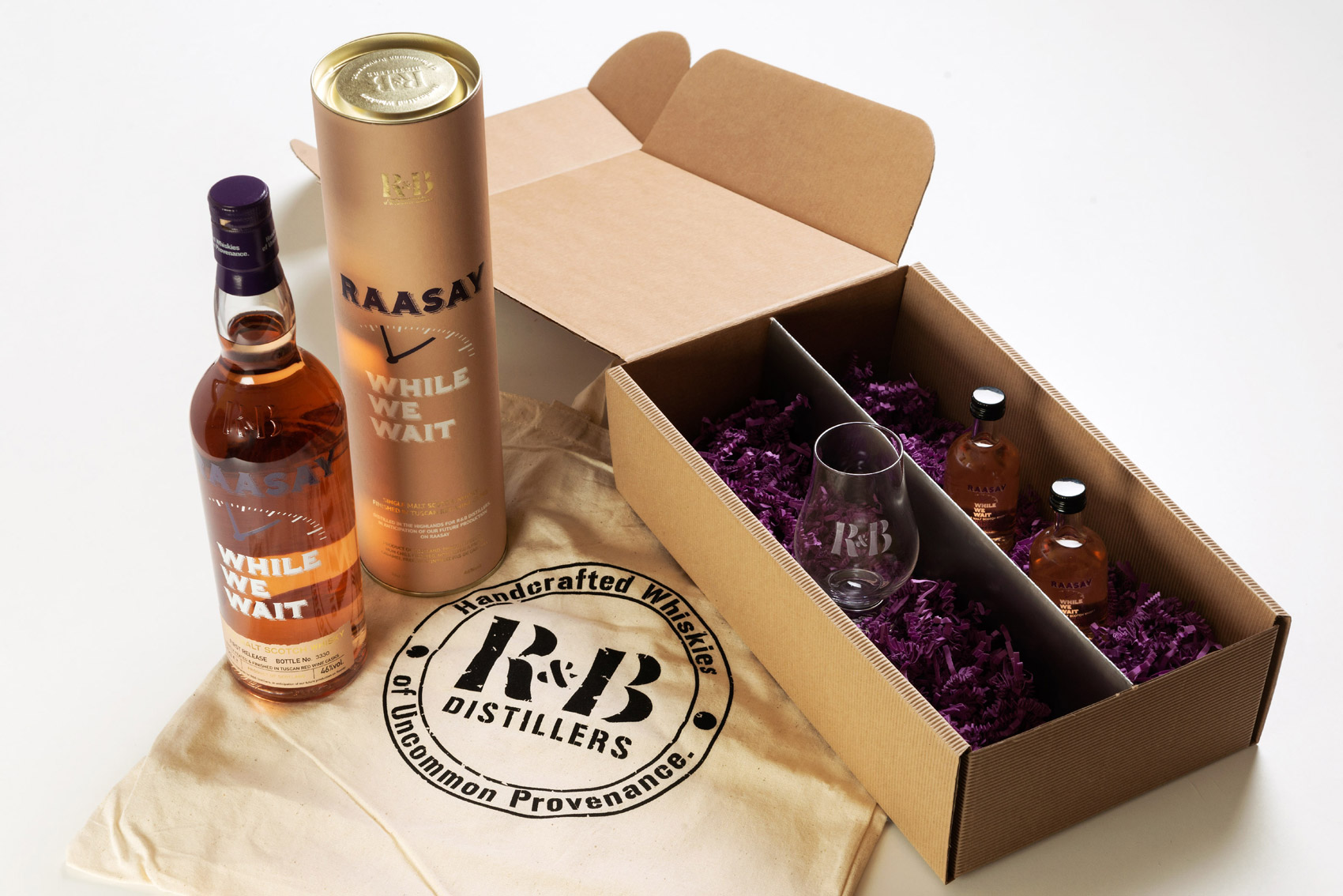 Firmly ingrained in family history whilst simultaneously being a taste of the brand’s evolving future, Raasay While We Wait and Borders, two distinct and full of character whiskies, will mark a new chapter for R&B Distillers. Sabi Phagura caught up with marketing manager Zoe White to find out more about the company’s next exciting chapter.

LM: We understand R&B has an amazing history, could you explain how the company came about?
ZW: The story of R&B Distillers begins with Co-Founder Alasdair Day’s own family history and our heritage brand The Tweeddale. Day’s great-grandfather originally blended The Tweeddale in Coldstream, Scottish Borders in the early 19th Century at licensed grocer J&A Davidson which later became his namesake, Richard Day. Years later in 2009 his great-grandson, our Co-Founder began recreating blended whisky from the recipes in his inherited cellar book – an accounts ledger/whisky blend blood. After producing five batches of The Tweeddale Blend, Alasdair met our other Co-Founder Bill Dobbie with aspirations to build distilleries of his own. With this family heritage in the Borders and his maternal great-grandfather from the Hebrides and Bill’s ties to the remote island of Raasay through a close friend and their combined desire to build craft new Scotch whisky, R&B was born in November 2014.

LM: How much has the company changed over the years?
ZW: In the first year of R&B Distillers we continued to promote The Tweeddale and began building the brand of Raasay and Borders. In 12 short months, we brought out two new whiskies and created a following of loyal customers.

LM: R&B have now been granted permission by the Highland Council to bring the first legal distillery to Raasay in the Inner Hebrides. How long did the process take? 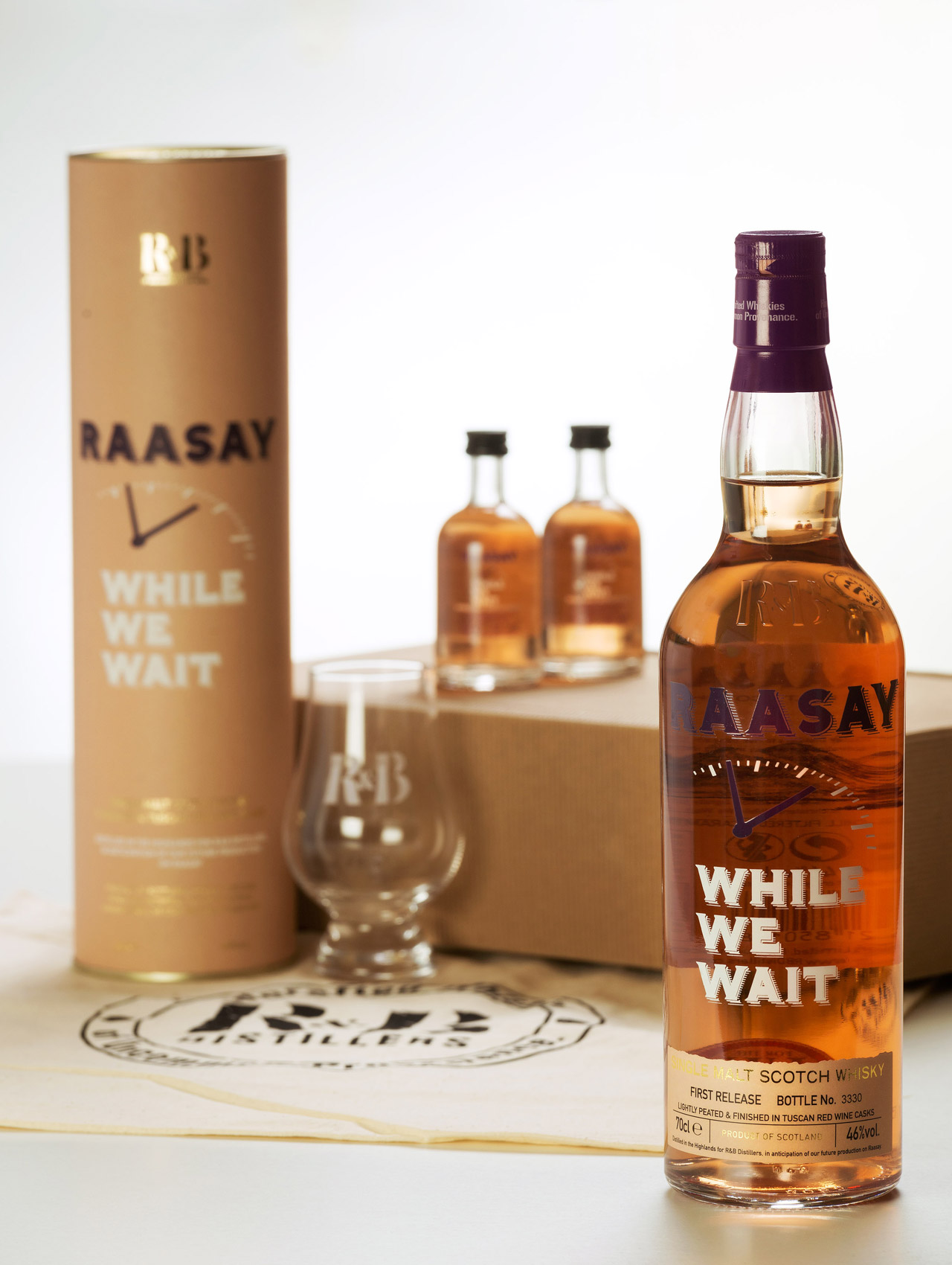 ZW: We undertook a pre-planning application that involved surveying for wildlife at our distillery site on Raasay. Three species, in particular, were included; The Raasay Vole, of which we found none in our area, otters, one of whom graces our site now and then and we have fondly named Olli after our Architect, and bats. In the roof of Borodale House on site we found the UK’s most North-Westerly colony of Brown Long-Eared bats as well as hundreds of Pipistrelles and Soprano-Pipistrelles. Because of this, additional bat surveys covering the Summer months took place so we could include mitigating action to protect the bats in our planning application. The final planning application was approved in February 2016.

LM: How long will it take for the distillery to be built?
ZW: We broke ground on Raasay in May 2016 and plan to be open and producing in the Summer of 2017.

LM: Tell us a bit about the While We Wait single malt whisky?
ZW: While waiting for Raasay Distillery to rise beneath Dùn Caan, we’ve crafted a single malt demonstrating our whisky making skills to offer a tantalising taster of what’s to come. We achieved this by working with a Highland distillery, blending two expressions from this one distillery; one peated, one unpeated. 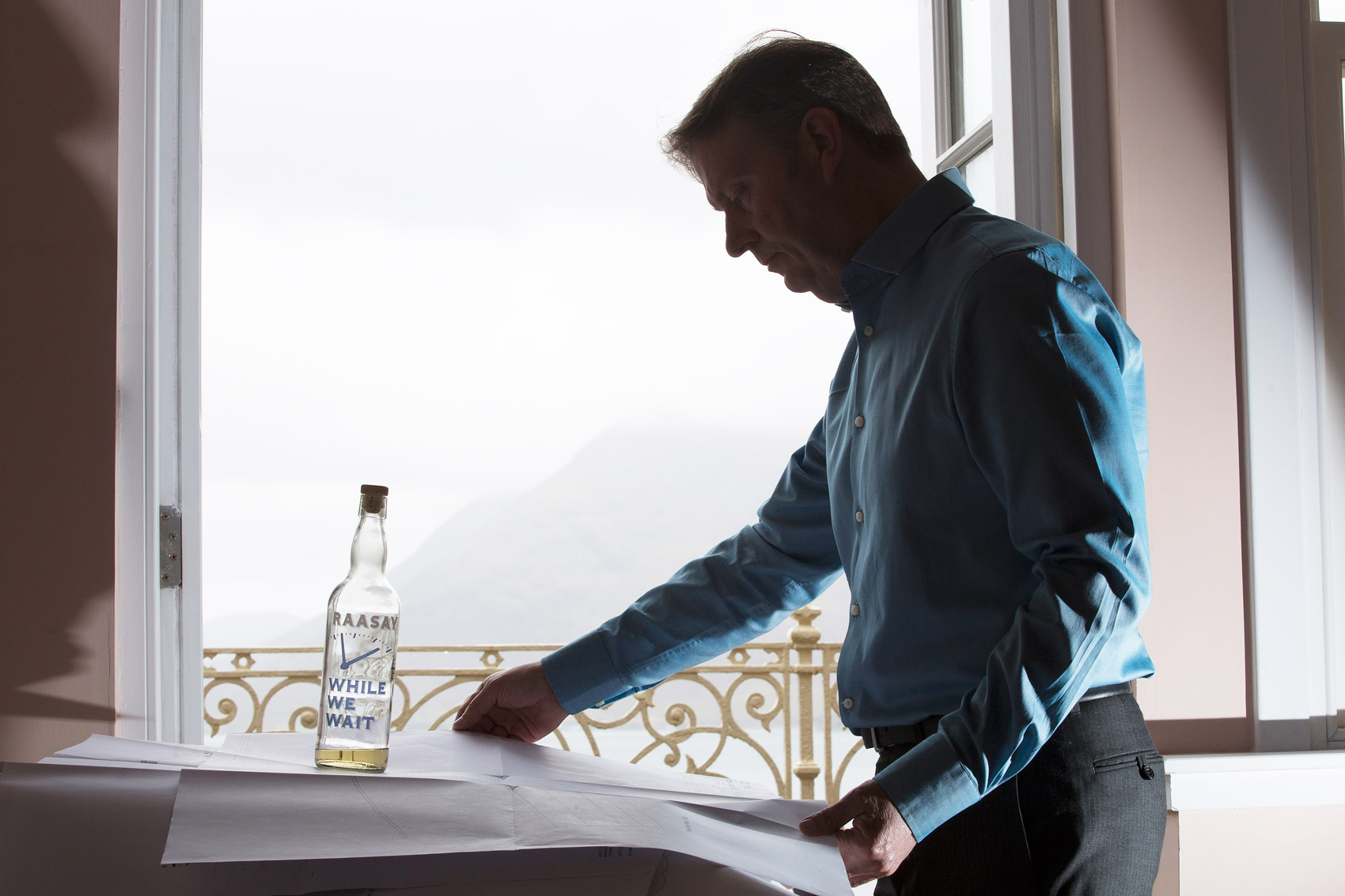 The whisky then finished in our sourced French oak Tuscan wine casks from three vineyards that produce Cabernet Sauvignon and Cabernet Franc. The result? Single malt whisky of uncommon provenance. Aptly enough, this special edition, lightly peated whisky is christened While We Wait. 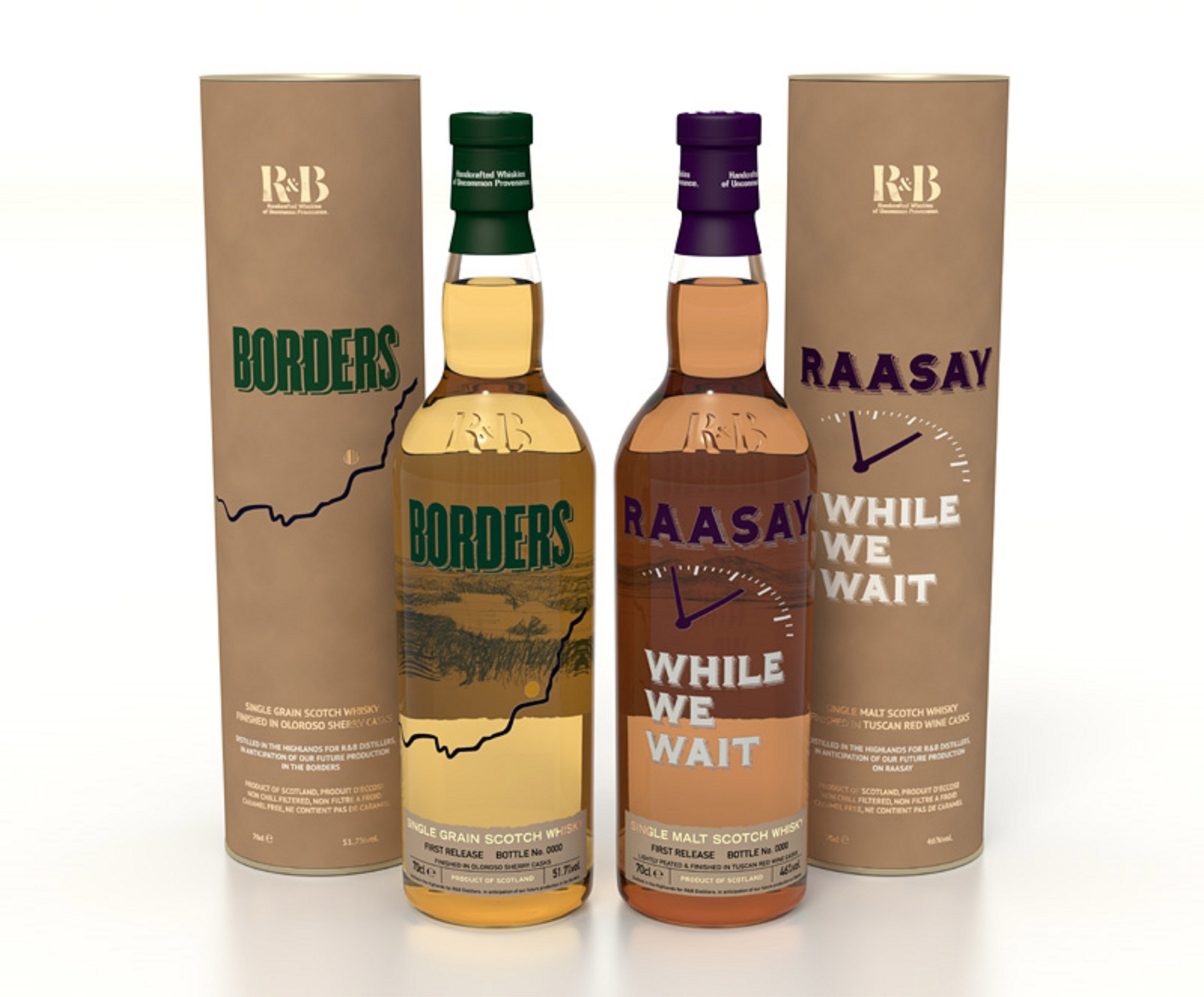 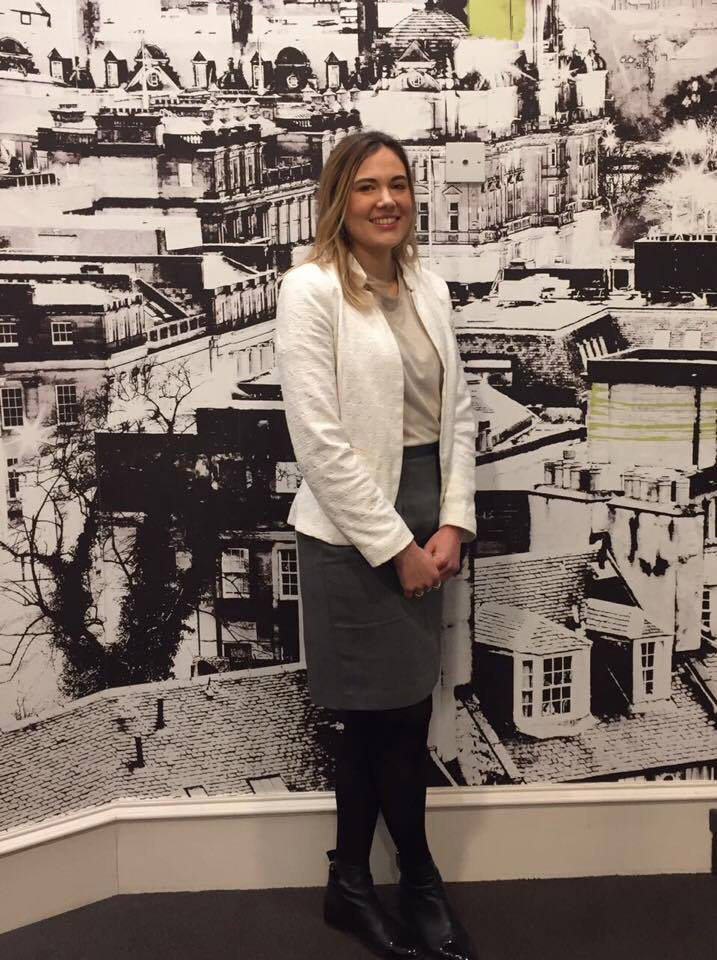 The Last Centennial is a blend of 4 single cask single malts predominantly from Islay, with plenty of Highland and a dash of Speyside – the last casks that were used in all 5 batches of The Tweeddale Blend to date. Our newest whisky is bottled at 52.1% abv, and – as always – non-chill filtered.

We of course also have Borders Highland single grain. An uncommon composition, the only single grain Scotch Whisky that we know of to contain 50% wheat & 50% malted barley from one highland distillery, finished in Oloroso Sherry casks to represent the style of our future Borders distilling. Our Borders highland single grain whisky is a testament to our 19th-century heritage and a nod to our future. The soft rolling landscape of the Borders is reflected in character through the light, sweet notes of this whisky.

LM: We hear R&B Distillers also unveiled membership to their Na Tùsairean club. Can you tell us more please?
ZW: The first 100 casks from the new Isle of Raasay Distillery will be reserved for Na Tùsairean Club. Gaelic for ‘The Pioneers’ it’s a fitting term for just 1000 members who will own the first whisky from this innovative distillery and have their names displayed there. 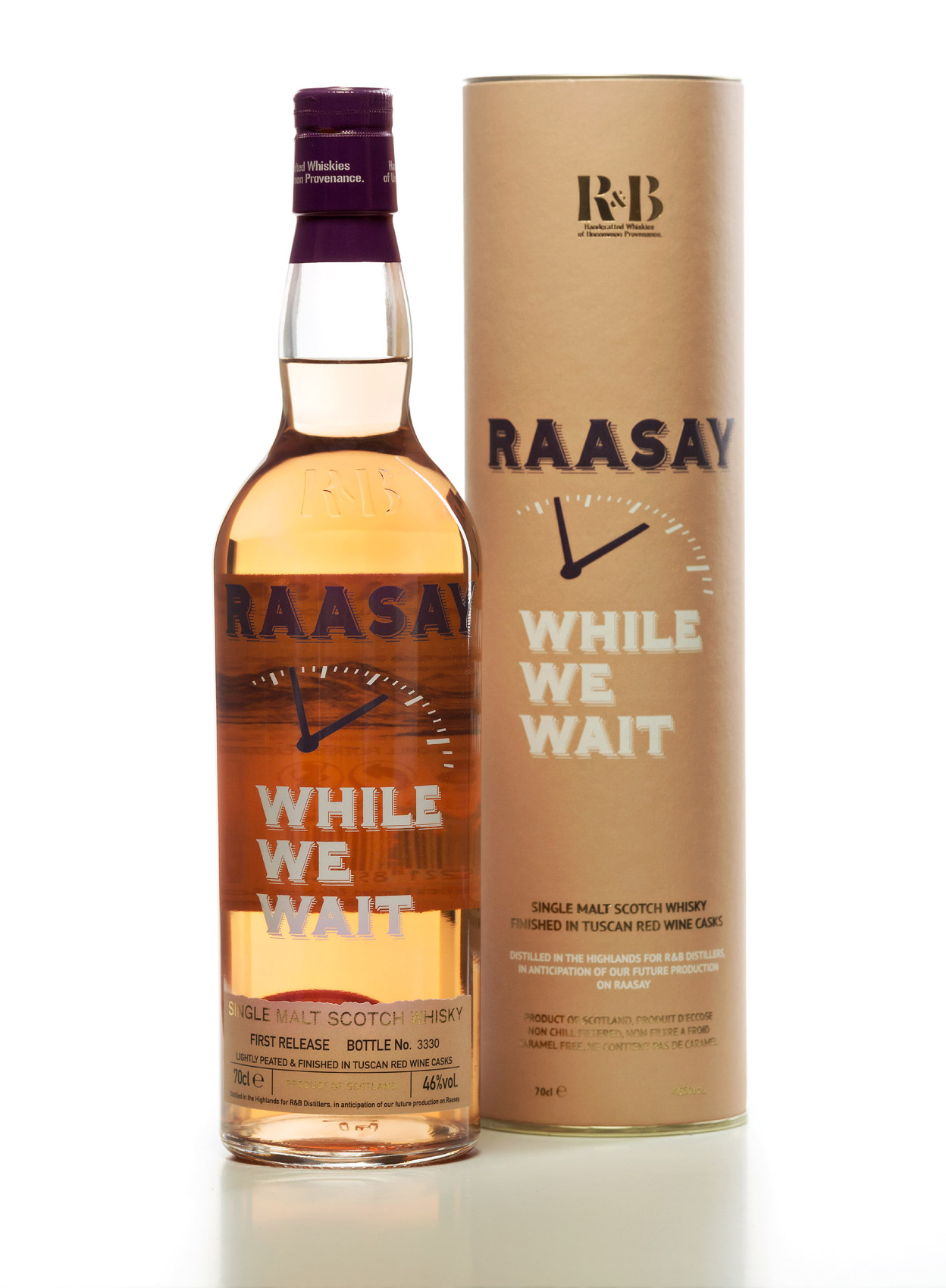 The welcome pack includes Raasay While We Wait single malt with miniatures – so you can collect and enjoy – an R&B branded Glencairn whisky glass, R&B canvas tote bag, personalised membership certificate, card and welcome letter. Each year following you’ll receive Raasay While We Wait until the members’ casks will are bottled in 2020. This first Isle of Raasay single malt will be delivered annually from 3-year old to 10-year old.

Members also experience Raasay in luxury accommodation boasting arguably the best views from any Scottish distillery, and into the production unit. All this and many more member-only offers and invitations are worth over £1,900 for just £999.

LM: Where can whisky aficionados purchase drinks from if they are not in the area?
ZW: Our whiskies are listed with specialist whisky retailers and a number of bars and restaurants around the country, particularly in London and Scotland as well as in parts of Europe and Asia. All our stockists are listed on our website. Our upcoming special release The Tweeddale The Last Centennial of just 240 bottles will be available in the US and exclusively via either our free or paid membership options on our website.

LM: We wish you the very best in the future and look forward to raising a glass soon.
ZW: Thank you.