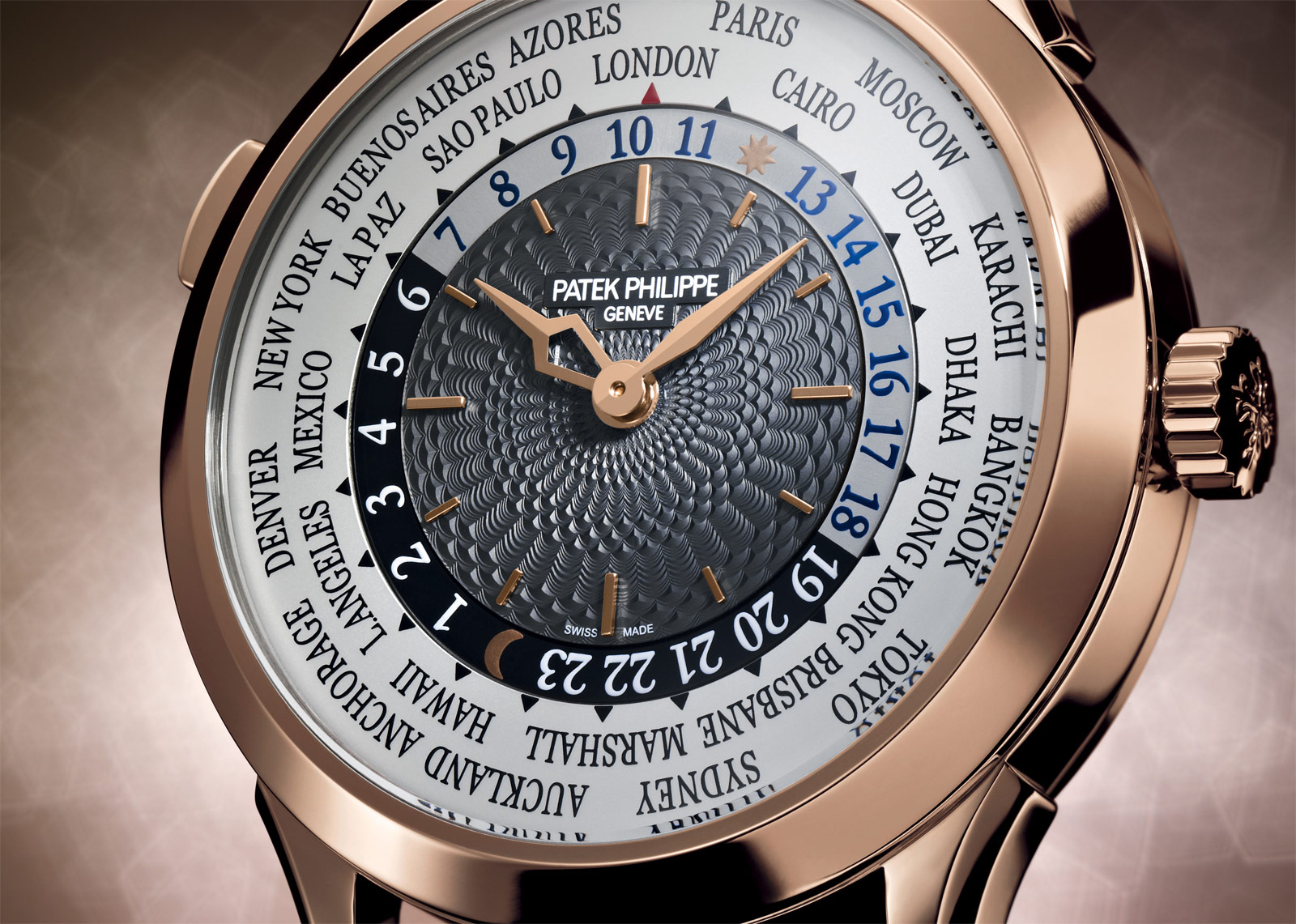 It’s a feat which got watch collectors, lovers and connoisseurs all excited.

Patek Philippe’s World Time Watch has been in the market for about 80 years and it is apropos that this excellent Swiss watchmaker chose Baselworld to introduce a newly refreshed and updated version. With some time zones designations having been changed or replaced, it provided Patek Philippe the perfect opportunity to rework the case, dial and hands of this much-loved timepiece.

Frequent flyers and jet-setters would be happy to note that the new World Time watch has included cities like Dubai and Brisbane and Moscow’s position has shifted one hour closer to Western Europe. Under the supervision of Sandrine Stern, the President’s wife, Patek Philippe’s design team derived inspiration from Patek’s storied past and rich heritage.

The Calatrava case in the new version of the World Time Watch in white and rose gold have changes in its winglet-style lugs and its polished bezel. The hour hand has a hollow element on it, giving it a lighter and more modern feel while its shape depicts the Southern Cross constellation. The minute hand has a lozenge-shaped contour.

For those who travel, this timepiece is a God-send. Showing all 24-hour time zones at a glance, the local time is prominently displayed just above the red arrow at 12 o’clock. The other 23 time zones are readable from the ring which rotates counter-clockwise within the city disk.

Thanks to the ingenious watchmaker Louis Cottier who invented this function which was later refined and patented by Patek Philippe. After pressing the button at 10 o’clock to align the city at 12 o’clock, the hour hand will advance by one hour and the city disk will move by one increment counter clockwise.

The self-winding mechanical movement is ultra-thin and a mere 3.88 mm thin. The patented design winding rotor is integrated into the level of the movement bridges and despite its compact size, it can generate ample winding power due to its solid 22k gold makeup which increases its mass and torque. It has a power reserve of 48 hours with its accuracy exceeding all customary chronometer standards.

Available in two versions- a white gold and rose gold version, the World Time Watch comes with a hand-stitched alligator strap with large square scales and a Calatrava fold-over clasp. It’s a stunner and befits those who only demand the very best in life.

The Angelus U41 Makes It Simple to Explore its Intricate Depths