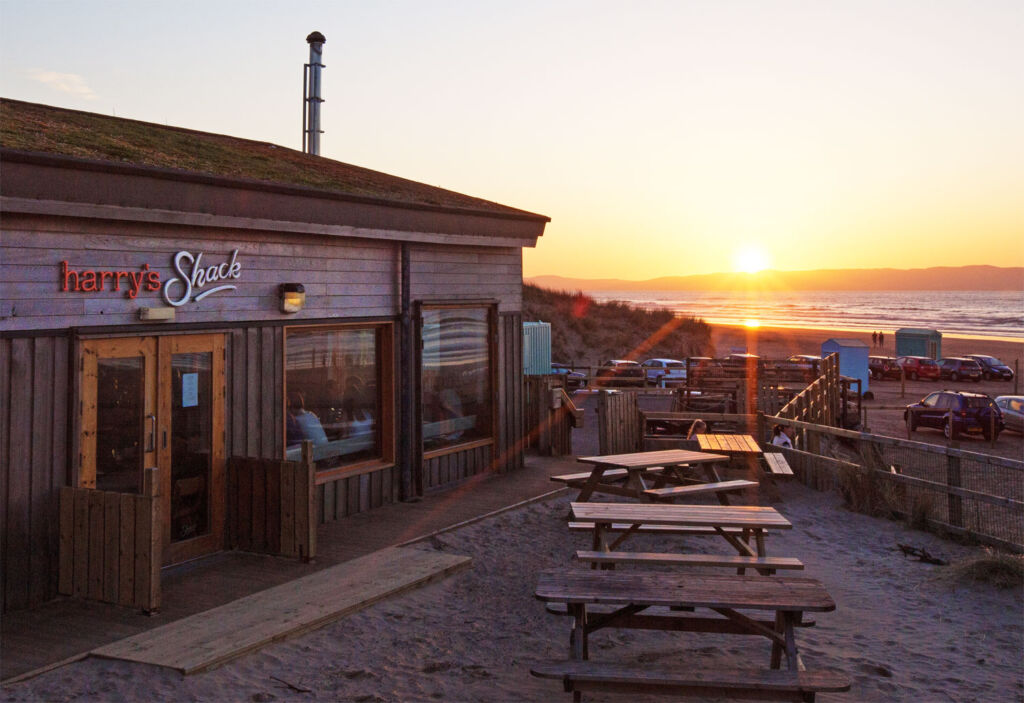 The UK Government is now making it clear it would prefer Brit’s to take a holiday within the country’s borders rather than travel overseas. With that in mind, we’re shining the spotlight on some of Northern Ireland’s hidden foodie gems.

We’ll hold our hands up and admit we don’t cover Northern Ireland as much as we should. However, we’ve been prodded and given that we are now being urged to holiday at home, it’s an ideal opportunity for us to shine the spotlight on Northern Ireland. To start, we’re looking at some fantastic places to eat in the country that might not show up on your travel radar.

There’s a lot to experience in Northern Ireland, and it’s not just its beautiful natural landscapes. The country has some great places to eat, offering authentic street food, amazing fresh seafood and of course, its craft beer industry. With Northern Ireland now open to UK visitors, we’re taking a look at some of the hidden foodie gems dotted around the country. 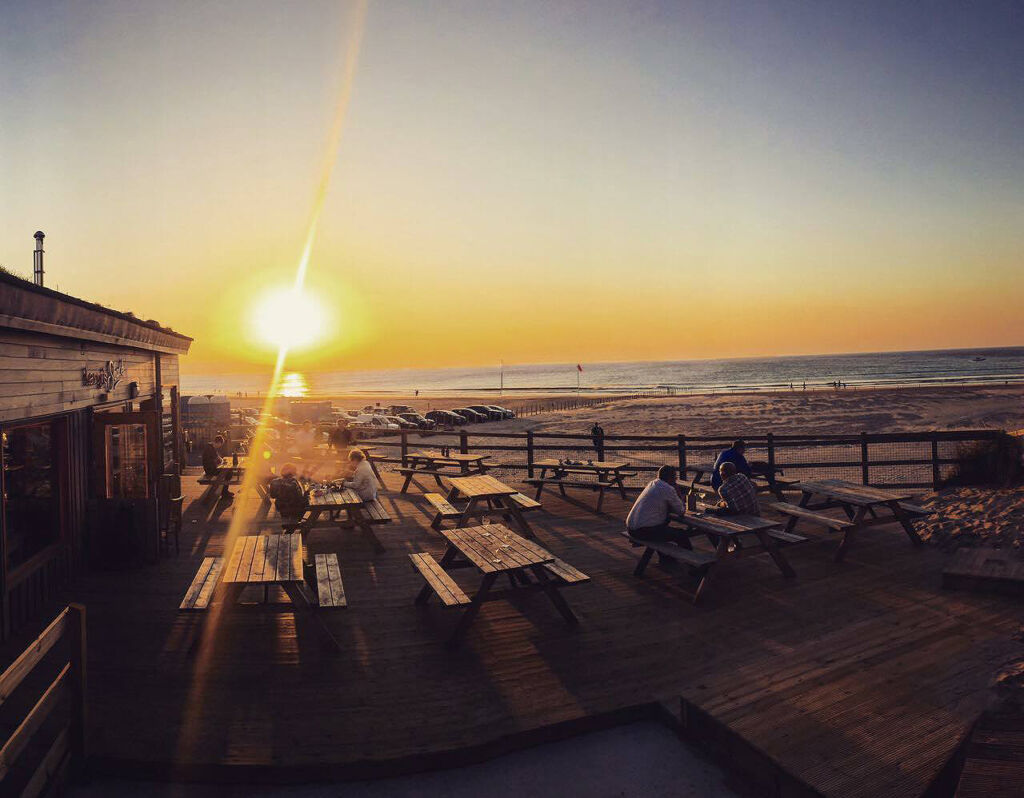 Harry’s Shack – Portstewart, Co Antrim
If you want good food and glorious surroundings, Harry’s Shack is the place to head to. Situated on the edge of Portstewart Strand Beach, this rustic seafood restaurant offers some magnificent views of the Causeway Coastal Route. The fish is freshly caught by local boats, and you can whet your whistle with some fine local beers and quality wines. But first-rate food aside, its biggest lure has to be the views which makes it one of the must-visit places in our 2021 guide.

Walled City Brewery Restaurant – Derry-Londonderry
Over the past decade, breweries numbers in Northern Ireland have tripled even though things haven’t been made straightforward, thanks to what many feel is outdated legislation. However, this doesn’t seem to have hindered the highly popular, award-winning restaurant and brewhouse, The Walled Garden Brewery. 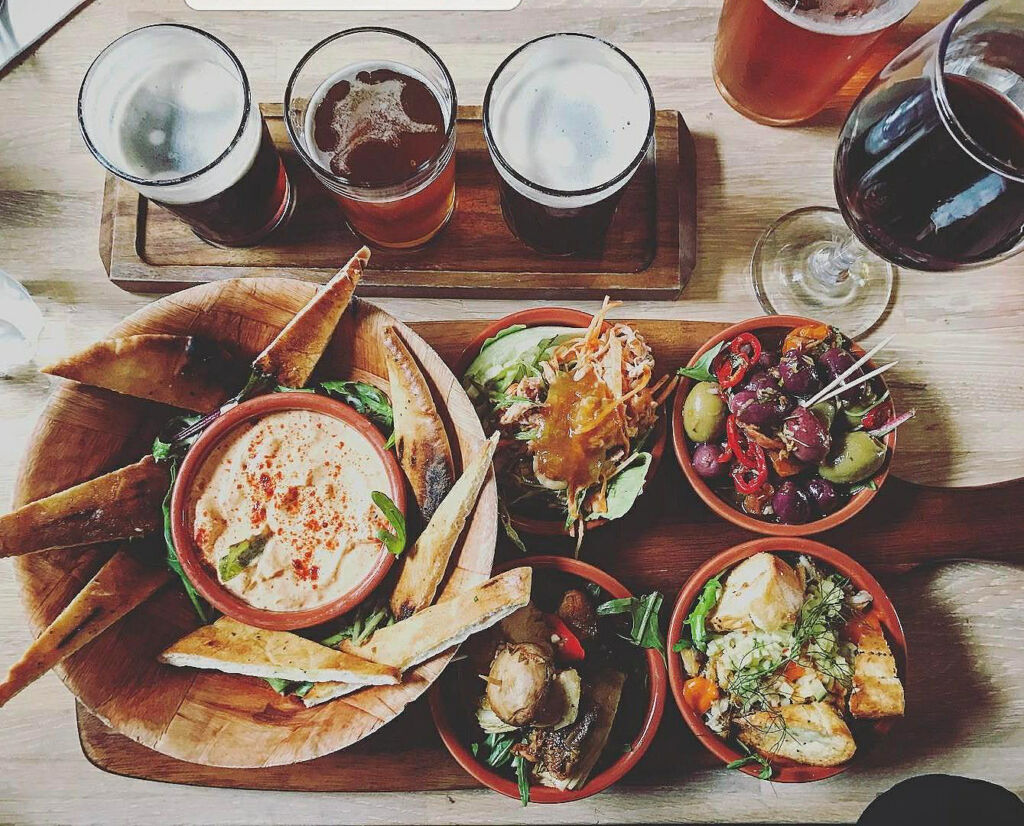 The Walled Garden Brewery is located in Ebrington Square and houses a fully operating brewery and restaurant in the same building. This unique combination is the first of its kind in the country and is somewhere guests can immerse themselves in some incredible food and beer. 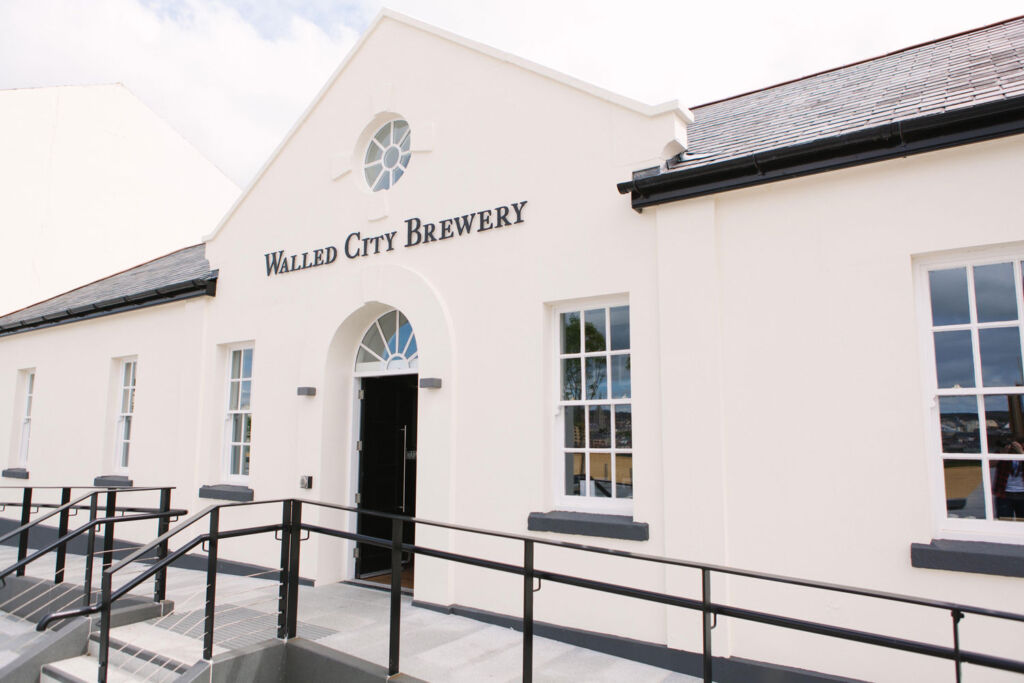 For some, just tasting the beer won’t be enough, and to ensure that any visit is made as memorable as possible, they are also offering Beer Masterclasses. The interactive classes are 90 minutes long and allow enthusiasts to learn all about the history of brewing, along with the bonus of being able to taste ten craft beers. The masterclass is priced from £20pp and runs every Friday from 4th June at 3 pm.

Hidden in the backstreets of the Cathedral Quarter, it was named after the secret society that would meet there over 200 years ago. Visitors to the restaurant can experience a menu of meticulously prepared but simple dishes, a focused wine list and an extensive, innovative cocktail list. 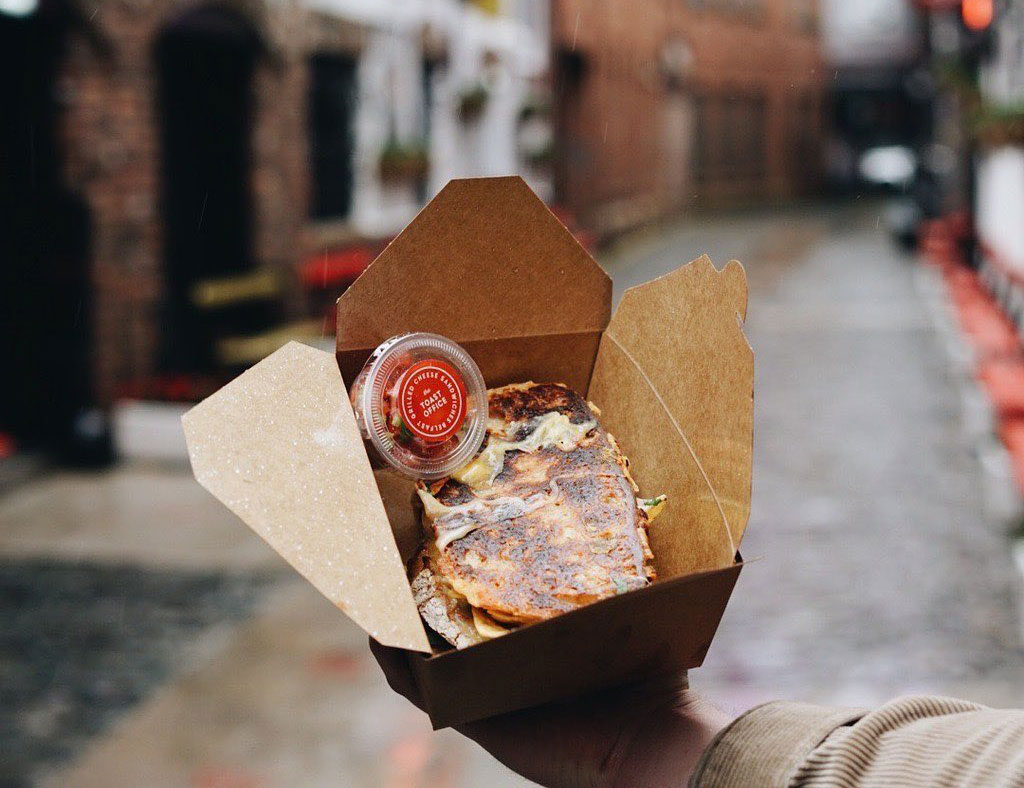 The Toast Office – Belfast
Served from a hatch at the Dark Horse in the heart of the Cathedral Quarter of Belfast, these delicious grilled cheese sandwiches are a must for visitors to the city. The Toast Office has a range of tasty treats, such as the Classic Grilled Cheese, Fancy Ham & Cheese, and even a Vegan Mushroom Melt. They also have some incredible pies on offer, so visitors can fuel up on the sandwiches and pies available here whilst enjoying a day exploring the vibrant city of Belfast. 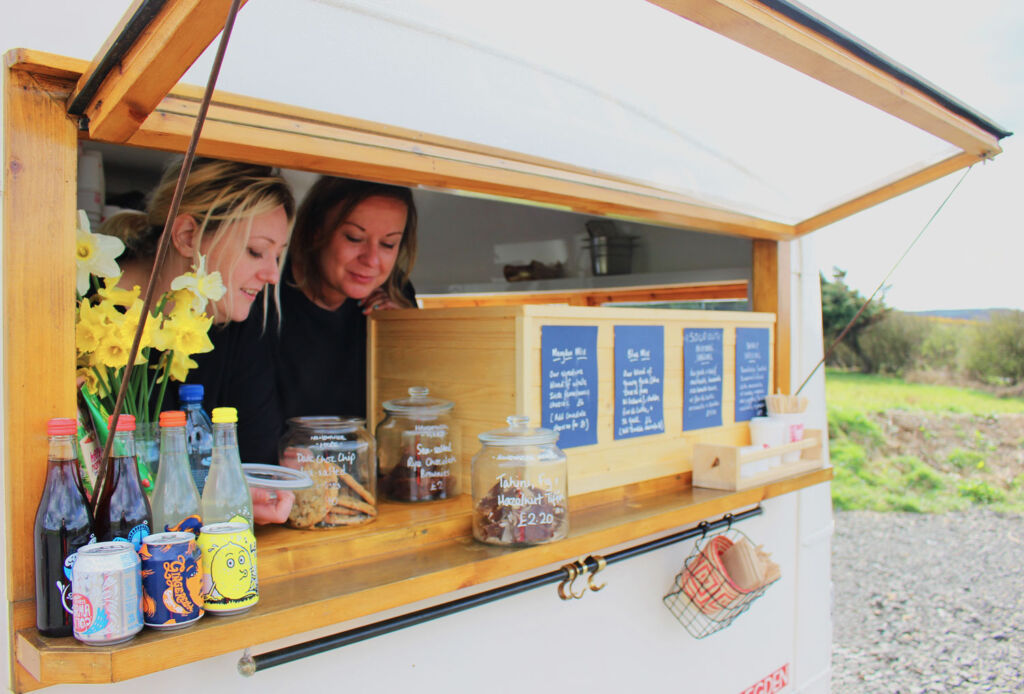 Mini Maegden – Bushmills, Co. Antrim
Savour the taste of gourmet grilled cheese sandwiches, handmade sweet treats and speciality drinks from the hatch of this 1950s caravan food truck. Mini Maegden is pitched in a field just down the road from the iconic Giant’s Causeway, so visitors can grab a mouth-watering grilled cheese sandwich before heading off to explore the stunning scenery nearby. Be sure to get there before they sell out for the day! 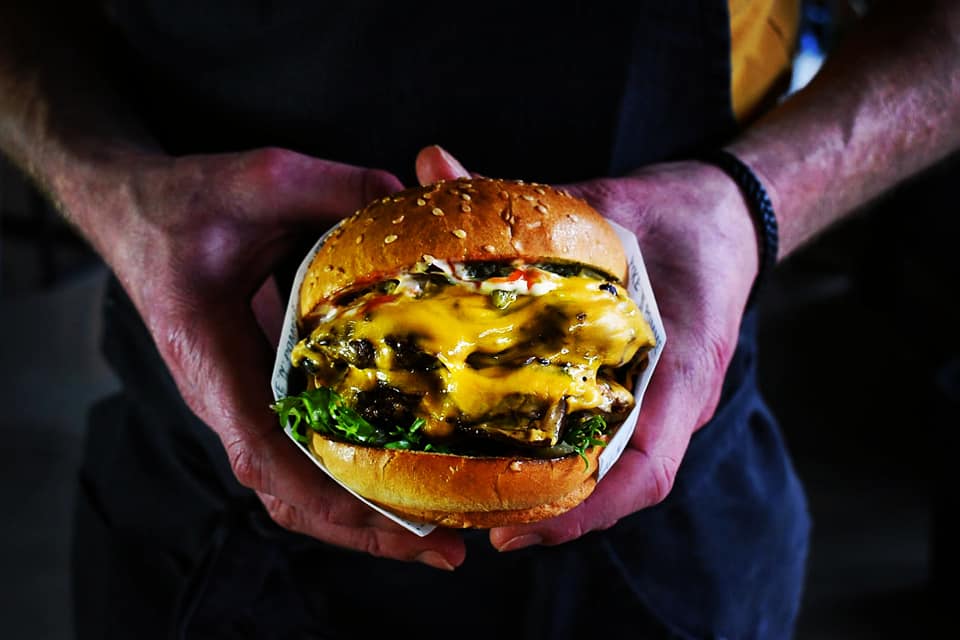 Pyke’ n’ Pommes – Derry-Londonderry
Pyke’ n’ Pommes is a fantastic hidden gem in Derry-Londonderry, serving up incredible street food, such as Wagyu beef burgers and tacos, using locally sourced produce. It started life as an adapted van in a disused car park before moving to a converted shipping container by the river in 2015, which meant that there was more seating for guests to enjoy the tasty street food.

St George’s Market – Belfast
One of Belfast’s oldest attractions, St George’s Market, is not to be missed during a trip to the city of Belfast. There has been a Friday market at the St George’s site since 1604, and the current market operates on Friday, Saturday and Sunday, offering visitors something a little different each day. Visitors can sample the best of fresh, local produce from Northern Ireland or sip on a coffee whilst taking in the vibrant atmosphere of the popular market.