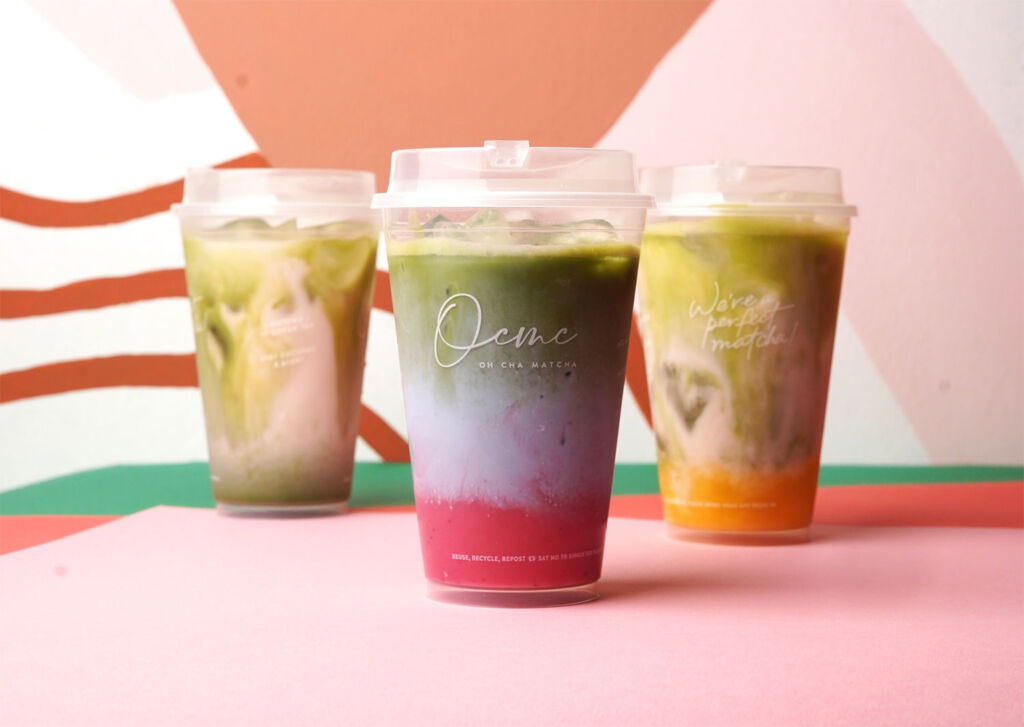 Ong Chin Huat sits down with the founder of the highly popular Oh Cha Matcha in Kuala Lumpur to enjoy a perfect cup of Matcha and to learn more about the wide range of benefits it offers.

Located in what is now known as the culinary hot spot in Kuala Lumpur, boutique matcha café Oh Cha Matcha opened just before the lockdown was imposed in Malaysia. What exactly is Matcha? It is a finely stone-ground powder of specially cultivated and processed green tea leaves which in recent years have garnered a strong following due to its health-giving benefits.

According to the founder of Oh Cha Matcha, Choong Kar Heng, matcha is made from shade-grown tea leaves so as to prevent direct sunlight. 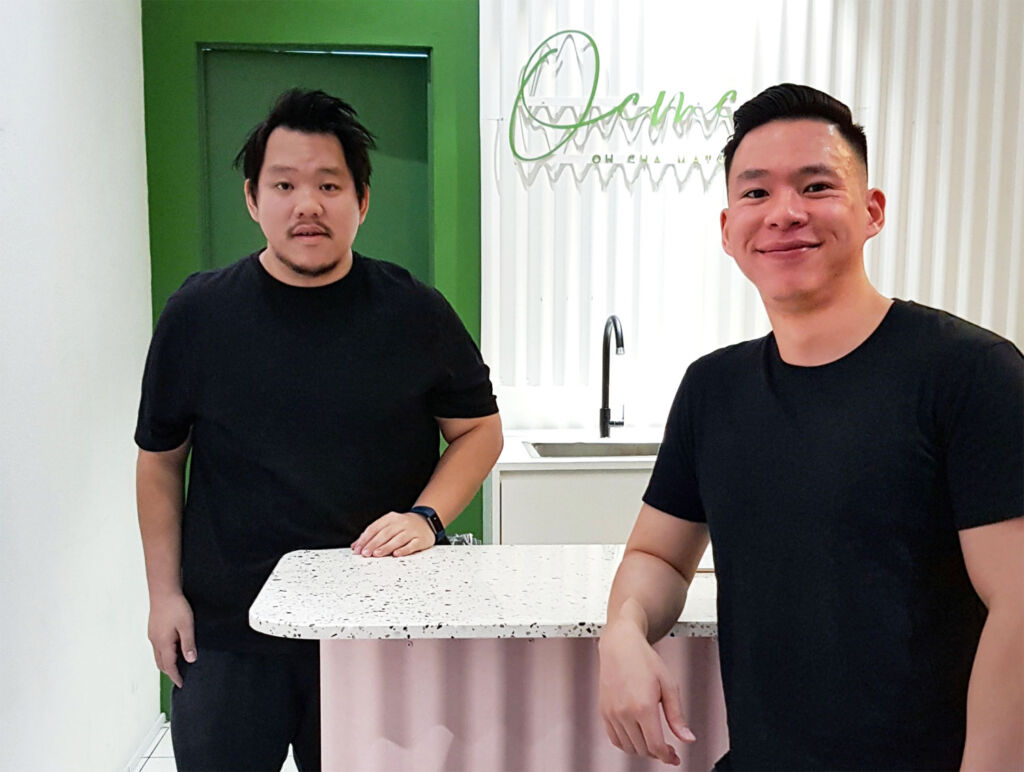 “Shading the tea leaves slows down their growth which in turn stimulates the chlorophyll levels in the tea leaves, making them a darker shade of green. The chlorophyll produces amino acids, in particular, L- theanine which gives the drinker a nice feeling as L-theanine increases feel-good chemicals in the brain.”

Offering premium grade matcha beverages in a variety of combinations and flavours, Oh Cha Matcha sets itself apart by providing a wide selection of dairy-free milk as an alternative to regular milk. With a wide selection of milk substitutes such as soy, oat, almond, cashew and coconut milk to choose from, any health buff would be spoilt for choice when it comes to choosing a milk alternative. 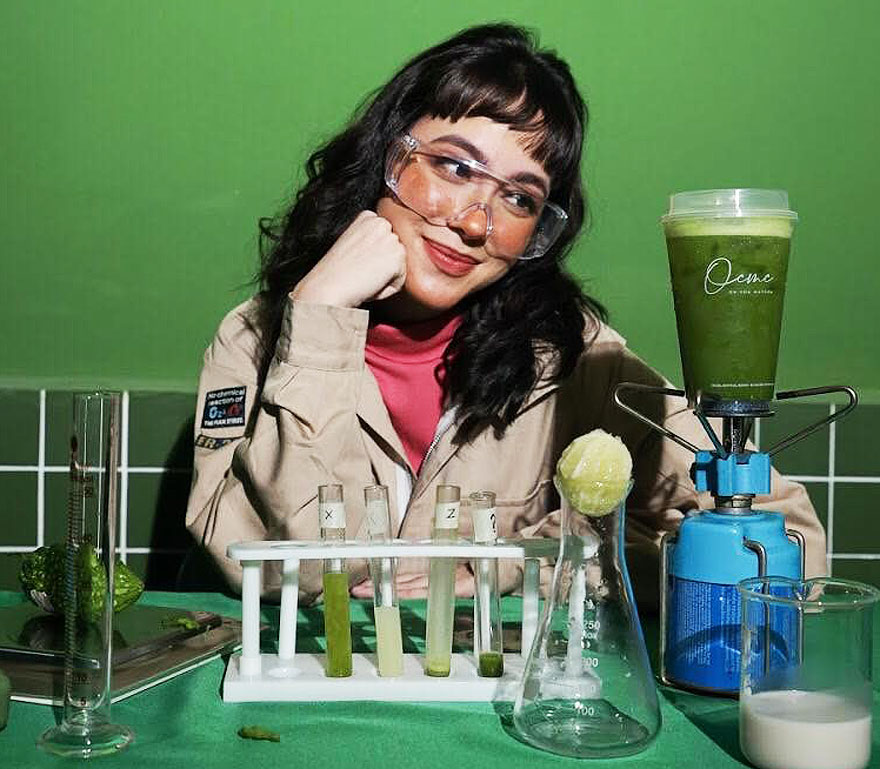 And while matcha connoisseurs might opt for the classic hot or cold Ceremonial Matcha which is made from the highest grade matcha from Japan and usually reserved for traditional tea ceremonies. The more adventurous might choose the combination drinks such as those from the ‘Drink Your Colours’ and ‘Beauty Series’ with a dose of collagen, a first for a matcha beverage.

Among the best-selling drinks at Oh Cha Matcha, the Matcha Latte and the Watermelon Matcha gets top spot while others like Purple Sweet Potato and Blue Spirulina, Rose Collagen and the Ginseng Matcha drinks have also proved to be very popular.

Kar Heng thinks the reason Matcha has gained popularity in recent times is due to the rising occurrence of illnesses and diseases which has prompted people to be more conscious of what they put in their bodies. 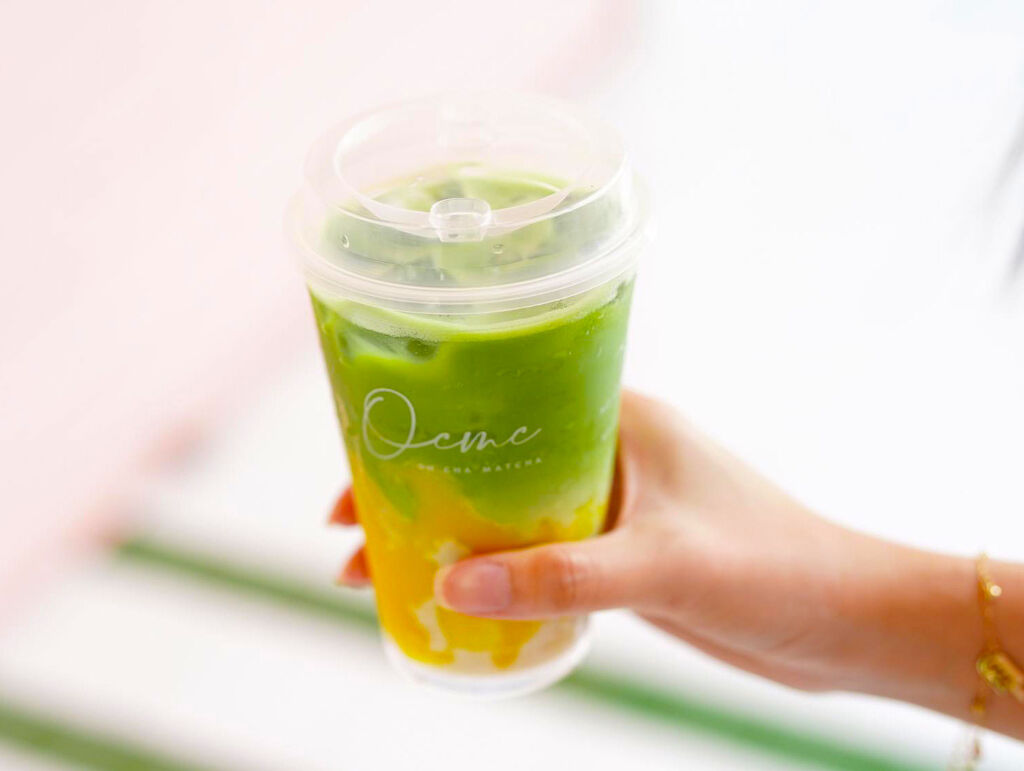 “Matcha is loaded with antioxidants and health-promoting benefits. It is delicious and also guilt-free.” The benefits Kar Heng is talking about include the prevention of liver damage, boosting brain function, cancer prevention, decreasing the risk of heart disease and aiding weight loss.

Matcha has ten times the benefits of green tea, and it releases energy slowly throughout the day, unlike quick-rush of coffee.”

The matcha used in Oh Cha Matcha drinks all come from Uji in Kyoto, Japan which is considered the holy land of Matcha due to its topography and tea-growing techniques. Using all-natural ingredients and forgoing sugar altogether, Oh Cha Matcha beverages use a natural sweetener called Stevia instead. 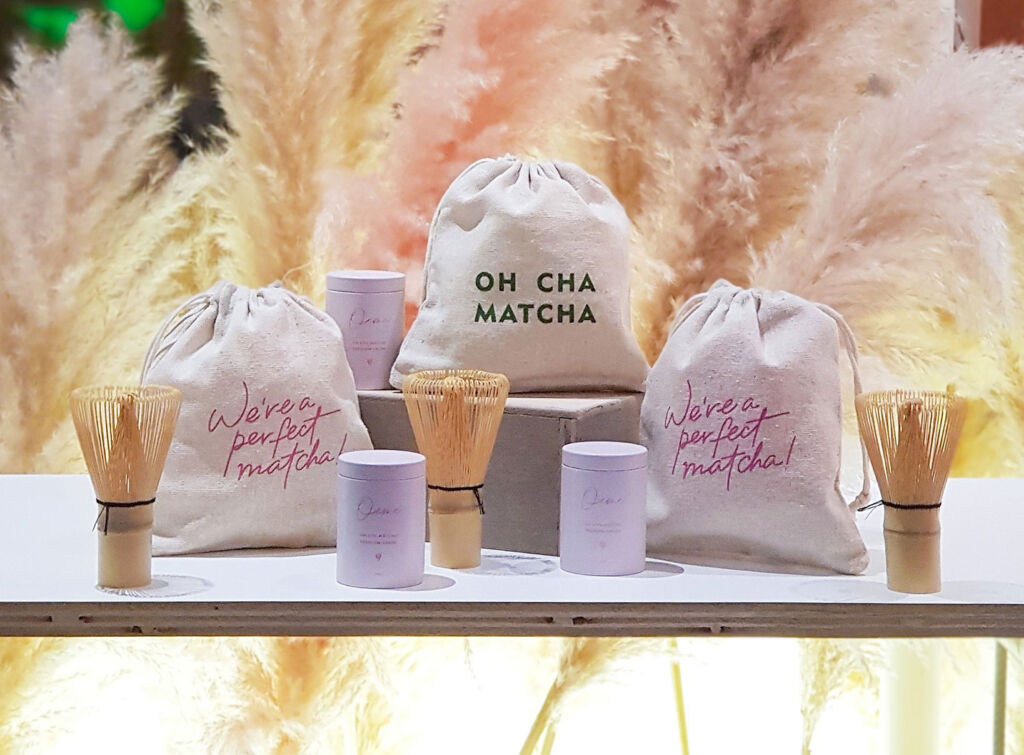 But not all Matcha is created equal. Kar Heng explains that there are three distinct grades of Matcha which are used for different purposes. “The first is Ceremonial Matcha which is the highest grade of all Matcha, the kind used by the Emperor of Japan for tea ceremonies.

It is high in Umami (savoury/ seaweed taste) and sweetness (low in bitterness). It’s more expensive because it’s specially grown and harvested once a year only. The youngest and freshest leaves are handpicked, steamed, dried, then stone-ground into powder form; then sold directly to the customer. At Oh Cha Matcha we only serve it with water for best Umami experience.” 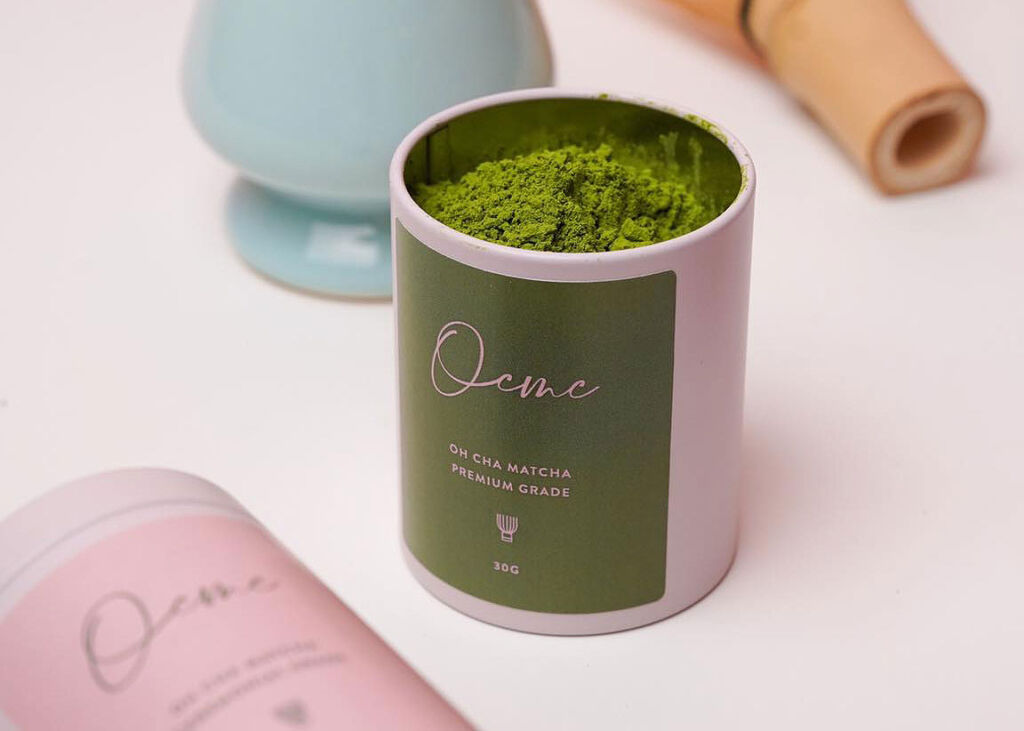 The other two grades of Matcha are Premium Matcha which is balanced both in sweetness and also low in bitterness. Oh Cha Matcha serves this for in their flavoured and milk-based Matcha beverages. Contrary to popular belief, high-grade Matcha isn’t bitter at all.

And lastly, there is Culinary Matcha which is higher in bitterness and low in Umami and hence suitable for baking and desserts to elevate the taste of Matcha. 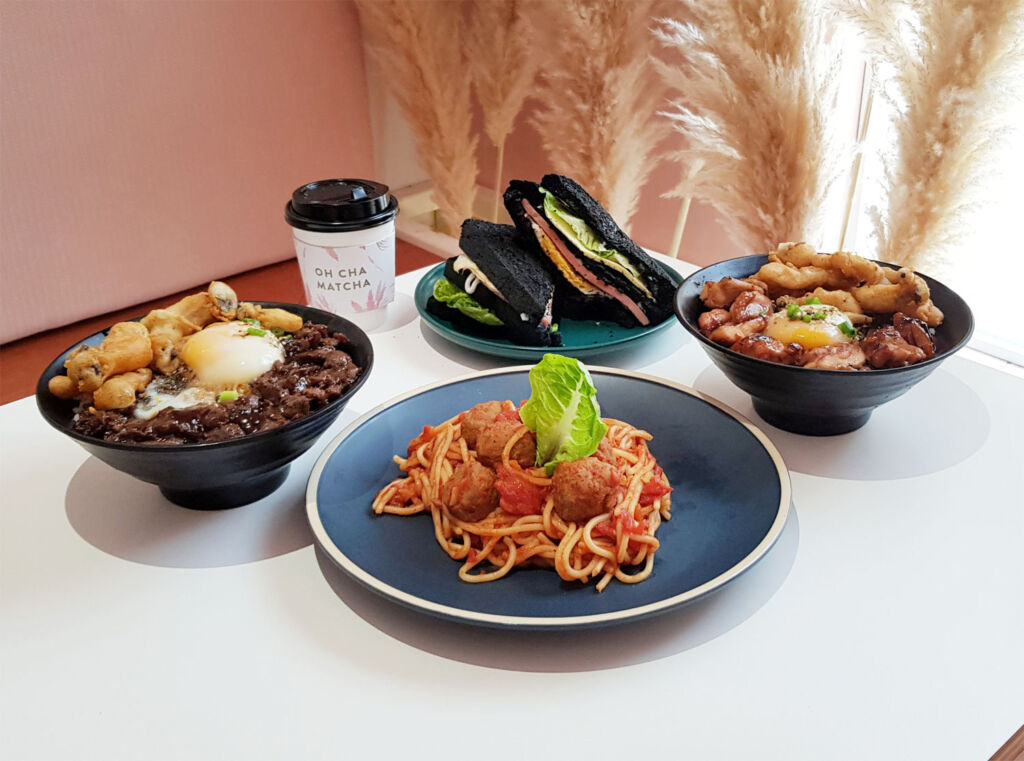 Having started Oh Cha Matcha after opening four coffee cafes in Kuala Lumpur, Malaysia, Kar Heng and his elder brother Kar Wai are well-versed in the F&B scene and have incorporated a delicious food menu as well in their first matcha outlet.

They now serve breakfast with dishes such as Toast with matcha jam, rice bowls such as Salmon Teriyaki and Soft Shell Crab and pasta dishes such as Spaghetti Carbonara with Chicken Ham. Oh Cha Matcha is now a hot spot for young urban professionals who need to fuel their day (and nights) with nutritious food and drink for optimum health.

With a second outlet already in the pipeline, Kar Heng says the objective of Oh Cha Matcha isn’t just to be innovative (even though they are!) or to stand out from the rest. “We aim to create a boutique space that evokes a sense of belonging…. we want Oh Cha Matcha to be a destination where relationships are built, friendships made and communities unite.” 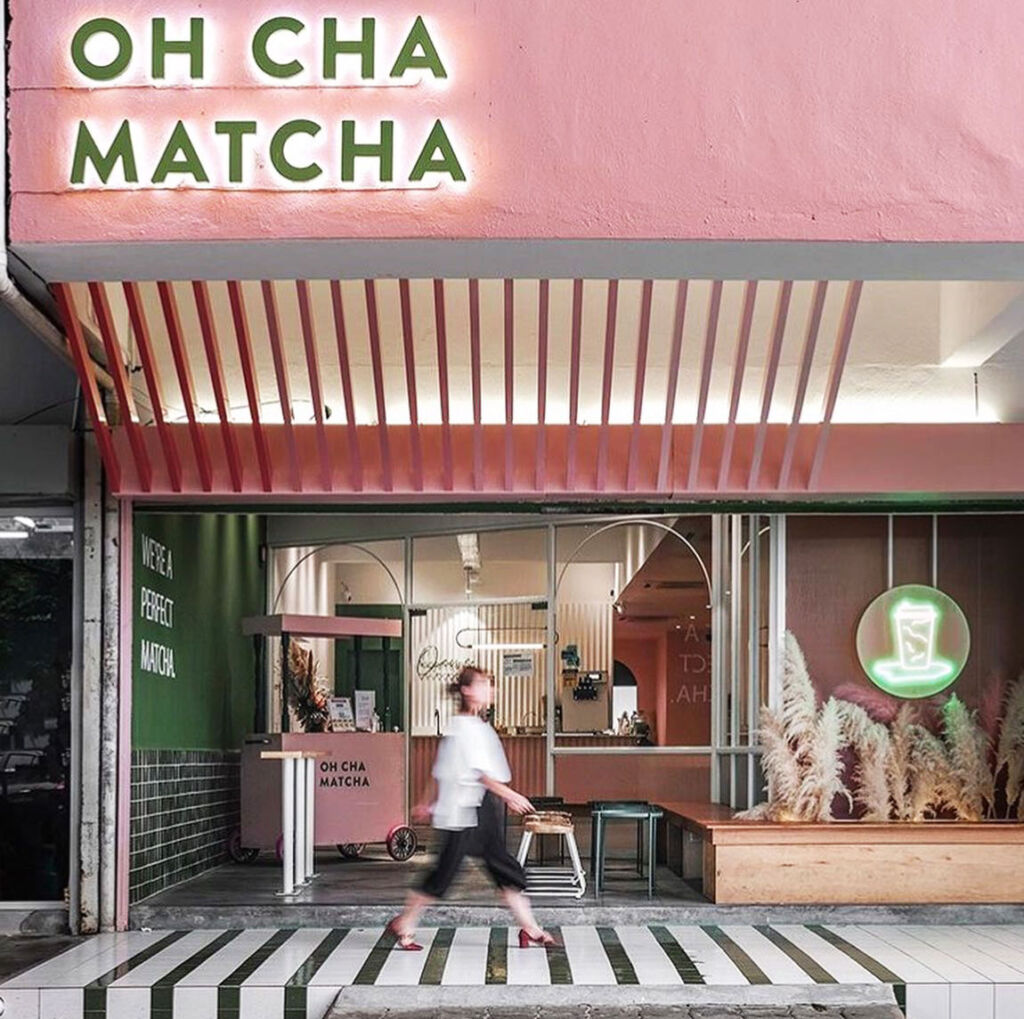 Oh Cha Matcha – Where and How?

For further information on Oh Cha Matcha and their menu, please visit https://ohchamatcha.com.