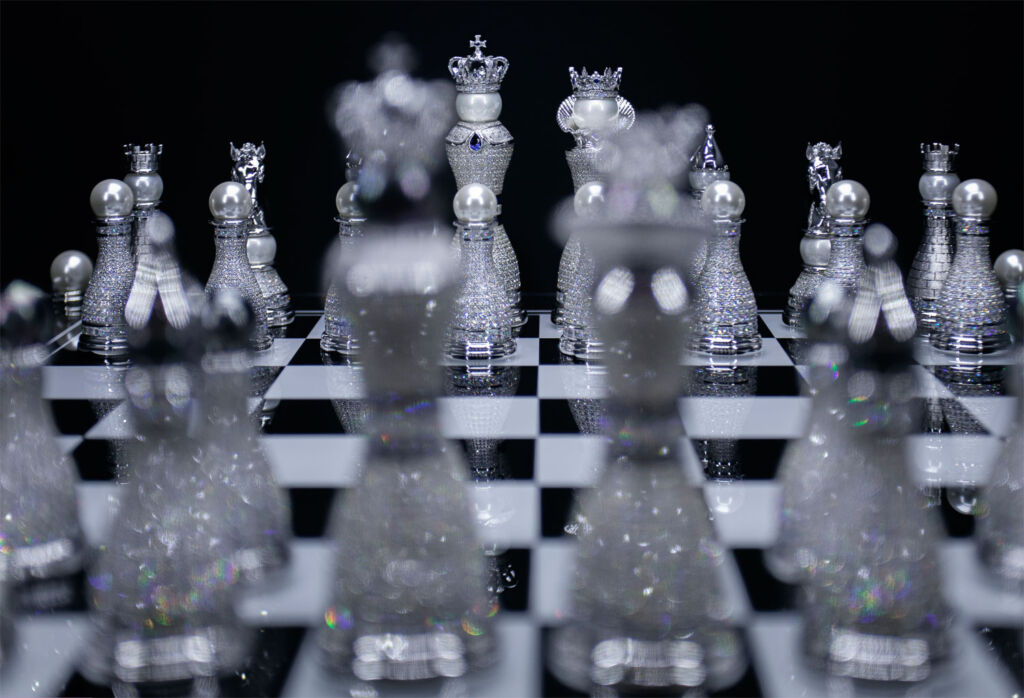 Chess is not generally associated with the word luxurious. However, we’ve come across a set that above any other is deserving of the moniker. The chess set in question is called the Pearl Royale. It involved countless hours of meticulous craftsmanship, is covered in diamonds and made of solid 18k white gold.

If you’re multi-talented, what do you do to occupy your time? Why not create the most expensive chess set in the world, call it the Pearl Royale and put it up for sale for $4 million? That is precisely what Australian artist and jeweller Colin Burn has done. 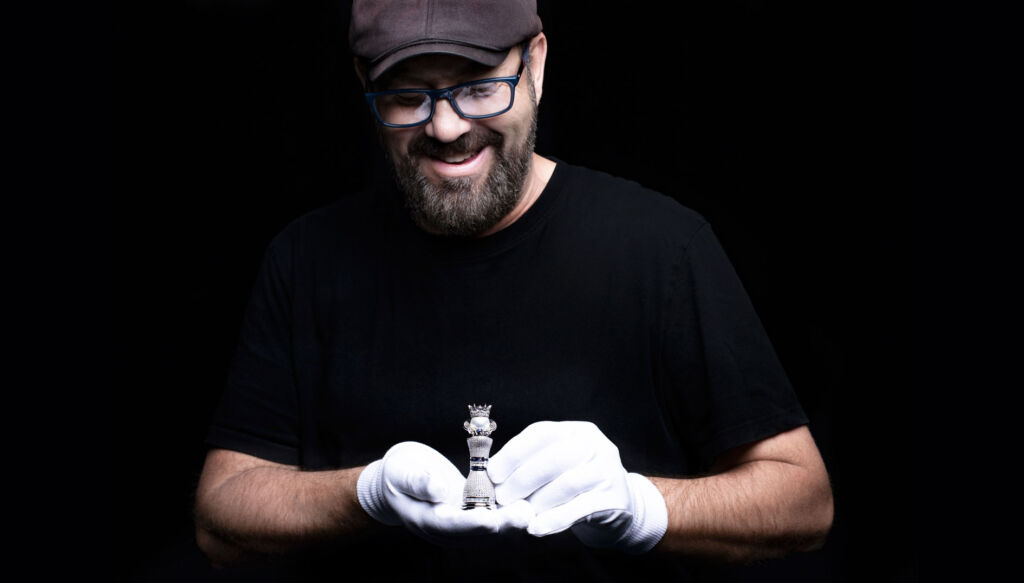 Taking inspiration from the original 1849 Staunton chess set, he set about recreating this icon by handcrafting each piece in white gold with black and white South Sea pearls and dressing the pieces in the finest diamonds.

The first sets carried the name of the most prominent player of the time, the English chess master Howard Staunton. Staunton was the man who broke the French dominance of the game and helped to make the game what it is today by organising the first international tournament and founding and editing the “The Chess Player’s Chronicle”. 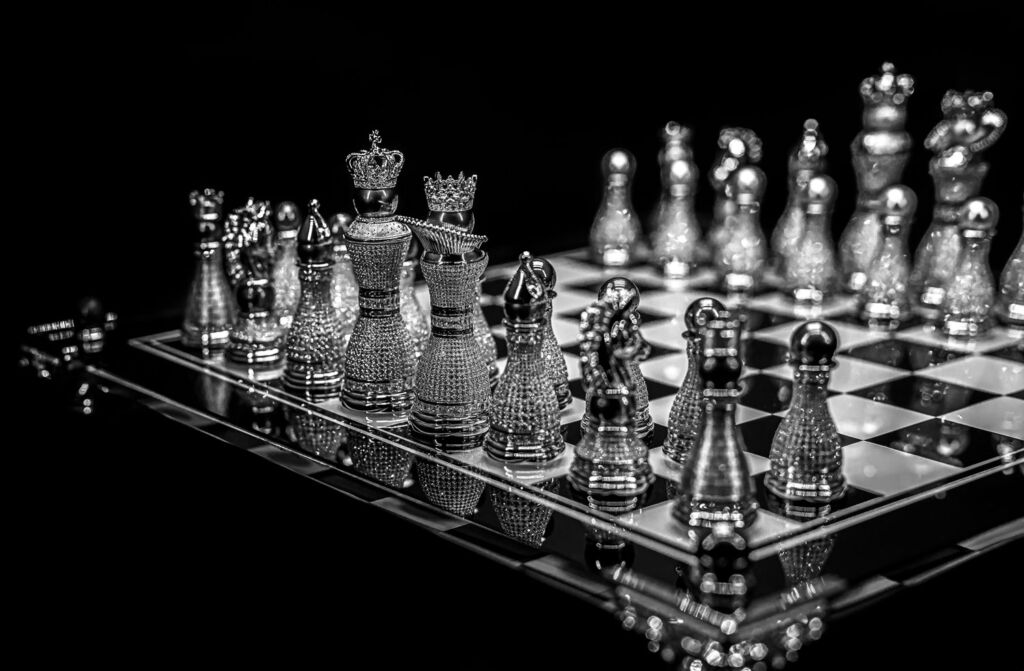 About the Pearl Royale
Aside from being the most expensive chess available to buy in the world, the Pearl Royale is almost certainly the most opulent version of the game ever created. Burn’s masterpiece is made from solid 18k white gold and is inset with more than 500 carats of diamonds, royal blue sapphires and South Sea Pearls. 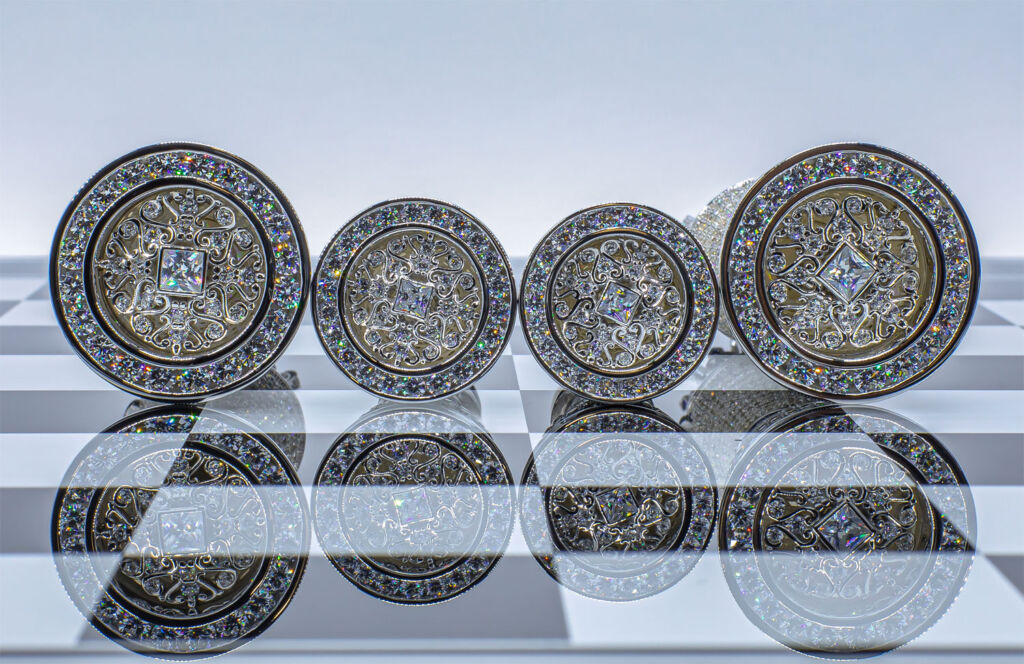 With something so precious, exhibiting it cannot be the easiest thing to do which probably explains why its only been out on display on one previous occasion. This took place in 2019 at an art gallery in Beverly Hills California.

The good news is that it is due to be showcased once more. Colin is planning to assemble the world’s greatest chess players to compete in a tournament playing on his incredible creation. My advice would be to count the pieces up at the start of the game and make sure the number of pieces is the same at the end of the game! 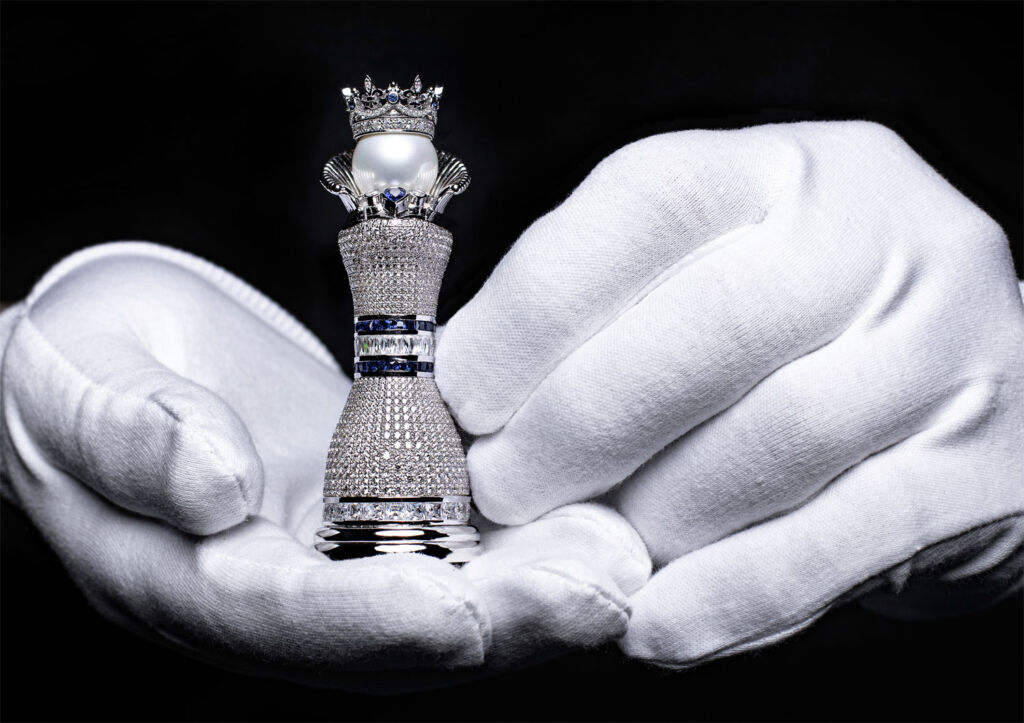 The outbreak of the virus has put plans for this back somewhat, but a considerable amount of ongoing effort is set to make the competition a reality next year in Paris.

The Pearl Royale chess set comes with diamond and gem certification and is listed as a limited edition artwork.

Is the Pearl Royale chess set worth the money? That’s for you to decide. The fact each set has 500+ carats of diamonds and is made of solid 18k gold could be a genuine reason to invest in one particularly as some are predicting that gold prices could reach $5000 or even $10,000 per ounce in the coming years.

If you’d like the honour of owning the most expensive chess set in the world, bear in mind it will cost you $4 million. You can organise a private, secure viewing through the ACCA Gallery in Beverly Hills.