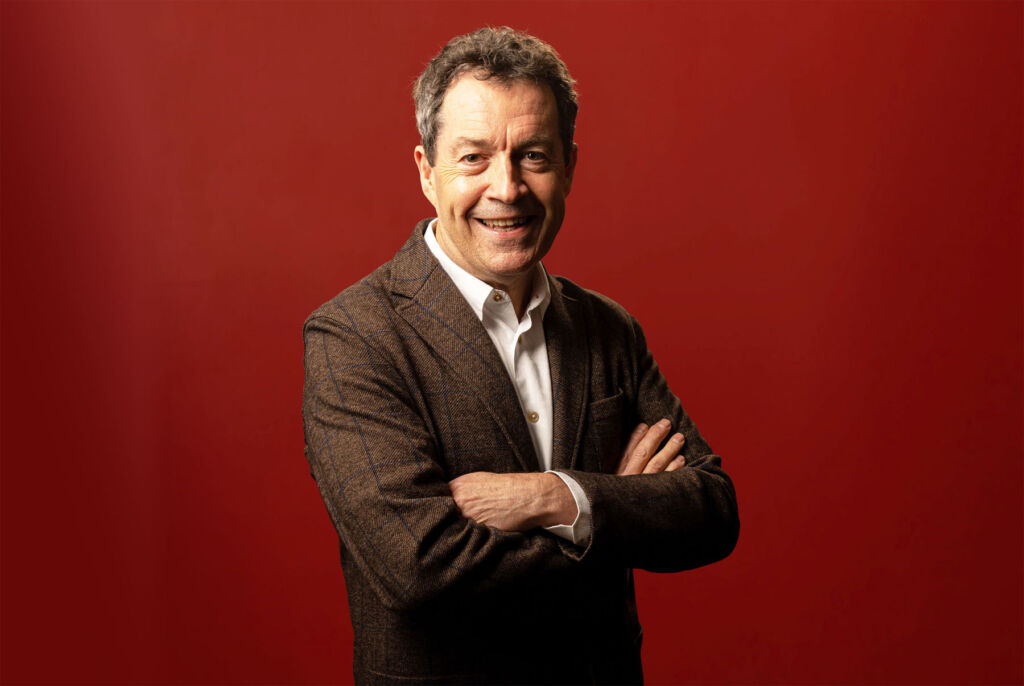 Encapsulating seven decades of excellence in a single interview is far from an easy task, however, this isn’t a barrier for Ong Chin Huat who recently spoke with Penfolds Chief Winemaker Peter Gago on the occasion of the iconic Grange’s 70th Anniversary.

Celebrating its 70th Anniversary last year, Penfolds Grange has achieved iconic status among wine connoisseurs and oenophiles alike for its aromatic complexity and its intensely rich and ripe tannins of Shiraz. Celebrated as one of the most consisted of the world’s great wines today, Penfolds Grange didn’t exactly have a celebratory start in life.

Created by Max Schubert, Penfolds Chief Winemaker, back in 1951, the Grange was the result of his vision to create something different and lasting of his own. Combining traditional Australian techniques and inspired by European winemaking practices he gleaned from a brief stint in Spain and Portugal, Schubert created the Grange, using the Shiraz grape as the main component.

Six years in the making, the powers that be in Penfolds’ top management ordered him to shut down his pet project, having met with universal disapproval. But determined to succeed, Schubert secretly continued to craft his Grange vintages, keeping three vintages, 1957, 1958 and 1959, in the depths of Penfolds’ cellars. A wine angel must have been by Schubert’s side because, in 1960, Penfolds had a change of heart and ordered the production of the Grange to restart, making it just in time for the 1960 vintage. 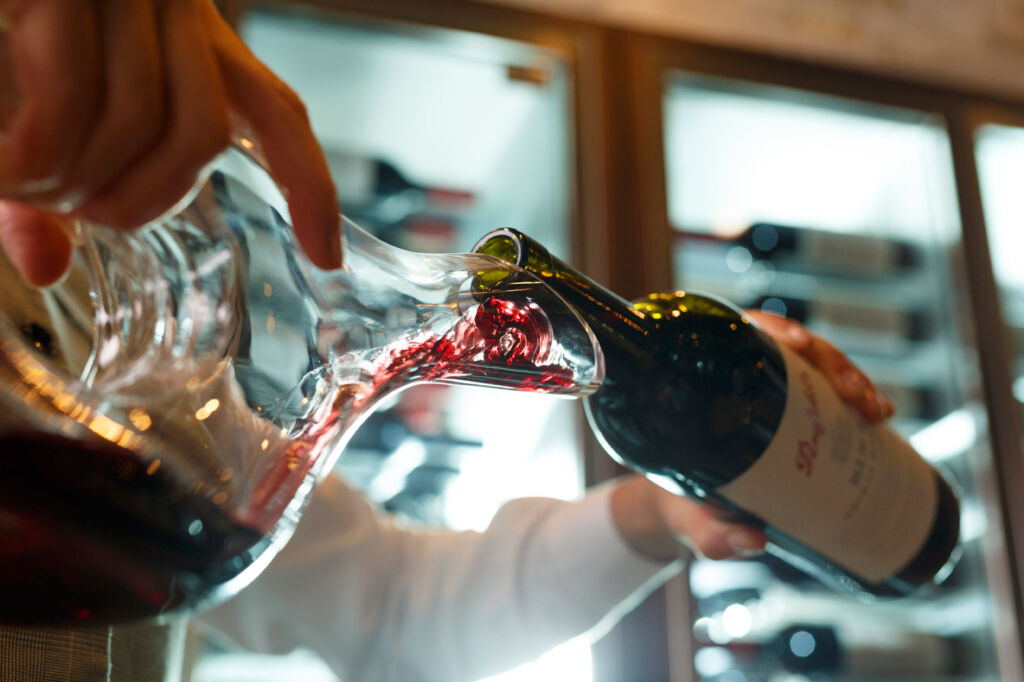 Since then, Penfolds Grange has gained international recognition and praise, including the 1990 vintage of Grange, which was named Wine Spectator’s Red Wine of the Year in 1995. Today the Grange has carved a name in winemaking history as one of the most feted wines around, having been listed as a South Australian heritage icon back in 2001 on its 50th birthday. The 2008 Grange vintage achieved an unbelievable perfect 100 score by two of the world’s most influential wine magazines, not bad considering it was disliked and shunned during its creation.

Penfolds Chief Winemaker Peter Gago sits down with Luxurious Magazine to talk about the Grange’s 70th Anniversary, the highly anticipated Penfolds g5 and the trends he sees in the overall wine industry. 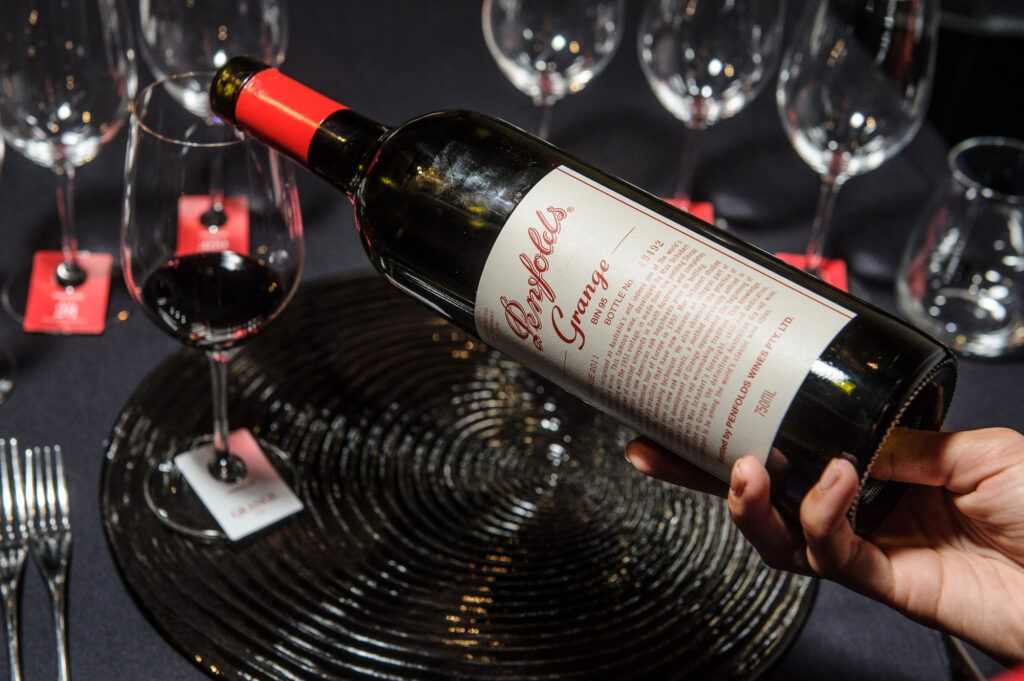 Luxurious Magazine: In your opinion, what sets Penfolds Grange apart from the rest?
Peter Gago: In the modern era of Penfolds, Grange befits the original and most powerful expression of Penfolds multi-district blending philosophy, resulting in a sustained high level of quality and an enviable style. With an unbroken line of vintages from the first and experimental 1951 vintage, Grange clearly demonstrates the synergy between Shiraz and the soils & climes of the State of South Australia.

Physiologically-ripe, intensely-flavoured & low-yielding Shiraz (and Cabernet!) grapes, completion of fermentation in new oak barrels, and a unique élevage, result in a uniquely Australian wine style that is now recognised and collected globally.

Seventy years on, Grange arguably remains Australia’s most celebrated wine. On its 50th birthday in 2001, Grange was listed as a South Australian Heritage Icon, while the 2008 Grange vintage concurrently achieved a perfect score of 100 points by the world’s two most influential wine magazines. Grange is renowned for its longevity – even more challenged vintages will last for decades. From the fifties, the 1952, 1953 & 1955 still drink sublimely – well over six decades later. 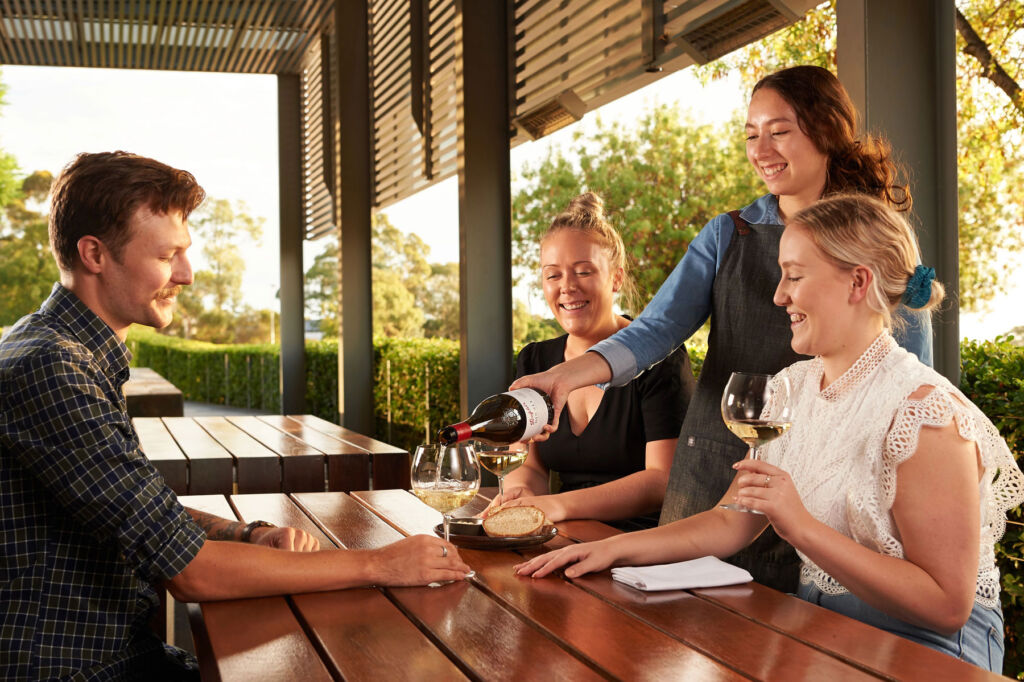 LM: What is Penfolds’ House Style’?
Peter: Penfolds success has been driven by generations of its winemaking & vinicultural visionaries and innovators. From the beginning in 1844 to today, the merging of science, art and innovation has created a template for sustained growth and improvement. It would be fair to still say, that at Penfolds the wine must come first.

There are now four disparate styles of wine in our Penfolds armoury. Single-vineyard wines & single-region wines optimise region and vineyard. Multi-regional blends & multi-country blends extrapolate this philosophy more distantly, yet just as profoundly. It really exemplifies what Penfolds is best known for – crafting wines to a House Style – style, character, structure and texture. Penfolds Grange is a benchmark of this philosophy, a proud flagbearer of the red Penfolds stamp. 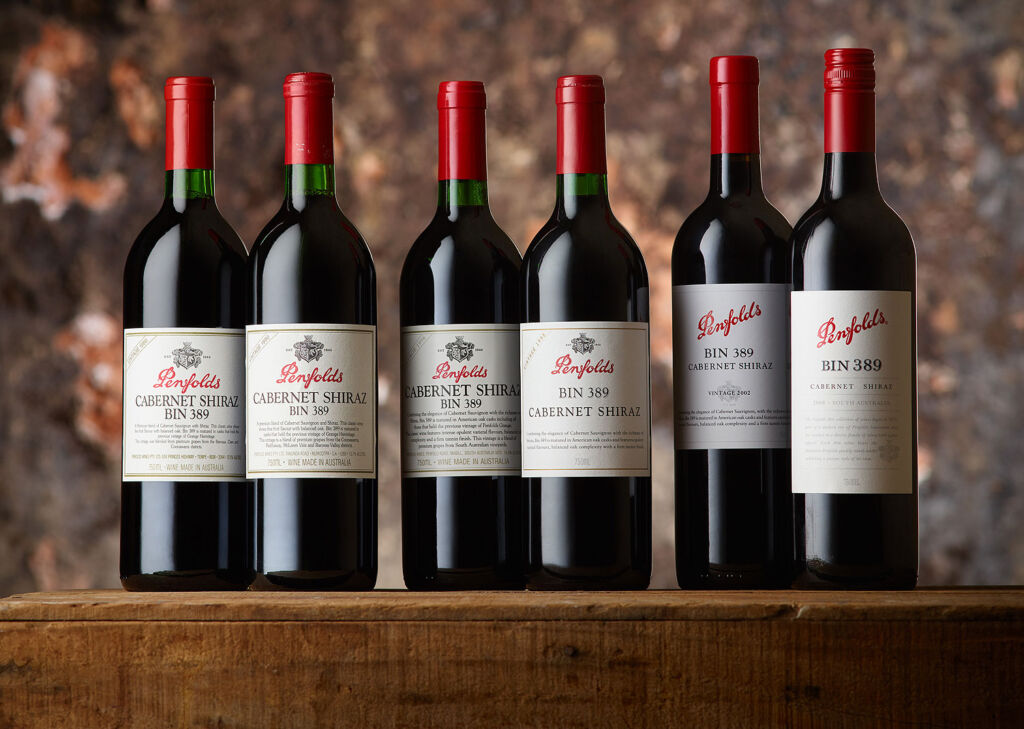 LM: Penfolds Grange recently celebrated its 70th Anniversary. Can you tell us why you think the Grange has achieved such iconic status among oenophiles and wine connoisseurs?
Peter: It has been written that Penfolds Grange mirrors a tale of innovation, passion, risk and determination. This wine still reflects the original vision of Penfolds’ first Chief Winemaker, Max Schubert, to create a uniquely Australian wine – ‘something different and lasting’. The first experimental wine was made in 1951. At one stage, the then family-owned company ceased its production, yet it continued literally underground for three years (1957, 1958 & 1959) at Magill. It all changed after its massive success at the 1962 Sydney Wine Show. 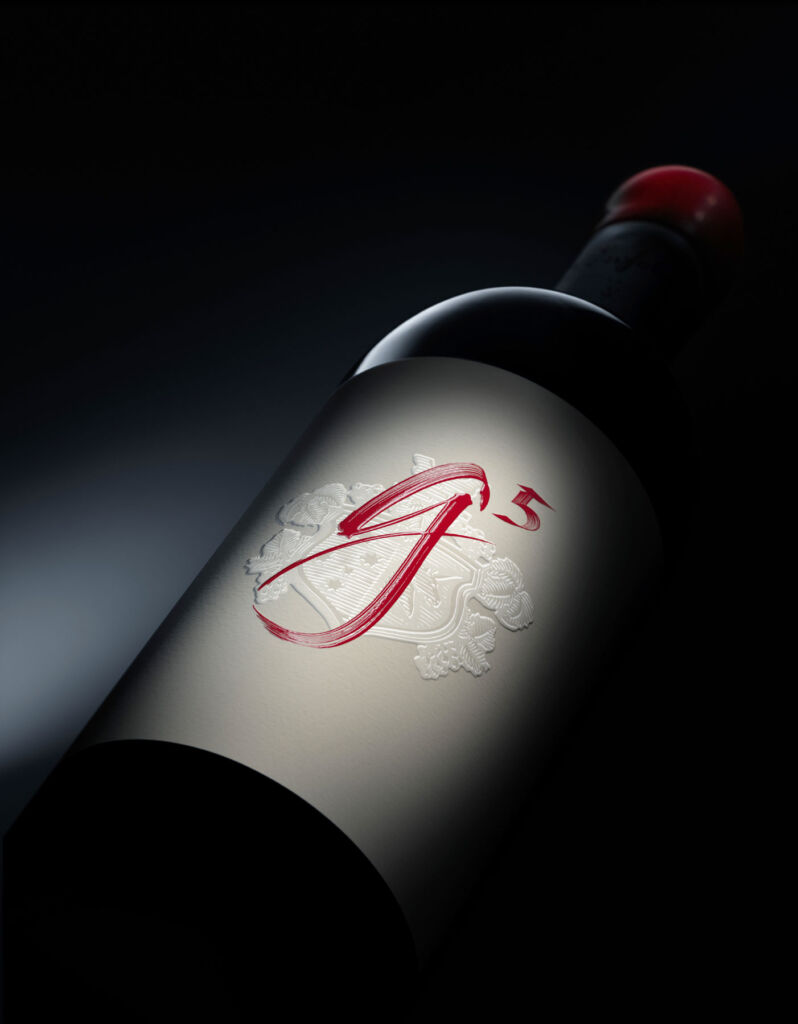 LM: How did the idea of Penfolds g5 come up? Are you planning any more vintage blends in the future?
Peter: One could be forgiven for believing that blending g5, like g3 & g4 was ‘meant to happen’. Indulged with museum availability of such stellar current & back-vintage Grange, the very high risk of blending & maturing delicate older vintages back in barrel was offset by the temptation of the compelling, trial bench-blends. Thereafter, a safe transition to bottle – such a relief!

There will be no g6! If any more than 4-5 different vintages of Grange were to be blended, then a pseudo-solera would be created – certainly not the intention of the g-series. Each vintage must bring its unique and recognisable contribution to the blend. Plus, collectors will only ever have three rare, stand-alone blends to relish.

LM: Which is Penfolds best-selling wine locally and internationally, and why is it so popular?
Peter: Bin 389, fondly known as ‘Baby Grange’, is arguably Penfolds most popular wine, and one that is treasured in so many cellars in the world. (Officially, it is the most cellared red wine in Australia!). Accessibility in youth, coupled with a proven ability to cellar, it is little wonder why over 60 successful vintage Bin 389 releases continue to tempt global imbibers & collectors – young & old. The time-proven fusion of Cabernet Sauvignon and Shiraz works! 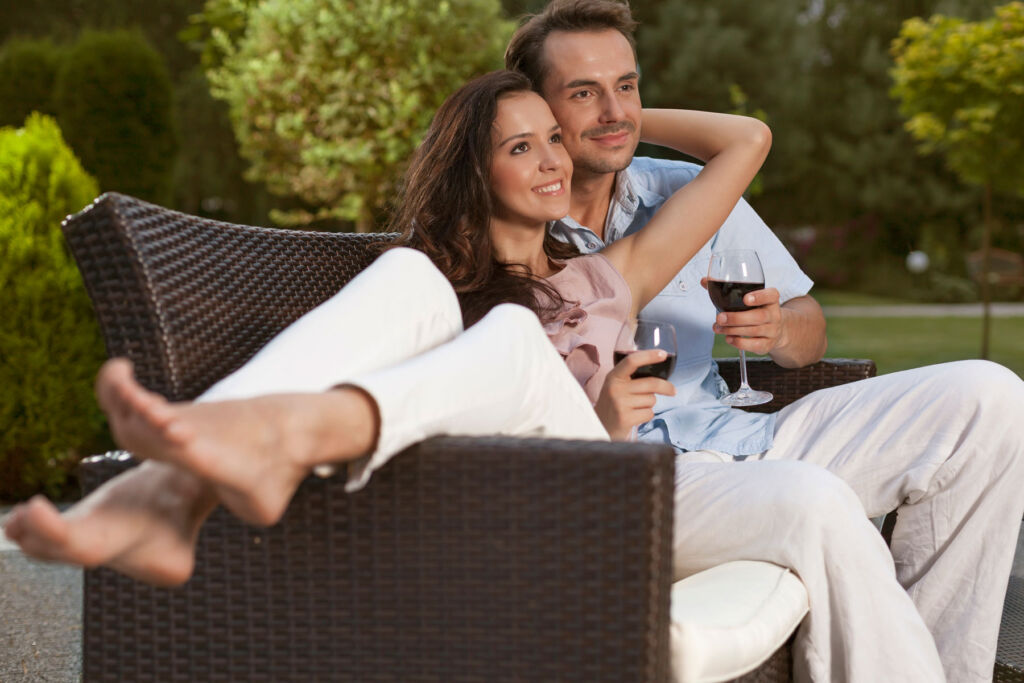 LM: Can you tell us the trends you see in the wine industry and consumption worldwide?
Peter: To welcome new people into the world of wine earlier and a little bit younger is our challenge. This can be achieved without frequently moving the goalposts from one style to another.

Penfolds hasn’t altered too much its winemaking to appease a particular age demographic. Many existing styles in our rather generous portfolio already naturally appeal to the younger generation, such as the Koonunga Hill tier and, more recently, our Thiénot X Penfolds Champagnes. As generations age, they then aspirationally ‘trade up’ in and around our portfolio. Many global wineries proactively constantly adjust what they make to appease certain trends.

Penfolds discovered many decades ago that we ‘can’t be all things to all people’. We attempt to do what we do well, and we’re delighted that other wineries have success with more transient trends. And, as a bonus, with many of our styles in many new markets, there are many surprises, e.g. St Henri is deemed to be a ‘contemporary’ style in some parts of the world, albeit with a genesis dating back to 1889! What’s old becomes new again! 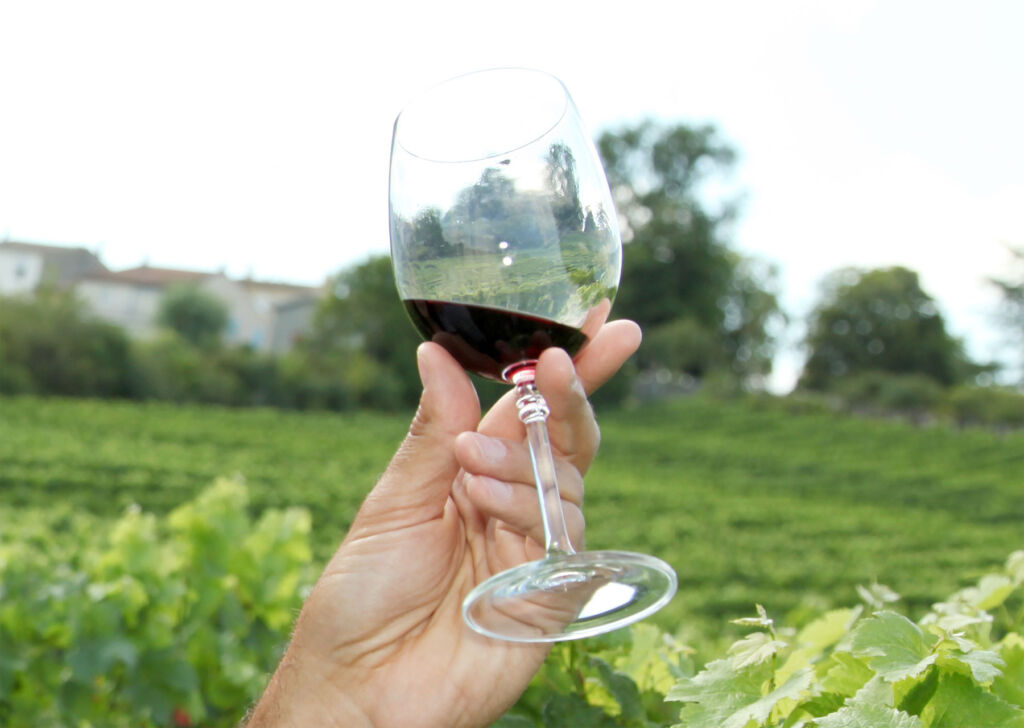 LM: Is red wine overtaking white wine in terms of popularity? If so, why?
Peter: At Penfolds, red wines have always been a focus. We’re thrilled that our whites have increased in popularity, awareness. No winners or losers here! Viva, the tussle!

There will always be popularity cycles that oscillate, often dictated by fashion, discovery and weather. Penfolds has a large portfolio, and fortunately, there’s usually an existing wine style that resonates with almost all tastes and wallets!

Fashion statements? We’d rather focus on wine style expression, balance, accessibility, value, and experience. At the time of release… and later!

LM: What is your opinion of organic wines?
Peter: Penfolds produced red & white organic wines from our NATA-accredited Clare Valley vineyards back in the nineties. We no longer do so. Perhaps we were a little too early! Offering diversity and choice is a much-valued Penfolds pursuit. To sustainably improve soils & vineyard health and adhere to an organic model of creating high-quality wines, indeed merits support.

LM: How do you think Australian wines compare with old-world wines?
Peter: For 178 years, Penfolds gaze has been firmly fixed on the future (as per our old slogan, ‘1844 to Evermore’), propelled by trialling & innovation. Respectful of terroir and what has earlier successfully transpired augers well. Any credible chasm remaining between New & Old World wine nowadays invariably tends to be a remnant of cartography & archive. We love wines from the Old World and the New World – as long as they’re good! Invariably when served blind, it’s easy to get them mixed up. No matter. 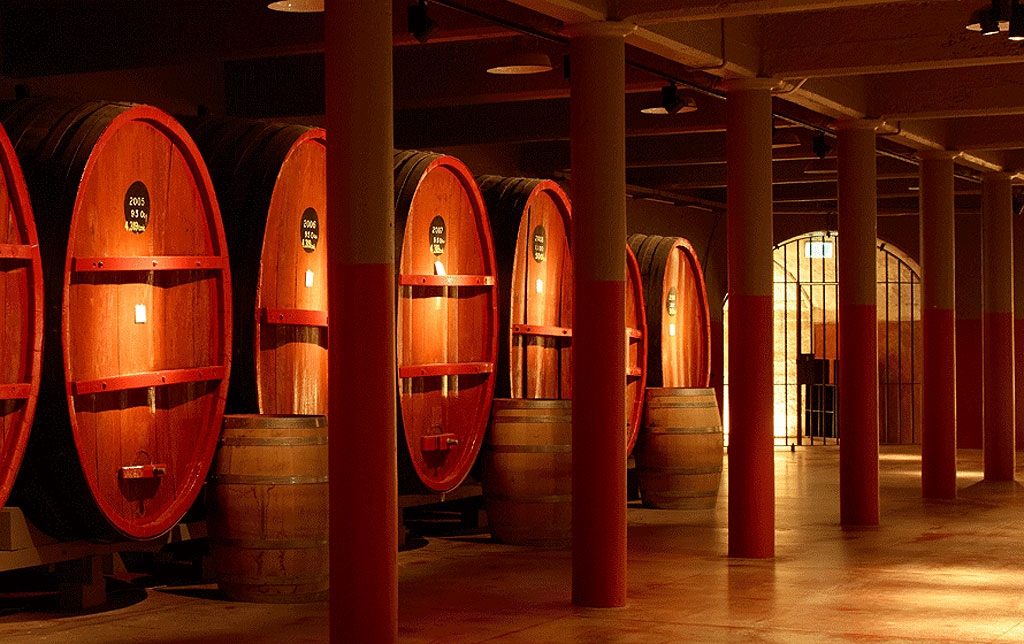 LM: Are wines a good investment? If so, what advice do you give someone who wishes to invest in wines?
Peter: Wines can be a wonderful investment. A drinking investment. Sometimes, if sold or swapped, maybe even a financial investment! I constantly ask friends – “Why do we work”? Ideally to eat and drink well – with friends & family, safely & enjoyably. A lifestyle investment. Which wines to cellar? The ‘research’ is the fun part. Worst case scenario – you may have to drink some of the mistakes!

LM: What qualities do you need to become an exceptional winemaker?
Peter: First and most importantly, a love of wine and the world of wine. Secondly, a willingness to listen, experiment and learn. Thirdly, patience, resilience & tenacity. 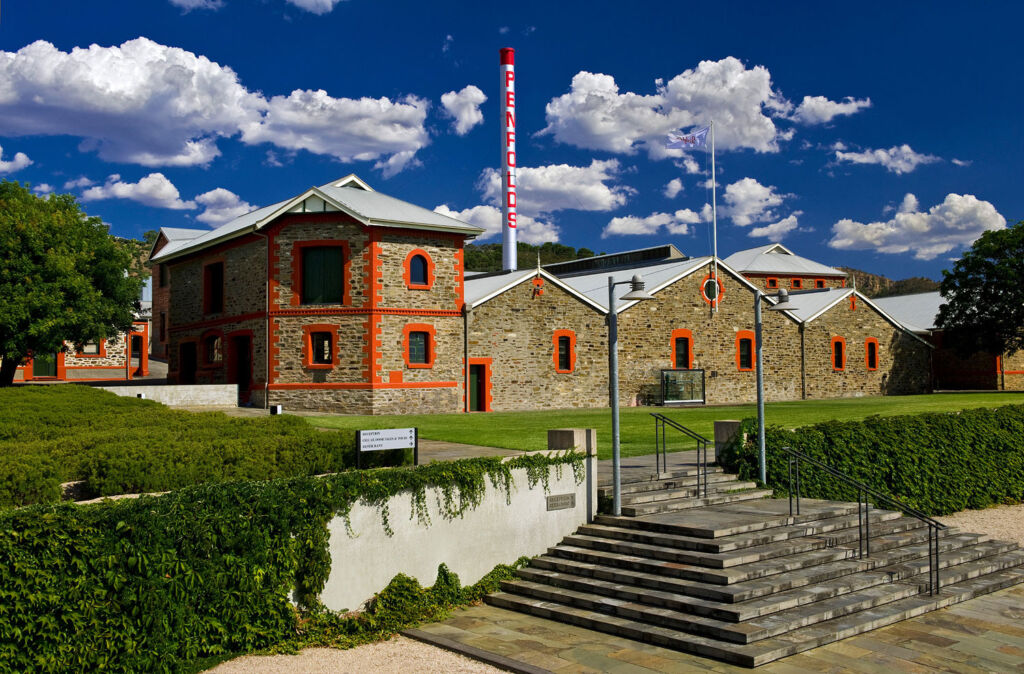