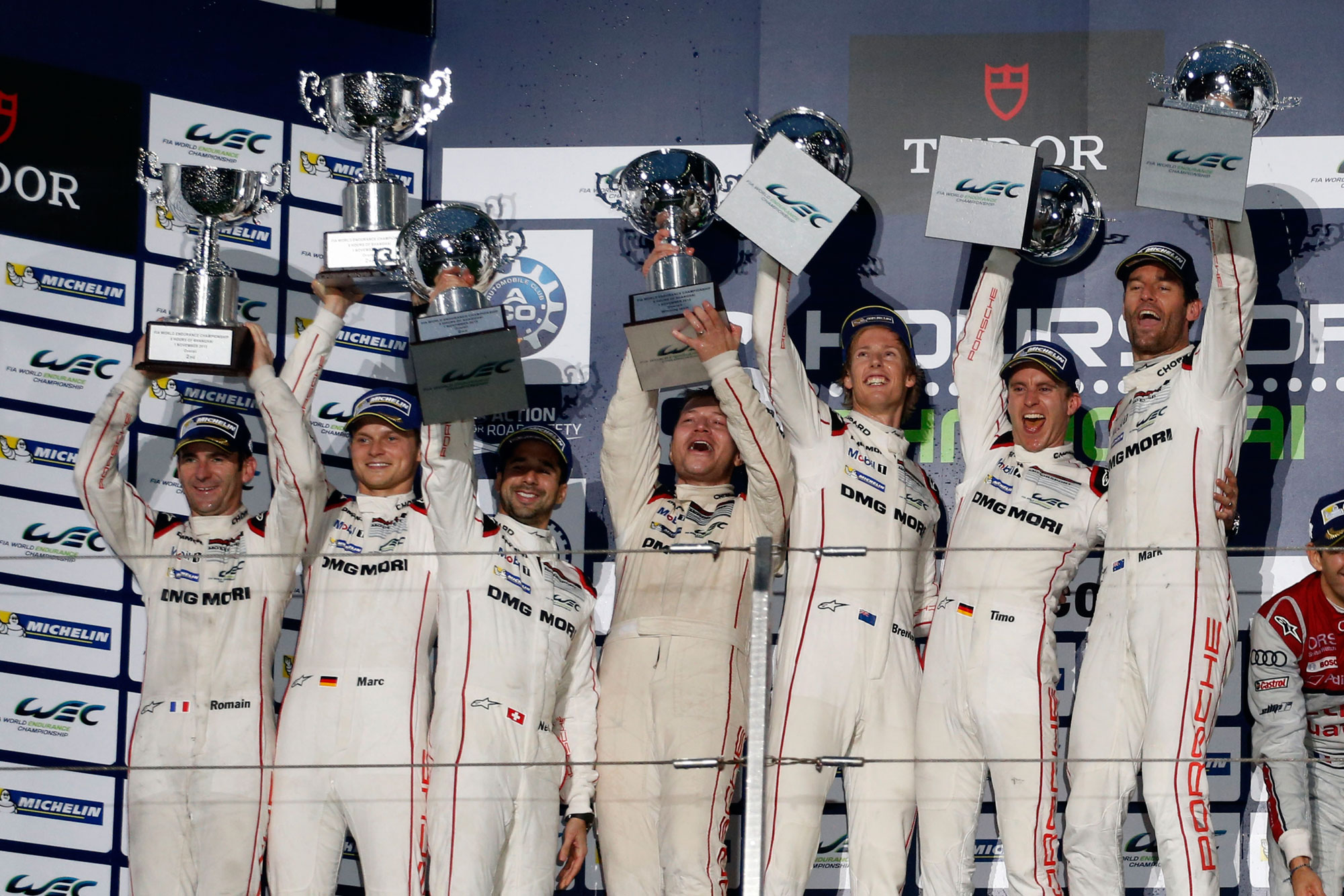 With its fifth consecutive victory, Porsche won the WEC constructor’s title in the World Endurance Championship 2015. After outstanding 1st and 2nd place finishes at the 24 Hours of Le Mans and subsequent races since then, the two Porsche 919 Hybrids were once more the leading two cars at the chequered flag in Shanghai ensuring that no one could overtake them in the championship. 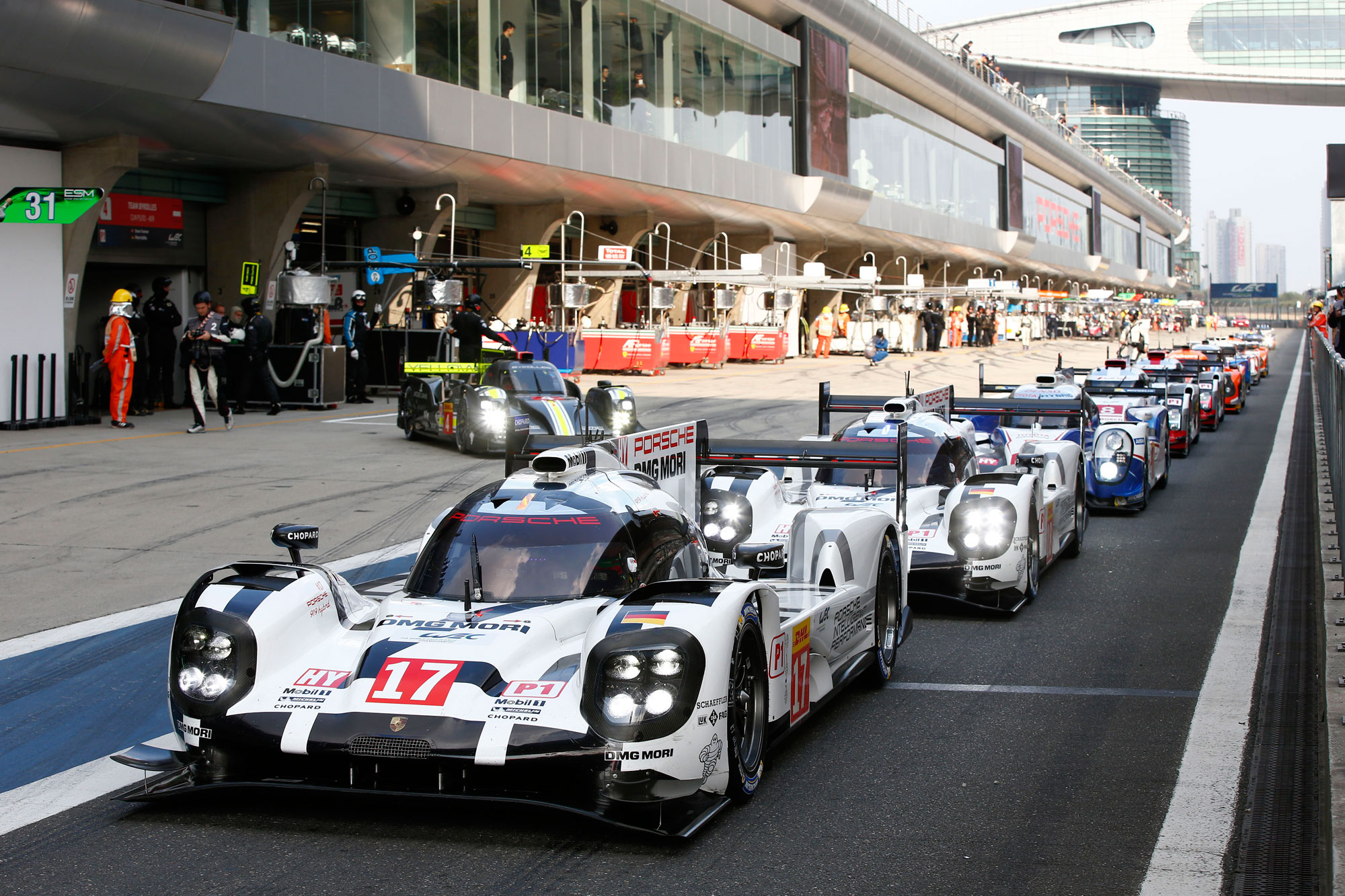 At Shanghai, the Porsche 919 Hybrid won the six-hour race in Shanghai in the hands of Timo Bernhard and Chopard ambassadors Brendon Hartley and Mark Webber. The sister car – shared by Romain Dumas – Chopard ambassador – Neel Jani and Marc Lieb – came second resulting in the one-two for Porsche.

With this latest success on the Chinese racetrack, Porsche has extended its lead in the manufacturers’ and drivers’ championships over Audi and Toyota. 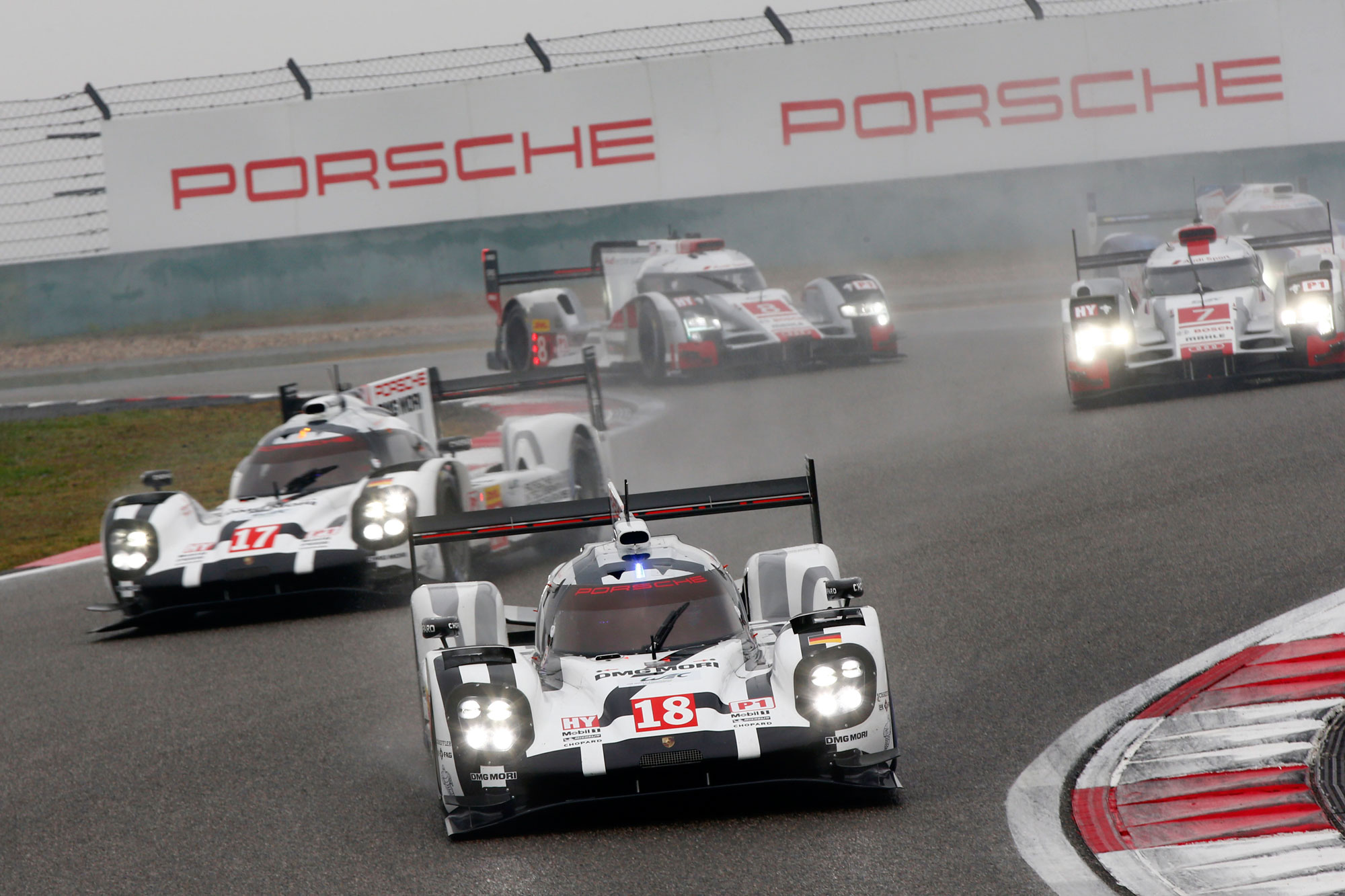 Porsche and their Official Timing Partner Chopard cannot now be overtaken whatever happens during the rest of the season, this latest title adds to Porsche’s amazing record in endurance racing. 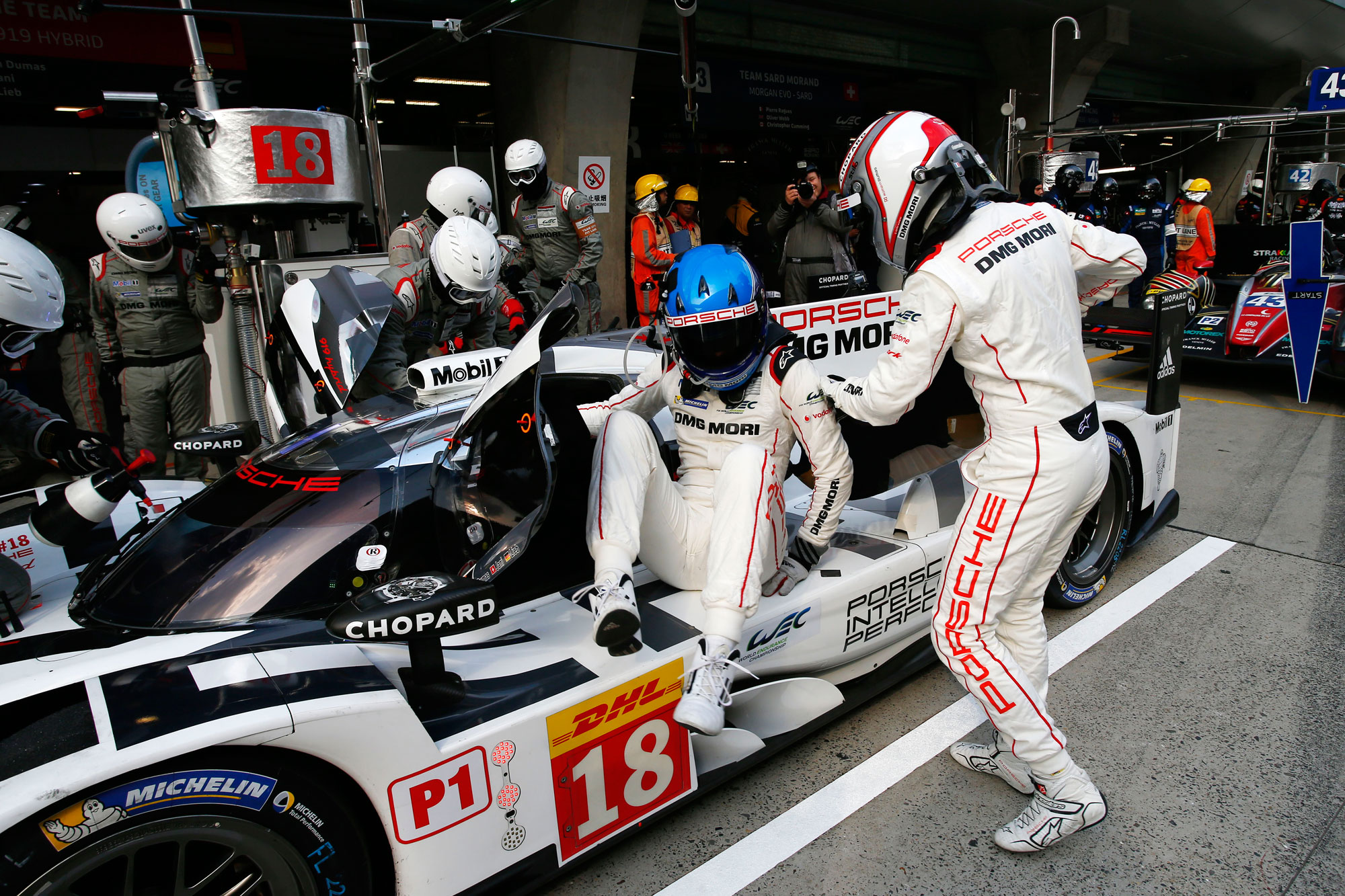 Chopard’s co-president, Karl-Friedrich Scheufele felicitates the Porsche Motorsport WEC team: “Chopard is very proud to be associated with the Porsche Team winning this years World Endurance Championship. We sincerely congratulate the drivers and all members of the team for this great achievement. This result is based on winning technology, hard work and full dedication. “ 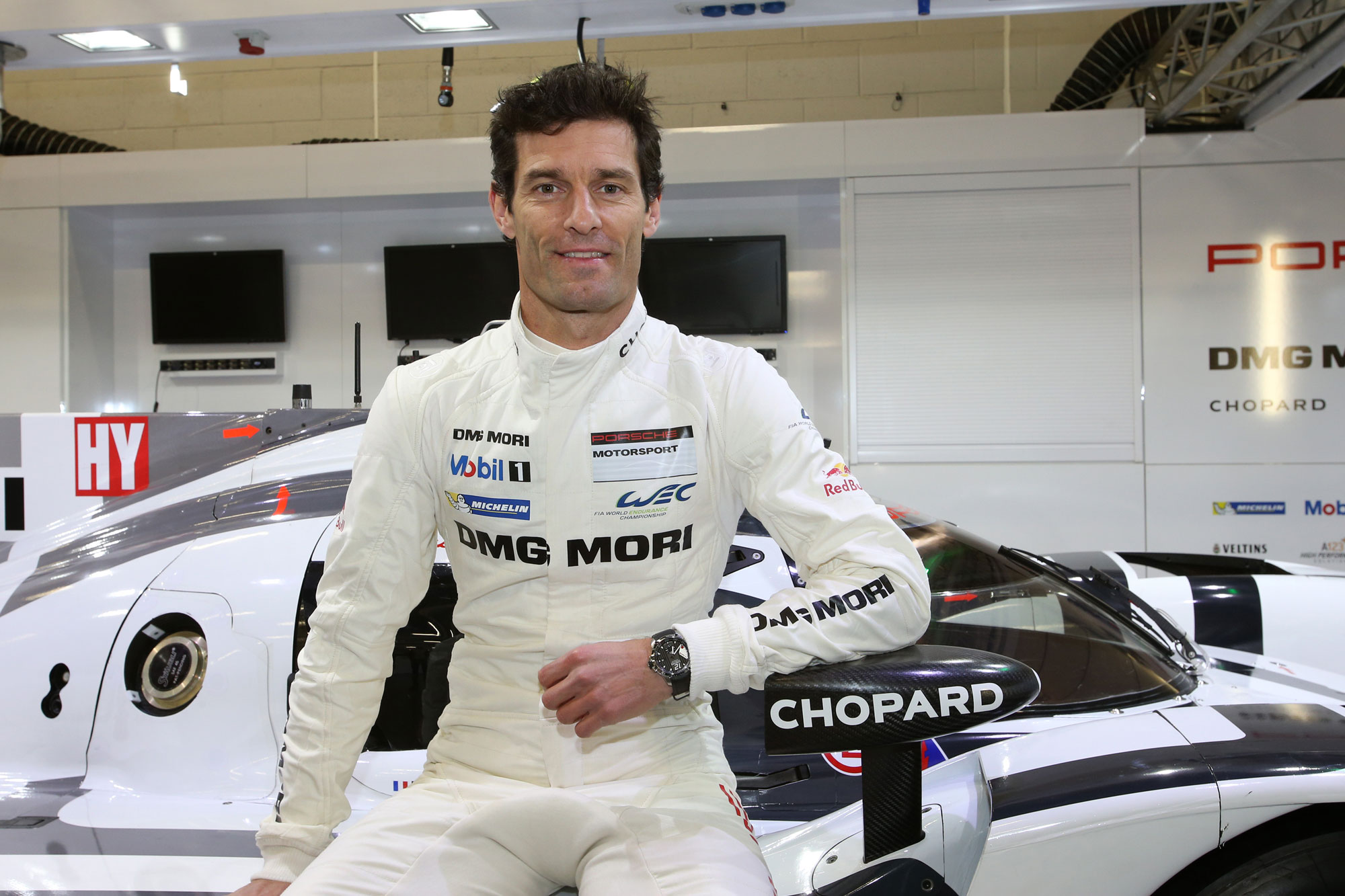 Chopard’s ambassador, Mark Webber, said: “What this team has done in such a short period of time is just incredible. I have been involved in some professional motor-sports projects and I must say it is impressive to come to this level and have this results this year. It’s really hard to produce these cars and this top performance week after week. The constructors’ title is great for Porsche and everyone was working hard. Racing for these guys is amazing.” 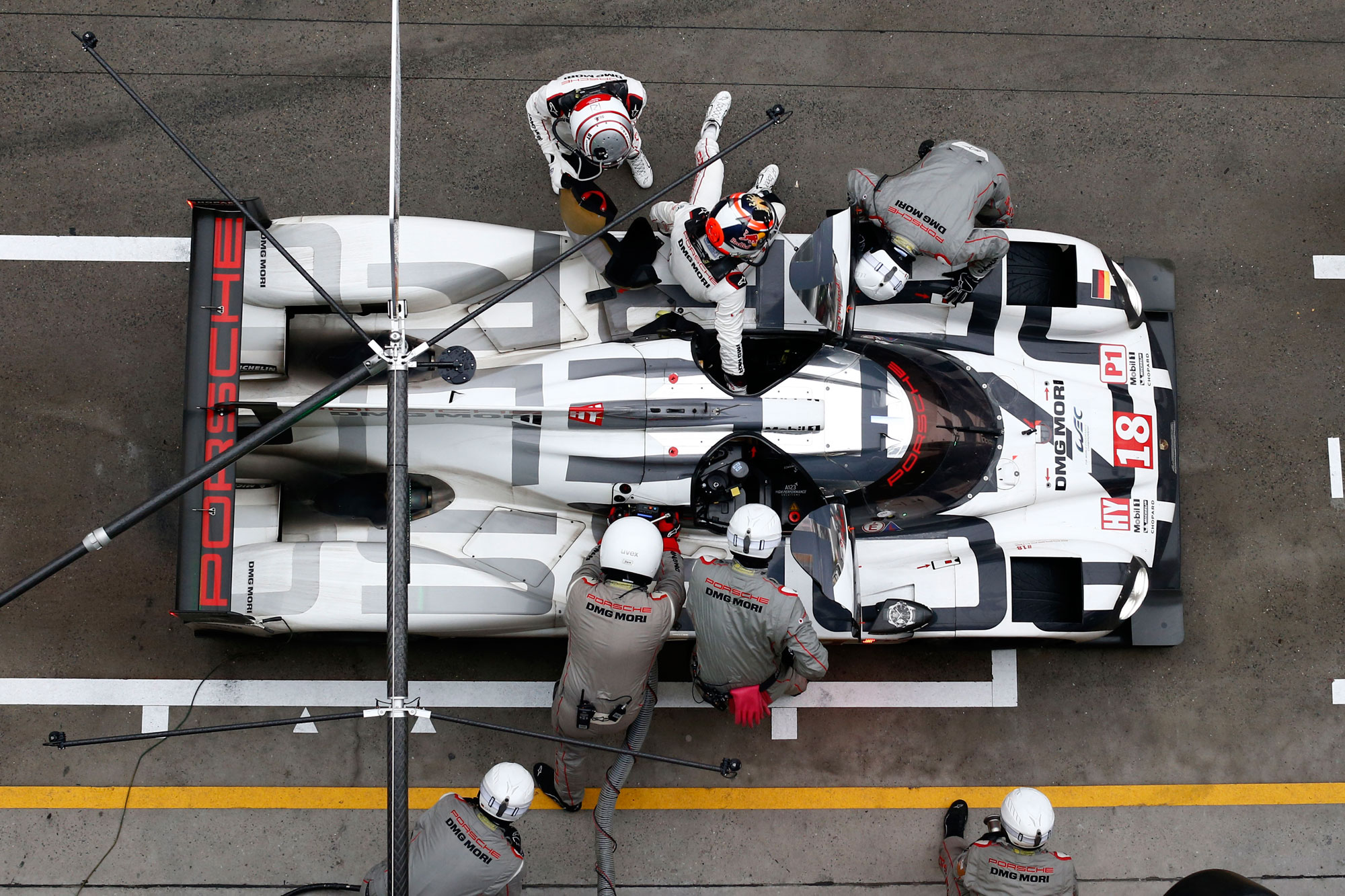 Porsche and Chopard: timing, precision and performance – a Superfast Chronograph
For the second year, Chopard is the Official Timing Partner of Porsche Motorsport.

Perfectly in line with the spirit of Chopard’s Superfast watch collection, this prestigious partnership is an extension of the company longstanding commitment to automotive sports. In 2014, Chopard became “Official Timing Partner” of Porsche Motorsport for the German racing team’s grand comeback to endurance competition. That same year, to celebrate this exclusive partnership, Chopard launched a new Superfast chronograph inspired by the Porsche 919 Hybrid competing in the World Endurance Championship LMP1 category: the Superfast Chrono Porsche 919 Edition. 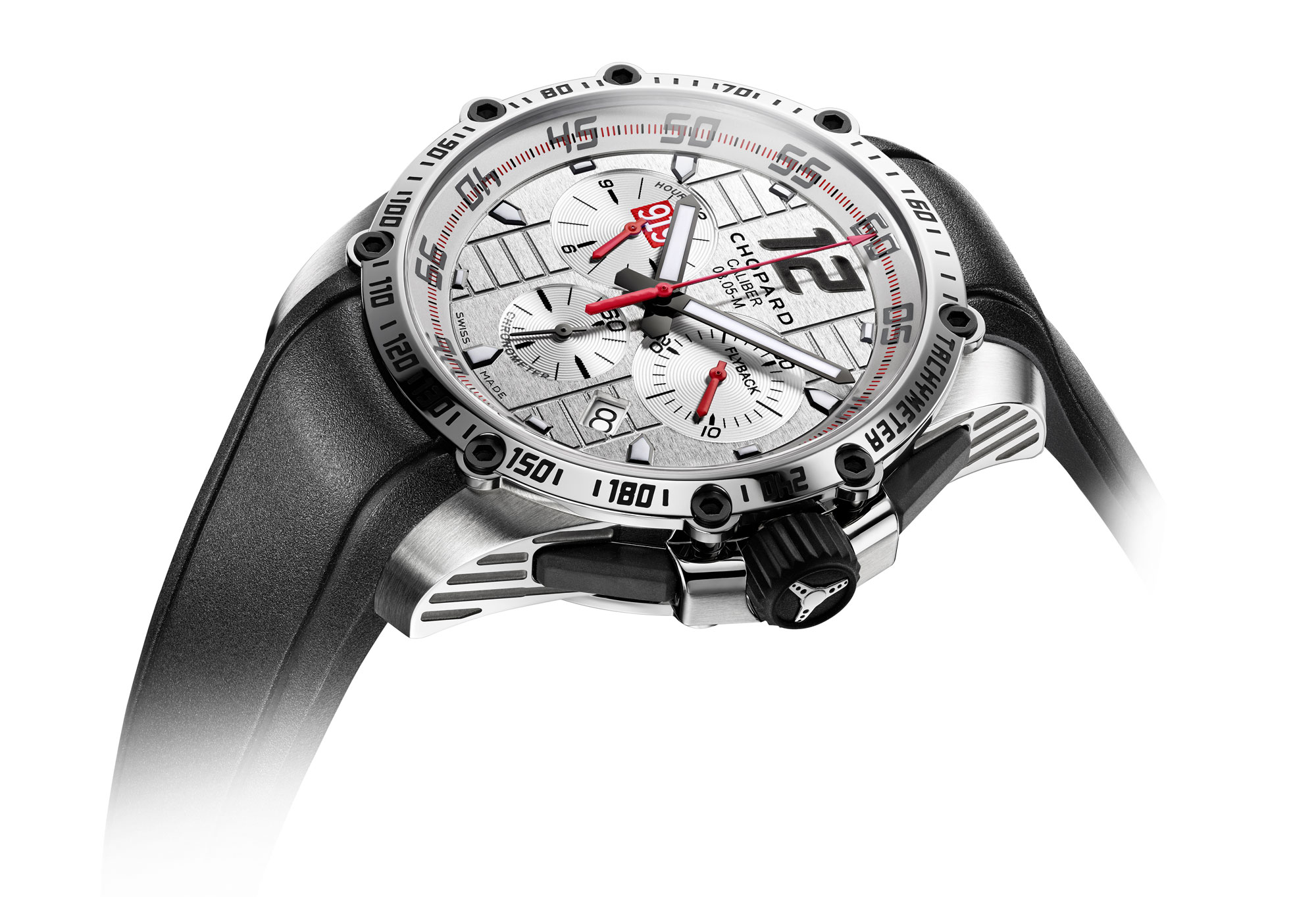 The Superfast Chrono Porsche 919 Edition is entirely in tune with WEC racing. This imposingly sized chronograph with its 45 mm-diameter case and flyback function beats to the pace of a mechanical Chopard 03.05-M calibre, chronometer-certified by the COSC. This engine and its oscillating weight may be admired through a sapphire crystal engraved with the inscription “Official Timing Partner Porsche Motorsport”. Inspired by the new Porsche 919 Hybrid, the stripes on the dial evoke the racing car’s rear diffuser. Likewise, the “919” appearing in a red rectangle inside a 9 o’clock subdial is identical to the number of the Porsche racing cars. Finally, the rubber strap is inspired by slick tyres serving to negotiate bends at extremely high speeds. 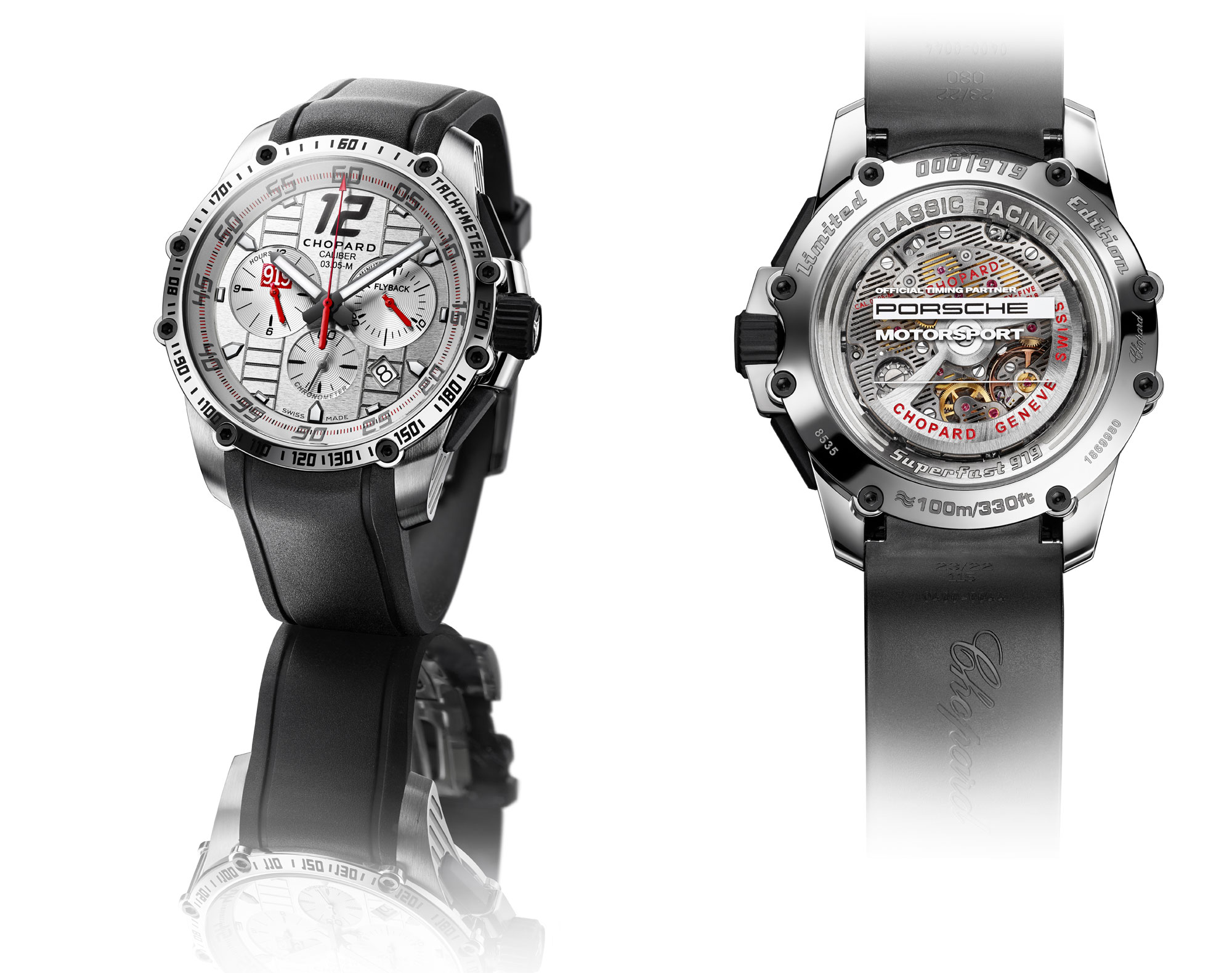 This sophisticated and powerful Superfast chronograph proclaims a highly exclusive nature that is a perfect match for the legendary Porsche cars, since the Superfast Chrono Porsche 919 Edition from Chopard is produced in a strictly limited 919-piece series reserved for those who are quick off the mark!

Chopard takes great pride in its partnership with Porsche during the FIA World Endurance Championship. Karl-Friedrich Scheufele states: “Porsche creates ultimate sports cars, successful in racing and exciting to drive on the road. Chopard shares this passion for performance and excellence. We are proud to accompany Porsche as official timing partner for their second endurance racing season.”

The FIA World Endurance Championship 2015 will finish on the 21st November at the Bahrain International Circuit. 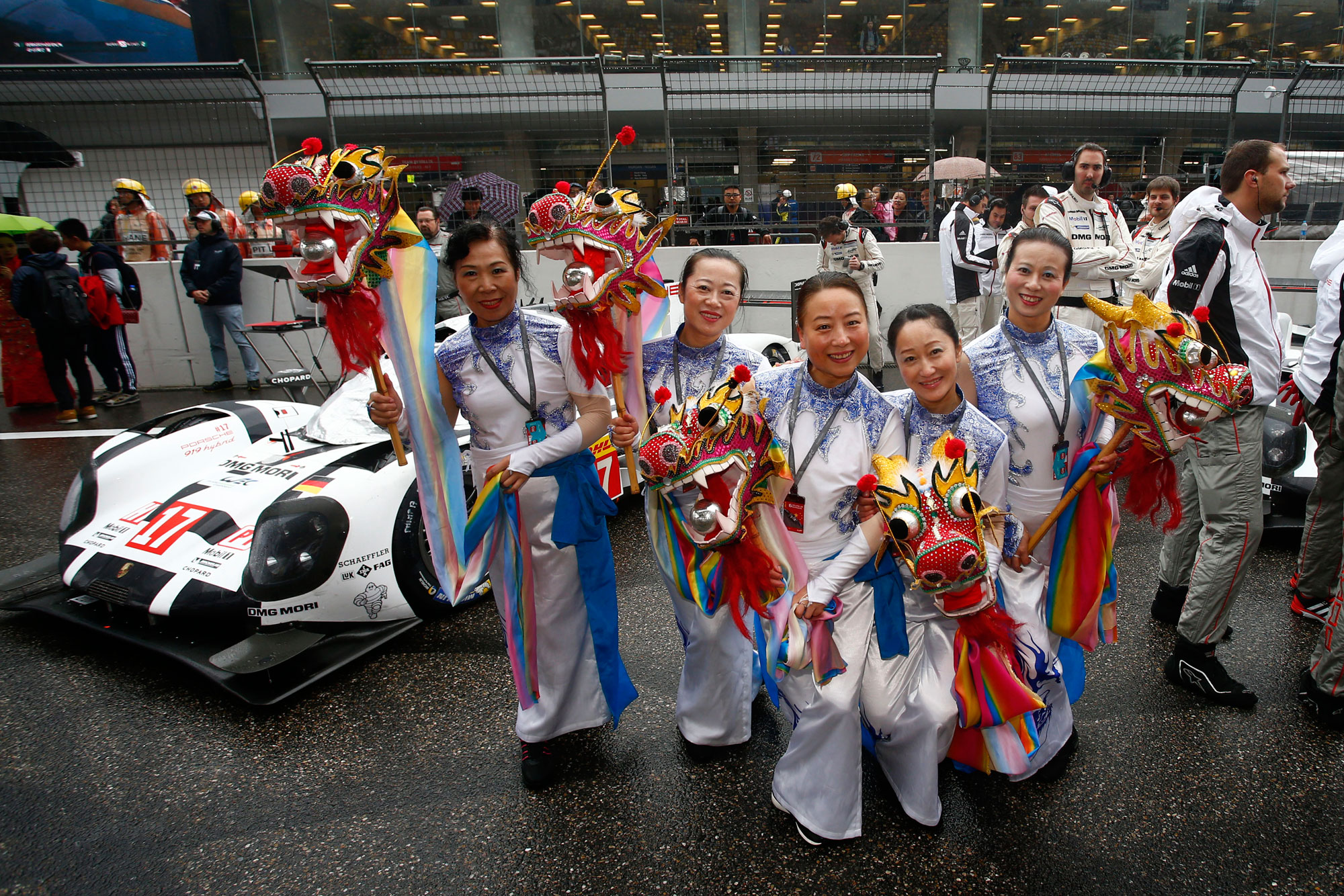