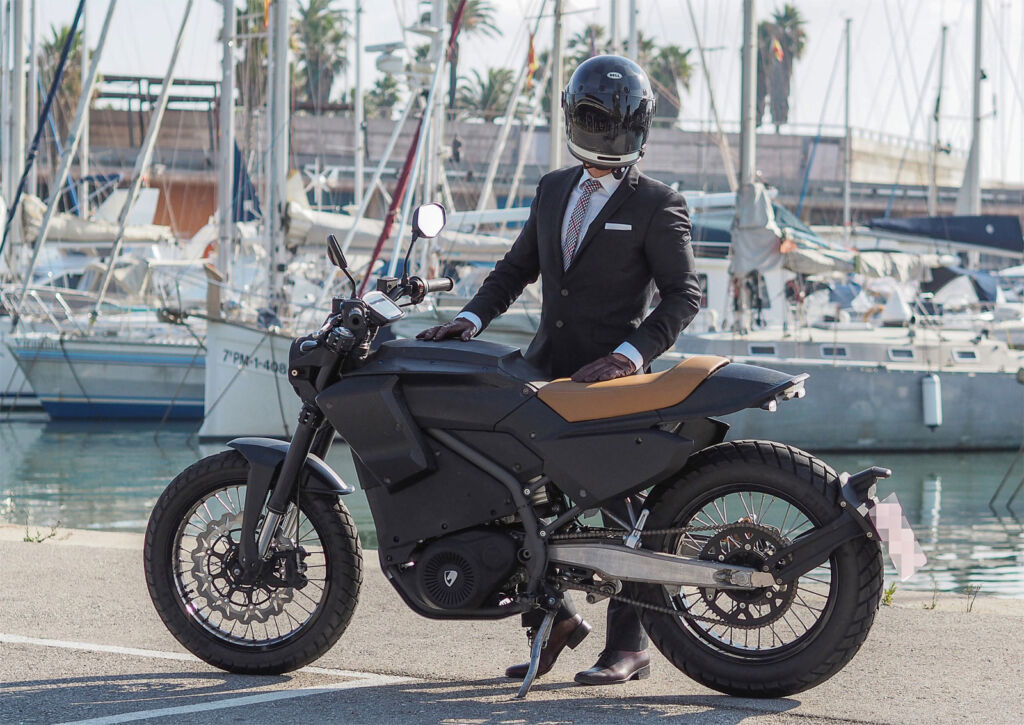 Electric motoring is coming on leaps and bounds and is attracting a raft of innovative companies. Pursang is one of the brands helping to lead the charge, and their initial UK offering looks to have all the right ingredients. Jeremy Webb grabbed the opportunity to take their attractive looking Pursang E-Track from England’s south coast into the beautiful Surrey countryside.

I took the electric Pursang E-Track First Edition for a ride around the Surrey hills to a couple of the Meccas of Motorcycling, Box hill and Newlands Corner. Whilst parked up, it got some admiring looks, and conversation flowed. It was great to see and hear so much positivity towards electric motorcycles from bikers.

Electric motorcycles are not toys or things to be ridiculed; they are now at a stage where they are competing with petrol motorcycles. Battery technology is improving, increasing power and range. Manufacturers are making their e motorcycles look like “real motorcycles”. Something motorcyclists have been criticising with previous models. The Pursang E-Track looks like a motorcycle; this was supported by comments from several bikers when I rode it to Newlands Corner near Guildford. 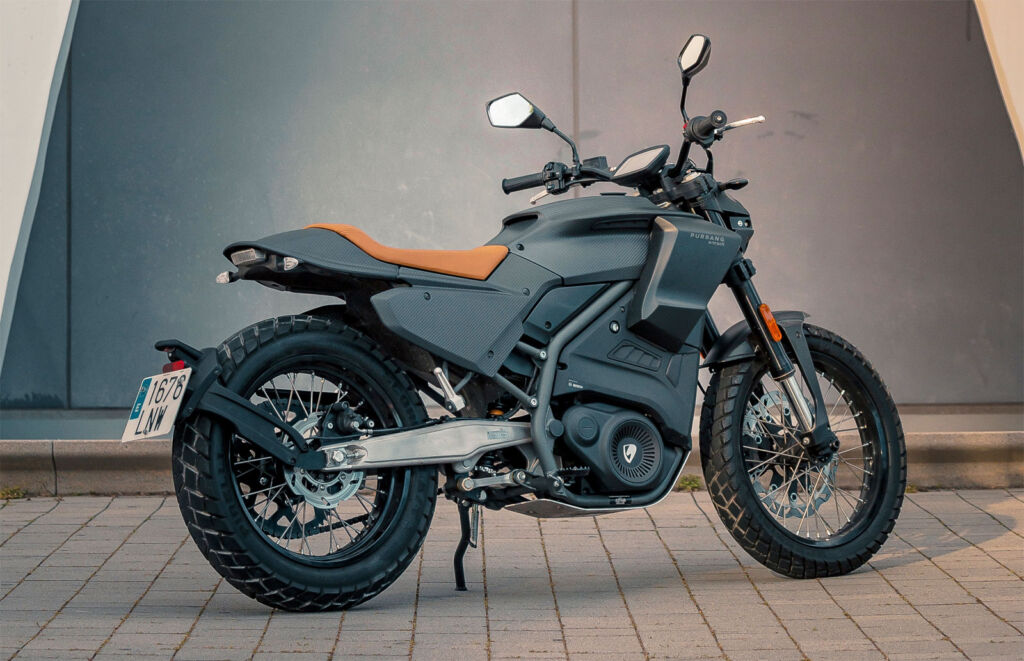 Although the brand name would make you think it’s an Asian-based company, apart from the Bosch engine, all of the components are made in Spain. And in a sign of just how far technology is moving on, some of the parts used in the Pursang E-Track are printed with 3D technology. These include the screen support, the base box for wiring, the headlight support, and the engine’s insulating caps. 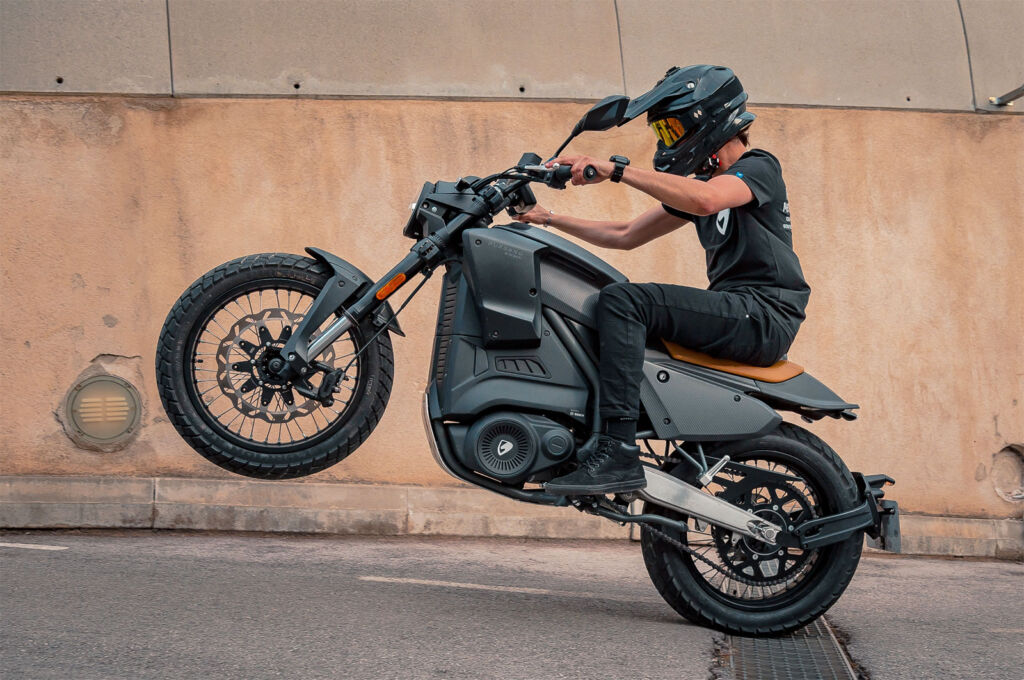 The Pursang E-Track has an 11kW Bosch engine using three 48V batteries with a total power capacity of 7.2kW (2.4kW per battery). A range of 80 miles is possible on the Economy (GO) setting or approximately two hours of riding. The E-Track can reach a maximum speed of 66 mph when in Boost mode. Three driving modes are available lowest performance, but the greatest range is in Go, then Cruise and the highest performance is Boost.

A novel feature is the Crawl mode, which allows the motorcycle to advance slowly alongside you while you’re walking, and crawl Reverse mode also helps facilitate different manoeuvres. 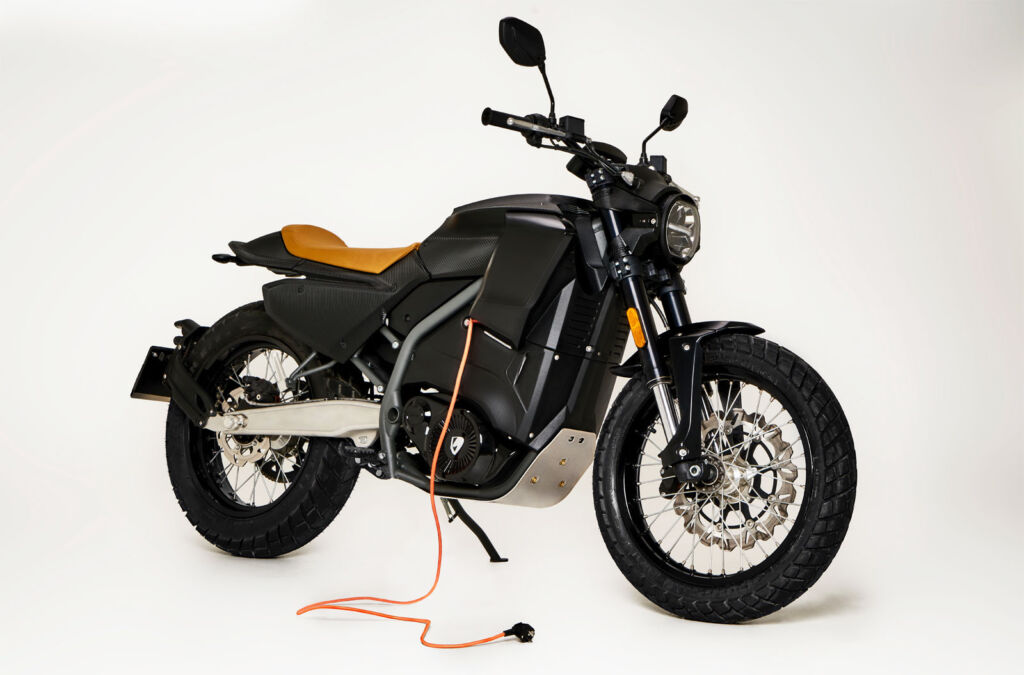 The batteries take six hours to recharge using a domestic socket. Unclip a panel on the bike, and the charge lead is attached to the machine, so plug it in. This is, of course, only possible if you can park the bike near an electric socket which can be a drawback. Pursang has built regeneration from the engine into the E-Track that helps improve battery range. By using the engine braking power of the machine, an extra charge is put into the battery.

The £13,000.00 Pursang E-Track has the look of a Flat Tracker with wide handlebars that sit high up, giving an excellent riding position. Your body is upright and arms well positioned, so they don’t get stressed.

I rode the First Edition model, which has a Carbon Fibre finish and looks the business. These are limited in number and selling quickly, so, if you’ve set your heart on getting one, you’ll need to get on the phone pretty sharpish with Lee at Motoebikes of Guildford. 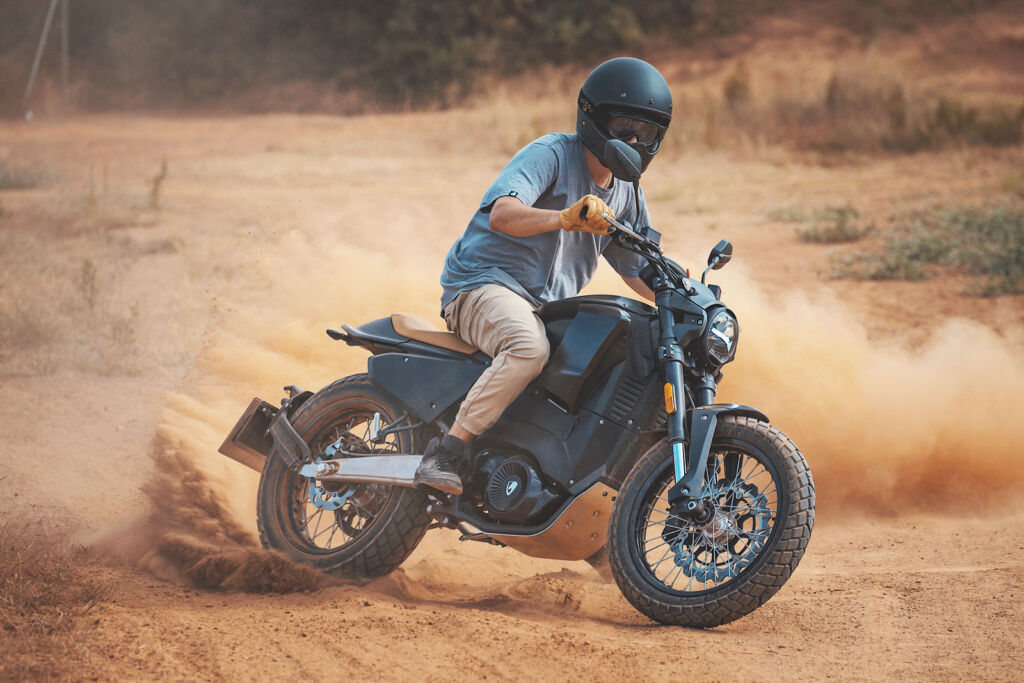 Handling is impressive, and the E-Track being light, is agile. I could move it through traffic with ease and at a slow speed. When I opened her up, the bike performed well at maximum speed. Cornering was tight with quick responses to body inputs and throttle adjustments.

When you turn the Pursang E-Track on, the clear TFT screen lights up, giving you instructions on pulling away. The display shows you to pull both front levers, then when this has been done, you shuffle through the menu to select the riding mode. Once set, it is a twist on the throttle; whoosh, you are moving. You can hear the Bosch motor working; pedestrians can hear it too.

It is pretty loud, and while riding, you are aware of it to start with, but then pleasure takes over; you are in the moment. 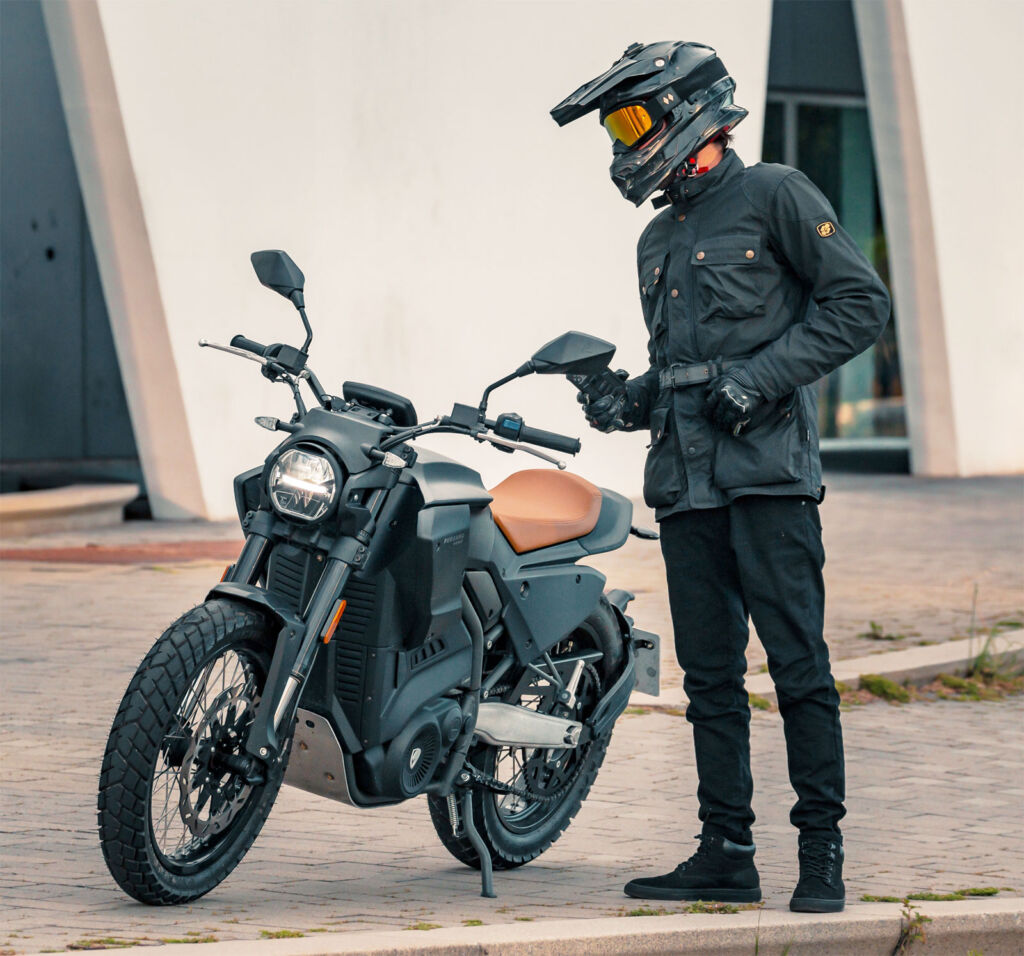 Final thoughts on the Pursang E-Track
I am getting more and more impressed with the selection of available electric motorcycles. The Pursang E-Track is perfect for short commutes, ideal for inner-city riding, and fun anytime. It would make the ideal first bike for someone new to motorcycling or a second bike for daily use.

Although I like the E-Track immensely, it isn’t the bike for me as it doesn’t meet my requirements. But I would happily recommend it to those people I know it would be suitable for. I am also sure that Pursang will be adding new models with a more extended range and higher performance; technology is improving as rapidly as the E-Track accelerates.

Pursang E-Track – Where and How?

About Pursang
The name Pursang was born in 1967, a model made by Bultaco. It was a motocross bike with exceptional features, quickly becoming a legend. Sadly it stopped being made in 1984. The brand is the idea of Jim Palau-Ribes, who worked for major companies such as Mazda, Audi, PSA Peugeot Citroën, Lamborghini, and Seat.

Many thanks to Lee at Motoebikes of Guildford, who imports Pursang and allowed me to test the bike. Find out more about Pursang and other e-bikes at https://motoebikes.com or by visiting the company’s official website, www.pursangmotorcycles.com.