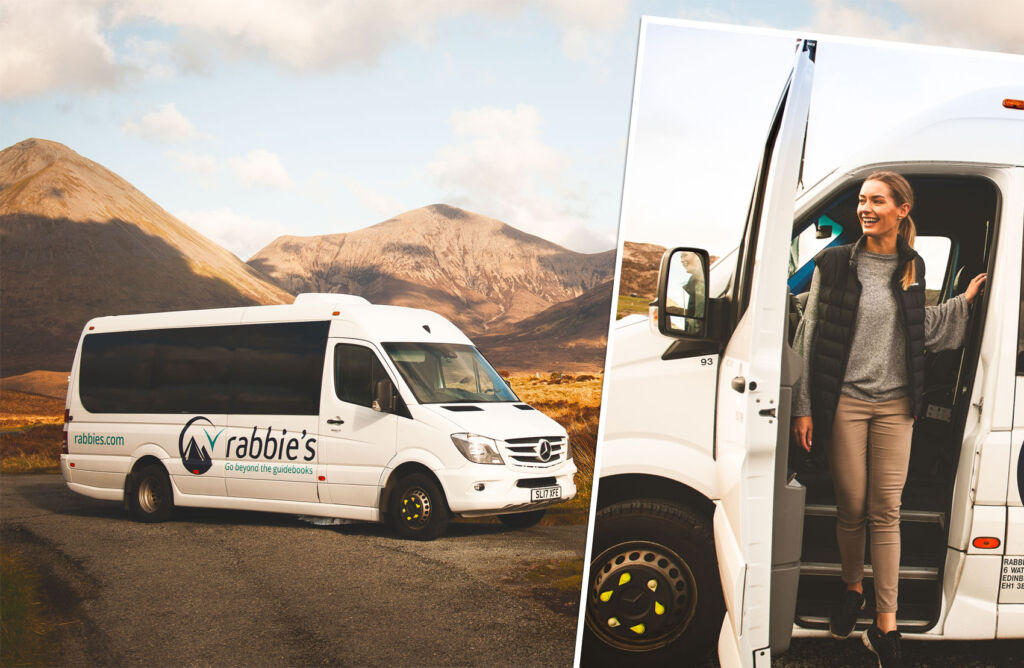 For a small place, North Wales has a big list of things to see and do. Therefore, studying maps, seeking out parking and finding places to eat can seem like an inefficient way to utilise your time. Taking the leg work out of this, coach tour holidays like Rabbie’s is a great idea. Sabi Phagura took her first coach trip with the tour company and put to rest any misconceptions she had about travelling with one.

I’ve never thought about taking a coach tour before. If I am entirely honest, preconceptions of a packed coach full of people ticking off sight-seeking places squeezed into a mere few days stopped me in my tracks from climbing aboard a holiday on wheels. But similar to flashy cruises, which have seen a boost in popularity in recent years, coach touring has come a long way. My recent trip with Rabbie’s Tours gave me a taster. As a travel writer, I spend a lot of time behind wheels admiring the back of trucks, so to be driven around by tour-guide-come-driver Charlie in a comfy small 16-seater coach taking in the fascinating scenery out of the large windows from my elevated seat set the tone for this trip. But it’s not just about window-gazing, and just under two hours from Manchester, we arrived at our first destination to the walled market town of Conwy. 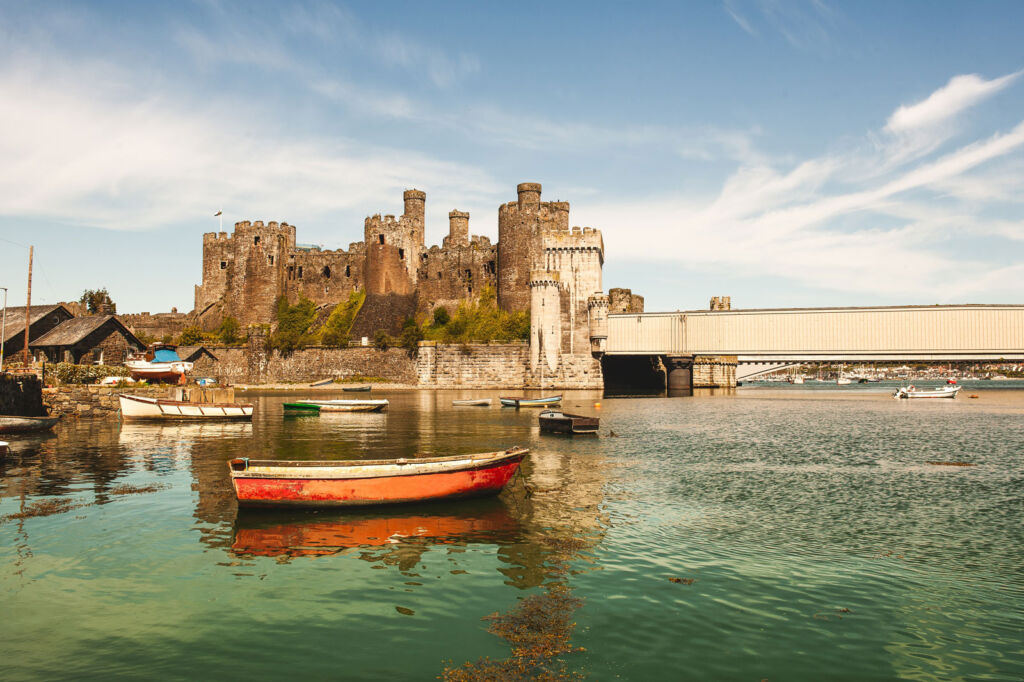 You can’t get lost in Conwy. From pretty much anywhere, you can spot Conwy Castle. If you want to visit inside the castle, tickets can be purchased in advance for a small admission fee. Visitors will be transported to medieval times as they marvel at the huge structure, walk around the walls, climb the eight towers, and explore the private quarters and chapels.

The design of the structure was commanded by King Edward I’s master-builder, James of St. George (the architect designed many of the king’s castles, including Harlech and Caernarfon) and was completed in 1287 after four and a half years of laborious work.

In contrast, what took a lot less time to build was the Smallest House in Britain which can be found nestled between a terrace of houses on Conwy’s quayside attracting queues of people from across the globe.

This national treasure is well worth a few minutes of your time, and for a small admission fee ( £1.50 for adults), you can duck inside the house and take in its remarkable surroundings. The house is just 72 inches wide (6 feet) by 122 inches high and was occupied right up until May 1900. Ironically, the last person to live in the house was local fisherman Robert Jones who happened to be six foot three inches tall.

Back on the coach and our very knowledgeable driver, Charlie shared his nuggets of expertise on the areas we were driving through as well as entertaining us with Welsh music and stories through the sound system. Charlie is now one of many drivers with Rabbie’s Tours, but the brainchild for the company was Robin Worsnop.

Back in 1993, all he had was an old sherpa van and a few people telling him it would never work. But Robin’s vision of wanting to ‘create an ethical way to travel’ finally came true. It meant he has to buy more mini-coaches, hire more people, learned the intricacies of a spreadsheet, and concentrate on building the company so more people could live his dream. All his hard work paid off, and today the Rabbie’s fleet consists of some 100 vans.

Heading deep into Snowdonia, the mountains and glacial landforms create a perfect backdrop allowing guests to get fully immersed in the trip. Snowdonia, which forms one of the three peaks, is also nicknamed the ‘shy mountain’ as its head is almost always in the clouds. But we were fortunate with the weather and could see the mountain in all its glory.

Sheep are aplenty here with roughly three to each person, so we occupied ourselves by spotting mountain goats. Charlie informed us that they took advantage of the lack of cars on the roads and freely roamed around towns, villages, and even in people’s gardens during the first lockdown.

Some of the notable stops of day one are the photo stop of Lake Padarn, a visit to the National Slate Museum and the picturesque stone-built village Beddgelert (the grave of Gelert). Legend has it that Prince Llewelyn ap Iorwerth left his infant son in the charge of his faithful dog Gelert as he went hunting.

On his return, the Prince was greeted by Gelert, whose muzzle was soaked in blood, and his son nowhere to be seen. Acting on impulse and thinking the worst, Llewelyn attacked the dog, only to discover later the child was alive and well lying next to a dead wolf who was covered in wounds as a result of a fight with hound Gelert.

The tomb of Gelert is set within in a beautiful meadow below Cerrig Llan and consists of two upright stones and a slab lying on its side. Other dogs are said to express grief at this spot, and I tried desperately to scrutinise the look of dismay on the two dogs at the tomb at the time of my visit. Now, I’m no dog expert, but I swear the pooches appeared subdued. 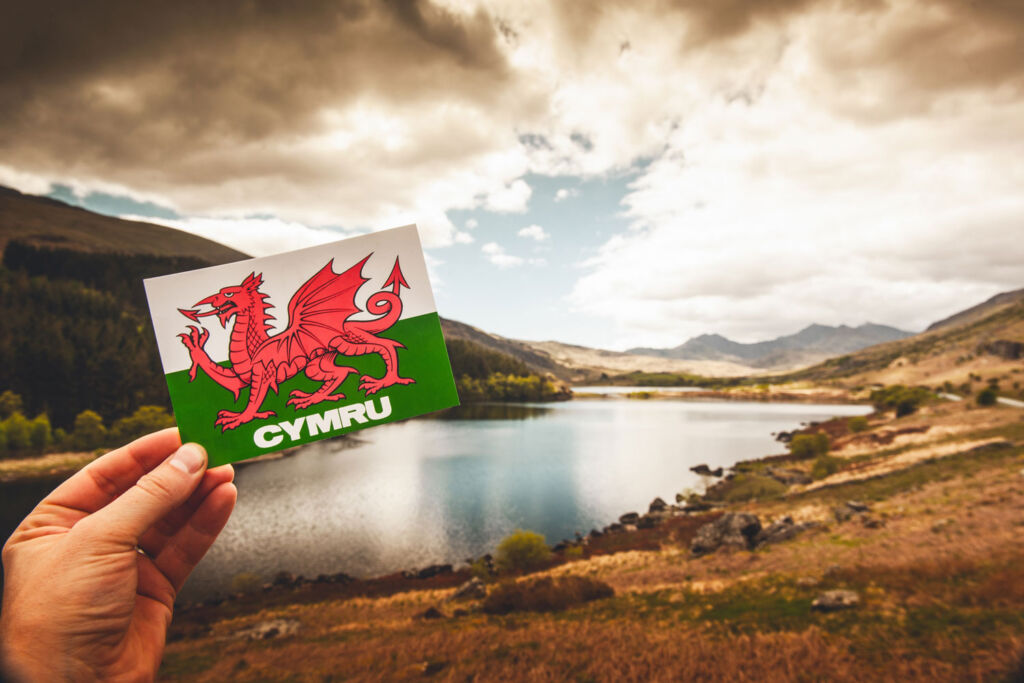 After a restful night at the Black Boy Inn, Caernarfon, one of the oldest inns in North Wales, (1522), the Rabbie’s tour followed onto the rugged beauty of the Isle of Anglesey, which is home to the South Stack Lighthouse. It’s currently closed due to coronavirus restrictions, but you can still get a delightful walk around the area, which attracts rock climbers, cyclists and hikers alike.

Llanfairpwllgwyngyll or Llanfair Pwllgwyngyll is a large village and local government and well worth a visit. The long form of the name, with 58 characters split into 18 syllables, is Llanfairpwllgwyngyllgogerychwyrndrobwllllantysiliogogogoch. Try saying that! It translates roughly as ‘St Mary’s Church in the Hollow of the White Hazel near a Rapid Whirlpool and the Church of St. Tysilio near the Red Cave.’

The name was coined as a publicity stunt in the 1860s after the locals got fed up with tourists only using it as a passing route without stopping to head to other well-known hotspots. Well, it certainly worked as the town is swamped by tourists from all over the world even today just to take pictures of the train station with the same name. 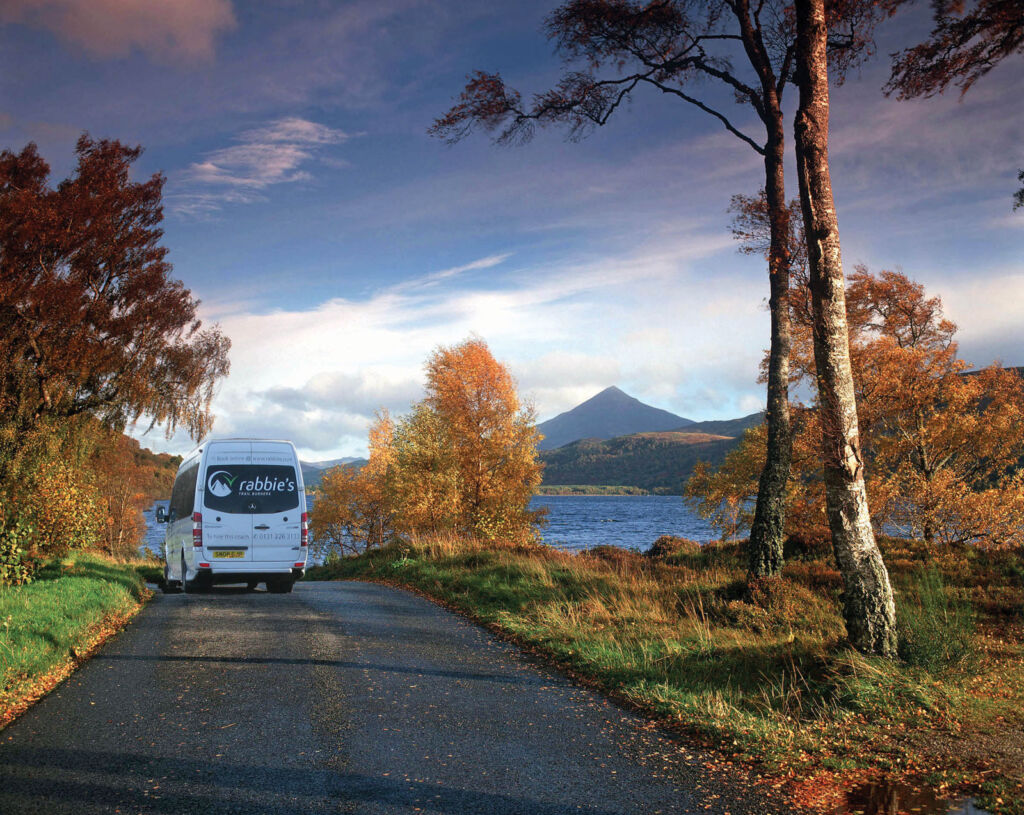 On this tour, Rabbie’s takes you through some of the most charming and unique villages in Wales, where you will learn a great deal about the Welsh. One object that stuck with me is the Welsh Spoon, a handcrafted gift made from a solid wood block. The tradition was that a male admirer crafts a lovespoon for a young woman, indicating that he was skilled and capable with his hands. While the oldest such spoon in Wales dates back to 1667, you can find a number of these spoons in many souvenir shops.

A village with a twist here is hands down, Portmeirion. It was built as a tribute to the Mediterranean, and this coastal village boasts technicolour streets, a jumble of pastel-coloured buildings standing out against palm trees and sculptures.

For a small fee (£12.50 for adults), you can will away hours admiring this huge space and is a real little pocket of visual madness and incredibly good fun. You also have the option to extend your stay here at either of one of the two 4 star hotels.

The third and final day of this Welsh whistle-stop tour ends with visits to Harlech Castle and the Roman town of Chester. When Charlie informed us there are more castles herein North Wales than anywhere else in the world, he wasn’t joking.

North Wales has made a big impression on me with its spectacular views, unparalleled beauty, and diverse attractions. I’m sure wouldn’t have been able to cover as much as I could without a coaching trip.

Rabbie’s tours lived up to its promise of showing you the best places with a balance of being able to enjoy them without being rushed.

Would I travel by coach again?
I’m already crawling through Rabbie’s website to check out other places to visit. And with 60 per cent of the locals speaking the language, I may even brush up some keywords. Who knows, my efforts may even be rewarded with a bigger scoop of ice cream and it should be said, when it comes to the sweet stuff, the Welsh definitely know how to produce good ice cream.

Rabbie’s Tours – Where and how?

Rabbie’s Tours cover the UK as well as other countries including Portugal, Spain, Italy, Switzerland, France and Ireland among others. Rabbie’s Tours is an ABTOT member and bear in mind that some hidden gems you might be taken to are likely to be off the beaten track so all-day mobile phone reception might not be possible. For more information on all the tours visit https://www.rabbies.com/en.