Cuervo y Sobrinos has added a beautiful new edition to its iconic Churchill collection with the Robusto Churchill ‘Sir Winston’. It features a salmon guilloché dial that embodies the warmth and vibrance of Havana and will be limited to only thirty pieces.

Mention Winston Churchill and most people will have an image of the man wearing a Homburg hat puffing on a large cigar. It is an iconic portrayal of the Prime Minister who served his term during one of this country’s most turbulent times. Leading the Government during WW2, he became synonymous with his rousing speeches. He was a man who enjoyed the odd drink and a cigar, especially Cuban ones.

Cuban brand, Cuervo y Sobrinos, known across the globe for its luxurious, Latin character, is proud to have welcomed some of history’s most illustrious personalities to its Havana boutique throughout its storied 139 years, and one of these was Winston Churchill, whose passion for the island and its cigars is legendary.

In 1895, aged just 21, Churchill made his first visit to Cuba; he was a young officer in the 4th Hussars, based in London. Keen to see military action, he joined the Spanish Army to fight in the “Cuban War of Independence (1895 – 1898). Churchill only spent a couple of weeks on the island, but that short time made a lasting impression on him.

In 1946, after undertaking his demanding role in the Second World War, Churchill crossed the Atlantic to North America at the invitation of President Truman. After his official duties ended, Churchill visited Cuba for a second time. Travelling with his wife, Clementine, from Florida to Havana, they stayed at the prestigious Hotel Nacional. While on the island, he visited the Cuervo y Sobrinos Cigar boutique.

Churchill enjoyed Cuba, especially when smoking his favourite Havana cigars. He received 500 Romeo y Julieta cigars as a gift on the island, which was his favourite brand. Robusto means short and robust for those who might not be familiar with cigar terminology, which seems quite apt when you think of the great man.

The Robusto Churchill ‘Sir Winston’ timepiece sits within a 43mm stainless steel and titanium case, embellished with contrasting polished and satin-finished surfaces. The hinged lever at 3 o’clock serves as a crown.

The unusual design imbues the watch with a near-symmetrical profile while preventing pinching on the wearer’s wrist. The Robusto Churchill ‘Sir Winston’ benefits from an exhibition case back, allowing a clear view of the Swiss automatic movement and featuring a quote from the great man, “Attitude is a little thing that makes a big difference”.

The beautiful watch comes with sapphire crystal glass with an anti-reflective coating. It is water-resistant to 10 ATM; there is a screwed see-through case back with a sapphire crystal covering. The movement is automatic and has a power reserve of 44 hours. 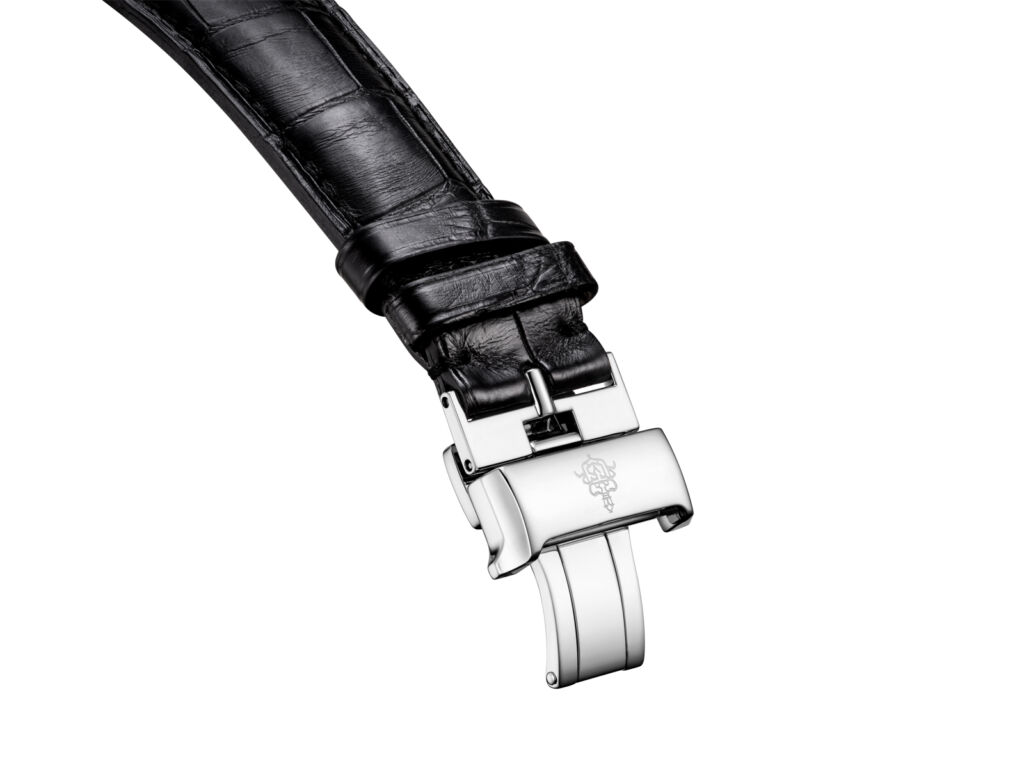 The Robusto Churchill ‘Sir Winston’ comes with a black Louisiana alligator strap and a stainless steel and titanium bracelet. All this comes in a Humidor styled presentation box as if cigars were inside.

The timepiece is a fitting tribute to a great man, and Winston Churchill would love to know that people are still honouring him. Naming the model the Robusto is so appropriate as Churchill was certainly robust in his defence of Great Britain.

The Robusto Churchill ‘Sir Winston’ – Where and How?

The Robusto Churchill ‘Sir Winston’ is priced at £3600 and is strictly limited to thirty timepieces. It is available exclusively at renowned English retailer CW Sellors. Each of the timepieces is delivered mounted on its stainless steel and titanium metal bracelet; the additional alligator strap is placed within the humidor presentation box.

The brand has several other watches within its Churchill collection. For more information, please visit www.cuervoysobrinos.com.