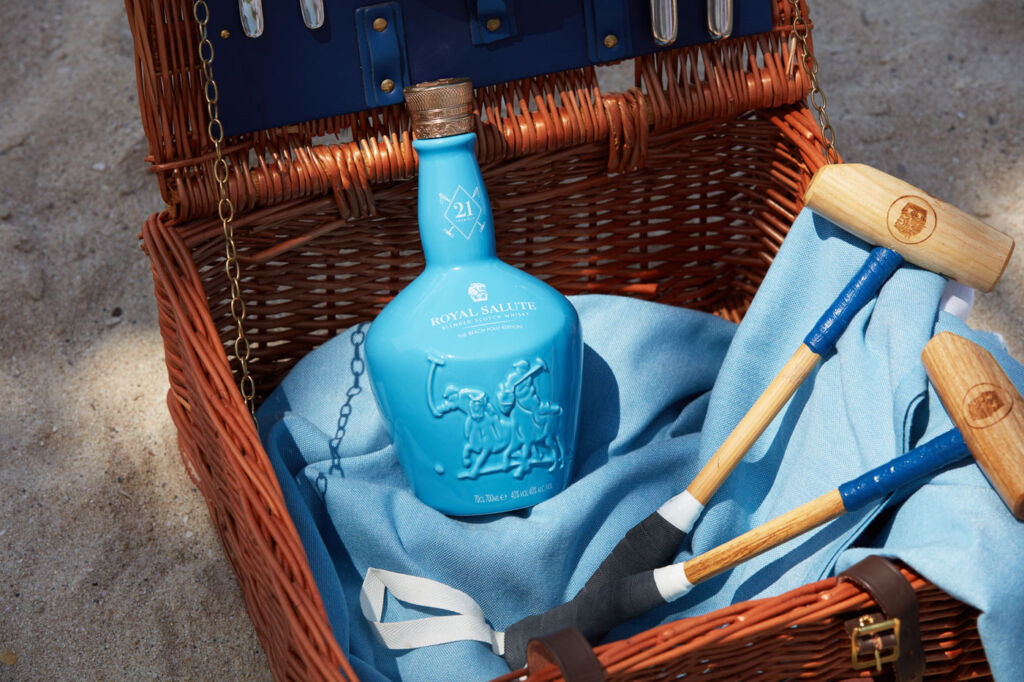 The ‘King of Whisky’, Royal Salute, continues to celebrate the harmony between the Sport of Kings and exceptional Scotch whisky, by unveiling the latest addition to its annual Polo Collection. 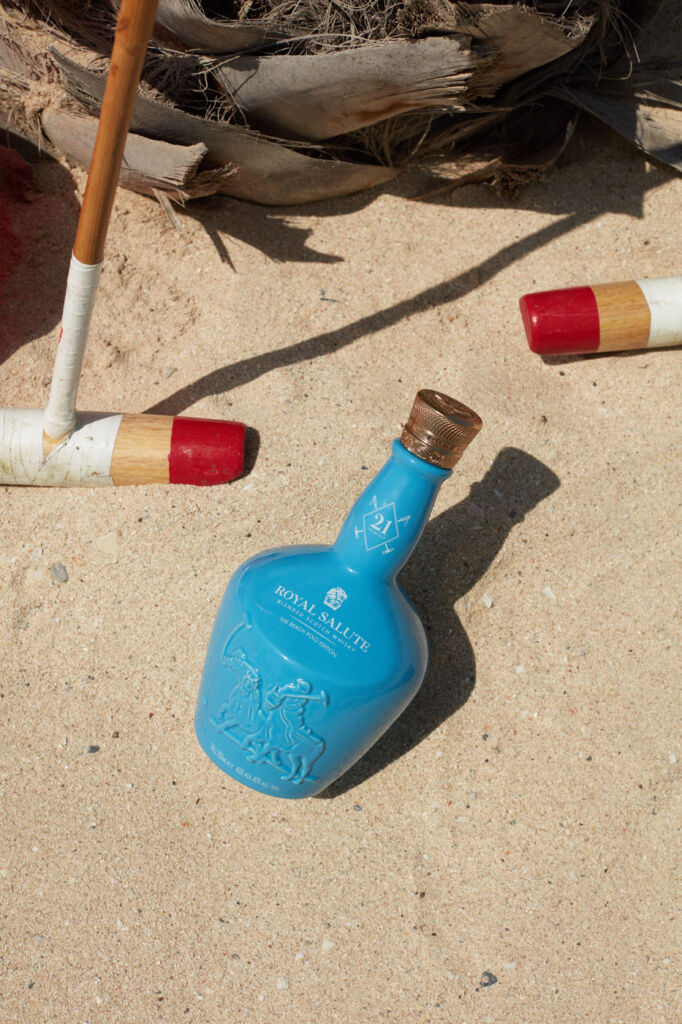 Named the 21-Year-Old Beach Polo Edition, it is the second bottle to be added to the series following the unveiling of the 21 Year Old Polo Edition which we wrote about last year.

Inspired by the lingering bonfires, evocative salty winds and warm seaside air synonymous with the sport, the contents of the limited edition themselves have been expertly crafted by Royal Salute Master Blender Sandy Hyslop. The result is an outstanding new expression that features a tantalising smoky flavour with soft peaty tones, rich fruits and sweet honey. 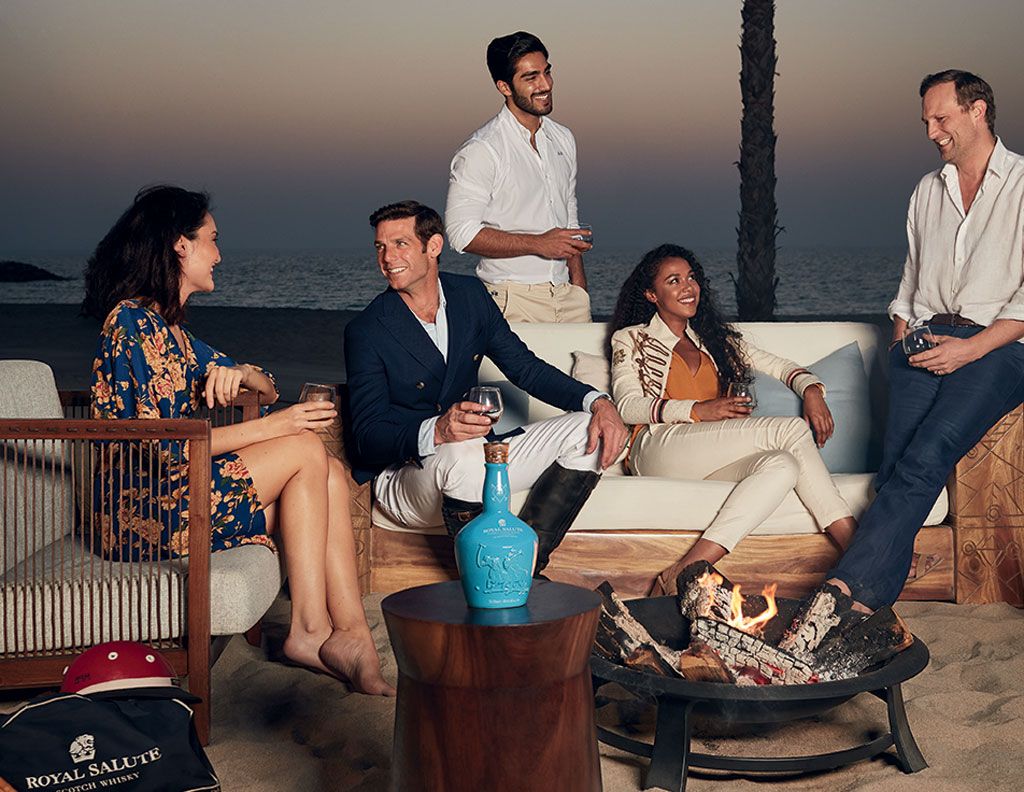 Malcolm Borwick said of the new expression: “Beach polo is experiencing a surge in popularity around the world, driven by the beauty, playfulness and a universal pull of the beach as a match day backdrop. As a location, it elevates the spirit of polo for spectators and players alike, bringing them closer together as sounds from the roaring crowds and thundering hooves racing towards a goal travel and mix cleanly across the sand.”

The new release comes as Malcolm Borwick continues to lead the longstanding affinity between Royal Salute and polo across the globe. Spanning more than a decade of support, Royal Salute sponsors more than 15 polo tournaments worldwide and has become somewhat of a staple in the sport. 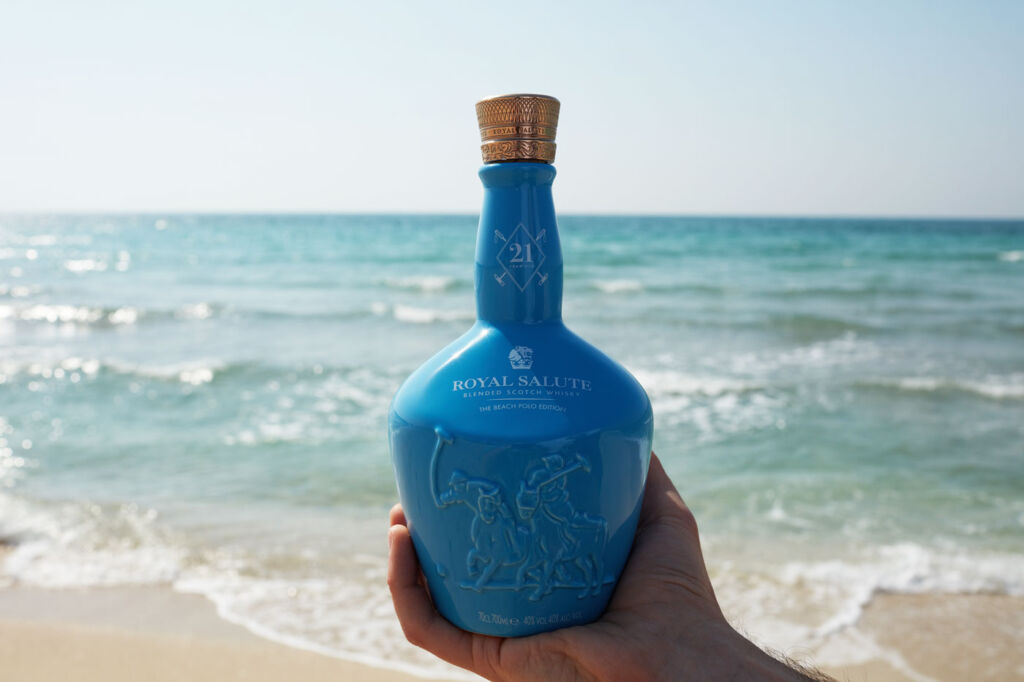