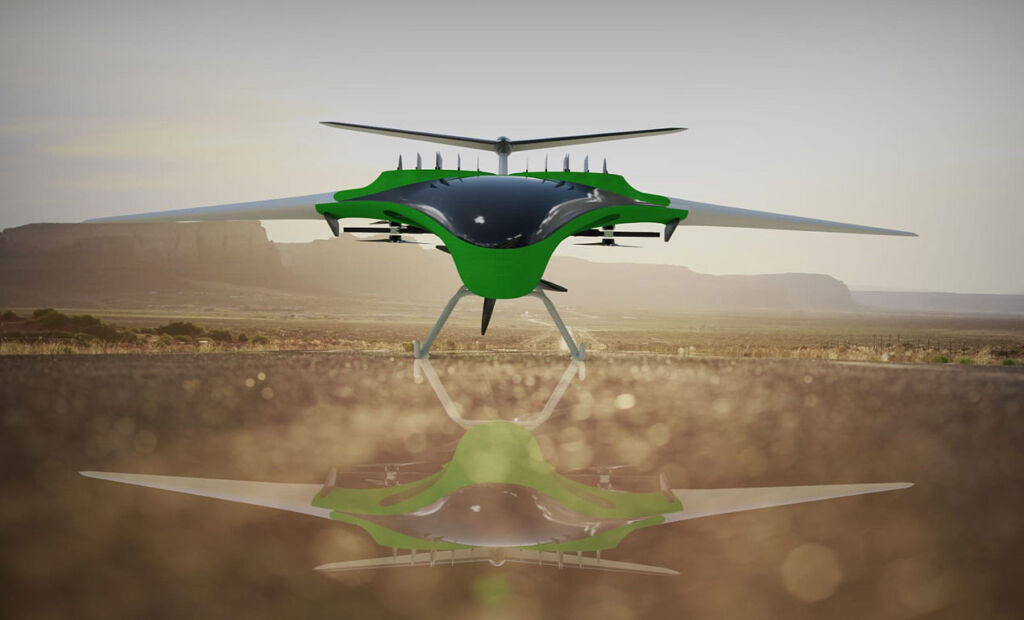 In the Autumn of 2020, Samad Aerospace unveiled its first prototype vehicle, the Q-Starling. Since then, the British-based company has come on by leaps and bounds, and almost one year later, their second prototype eVTOL called the eStarling has successfully completed its hover tests.

Many leading aerospace companies worldwide are frantically trying to be the first to produce mass-market eVTOL aircraft. For those unfamiliar with the term eVTOL, it stands for electric vertical take-off and landing. Essentially, an eVTOL does what a Harrier Jump Jet does but using electric power and sustainable fuel sources. One of the companies creating a stir in this sector is Samad aerospace who’ve just announced the successful completion of hover tests for its second prototype, eVTOL, called the eStarling.

Hover testing the Samad Aerospace eStarling eVTOL
The eStarling eVTOL tests were conducted using a crane system. The tests focused on the flight control system whilst in a hovering mode. The eStarling used 65% of the available power to take off and hover, leaving a healthy power supply for any adverse weather conditions. Recent full hover tests have demonstrated that the prototype is both agile and stable when performing helicopter and hovering moves. 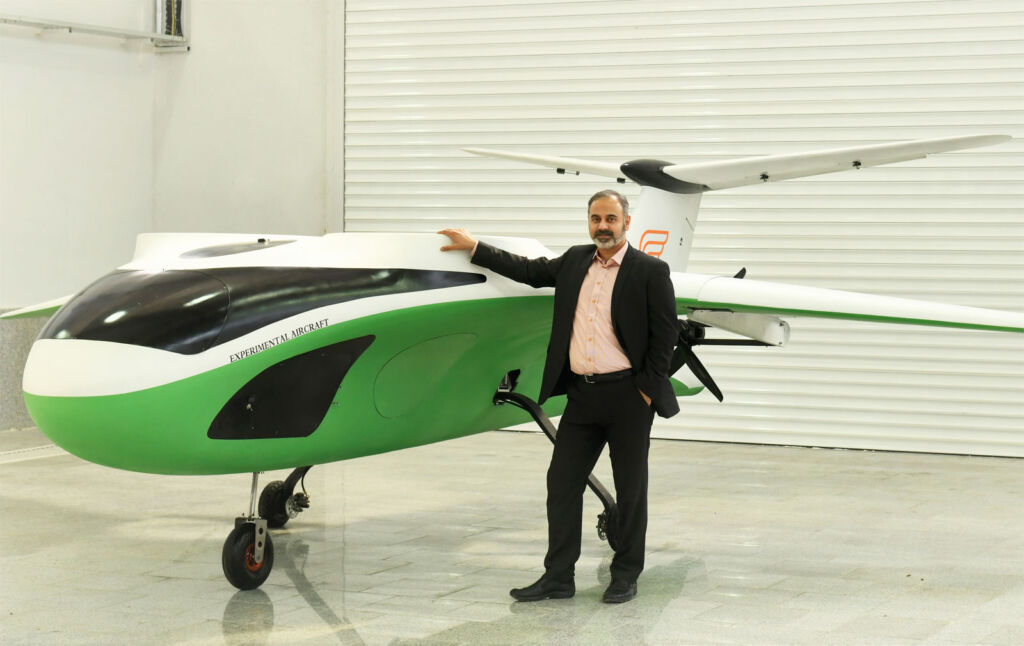 Dr Seyed Mohseni, CEO of SAMAD Aerospace, said, “The importance of these recent flight tests is the initial validation of the autopilot that has been developed by the SAMAD Aerospace team.”

About the Samad eStarling
The eStarling has been designed for intercity transport. When it comes to the market, it will combine a helicopter’s vertical take-off and landing ability with the range and speed of a business jet. The eStarling will be the world’s fastest hybrid eVTOL aircraft. The cruising speed is expected to be 300 mph, and it will have a handy range of 800 miles. The eVTOL will be powered by sustainable aviation fuel (SAF), so it will not be solely battery-powered and will transport people from helipad to helipad, avoiding the stress and hassle of airports. 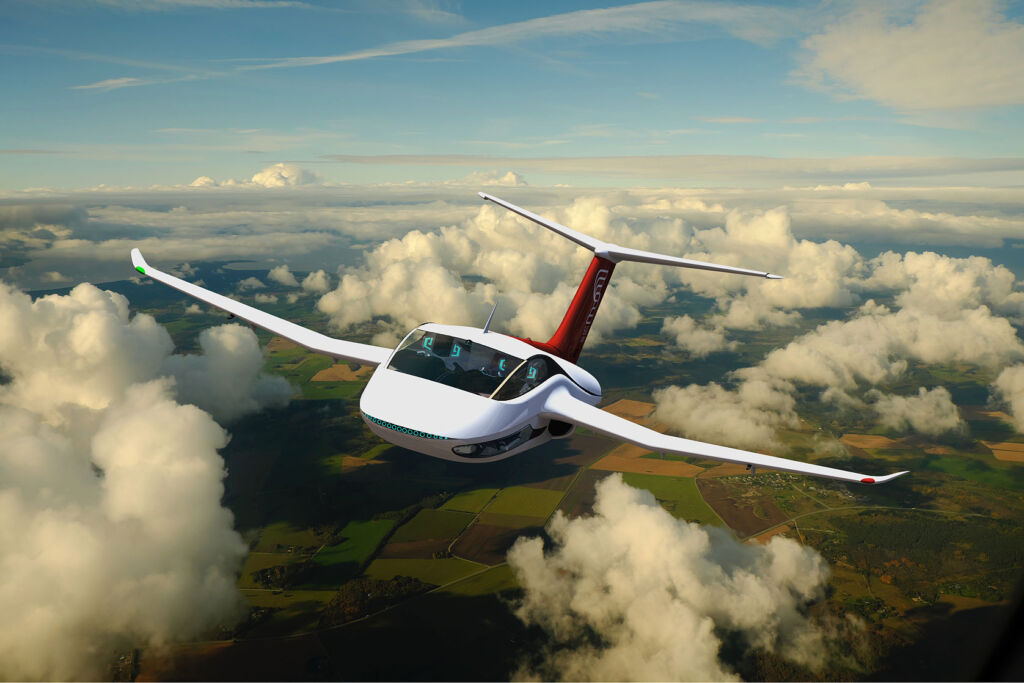 About Samad Aerospace
Samad Aerospace is a UK-based technology start-up focused on green technology. The company has the goal of revolutionising the way goods and people are transported around the world. Smad Aerospace benefits from a team of world-renowned experts from the fields of aircraft design, propulsion systems and aerodynamics who’ve come together to create vehicles that could redefine the way we travel in the future.

Climate change or population growth dictating the future of technology?
A couple of hundred millennia ago, climate change all but wiped out the human race. The much-lauded publication Scientific American, the oldest continuously published magazine in the US, estimated that around 195,000 years ago, the planet experienced a catastrophic winter lasting 72 years.

The severe weather pretty much wiped out the human population, reducing it to what they estimated to be only a few hundred. However, humans are hardy things, and the few remaining did what they needed to ensure we have the 7.8 billion on the planet today.

Much of the new technology coming to the market focuses on the welfare of the planet, and fingers are frequently pointed at people, stating that they are the major reason behind this trend. The extreme weather currently being experienced has been given many names over the years, such as ‘man-made global warming’, which became ‘global warming’ for obvious reasons, the not so catchy ‘inadvertent climate modification’ and ‘global change’ to name but a few.

Extreme changes in Earths climate is nothing new. Modern technology allows us to see events happening in real-time which affects, ten of thousands of people. However, 10,000 years ago, it’s likely some of the same things we see today were happening back then, affecting just a handful of people. The big difference between then and now is that it would not have been documented or shared in an alarming way with the rest of the world’s population.

What has changed over many millennia is the rapid and seemingly uncontrolled growth in the number of humans and their insatiable craving for fossil fuels stoked by big business. The one thing that cannot be ignored is that the world appears to be running out of natural resources and this, perhaps, is one of the main reasons business is exploring alternatives.

I am highly likely looking in the wrong places, but I am finding it difficult to locate any recent scientific studies into whether there are knock-on negative impacts on the way the planet runs by physically taking these fuels out and if by doing this, it’s causing the weather to change? What I mean by this is, does the earth need fossils fuels for itself to help it run smoothly, much like a car’s motor. Does having less of the fuels in the ground affect its performance and produce other detrimental side-effects such as extreme weather? I know this notion might be a bit left-field, but it’s frequently said that everything has a reason for existing in nature. 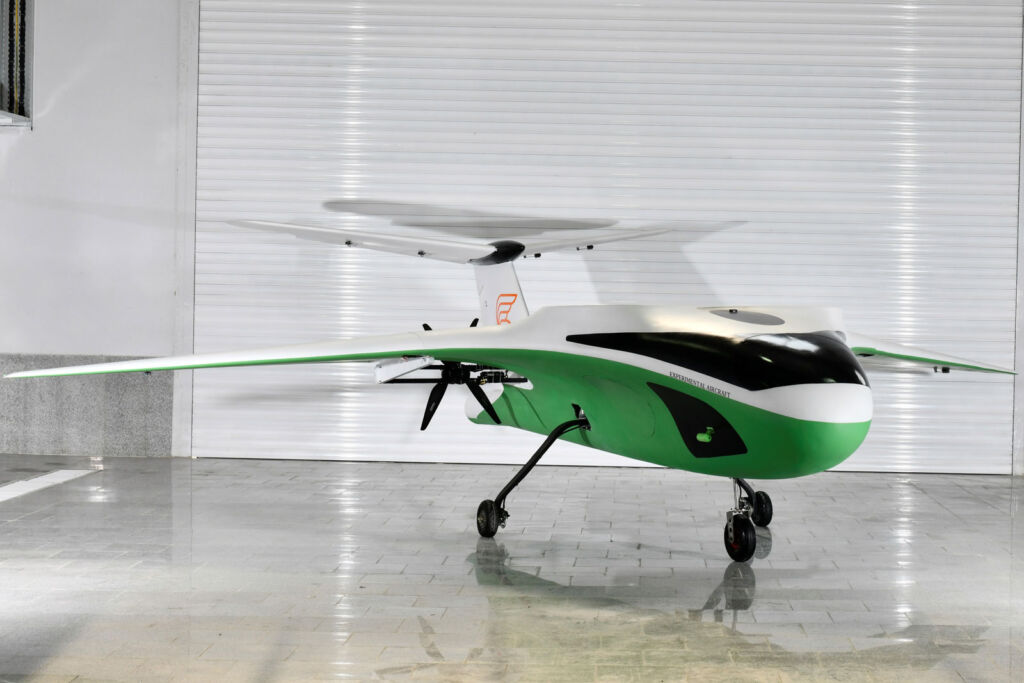 Final thoughts on the Samad eStarling
Having more people on the planet requires more vehicles resulting in increased road congestion, and this doesn’t just inconvenience those trying to ply their trade; it also restricts the ability of emergency services to help others. Samad Aerospace’s eStarling, could solve this and many of the problems highlighted above.

Although my sci-fi laden vision of walking out of my house and getting into an electric VTOL aircraft where I can whisk myself off into the skies would be incredible, I need to be realistic. I can’t see it becoming a mass-market method of transport in my commuting lifetime, but that’s not to say that eVTOL’s won’t be a common sight.

If Samad’s eStarling achieves all of its goals and come to the market at a realistic price point, it could be a significant asset to help with running a country’s essential infrastructure. That’s where I see the biggest benefit of this type of technology and not for the pleasure and convenience of the corporate sector ‘fat cats’ and ‘bigwigs’.

Delivery of the eVTOL is expected to begin in 2026, and it is available to pre-order now. The company’s head office is based at Cranfield Technology Park, located between Bedford and Milton Keynes in England. To find out more, visit their website: www.samadaerospace.com.

Roswell 75: The Final Evidence Seeks to Uncover What Really Happened