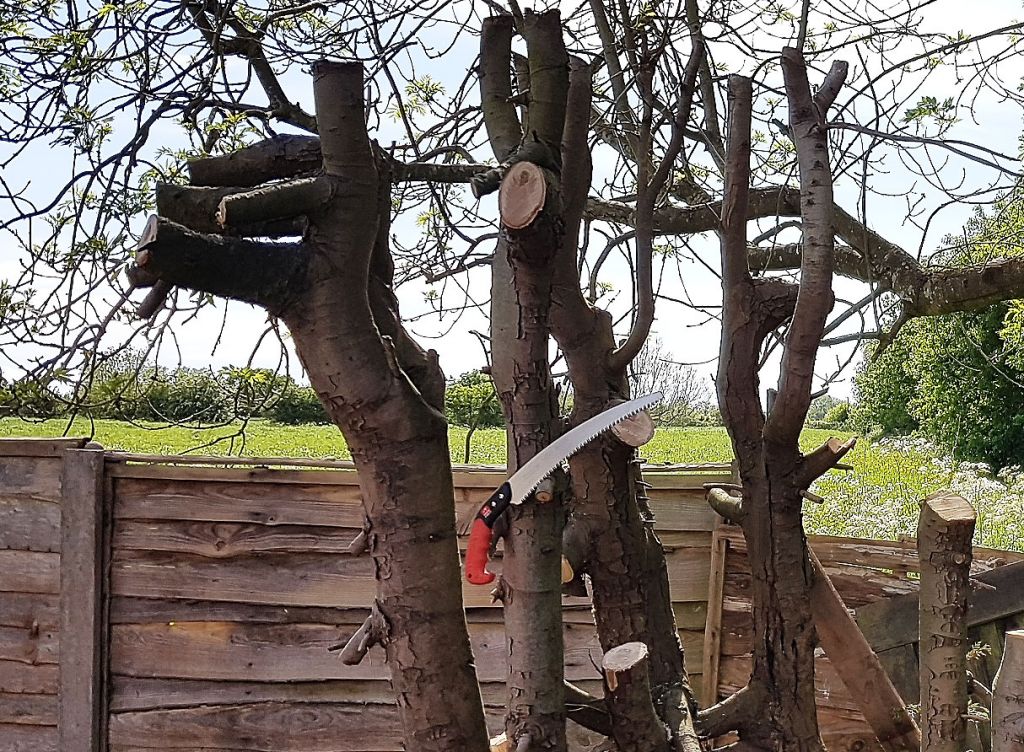 Most products have a specific use, but isn’t it more fun discovering whether something is capable of exceeding its perceived boundaries? With this in mind, I purchased a Samurai C-330-LH Curved Pruning Saw seeking to discover if it was more than an expert tool for tree branches.

With restrictions still in place and people experiencing life working at home, most of us have some unexpected extra time on our hands. There’s now little excuse to tackle all those jobs that we’ve cast aside, and one of the main areas benefitting from some newly-found attention is gardens.

At one of our properties, there was a job needing to be addressed. It wasn’t an ‘I’ll get round to it when I can ‘ job, it was one that needed to be dealt with and frustratingly kept playing on my mind. 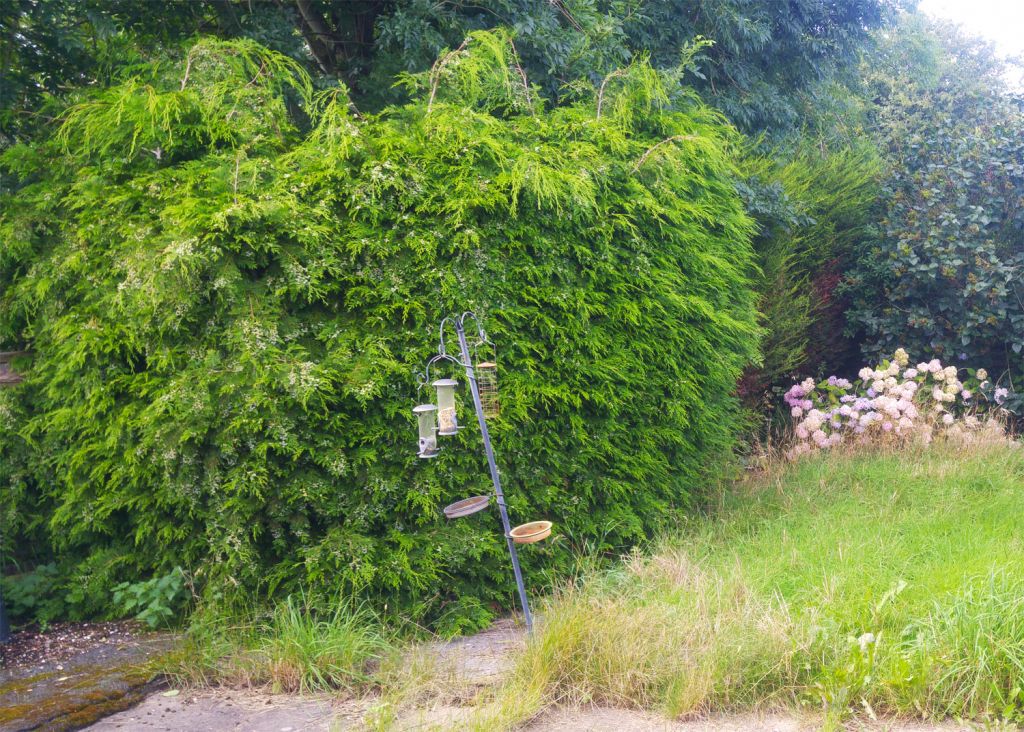 In the garden, we had a fir tree that seemed to be taking over and behind it was fencing that needed replacing. The problem was, we couldn’t get close to the fence because of the tree.

The fields next to us are used for lambing, and the thought of a cute lamb wandering in separated from its mother was a ‘no-no’. I should also mention the property is currently being renovated, so no one is living there compounding the matter.

A couple of weekends ago, I convinced my wife we needed to address the issue. I told her I’d do the more labour-intensive work and she could help with cleaning up and motivation. In the garden was one of those fir trees which was so thick, it blocked out the sunlight and chose to grow horizontally rather than vertically.

In readiness for the task ahead, I purchased some rachet-loppers designed for inch thick branches. We headed to the property and with the sun shining and after a matter of hours I had taken all the greenery off the tree only to be left with something that could best be described as the devil’s fingers protruding eight feet out of the ground. 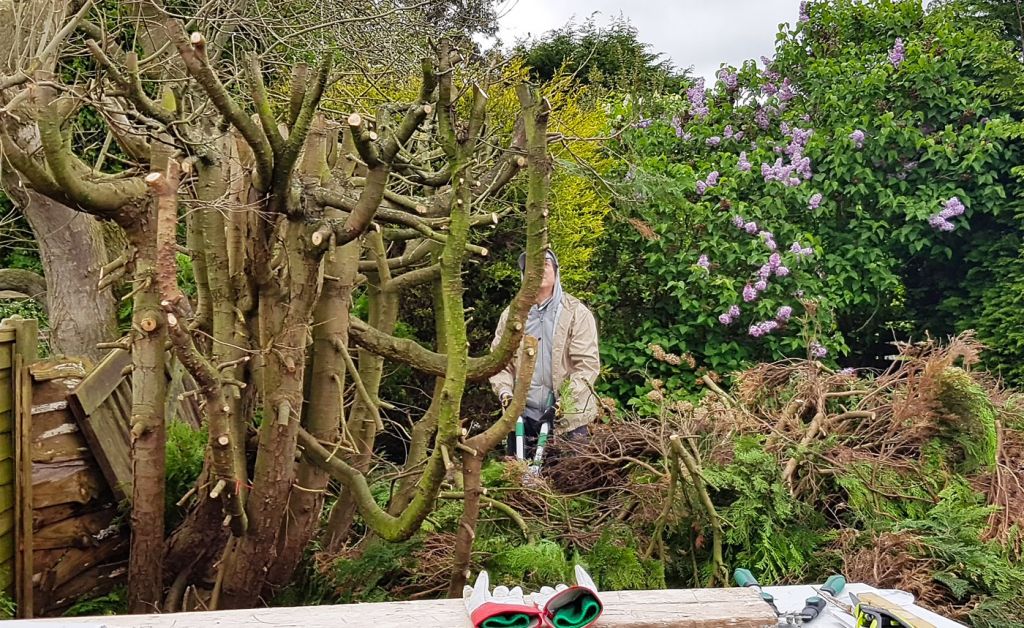 I looked at the twin handled branch lopper in my hand and realised something extra was needed. Without a tape measure, I guessed the branch measurements, and I decided that around 60 per cent of them were 3-4″ inches thick. All I needed to do now was find something capable of dealing with them.

Once home and after a shower, I started searching Google for best pruning saws. One that kept popping up was the Silky Zubat with many stating it was the professionals’ favourite. However, I am not a professional; I am a middle-aged man bereft of tree surgery skills. Plus I had no idea if I would be capable of fully utilising what I’d purchased. When faced with a decision like this, I always consider the wallet and head for something with a mid-range price.

After reading numerous branch saw reviews and watching videos, I opted for the Samurai C-330-LH curved pruning saw which came with a plastic safety scabbard. It was under £30 and from the pictures, looked very similar to the far pricier options. I took the plunge and purchased the saw from the official Samurai UK eBay shop.

Later that week the Samurai C-330-LH arrived, I looked at it and remembered thinking it was smaller and lighter than I thought it would be. I did start to worry; would it be up to the job? Now that I had the saw, any excuses had disappeared and I knew I had to build the enthusiasm to tackle the main event.

Once again, we were blessed with fine weather so I convinced my wife we should take the 20-minute drive to the property. After unpacking the car, I was once more face to face with the devil’s fingers, and today they looked considerably thicker than I remembered.

I adopted the attitude I was one of the last people on earth and needed some wood to burn and build with. I popped my mobile on a table, tuned into Heart FM 70s, donned my gloves and goggles and started cutting.

I was surprised at just how easy the Samurai C-330-LH dealt with smaller 1-2″ branches; it whipped through them in no time at all. After 30 minutes of cutting, I stepped back coffee in hand and thought to myself, that was easier than I thought. 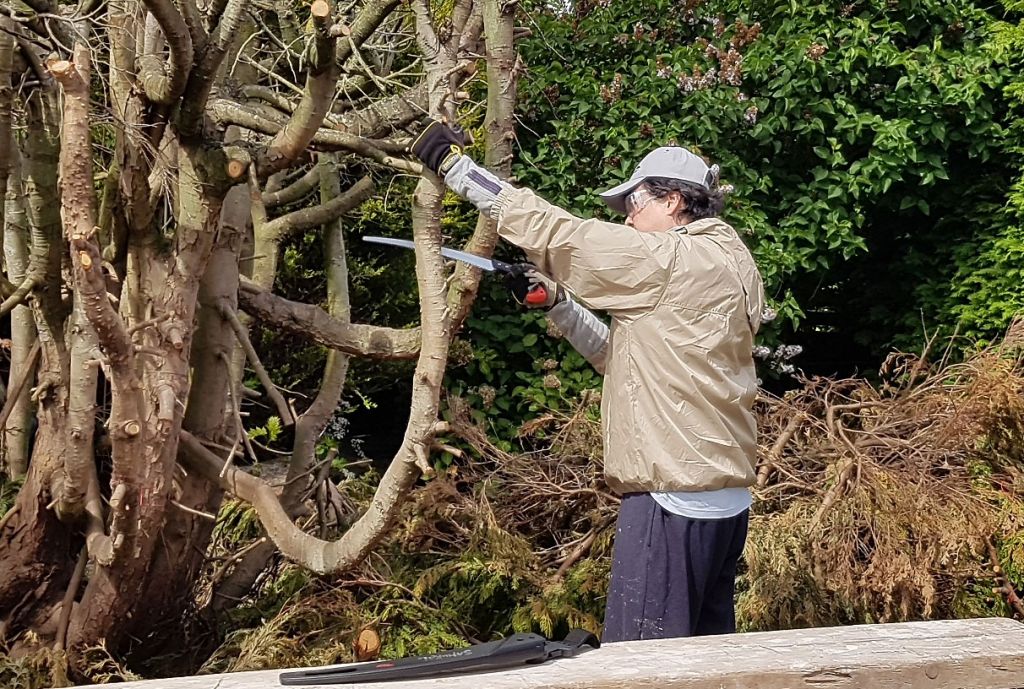 The big test was how it would cope with 5″ and 6″ Thick branches? I didn’t need to worry as the Samurai C-330-LH cut through those too. Admittedly, it took more time and effort, but it did the job. I noticed that the blade was becoming loose from the handle. I found two screws that required tightening, and I didn’t have a screwdriver with me. I looked over the rubble surrounding my feet and found a coin; amazingly, I was able to tighten the screws using the coin and was primed and ready to tackle the fatter fingers.

I sat on the old plastic garden chair, put in place for my building crew, trying to work up the enthusiasm to take on the thick trunks. My arms were still tired from dealing with the multitude of 5-6″ branches. “How the heck was I going to cut through the thickest ones? It’s a branch saw, not a goddam trunk saw.” 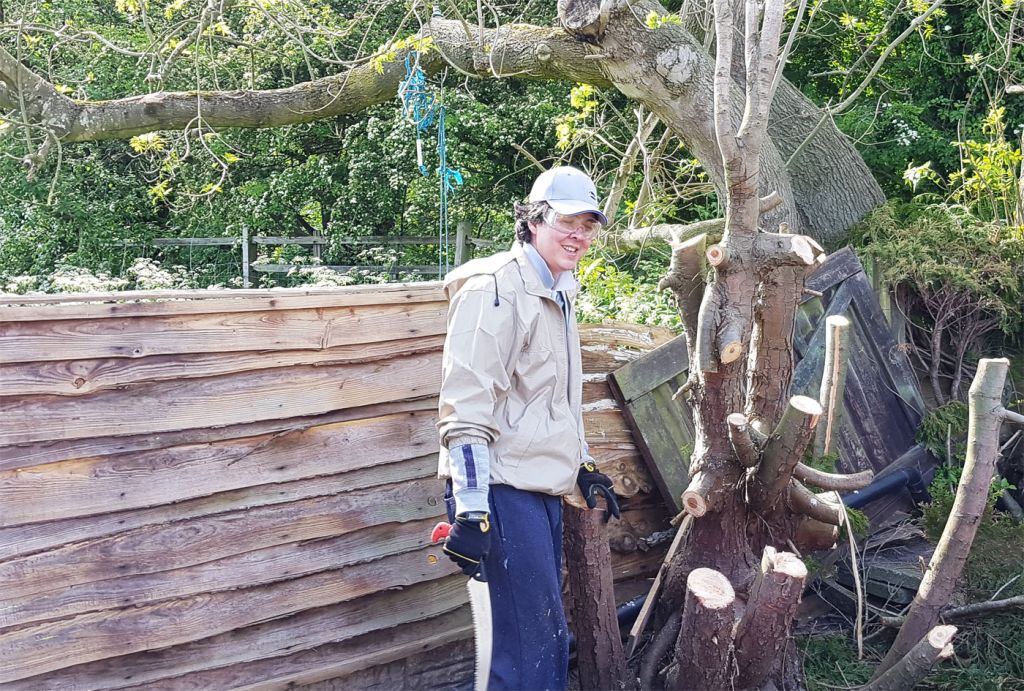 I remember watching some reviews on YouTube where people cut ‘V-shaped’ notches in trunks. So that was the plan. Cut notches in the front and the back and see what happens? Incredibly it worked, this sub-£30 pruning saw was capable of taking out trunks triple or quadruple what other reviewers said it was capable of, and I am a novice!

I was never going to remove the tree completely, I knew from the outset this would require a specialist, but I did once again prove to myself, never to judge a book by the cover.

Final thoughts
The Samurai C-330-LH Pruning Saw far exceeded my expectations. It’s perfect for undertaking a wide variety of pruning jobs, including ones a little more extreme as detailed above. It’s a lightweight tool, and there is a handy clip on the scabbard. In addition to its gardening capability, I feel it would be ideal for those outdoorsy-types who like to enjoy the wilds, in particular the growing number of ‘preppers’.

Congratulations Samurai Saws on producing a first-rate, realistically priced product that is capable of far more than its looks would suggest. 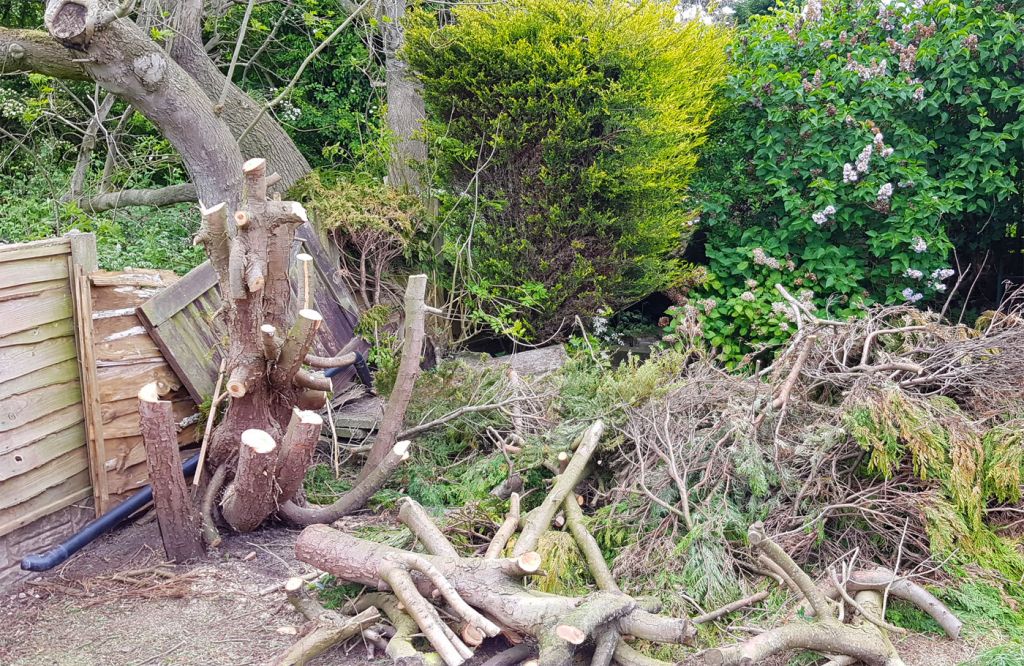 Samurai Saws – Where and how?

You can view the full range of saws at the company’s website: www.samuraisaws.co.uk.

Disclaimer: I purchased the Samurai C-330-LH saw using my own money. The manufacturer had no prior-warning this review was going to be done and was only informed after the review was compiled.

Read our guide on how to make your garden picture-perfect here.